To follow up on my recent post i thought i would put up some pictures and my opinion on the wadkin tradesman tablesaw as i can't seem to find any elsewhere online and it might help someone in the future .
The whole body is sheet metal and fairly flimsy at that but the rest is cast iron. The bed and fence are the same as an AGS10's, maybe slightly shallower at the sides of the bed but finished well.

The interesting part are the insides, its something between an AGS and a "cheap" contractors style saw; it looks like AGS parts but small and bolted to the underside of the bed. The tilt mechanism runs on an acme thread that is held to one side of the base by a ball, running about 2/3 of the way through the saw and then ending, letting a swiveling bolt move it up and down to adapt to the tilt angle. It didn't come with a riving knife but it looks like there is room to bolt one on that would raise/lower and tilt with the blade which ill make and see. The lower part of the body is entirely empty bar dust slope; thought it works great, everytime i dropped a tool it slid right to my feet.

It had an electrical issue i have fixed so i'm going to sell it on and look for the real mccoy but i will tomorrow try and see if the bolt holes for the bed line up with the ones on the AGS10 as this would actually be a really great saw if it had amore solid body.

This isn't going to be a restoration job, just fix, clean and move on but ill update as i clean it better and get it back together for some test cuts with a final verdict. 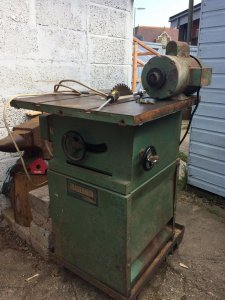 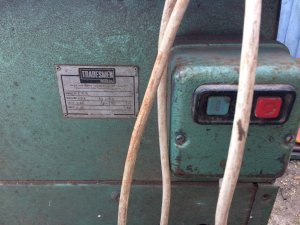 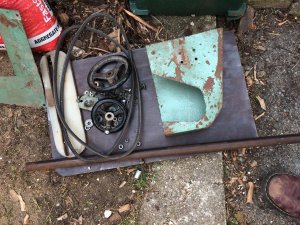 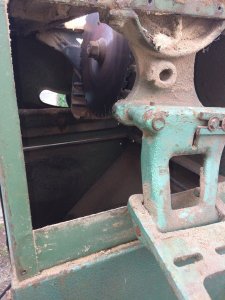 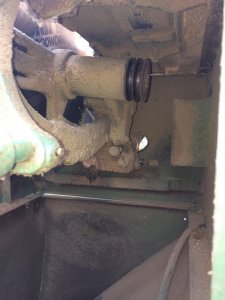 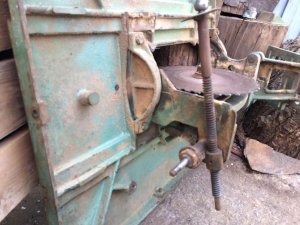 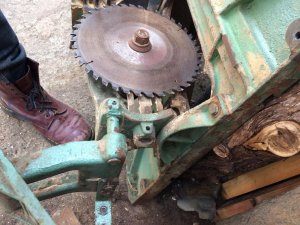 More picture and details to come tomorrow once i have finished putting the handles and side table on but its actually an extremely capable saw if someone comes across one and is looking for something better than the standard import but doesn't have the budget for an older wadkin/bursgreen or similar modern machine. I made and added a riving knife and got it mostly back together today to check the electrical problems where solved and see how it cut; i was very presently surprised, if i wasnt stubbornly set on an AGS i would keep it as it would be more than enough for what i do, but alas, i like old cast iron things..
Ill add all the dimensions with some more picture.