I've just picked up another Startrite 145 table saw this morning ( I've refurbished a few of these saws now but all have been 240v single phase).....This one is a 3 phase model but came with a VFD.
Apparently, the last time the saw was running was about a year ago and it ran fine. However, when they tried to run it recently as it was about to be put up for sale, it would not run.....

Can anyone shed any light on what the possible cause may be?
When the VFD is plugged into 240v via a normal 3 pin plug, various lights illuminate on the front of the VFD and I can here a slight clunk from the motor.....The motor spindle/saw blade rotate freely with no restriction.

Here is a couple of pictures of the VFD......There are no identifying model numbers or a manufacturers name on it as far as I can see.....Does anyone recognise it..?? 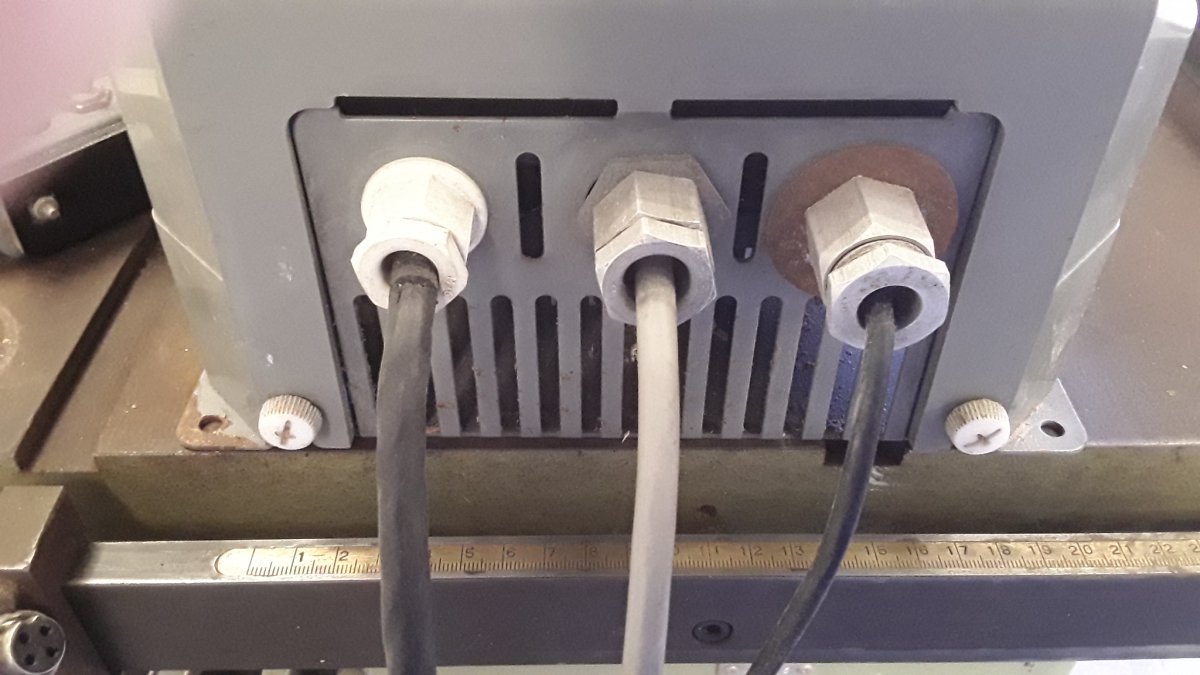 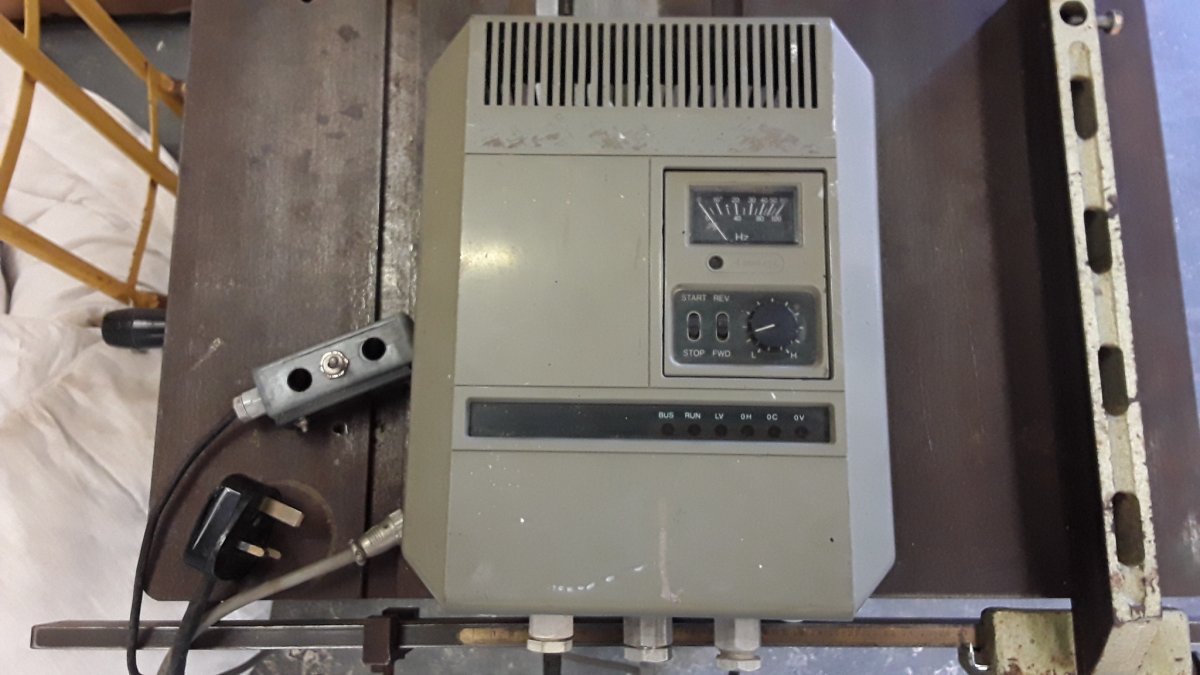 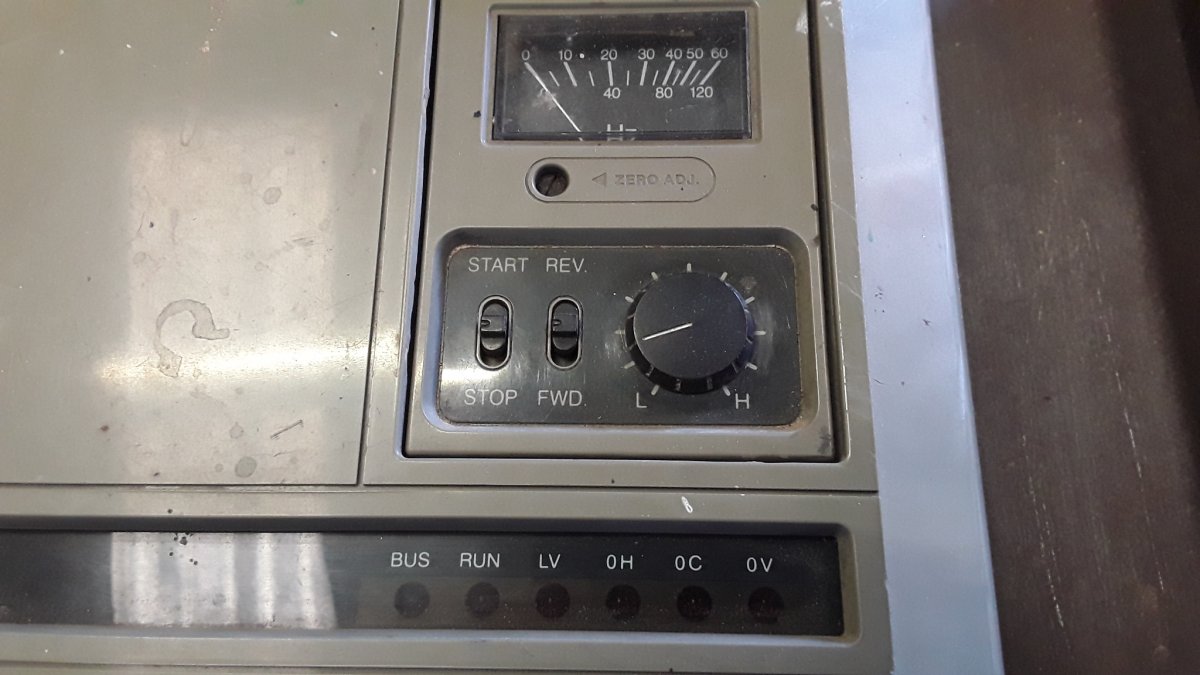 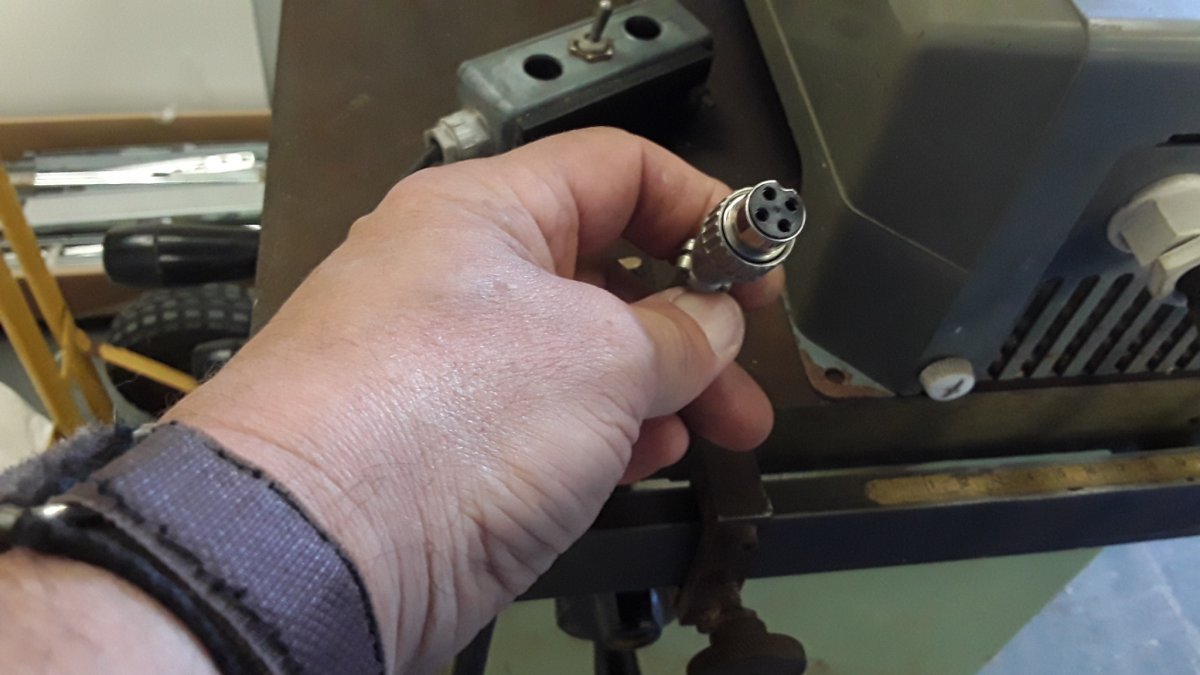 The small 4 pin plug fits into a corresponding socket mounted onto the front of the saw case, which in turn is wired to the motor in 3 core + Earth cable.

I think and I emphasize I THINK, the capacitors may have discharged from sitting for too long. They need to be recharged, sometimes called reforming, to revive them. The manual for the VFD might tell you how to do it (not a help this time) or you can do it along the lines of the links.

This article discusses the importance of periodically reforming VFD capacitors after they have sat for a while. Additonally, time intervals for KEB VFD products is given.

Thanks for that @Inspector

I'm afraid I dont have a manual for the VFD....I have no idea who the manufacturer of it is/was.....It does look quite old but not sure if it's the same age as the saw, which i think is dated about early to mid 1970's by the look of some of the details on the saw itself.....

Does anyone recognise the VFD by any chance...? I've Google searched pictures of older VFD's but to no avail so far......

That thing looks ancient, I didn't realise VFDs went back that many years. The four pin plug looks like a controller cable rather than a power cable. I assume you've checked the three cables from box to motor are all connected. If one is not connected I think the motor will thunk as two of the coils engage but it will not run. However please be careful with electronics, especially boxes with big capacitors in them, they can be very dangerous way after unplugging.

That 4 pin plug is the only means of supply to the 3 phase motor..... There are 3 conductors + earth coming from the rear of the 4 pin socket directly to the motor terminal box....

There is a toggle switch mounted to a small metal box which appears to be a means of just turning the motor on or off without doing so on the VFD itself.....I think..?!? You can just see it in the 2nd picture and just above my hand in the final picture....
S

Inspector said:
I think and I emphasize I THINK, the capacitors may have discharged from sitting for too long. They need to be recharged, sometimes called reforming, to revive them.

Good article there Pete.
This procedure often isn't included in the manual. Each company can have their own take on it, and you may find a simple instruction to call in a distributor for service rather than the manual telling you.
It is good practice in industry who don't want the down time of a double failure to pull spare drives out of stock every 6 months and hook them up to keep the caps in good shape. That of course assumes they have a site electrician on staff.
For the average bloke, by the time you have bought a variac to allow you to reform the caps properly, you are a good way to the cost of a new VFD.
It's a cautionary point for VFD's sourced from everywhere except the main distributor network. I've seen and have bought brand new drives, vacuum packed, that are several years old. There is no way that these can have been maintained and I take a couple of hours to reform every drive I buy regardless of where it came from.

OP. This is a really old piece of kit. Just scrap it and get a new one.

I haven't a clue about this particular VFD, but from experience with the huanyang when it wouldn't start, was to pull out the main ribbon cable (obviously with it was unplugged and discharged)
which attaches the front panel with the innards, and do a parameter reset afterwards.
Got mine working before, worth a shot if all else fails and it's bound for the skip.
The CNC sites might be worth seeing if anyone has your particular drive also.

Sideways the VFD I have does have the procedure for it in the manual somewhere in its 195 pages.

It is a Powtran from China, one of their better makers. I only found out about reforming a couple months or so ago. Would be nice if it was better known in general and be posted at the start of the manuals with a warning about not letting them sit too long. Once one does have a variac they are set for the future so maybe not a bad tool to have. I should start looking for one before it becomes a necessity.

Thanks to everyone for their insight, its much appreciated.

Under the circumstances, I will probably just swop the motor over to a 240v single phase one. I have a spare 240v motor, so this seems the easiest option.

Had I managed to get the VFD working without too much faffing about, I would have left the saw as 3 phase with the VFD but it's more than likely someone would be more interested in buying the saw if its 240v anyway....

Anyone that may be interested in an old VFD to have a fiddle about with, drop me a PM and I will stick it in the post....

Well, I have managed to find out the make & model number of this VFD in case you were all wondering...

It's an Allen Bradley 1331 AAF07. I've found a couple on Ebay and they look identical but do have a label on them.

I'd consider this approach before you send it off for parts, just for the craic.

Should take all of 5 mins to take the cover off and unplug the ribbon cable, and do a reset afterwards.

Video's clipped to the part i'm on about.
Works when you trip out a hauanyang by use of the pot anyway.

Love that you found it, and you that you let us know. I burnt a good 30mins on google images trying to identify it.

I was just lucky to find it to be honest.......Allen Bradley seem to be big in VFD's it would appear.

I'm going to take it apart and check all the connections over the next few days, but as I said earlier, I'm not going to spend too long trying to fix it as i can just swop the motor for a 240v single phase one that i removed from an un-repairable incomplete saw that I bought purely for spares.

Glad I found out who the manufacturer is though..!