I have been doing lots of searches on here and found lots of very good information, but its a little out of date with links that don't work etc

1. Replace the motor with a new one with inverter and switches complete off the shelf (like the look of newton tesla but looking for a cheaper option)
2. Buy the above components separately and install myself - looking for recommendations
3. Run the 440 v motor with an inverter add new switches etc ?

I'm no electrician or have any experience of setting anything up like this before, although I have wired my workshop with numerous sockets and lighting etc without any problems

Your motor if original is likely to be old as its not dual voltage (though you can run a 415v 3 phase. motor off 240v 3 phase with no ill effects other than slight loss of power)
You can have the star point dug out to make it 240v but thats likely to be pricey if you cant do it yourself.
A new (new or s/h)motor to fit wont be much ( £50-100) easy to fit on a jubilee unless you going for a power increase from original (3/4 hp)
Then a quality vfd will be £120 ish less for a Chinese one
Yes you can buy vfd’s with 240 in 415 out but these are pricey
Sorting the pulley out if the shaft size is different
Then wiring up put the vfd in an enclosure.
D

From memory, the motor on those is foot mounted. If you want a 1hp 240v 3p motor I've got the one off my 352, been sitting under the shelf for years, but works fine with an inverter off 240v. PM me if interested (it will be cheap!)
Sorry, no idea why this has repeated, but cant seem to find a way of getting rid of it.

Thanks for the quick replies much appreciated, running the 440v 3 phase motor off 240v 3 phase with an inverter looks a good option - where would I find simple instructions of how to do this and what size inverter would I need ?

Dick thanks for the offer on the motor, I'm down on the south coast bit far a way to be honest otherwise would of been interested

The motor as as attached 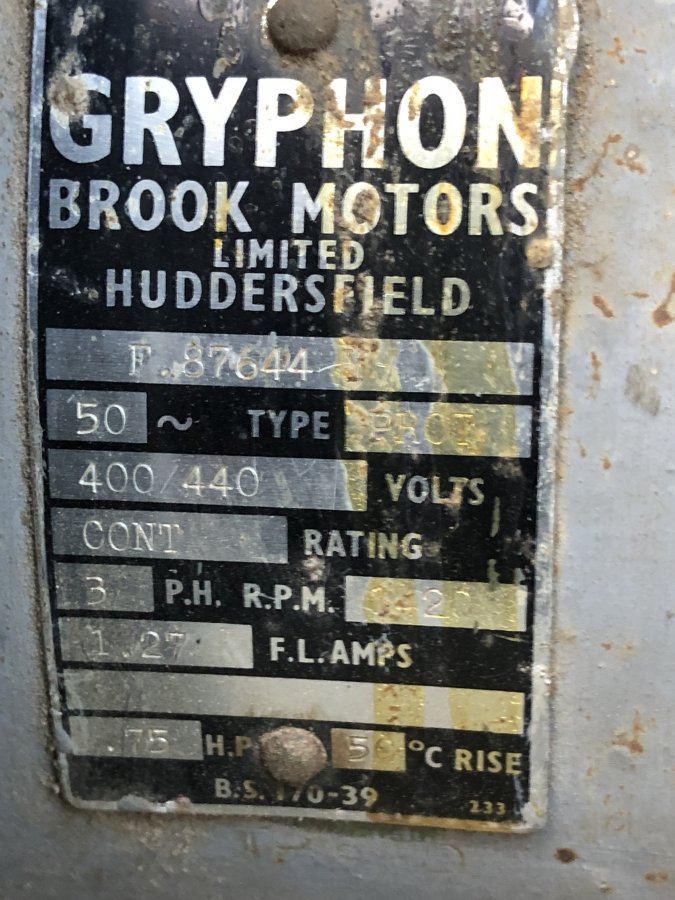 You only need a small (0.55 kw) vfd to power that motor
You MUST only Connect a vfd directly to the motor …not through any switchgear.
The switchgear connects to the vfd control terminals
Vfds can sometimes be tricky to set up do you know someone local tom you who can help?

Thanks I have been looking into connections and assume that I will have to set up a Delta connection ? also thinking of using Newton Tesla switches at bottom of this page NEWTON TESLA, Lathe Speed Control, Warrington I think that's a neat set up purpose made for my lathe

I am also looking into getting some help

Could I use a larger VFD, just thinking about future use and getting a larger motor

Christeve, it's unlikely but you may find the motor is reconfigurable to delta in the connection box, even though it's not on the name plate. For the sake of five mins it could save you lots of effort. Open the connection box mon the motor snap a photo and post it here.

Hi Chisteve I can’t help with your problem I’m no electrician just a fellow woodturner and neighbour interested in what you are trying to achieve.
lm in Havant 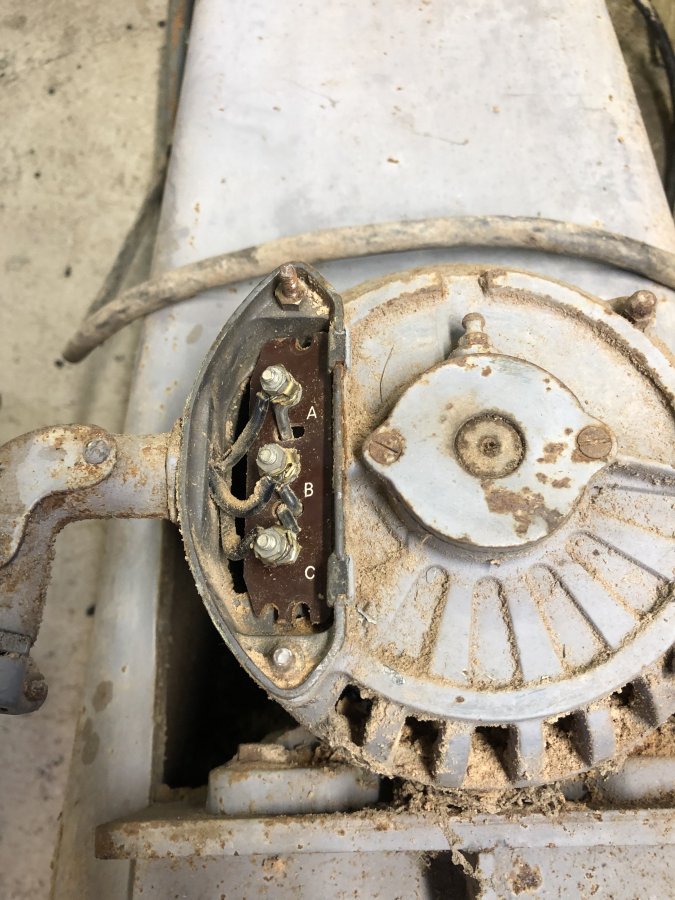 A larger motor will be fine if you are thinking about larger bowl work but if its spindles and bowls< 9 inches or so then your 3/4hp will be fine
as i said earlier running it on 240v will do no harm ( wired as it is...in star) less power but it will get your lathe up and running for the cost of a vfd

The motor plate was not lying , a longshot but worth the 5mins to check.

I have been looking, they appear not that common
F

Find many great new & used options and get the best deals for Invertek Optidrive E3 Inverter 240v 1 Phase To 3 Ode-3-120043-1f12 .75kw at the best online prices at eBay! Free delivery for many products!
www.ebay.co.uk
F

Buy one of these now…

Remember your invertor has to be capable of handling more current than just the FLA of the motor if supplying from a single phase source because your 0.75Hp motor is normally supplied by a true three phase supply and with the invertor that one phase has to deliver to three phase windings, roughly 1.75 times.

" A rule of thumb Hitachi recommends is to start with a three phase motor’s full load amperage (FLA) and double it. Then select an inverter with this doubled continuous current rating to ensure an adequate margin in the input rectifier and bus capacitors to provide reliable performance. "
Last edited: 17 Nov 2021
F

Given that the invertek i linked to can supply 4.3 amps per phase and your motor only wants 1.27 they will be fine for your application and indeed if you upgrade to a 1hp(750 watt) motor
F

Just remember that if you run a 440V motor on 240V without rewiring from star to delta, you will suffer a proportionate loss in torque and power. Are you sure this is acceptable?

Chisteve said:
Thanks I have been looking into connections and assume that I will have to set up a Delta connection ? also thinking of using Newton Tesla switches at bottom of this page NEWTON TESLA, Lathe Speed Control, Warrington I think that's a neat set up purpose made for my lathe

I am also looking into getting some help

Could I use a larger VFD, just thinking about future use and getting a larger motor
Click to expand...

You can derate the power on a lot of them, not sure about all brands though.
Surely you have read Bob's (myfordman's) induction motor document which has nearly all the answers to the questions you've asked and the ones you haven't yet.
You can find it in his signature at "the other place" which shall not be named
It will be necessary to understand what the parameters are, like things referring to speed i.e 50hz is the rated speed for European induction motors...
Motor pole number, i.e 2 pole around 3000RPM and 4 pole which runs around half that speed is also obviously important.

Easy stuff once you get familiar with things, and a great introduction to the world of 3 phase machines, should one be on a tight budget and not able to afford the single phase equivalent.

That button station could do with a bigger stop button, although you can just hook up additional stops wherever you want.
You can buy those buttons for a quid or two a piece, and make up a box for them instead of buying a fancy pants "button station" which there are likely much cheaper equivalents of on the bay than what you linked, but still overpriced IMO since the buttons are nothing special.
Just a N/O green button for start, £2,
An N/C red button for stop, £2, or a mushroom stop enclosed it's own yellow box for £3.
I like the basic ones which lend themselves for paddles on more dangerous machines. 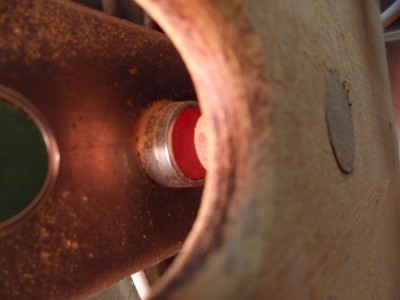 A potentiometer for speed control, likely 10k rated, £2. make your own press on dial, or pilfer one from an electric guitar.
And two switches for for/rev and for jog, likely the same cost.


I haven't needed to look into motors for a lathe, just for a bandsaw and tablesaw,
but did read on Bob's document, something about "vector" type drives, having more torque at low RPM's ?

Go and download the PDF or google document, best thing I've read on the subject.
You would likely be more confident after having some knowledge and in a better place for
answering your question, as in whether you want to have a go at finding the star point and converting the motor to dual voltage instead of fixed star wound, or paying up for a more expensive VFD which can be used with high voltage star configuration.

Seems you want the features which the VFD/inverter provides, so sounds like it's worth a go, especially if you intend on swapping the motor.

Just beware of the capacitors holding lethal charge for some time after being unplugged, and beware of the motor commands for speed HZ, pole number, RPM, on various parameters, and as said above no plug inbetween VFD and motor.

Advice on buying an emergency generator
2 3