I have not worked with Black Cherry before but after my experience I will be cautious of doing so in the future.

As a forthcoming present for a relative I ‘first turned’ a small bowl on a stem using some green Cherry wood and then over two days dried it down to about 10% using the microwave method.

I finished turning it and then used three coats of Danish Oil as a finish, with about 6 hours between each coat, and then left if for 3 days to cure before buffing.

The result was a nice satin sheen on an interesting grain pattern, as in the pic.

I put the bowl aside ready to be boxed and then picked it up today (about two days later) and found to my horror that it had warped considerably (see next pic).

I know that Black Cherry is prone to cracking, and I had to deal with a few cracks after drying, but I was most surprised to see this warping in a bowl that was effectively finished. This is the first time I have experienced warping of any wood after completing a project.

So I have had to re-turn the bowl significantly to remove all the distortions and have applied cellulose sealer instead as a finish with some cut and paste and a buff. So the bowl is ‘rescued’ but it’s a very different entity with a different finish - see pic.

This raises a few questions:

Does Danish Oil, once cured, acts as a seal to the wood, like sanding sealer, to prevent moisture changes and warping?

Is this behaviour of Cherry typical and how might such warping after finishing be avoided?

Thanks for any thoughts, 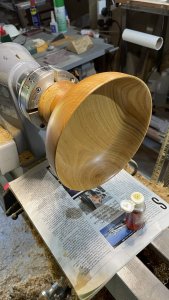 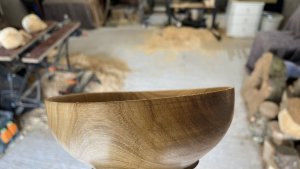 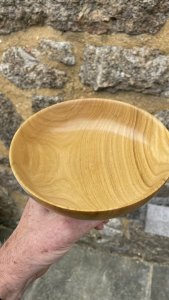 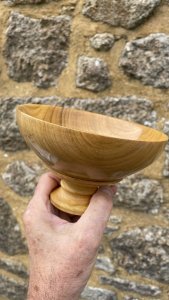 Kerrowman said:
Is this behaviour of Cherry typical and how might such warping after finishing be avoided?
Click to expand...

It‘s going to happen with any green timber, and can happen with seasoned timber as internal stresses are released when you cut it. IMO Cherry moves more than many other woods. If you can prevent the bowl cracking then the deformation can become quite a feature. Can you believe that this bowl on the table in front of me was actually turned? 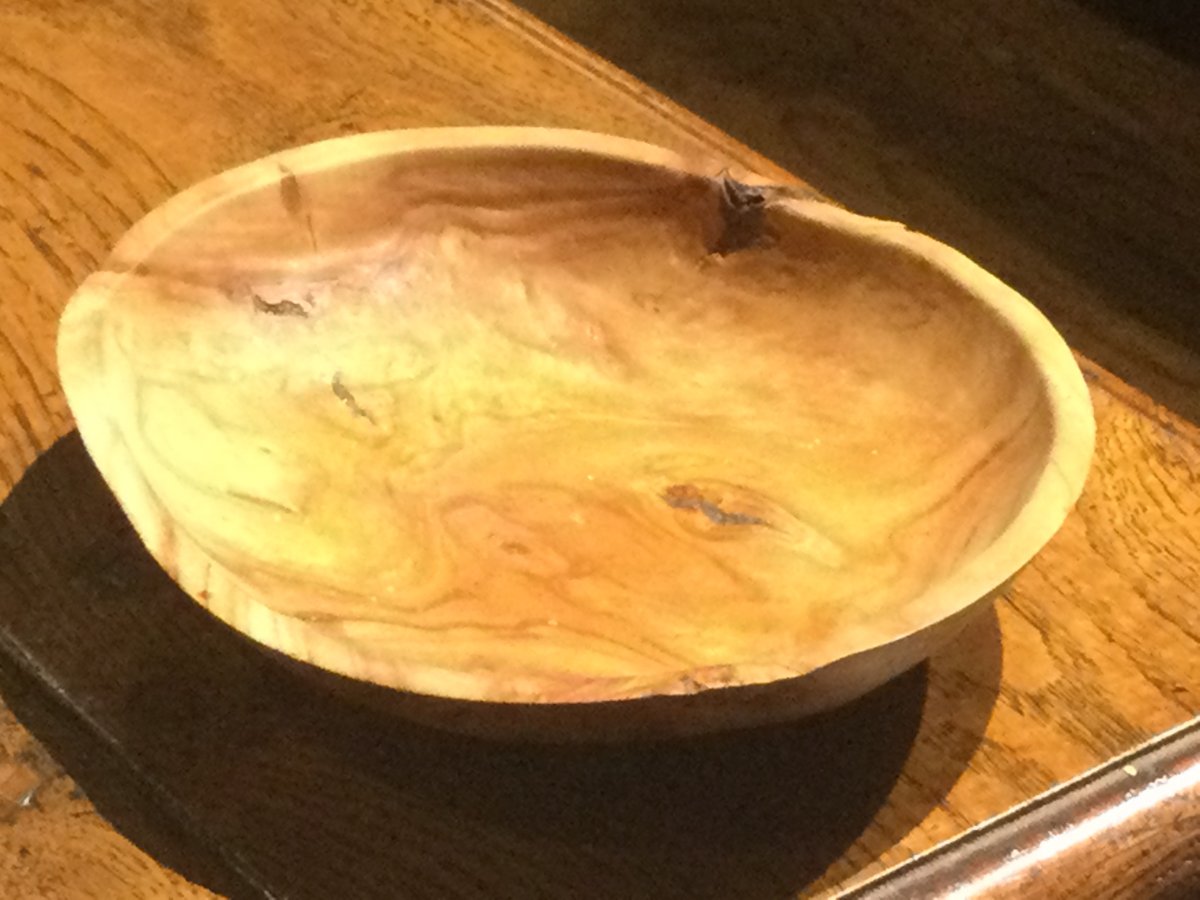 I can see that one might get some quirky, if unpredictable, but charming pieces with warping. I think perhaps my biggest mistake was to include some of the pith area in the bowl. If I hadn’t planned to have a pedestal I could have got a bowl from a shorter (squatter) piece and cut out more of the centre.

We learn most from our mistakes

I’ve had the same experience with wet cherry. I rough turned a couple of bowls from stuff a neighbour gave me and put them aside to dry. After a couple of months they had both warped and cracked to such an extent that I couldn’t do anything with them. I’ve been wary of cherry (wet stuff) ever since.

I can see why. I’m loathed to buy kiln dried material as it is often so hard and when I have some fresh material from a local tree surgeon. I guess using Cherry is a bit of a wild card - you may be okay but often you won’t

Tool marks or just the wood?

Hard finish for pestle and mortar