Stripping down a Startrite Mercury - The Good, The Bad....

Now that I've the chuck off (at last) I spent a few hours today stripping down the machine. Aside from the weight of the thing it wasn't too tricky - with the exception of a few bearings, see below. Many of the bolts were reminiscent of Goldilocks, i.e. someone's been messing with it, and few were matching. These are easily resolved, so I'm not too bothered about that. Anyway, here's the results so far:

- a homemade, wonky belt cover holder :roll: This will need replacing along with the belt cover, which is an abomination made out of aluminium 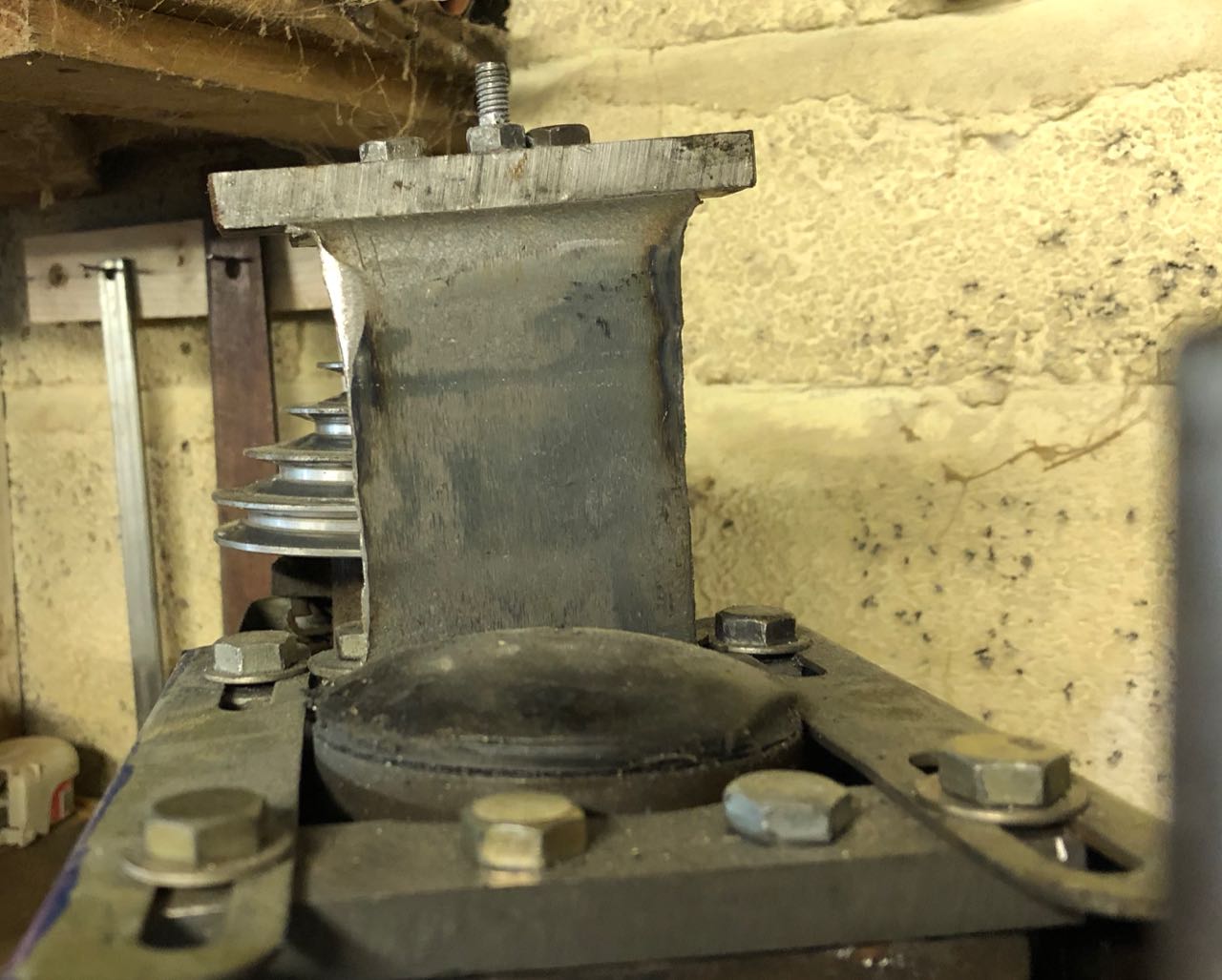 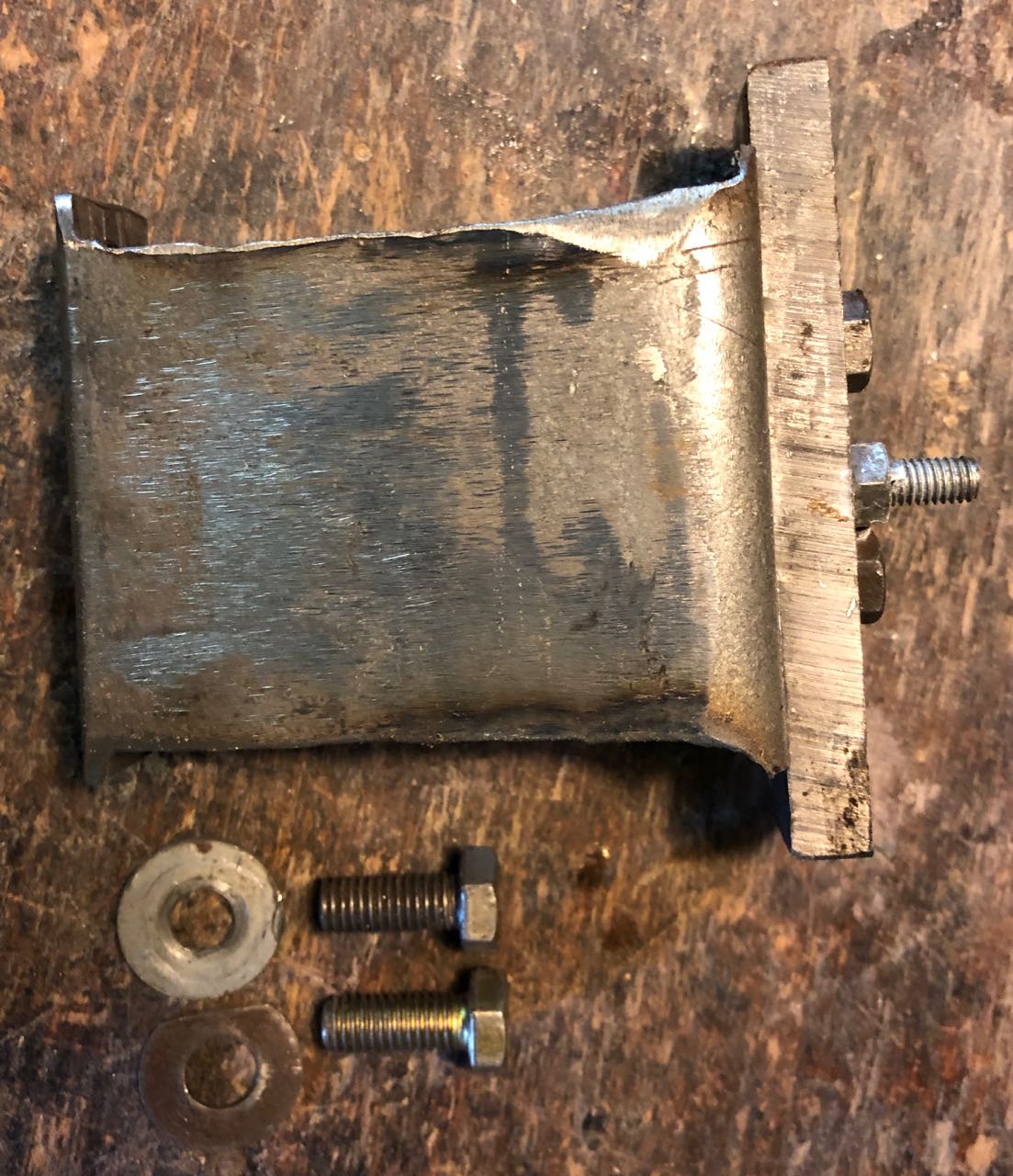 - a couple of off-centre supporting brackets. I don't think it matters that these are a right mess as the various brackets bolt to it ok 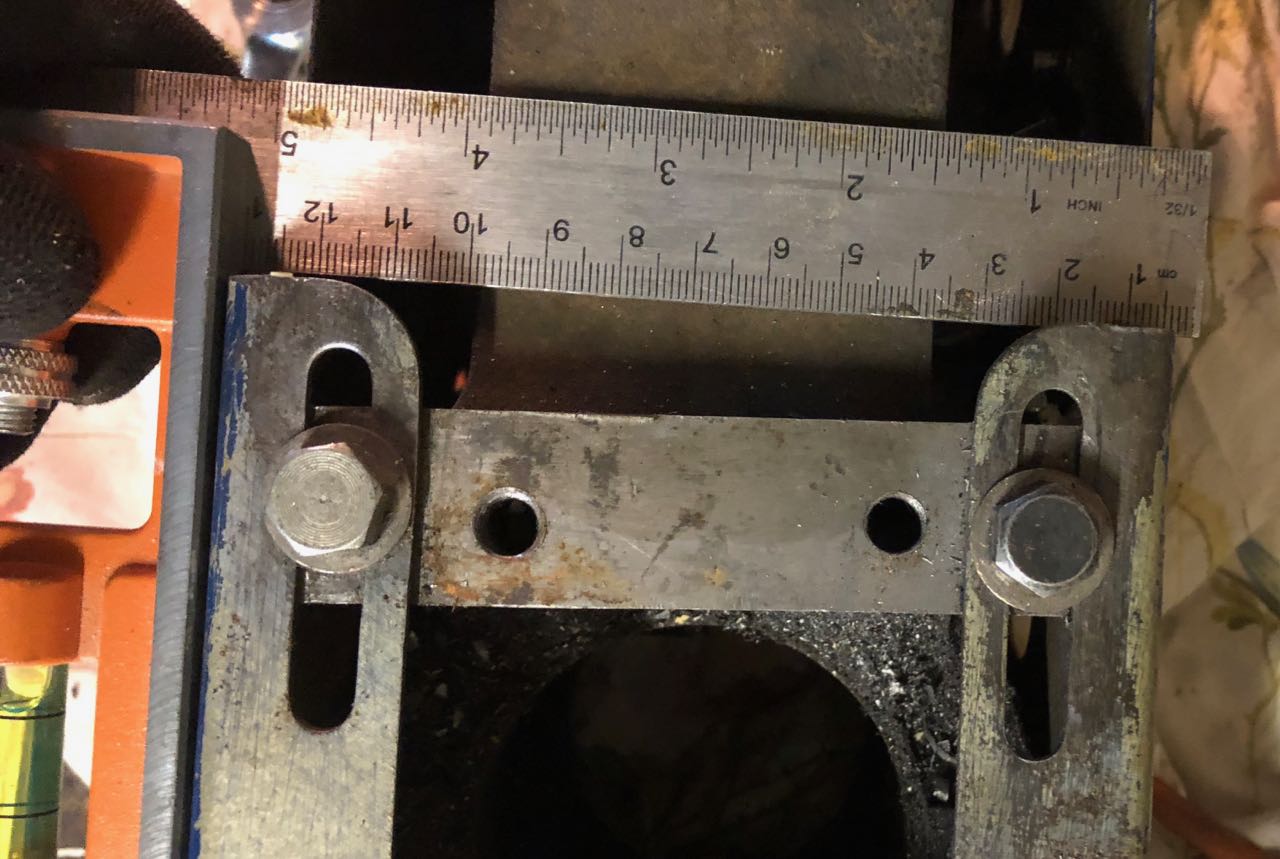 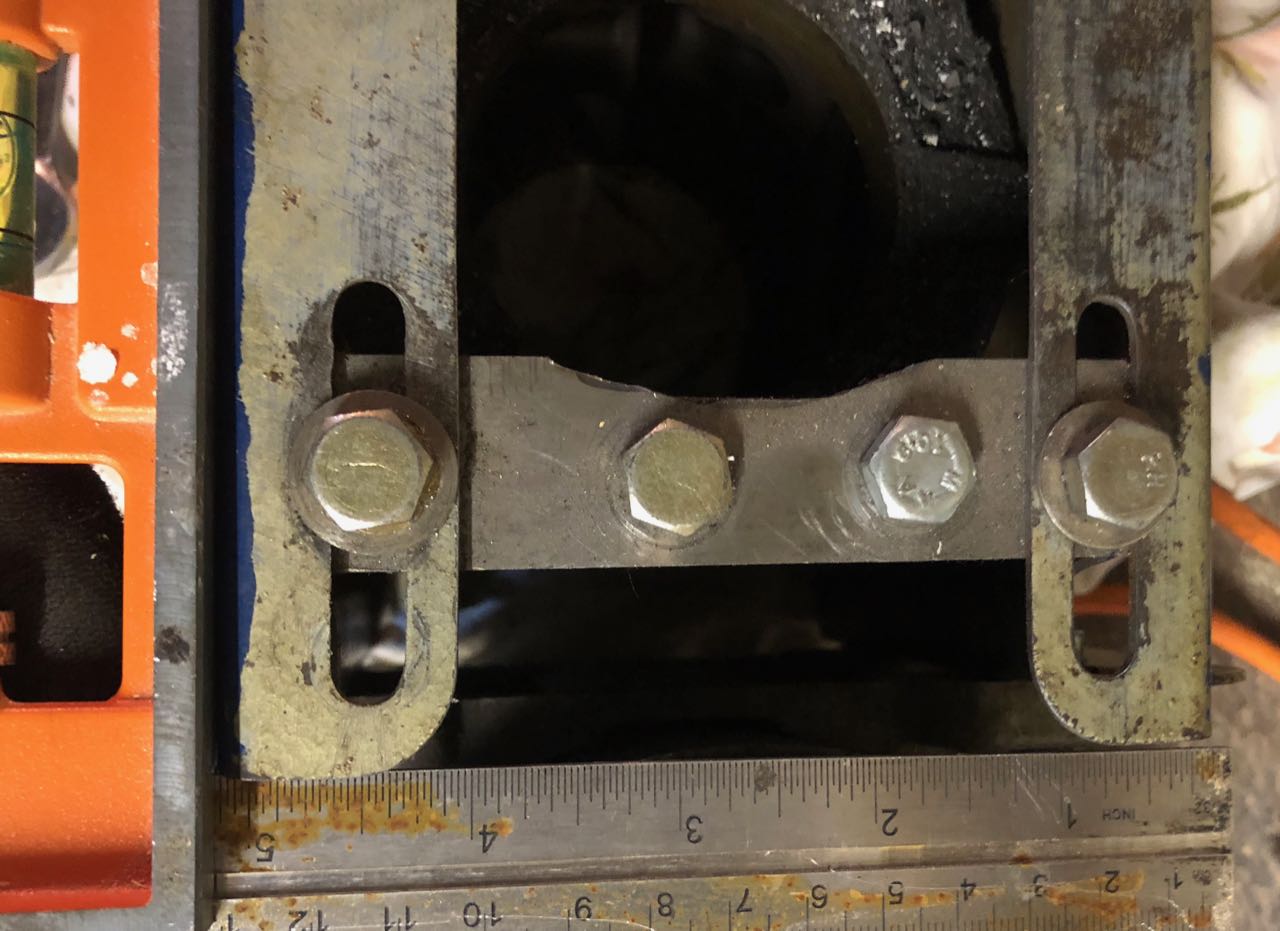 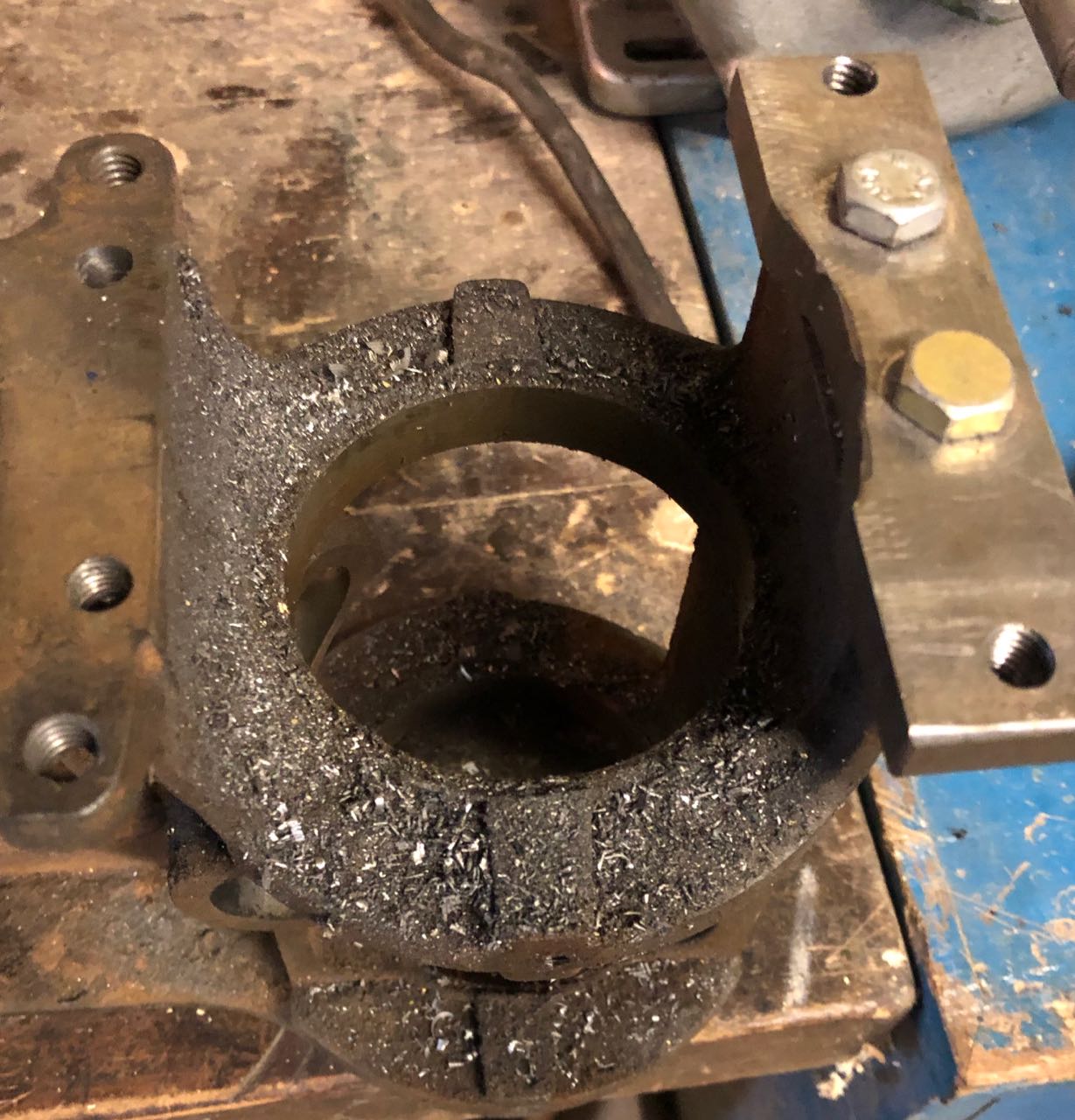 - And now the quill. This had an unusual section towards the chuck end. It appeared that there was an insert, so I loosened the grub screw and removed it. Its face has been very poorly machined and will need addressing. 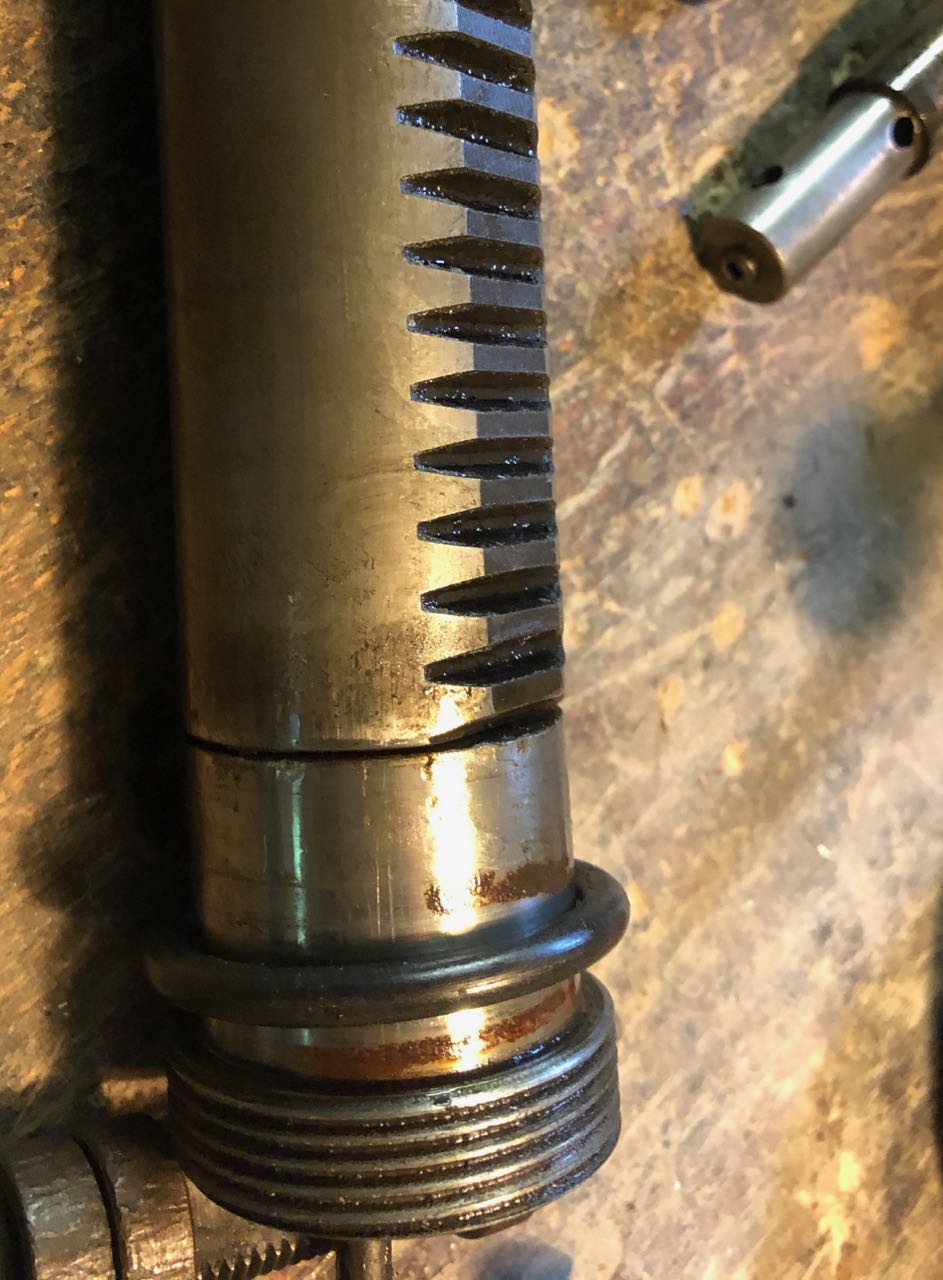 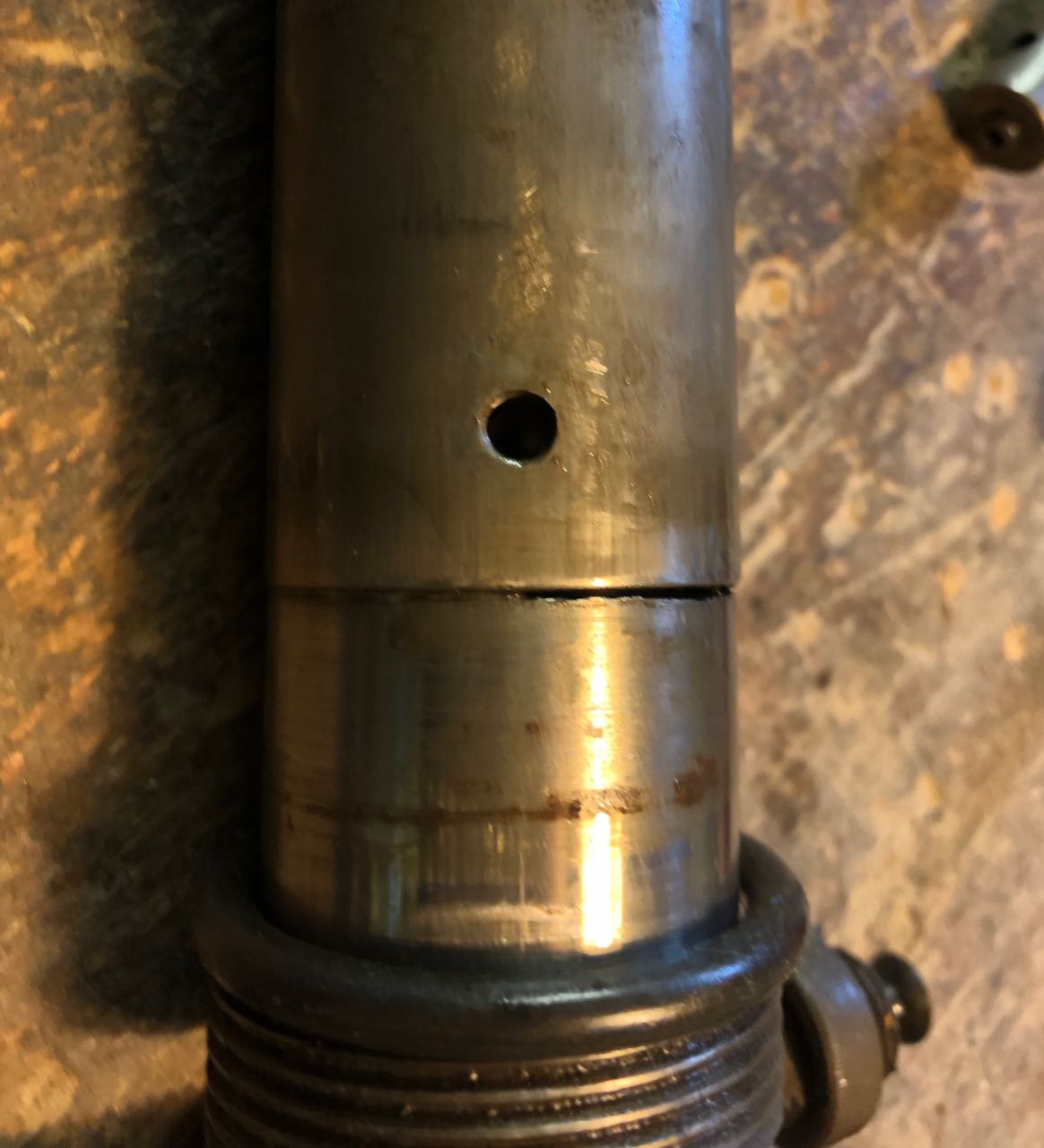 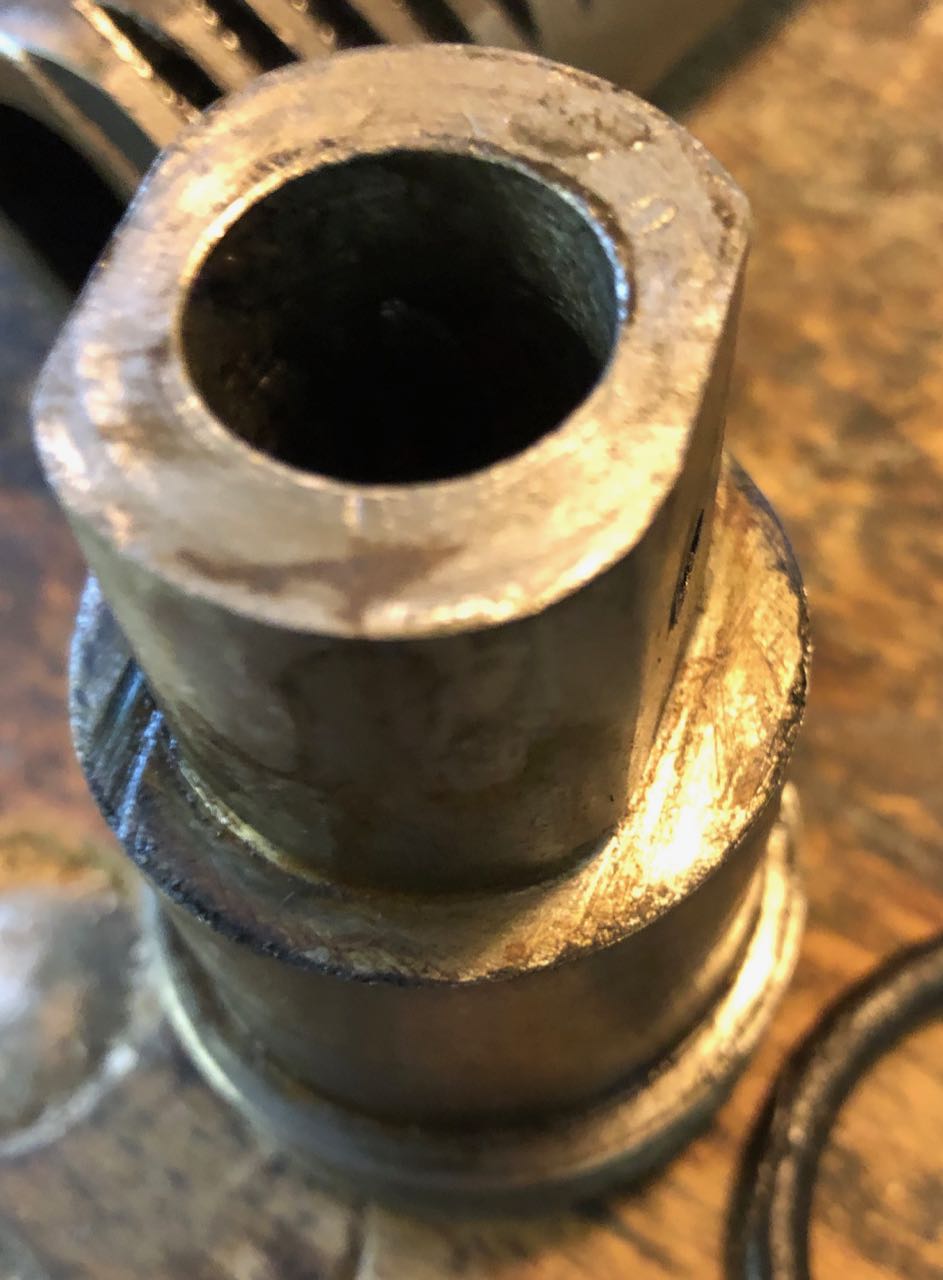 - I removed the bearings on the quill that I could. I think the upper one should be held in position via a grub screw: there wasn't one! It came off the quill easily. As did the middle (open) bearing. But the one at the bottom is fixed. I'm not sure how best to remove this bearing. Like the upper one it is not smooth and has some play. 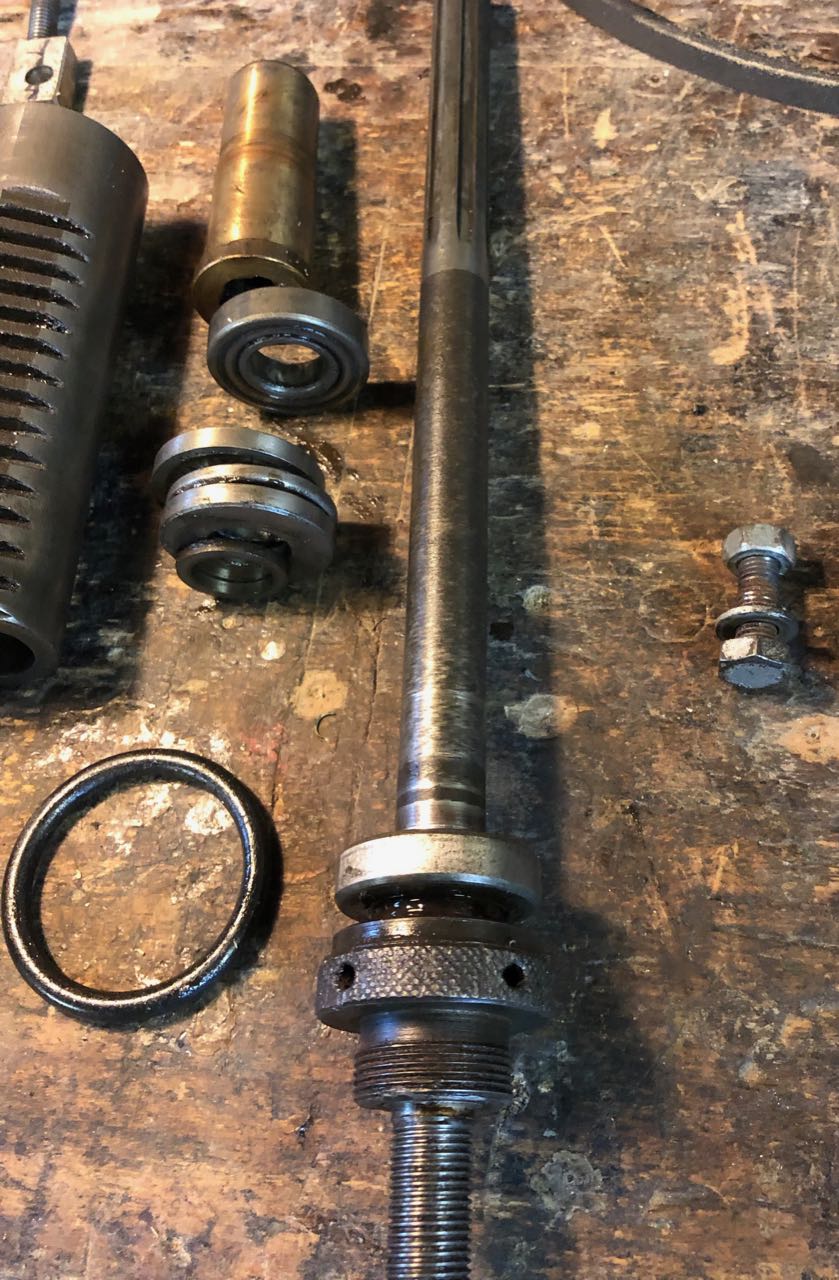 - The bearings that hold the shaft in position in the top of the frame are much larger. There are 2: one above the other with some sort of bushing in-between. Unlike the quill bearings (above) these feel lovely and smooth. Through my own ignorance I've not attempted to remove them. 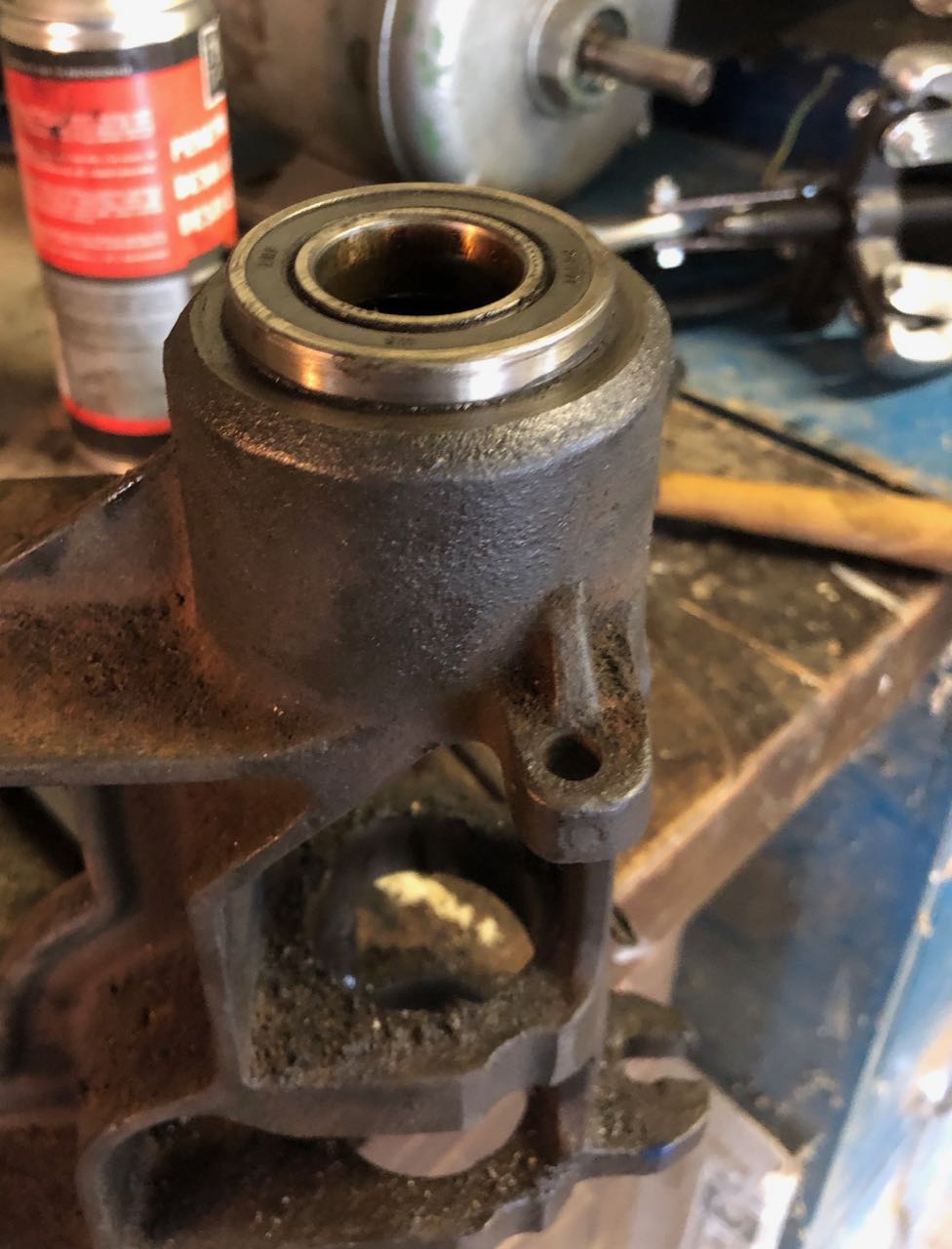 So in terms of importance I want to (1) remove the lower bearing from the quill, but don't know how best to - any ideas? (2) sort out that poor machining of the lower quill's face. I don't have a lathe and it's been years since I used one, and don't fancy spending £££££ on getting a local company to machine it for me. Is there a section of the forum where I could enquire if anyone local (I live in Bristol) would be able to do this for me? 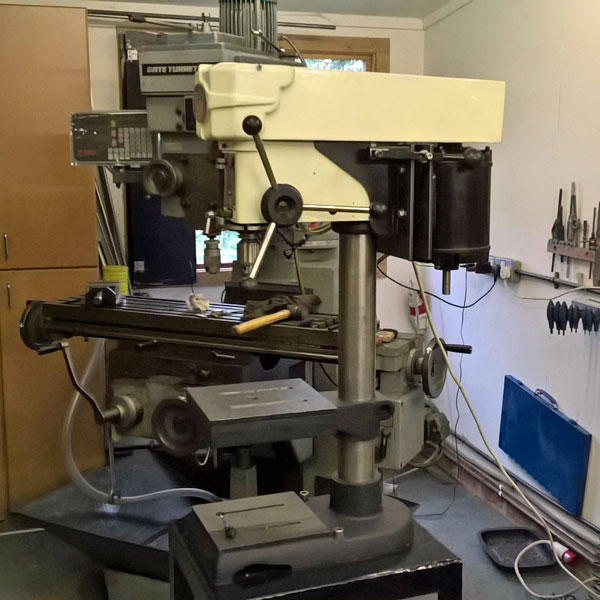 Thanks for your reply. Looks like yours is in good nick now. There appears to be a minor design change over the years with these drills. Perhaps it’s only one small thing, but it’s obvious from the detailing of the front belt guard (that has the startrite badge)- the slightly older machines, like yours, have a rounded, stepped side kind of like several quarter circles, whereas the newer ones only have a single curve. Like yours, mine is the older one.

Anyway, since I last posted I’ve ordered replacement bearings for the quill. I decided to pay the extra couple of quid and get the SKS ones rather than the unbranded Chinese ones. The retaining collar above the upper quill bearing is missing (5/8” ID) so that was eBay to the rescue.

I’ve cleaned the main casting, primed and painted it yellow. It looks really good. My main aim is to make sure the quill is 100% tight and smooth before I go any further.

Once that’s good I’ll turn my attention to the large column. As I don’t have a lathe I’m going to use a heath Robinson lash up to clean it. Then it’s the table and base.

There’s a number of other things too, but hopefully they’re minor (5 step pulley is wrong ID, belt cover is missing - looks like just thin steel sheet. And then I need to find some startrite green paint).

All in all it’s like Pandora’s box. But, as many have said, it’s very enjoyable and I’ll end up with a great drill on completion.

I’ll upload some photos when I get a chance.

Here's a little bit of an update.

I got the replacement bearings for the quill yesterday. They were 5/8" I/D, so a little on the unusual side - paid the extra couple of pounds for some Swiss ones, which are butter smooth. Now that the paint on the frame was dry, I reassembled the quill and it's rock solid and beautifully smooth. Happy days.

I only have a small garage and no lathe, so I saw some folks in a similar predicament had used a heath Robinson affair to clean up the drill column. Managed to get a second hand skateboard for a fiver (which was less than buying suitable wheels from screw fix) and cobbled this together. The column has come up beautifully - and it was a cinch too. I put a couple of coats of wax on it before I put it back in the base. 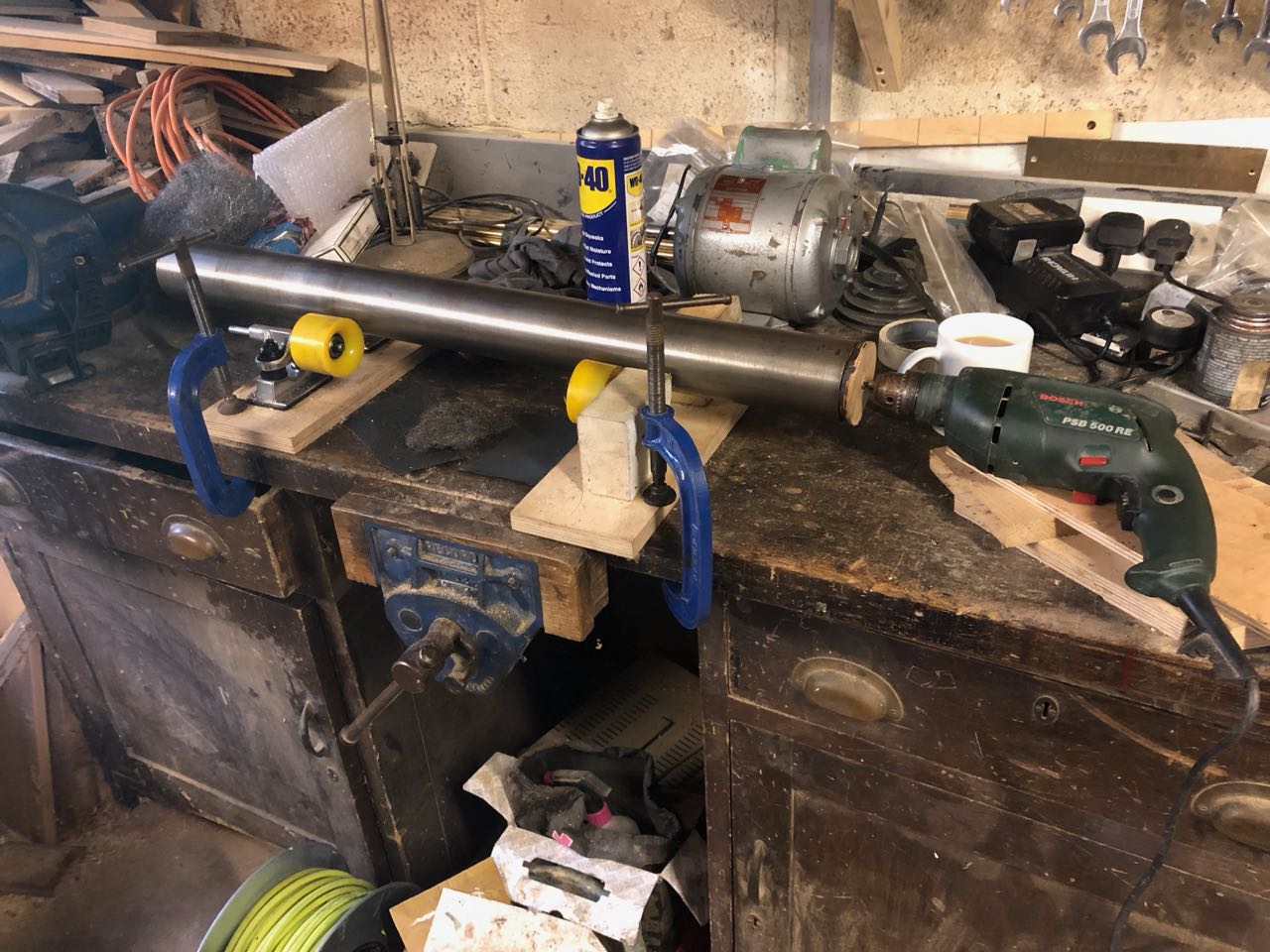 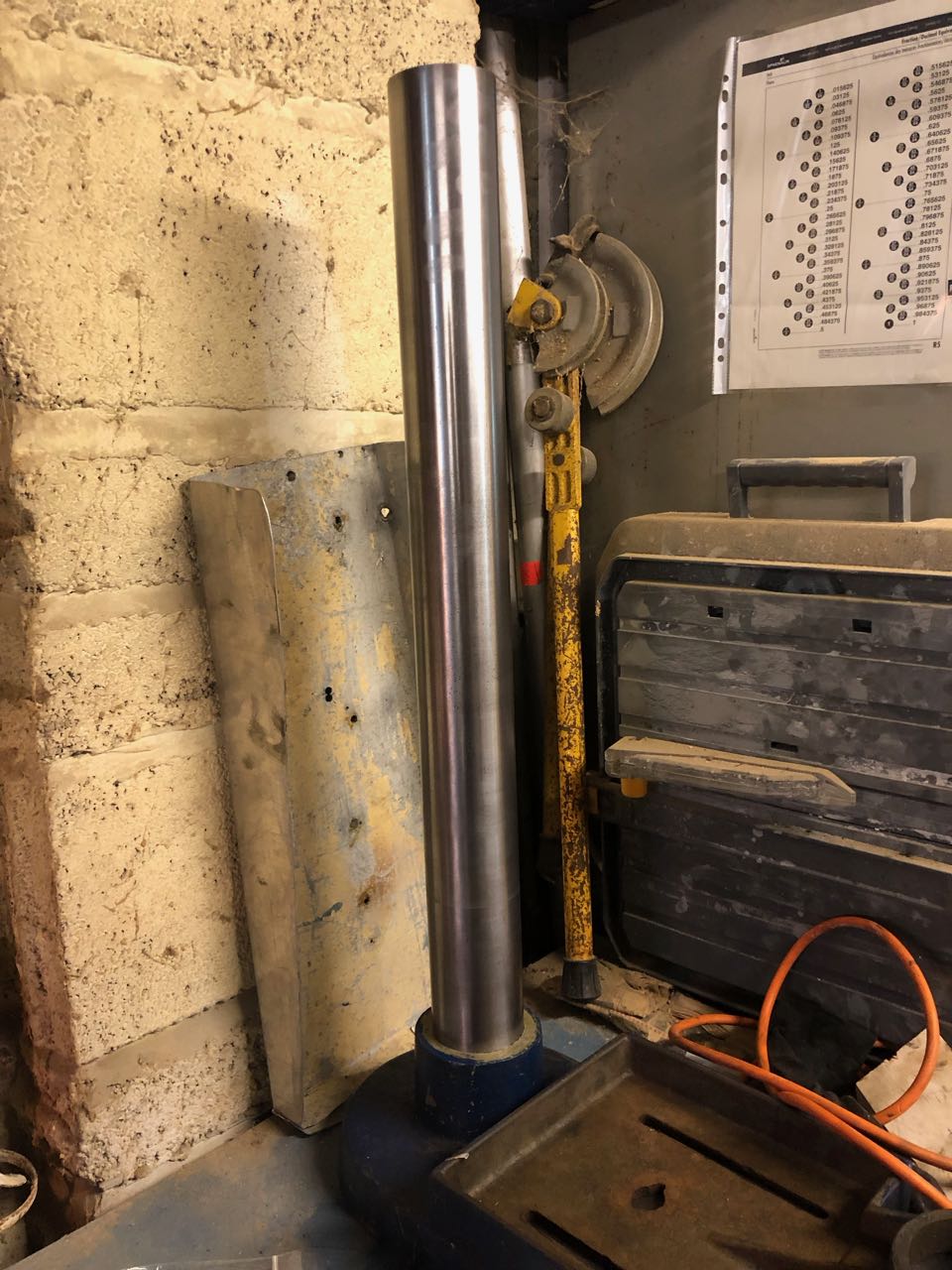 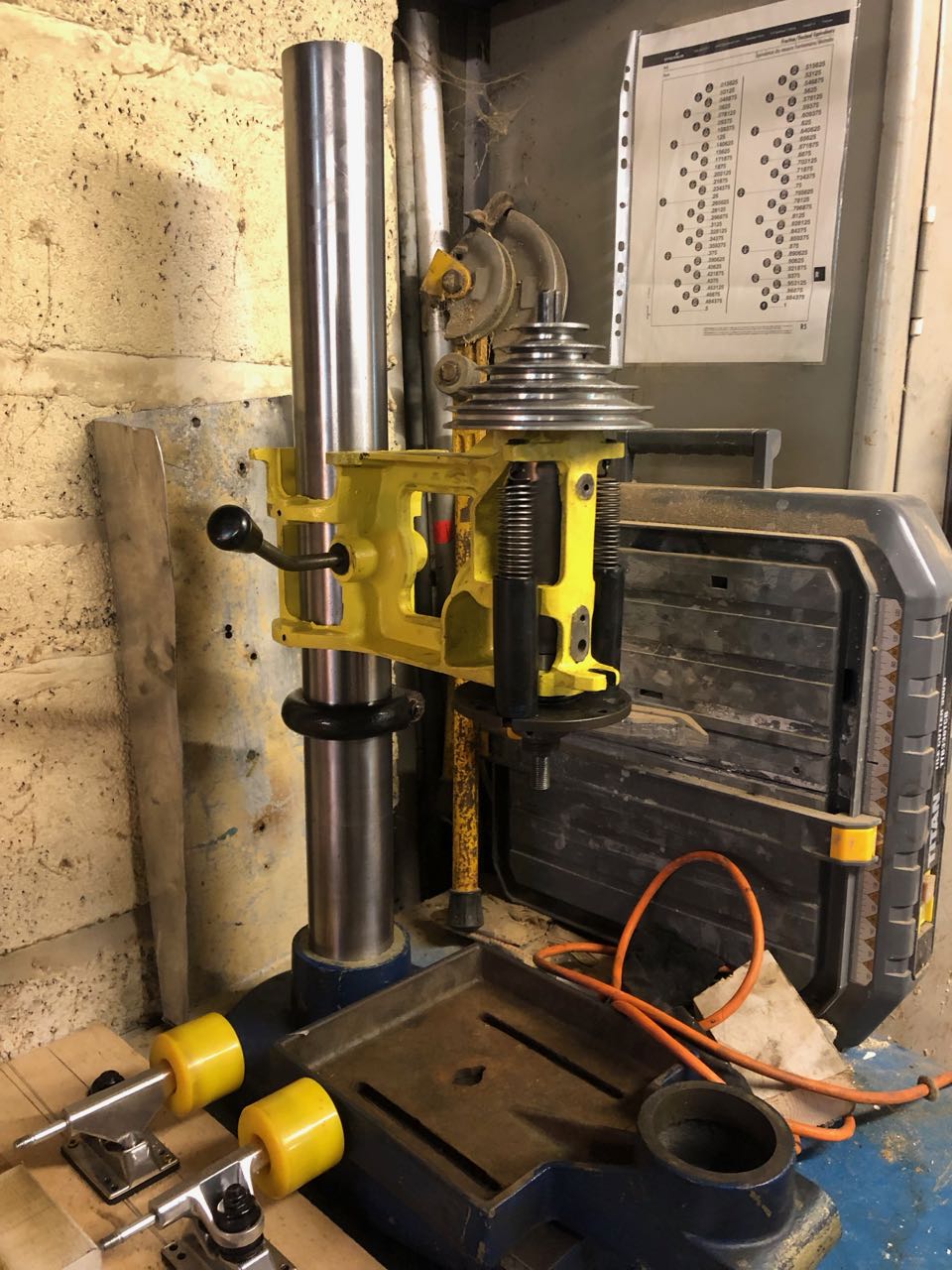 Next will be the base and table then the motor (the bearings seem noisy in that thing, too and the pulley is the wrong size!)

Hi, could you please advise me on how to remove the J33 taper from a startrite mercury pillar drill?
Many thanks,
Graham
M

I think you will find that the J33 taper is machined directly onto the end of the spindle.
G

Thanks very much.
Graham