I just first turned a piece of green apple: 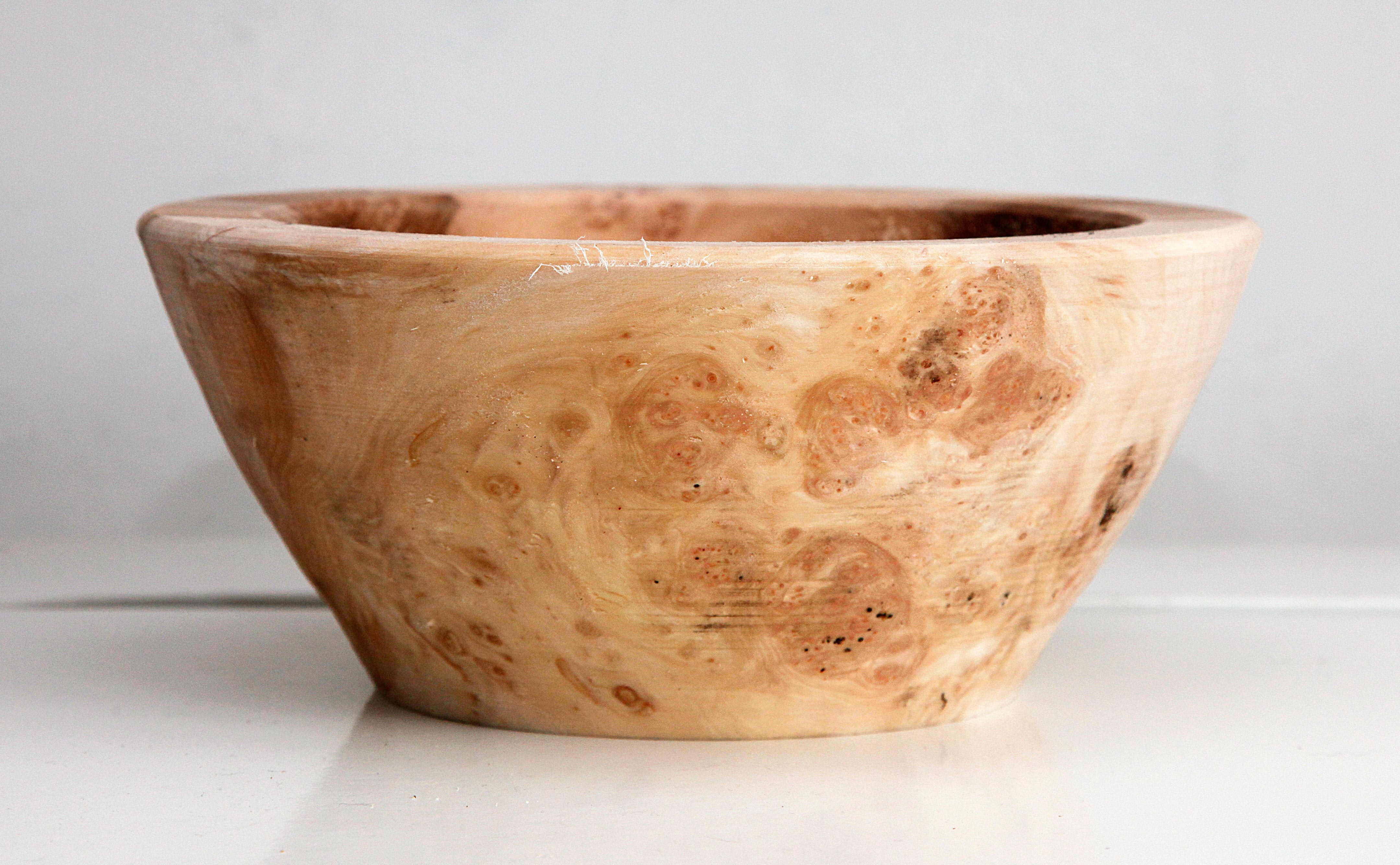 Looks like it might end up a nice bowl once the base is turned narrower, but there was a split at the rim. I turned the split it back a fair way but still have what looks like a line of weakness:
View attachment _MG_8508.jpg
Should I wait to see if it cracks and then put CA glue on it, or should I put glue on it straight away? It's still quite wet.

Glue now, before it splits so wide that you can’t glue it.

If it's still quite wet it will probably continue to crack whether it's glued or not. Leave it and use a coloured/metal filler to make a feature after it's dried, or staple/stitch it.
C

phil.p":34iv7s9q said:
If it's still quite wet it will probably continue to crack whether it's glued or not.
Click to expand...

That's what I wondered, but I bought some glue anyway so I'll put some on in case it soaks in and makes a difference.

As an aside, I found a large lump of eucalyptus a couple of days ago and decided to first turn it today. It had been lying around a year or more (not quite so green this time, sunnybob) so had started to dry somewhat - what a nightmare! I had no idea how hard it is, the gouge really didn't want to touch it, took every opportunity to judder and bounce, and the inside took ages to hollow. It's about 12" diameter now, but the blank was a fair bit bigger and had a chainsaw cut about an inch in from the rim so that had to be turned out, too. 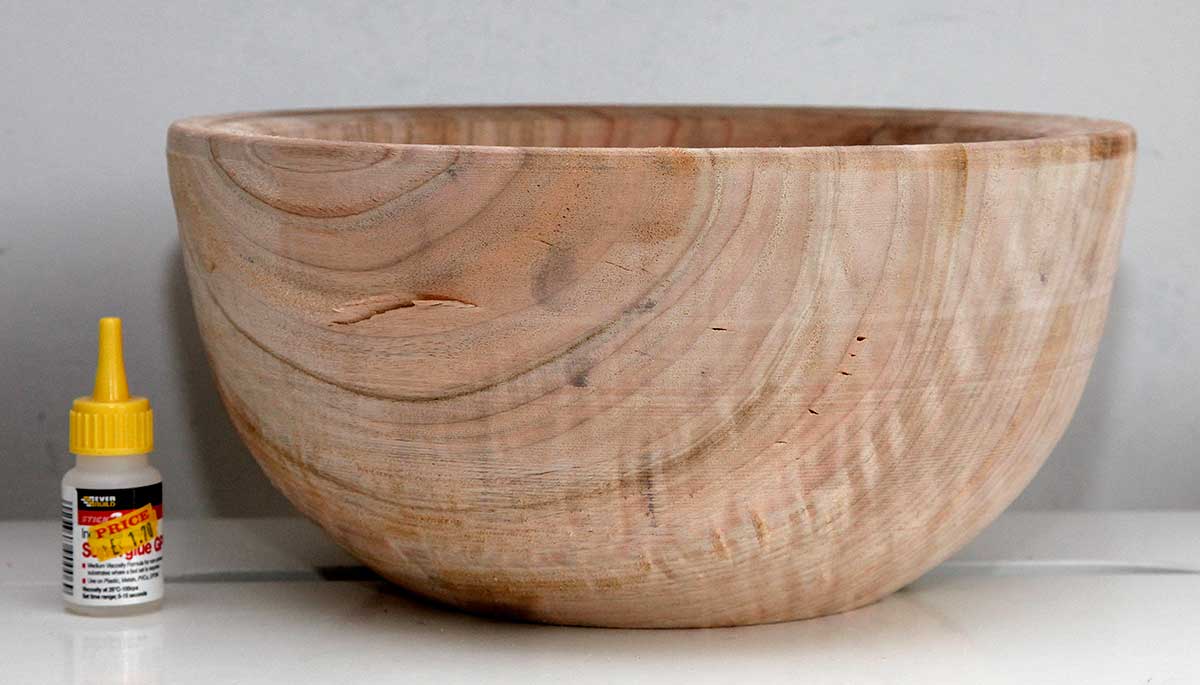 It has plenty of cracks too, so the CA glue's at the ready. Apparently eucalyptus like to move a lot?