I bought this plane cheap to experiment with different cleaning techniques. I had never heard of Spinney before seeing this. If anyone has knowledge of who made it and when, I would love to know.

I suspect it was made around the early 60's. It has brass fittings and wooden handles, but there are obvious signs of cost cutting. There is no adjuster screw for positioning the frog. The edges of the cheeks, toe and heel are not machined, as is large parts of the frog seating. The lateral adjustment lever is just a single piece of pressed steel and the Y yoke for adjusting the iron is two-part pressed instead of cast..

Paintwork on the sole upper was too far gone to preserve. No parts were replaced - they are all original (to me at least). I think I matched the colour fairly well, the blue on the front face of the restored frog ( photo 6 ) is original. The sole and cheeks looked like a previous owner had lapped them with barbed wire. Scrapes were so deep and full of muck I was tempted to plant rows of spuds in them!

Photos are in pairs of "before" and "after". Here and there you might see evidence of where my rust removal was too assertive. Any tips would be appreciated. 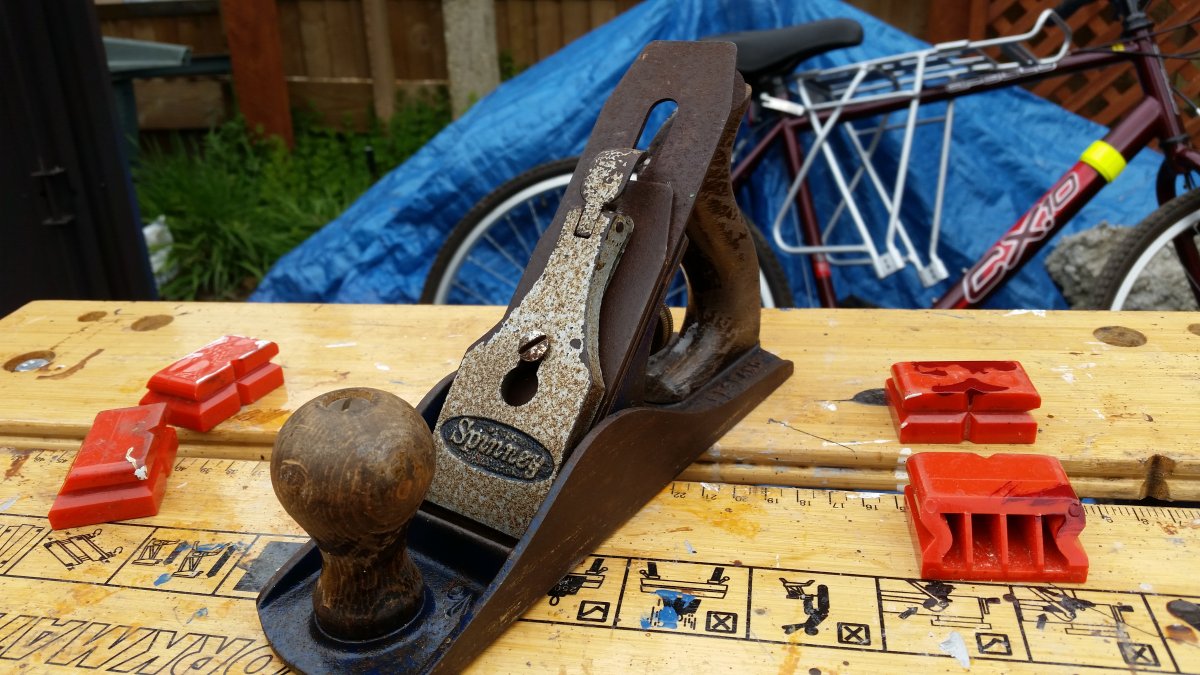 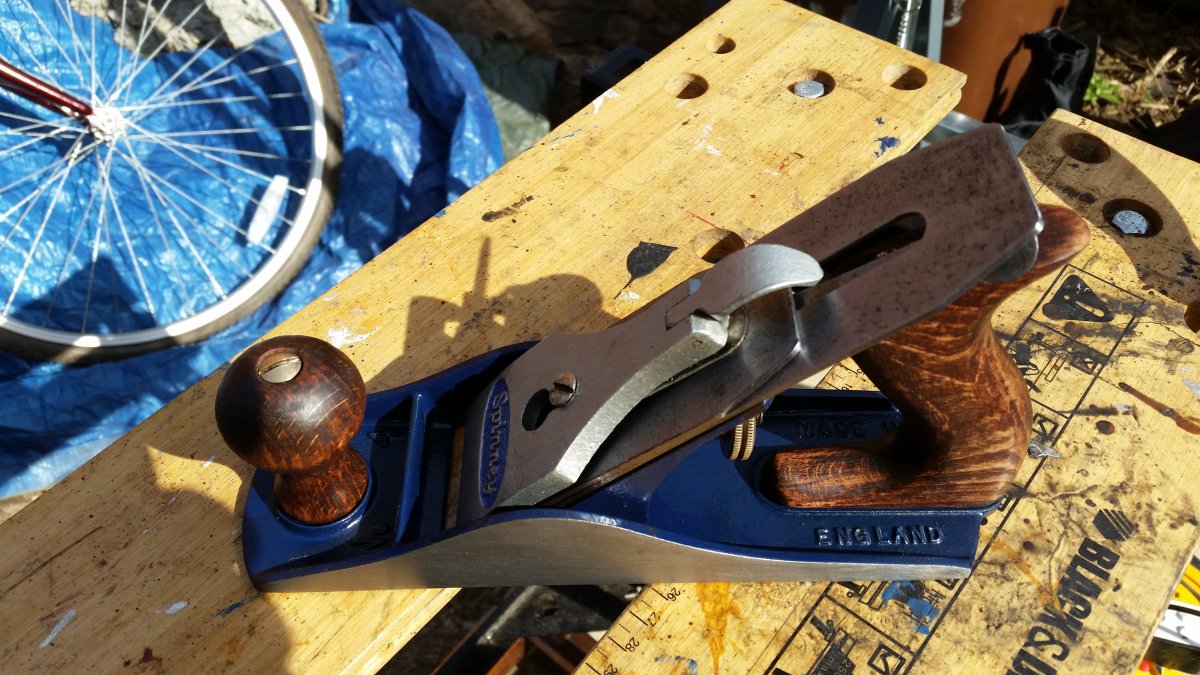 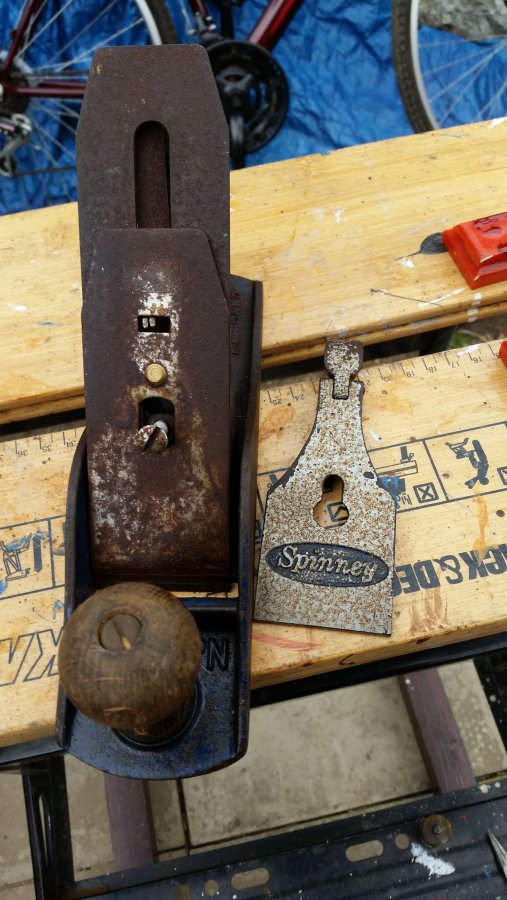 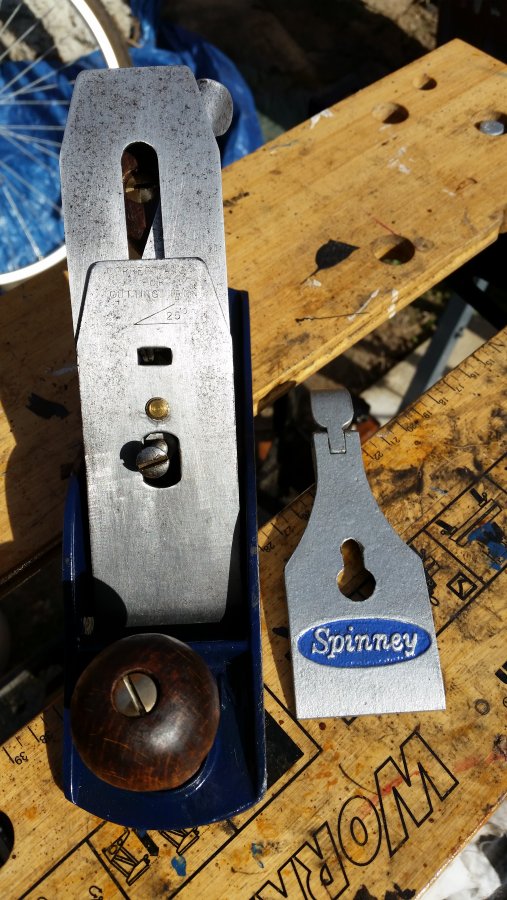 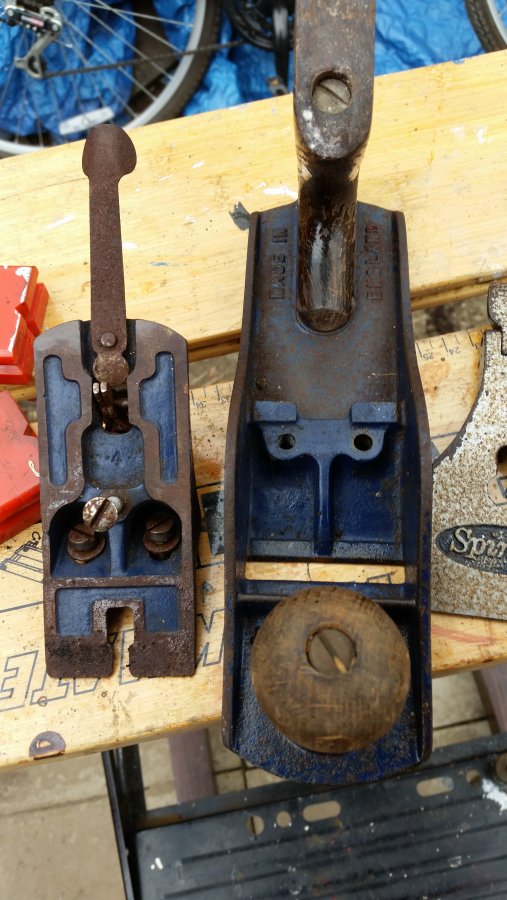 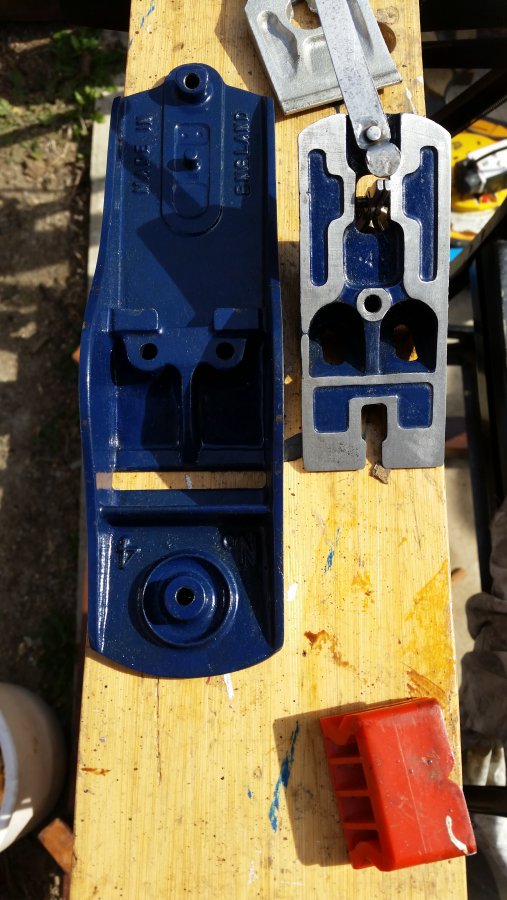 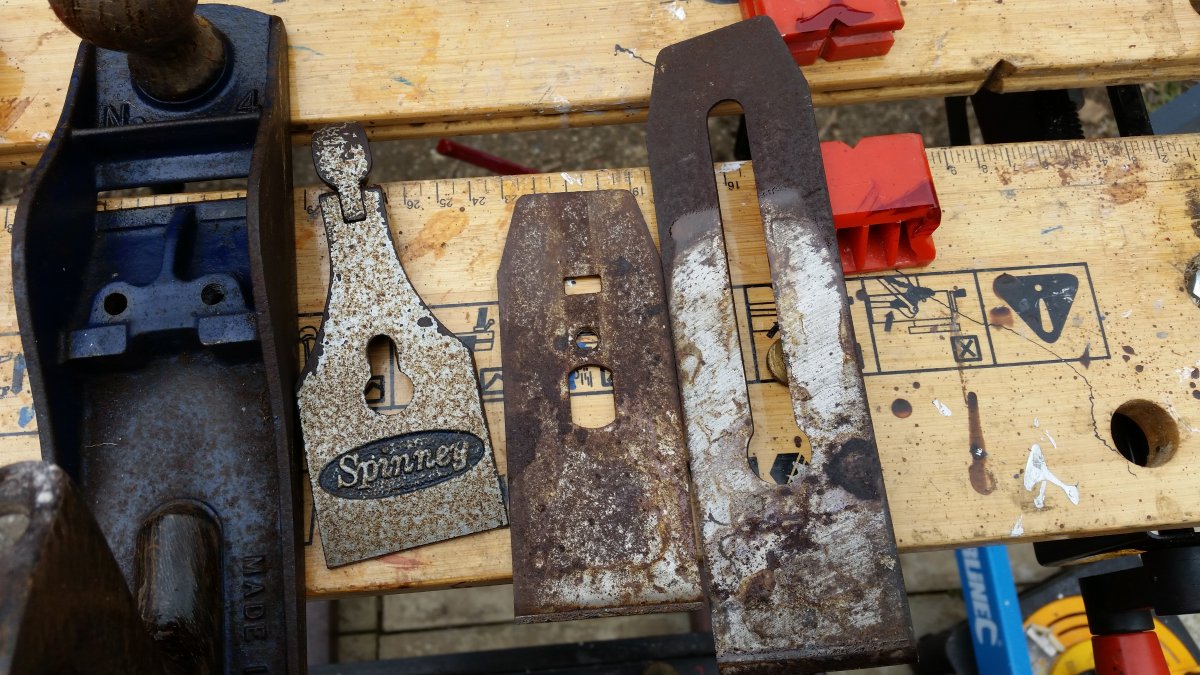 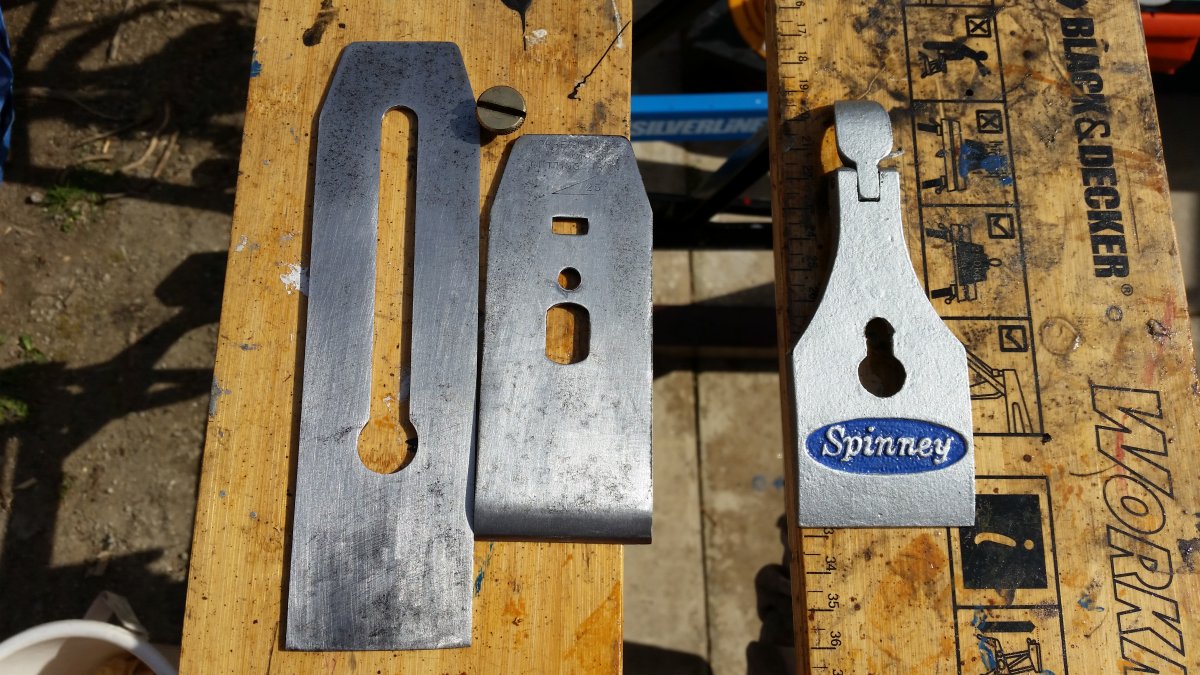 Just lapping and sharpening to do. Who knows? It might make a good scrub plane.