So the kid's Nanny wanted the kids to be able to sleep in one room (like they are going to do that), but didnt want bunk beds. Below is the near-final product just need some finish.

Its all made from oak (apart from the rails) and this is my first project using oak....

The rails are fixed with two dominos for support and location, then two barrel bolts. They are more than sturdy enough for a 5 and 7 year for occasional use. I may be putting in another rail at the back between the beds, but not sure on that.

I changed the rail fixing method towards the end of the build and might change it later. I was going to use the Domino knockdown joints, but they are very expensive and then you need the drilling jig. So went with two-barrel bolts, think that's what they are called. 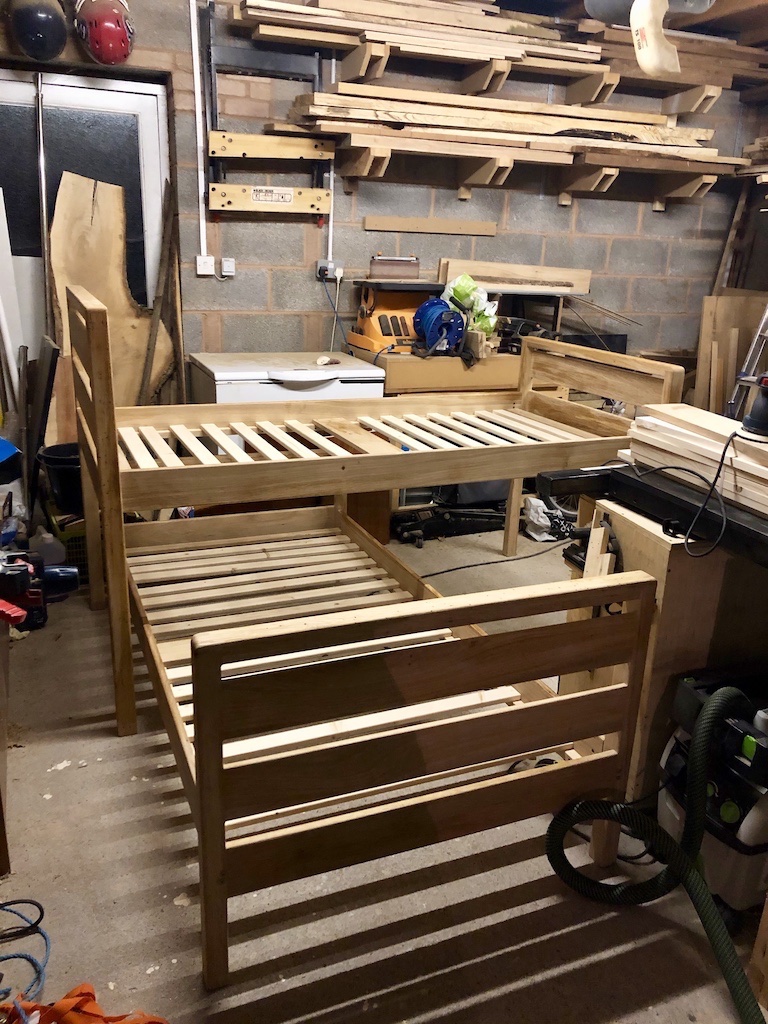 Nice.
Their bedroom looks like it could use a bit of decoration, though.

John Brown":2u93mu1g said:
Nice.
Their bedroom looks like it could use a bit of decoration, though.
Click to expand...