I was not sure as to where to post this, it was between this section and the jig section, I decided to go ahead with this one as there seem to be a lot of questions about sharpening chisels and the associated jigs.

I have watched a few of his video's previously and to be fair to the boy, he seems like he knows what he is doing and has some very informative hints and tips which are great!

I am not sure if this has been posted on here before, if it has then I do apologise!

What does everyone think of the basic principle? For a novice's point of view it seems quite a good idea and in actual fact, I may make one up to use on the workshop's "general" grinder that everyone uses for their chisels.

The basic principle is completely fine because what you have here is a wooden copy of a Wolverine grinding jig, differences being

Wood/metal, supplemental jigs for different tools, and a heck of a lot cheaper. it will still work though.

That's pretty much what I use. Easy to make/set up/use.
Take a look at Eddie Castelin's channel too. He has a couple of easy to make jigs going on.
D

I used a wooden jig like that with great results. Santa brought me a commercial metal version, but I actually miss my wooden one at times!

I actually started with something similar to the one in that same video, but that design is over complicated to use with the routed channel in the arm itself. Second version I routed a channel in a wood block and had the arm housed in that, with a single grub screw to lock it in place. Much easier to adjust with free hand while sighting the bevel angle.

I could post some pics if you are interested. Shame your not nearer or i would give you mine and save you the bother of making it . Not that it is a big job.
A

Some pics of it would be great!

It would help me to get a good idea of what the pro's and con's are of each version!
B

If you have or have access to the Rowley book on woodturning he shows how to make a jig for the grinder.

As shown that tool support is OK for straight across grinds but if you want to progress to fingernail grinds you will need some sort of tool pivoting clamp arrangement to go with it.

Such as this at its very basic

Or you can go for a A crude version based on the same principle as the Tormek holder.
B

@Bosyie - Keith Rowley's jig only covers the adjustable platform, unless later versions have changed. Not the arm attachment, which makes life much easier.

Chas has posted a good link to a fingernail jig. I was put off that by it's complexity, but I think it would do a better job than the shortcut I opted for.

Adam - here are some pics of my attempt. None of it very original. I merged various sources - Keith Rowley's jig, Teen Wood turning guy's arm attacmhent with some 'improvements' of my own, and some ideas from various other people's set ups I have seen, including commercial jigs, which all look like they were nicked from the web anyway. If you do build your own, I hope it might help see how it fits together and what works or doesn't work. I found it worked fine, except that trying to hold two wooden surfaces together by pressure alone doesn't work, so the fingernail jig and platform table were always possible to 'nudge' out of position by exerting too much pressure. The commercial metal jig I have now is much better in that regard. 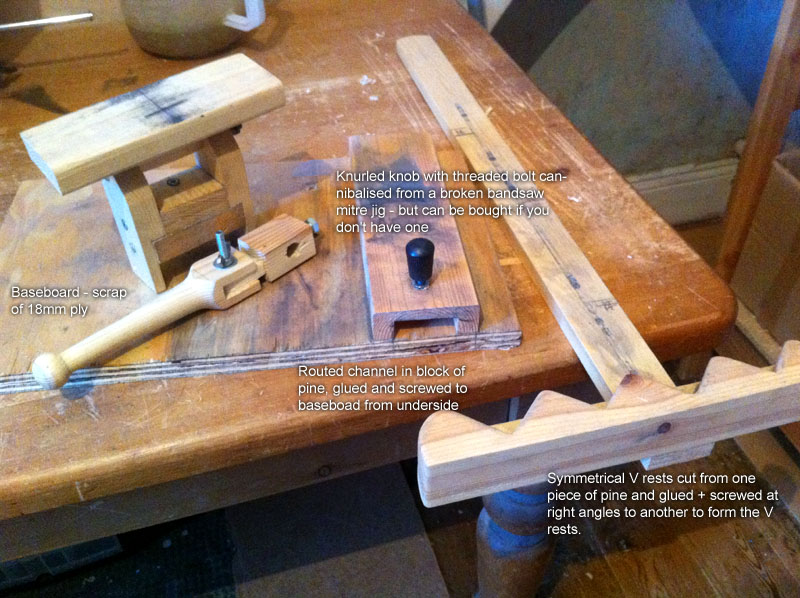 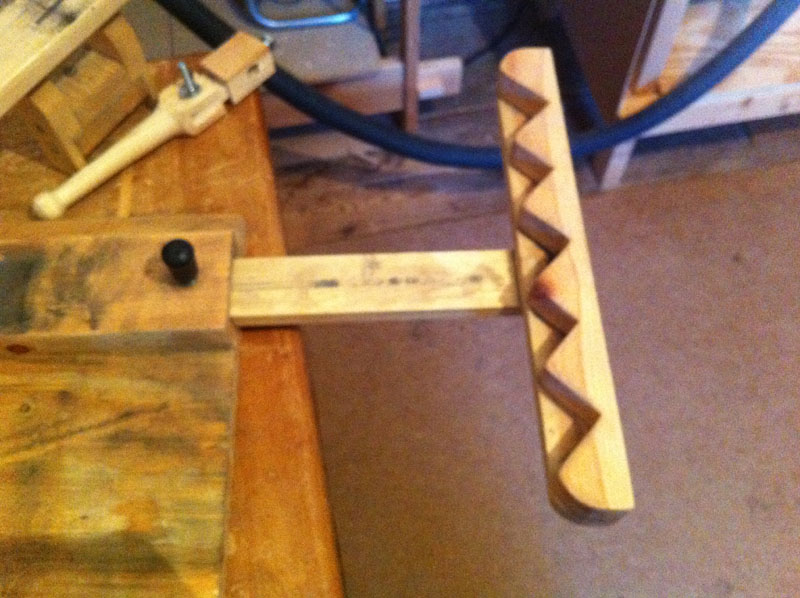 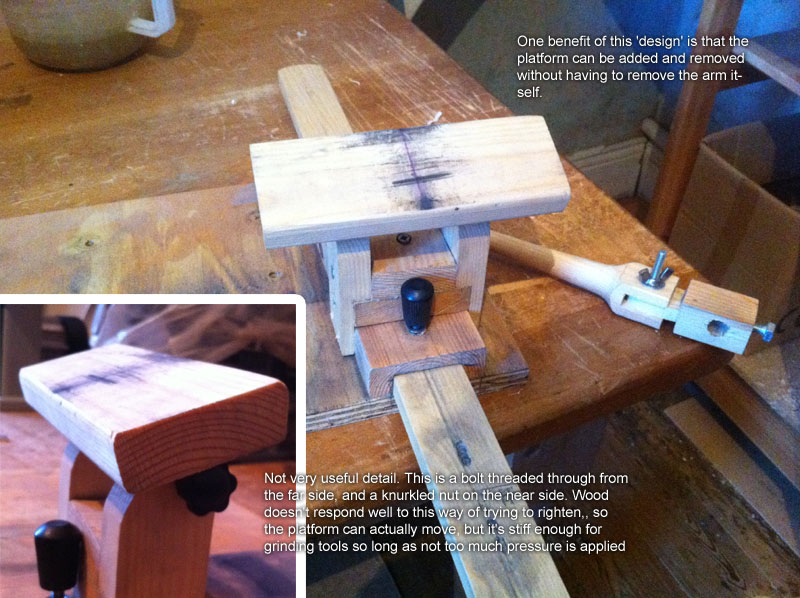 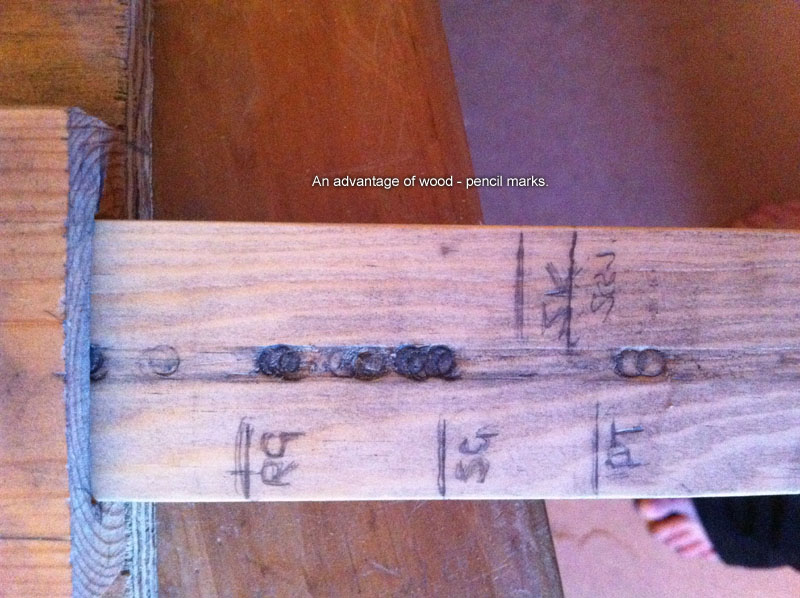 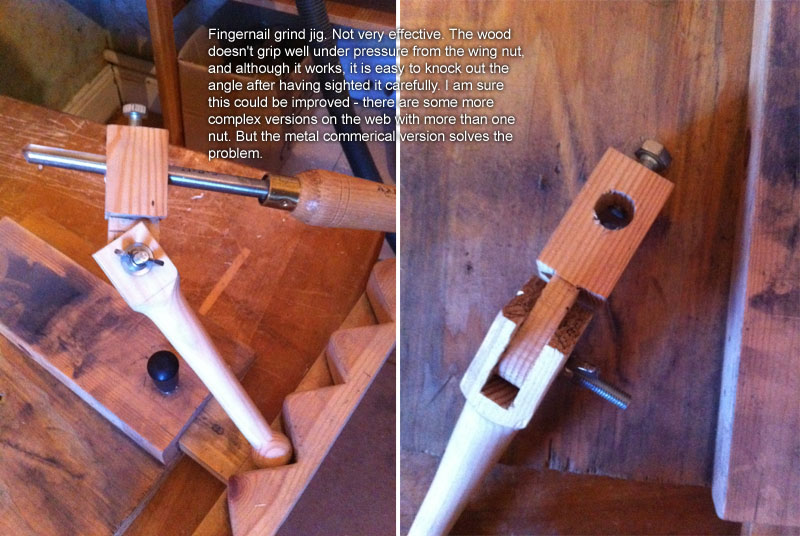 It took me an afternoon to knock up. The only thing I had to buy was the knurled nuts and the threaded inserts. If you fancy having a go, and don't have any, I'd be happy to bung some in an envelope and post off to you.

Toby ,that looks a very usable jig , if it's consistant in presenting the tools to the grinder
that is all you want

G
Creating a burr on a scraper

L
Sharpening gear - it's changed a lot in recent years!

T
Advice for tools for joinery
2 3