Has anyone had these done?

I'm thinking off having it done and I like to know off people who has had them, are they happy with them.
D

Haven't had them done but did look into implants last year as had a molar that might have to come out. The overall consensus that I found was that it would take 1 trip for the screw to be be fitted, some months for the gum to heal and then another trip for the tooth\teeth to be fitted.

The thing that most of them stressed was that dental hygiene would have to go thru the roof, if not - ultimately the implant\s could\would come out.

Plus there seemed to be be a whole range of "screws" that could be fitted - the "bio" type seemed to be the ones the more expensive places fitted and not the ones quoted by many.

Plus, found out yesterday that you have to have sufficient bone depth for implants - which might be an issue if you've been missing your original teeth for some time. The bone shrinks back from where teeth have been removed.

Bone grafts - solid or powered can be used to deal with insufficient done density\depth. Just adds to the cost and possible recovery time.

If you can professionally ascertain it is the right option for you, I'd have a look at going abroad for treatment. The costs are marginal in comparison. Onus is on you to then find a responsible and professional service. If you can meet the agenda, it can be a fraction of the price of UK dentistry.
G

Bm101":ebwcixf9 said:
If you can professionally ascertain it is the right option for you, I'd have a look at going abroad for treatment. The costs are marginal in comparison. Onus is on you to then find a responsible and professional service. If you can meet the agenda, it can be a fraction of the price of UK dentistry.
Click to expand...

No such thing as a Same Day Dental Implant.

Bm101":12is78h8 said:
If you can professionally ascertain it is the right option for you, I'd have a look at going abroad for treatment. The costs are marginal in comparison. Onus is on you to then find a responsible and professional service. If you can meet the agenda, it can be a fraction of the price of UK dentistry.
Click to expand...

Sent from my SM-G965F using Tapatalk
Click to expand...

Well I'd say it would depend on what work you need done Stew.
I can't give exact figures obviously, I'm a window cleaner not a Dentist but I know a couple of people who have flown to Turkey and had major work done who told me it was a fraction of the quoted costs here. I haven't done it myself so can't fill you in and there's aways a risk that if you go abroad and it goes awry there are related problems that Uk Dentists might not associate with any work done so you have to keep going abroad for care. I did say to 'professionally ascertain it's right for you' not that 'My Aunt Ada went and had it done in Magaluf for 30 Nicker'.
I'm in the middle of a lot of work myself Stew, 4 (more) out on wednesday just gone. I'm working on sorting plates and getting used to living like it. I'm in regular talks with a (finally, too little too late actually good dentist) and was relating a little of his (private) advice.
I wasn't just throwing out random internet opinion. Would rather probably not have shared it but actually, why not share if it helps.

I've had a few dark moments in the last few months then you see someone with real problems. You realise you have your health, your kids and thank god you are not in telesales. :shock:
I can still whistle so I'll always be able to get a job as a shepherd.
Regards
Chris 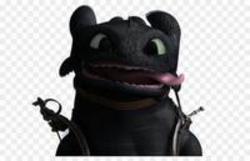 Bm101":3uu3fmgd said:
If you can professionally ascertain it is the right option for you, I'd have a look at going abroad for treatment. The costs are marginal in comparison. Onus is on you to then find a responsible and professional service. If you can meet the agenda, it can be a fraction of the price of UK dentistry.
Click to expand...

Sent from my SM-G965F using Tapatalk
Click to expand...

I looked into abroad too. But given the almost 1:1 exchange rate, it isn't really viable anymore unless you're possibly having a mouthful done. By the time I'd added up the flight, airport parking etc - there was little to no difference.

I think 2.5k is also expensive in the UK. When I was looking - a reasonable average seemed to be around the 1200 quid mark for the insert & something they call an abutment. Then around 600 quid for the tooth.

To give you an example, the standard private price for a ceramic on metal crown is around 650. For a CNC custom made one - CEREC - you are looking at around the 700+ mark. I had mine done locally for about 480, and the place is a family run place with certs up to the eyeballs and very thorough and professional.

Just went yesterday and avoided a root canal as he used something called biodentine to preserve the nerve\root, which from Googling is quite cutting edge (even tho not new) and very few dentists seem to use it.

I did go see a few places for opinions (paying for them) before I settled on one.

Over the years, I had money then, I have had three implants in the UK from a highly qualified dentist who specialises in implants. They weren't cheap but I have had no problems and am very happy with them. One involved a bone transplant which increased the overall timescale, and cost there was the dentist and three nurses in the operating room, not his normal dentistry room. I never felt a thing and I fell asleep during the op.

I first had a head CT scan at a local hospital, or it may have been MRI, so he could check the amount of bone available as two of the teeth had been missing for some time, it was a bridge involving three molars .

One day implants were never mentioned, but technology has improved over the years. I think I had at least four separate appointments for each implant.

He inspected a patient with a foreign implant for a TV program which was edited to say it looked OK. He told me it was only just OK, not really good. But there are lots of foreign specialists and I expect that, just as here, some will be really good and some not so good. The problem is finding the really good ones amongst those who have just jumped on the bandwagon.

The cleaning routine for me just involves flossing and brushing twice a day and regular hygienist appointments.

I did meet someone who had got a damaged implant, in a fight?, but he was suffering with it as it needed a specialist operation to remove it and he could not get it done on the NHS and did not have the money to pay privately.
R

I was curious about this and so did a bit of Jacob'ing.

It is a play on words. You leave with a functioning tooth but you still have to go back several months later to have the final tooth fitted.

Look at this website Rainham Dentistry and note the mistakes in their text. Note the repetition in some areas.

The same webpage appears on many other dentists' websites....they all use the same procedure from the same company. All have the same boilerplate complete with errors. They all are economical with the truth.

I (being as how I live in Cyprus) have been many times to a Cypriot dentist. Very good and clean, nobody could complain.

5 years ago while I was visiting in Somerset, I had to make an emergency appointment and the thieving %"* charged me £250 to see me. He did nothing except write a prescription for antibiotics.
By comparison, in Cyprus at my local dentist a filling, or an extraction, is 40 euro. About 4 years ago I had 2 false teeth put in ( I believe its called a bridge) which cost me 400 euro.

Now, I cross the border and go to a Turkish dentist, purely because their waiting times are almost non existant compared to 2 or even 3 weeks in the Cypriot side.
I often just walk in and get to see the dentist, a week wait is a very long time.
By happy chance, the cost is about a third less than the euro price, but with the Turkish money collapse the UK£ is now buying you 7.7 turkish lira, compared to 4 lira 5 years ago.
I have been to two before settling on the one I like best. Both are ex NHS trained. One is a British born Turk, the other spent 30 years in the UK before going back home. Cleanliness, customer service and new equipment are standard. My dentist has suggested implants to me, but so far i have all the front teeth and can eat all foods so havent done anything about it.

Obviously, I cant vouch for every Turkish dentist, but so far two out of two have been faultless.
S

I'd have a look at going abroad for treatment. The costs are marginal in comparison.
Click to expand...

Chris, my daughter-in-law is a dentist; she says the number of shoddy 'overseas' implants she sees, would make her very chary of going abroad. Obviously, she continued, research and talking to those who have been to a particular foreign dentist, will gain you a respectable one like Bob's. But, and it is a big but, "do the legwork first!"

sunnybob":od2s5duh said:
Obviously, I cant vouch for every (Turkish) dentist, but so far two out of two have been faultless.
Click to expand...

I think it's the same here too, Bob.

But the difference is the Turkish (and Cypriot) dont charge a 1000 quid an hour :roll:
My daughter went to college with a couple of dental students, within a year of having their own practices they were buying houses because they didnt know what else to do with all the money.
S

Bob? " Within a year of having their own practice"?? That will not happen to the newly graduated dentists you refer to. That, IF it happens, is years after graduation. Buying a practice, particularly an urban one, makes a mortgage look like enjoyable. By the way, its £30 salary per head, no matter how much work you do to said head, on N.H.S. dental scales. £1000? :shock: :shock:
Sam

I mentioned above my experience with a UK dentist. £250 for a less than 15 minute emergency appointment (I am not registered in the UK for dental treatment) that involved him writing his name on a prescription that his receptionist prepared for him.
No, it was not in Harley Street.
S