You know when you’ve lived in the same house for a long time when stuff you originally did has to be replaced. We installed a deck out the front of our home in 2008, and it was even the subject of a write-up on this very forum. I was happy with the result at the time … 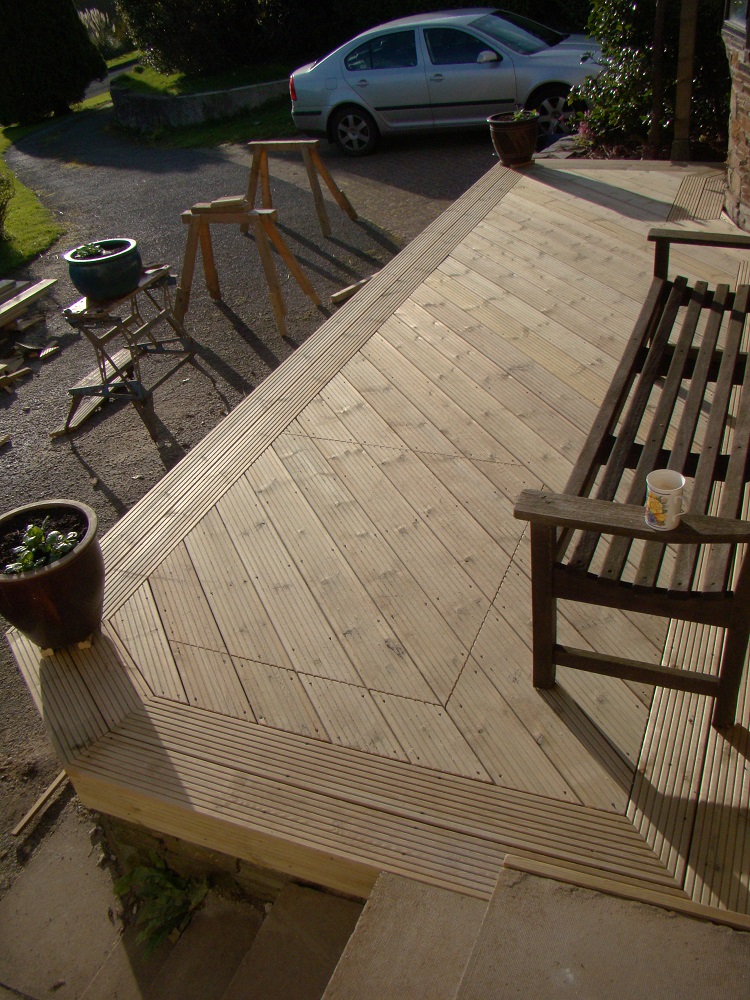 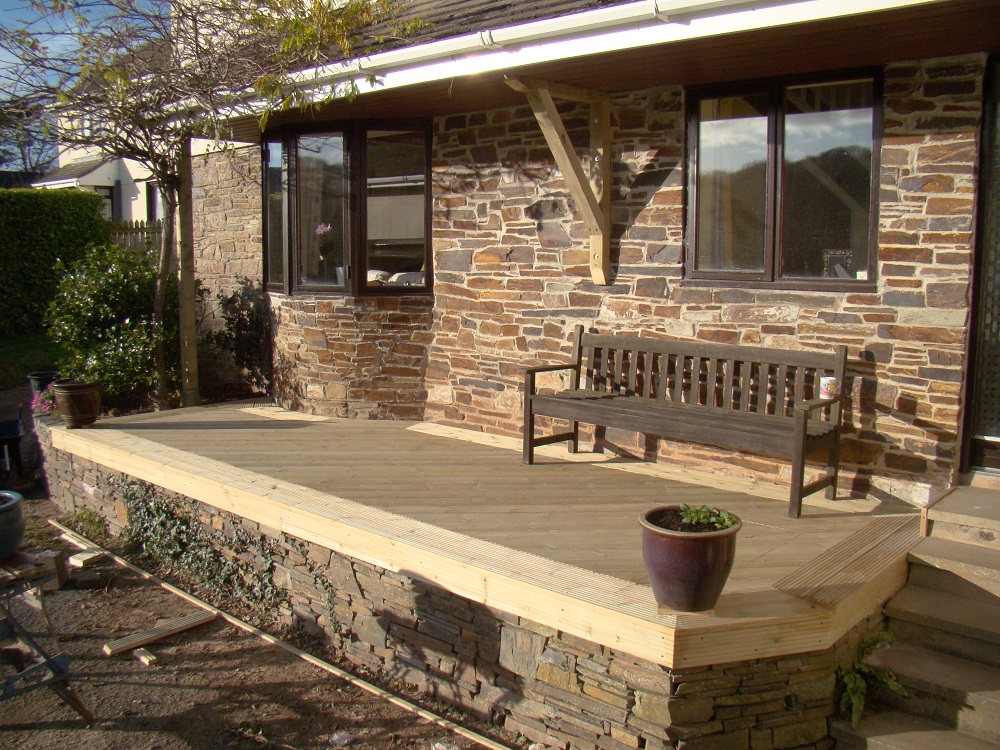 … but by the beginning of this year it was beginning to look very sad. In particular, there was a lot of rot beneath where plant troughs had been placed. 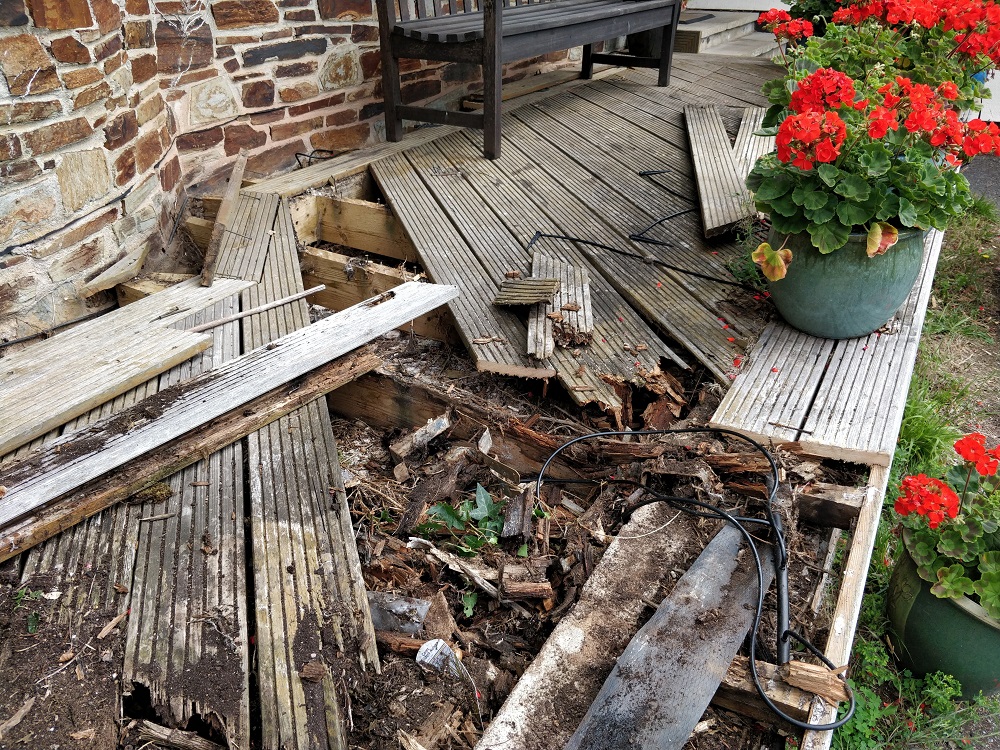 It’s disappointing that it hasn’t lasted longer, so have decided to replace it with composite boards as I don’t fancy having to do it yet again as I approach 80. We looked at various brands, but in the end we opted for Millboard Coppered Oak which is a premium product, but with the boards being guaranteed for 25 years, and which should keep its looks. I suppose that means that this isn’t “woodwork”, but it is what it is! 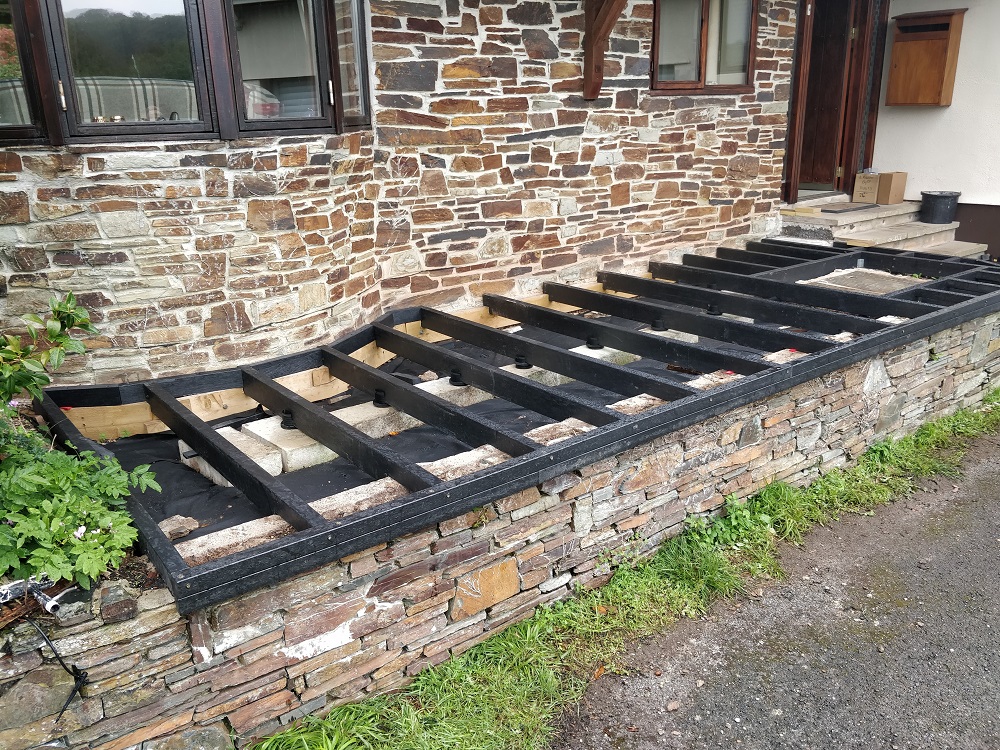 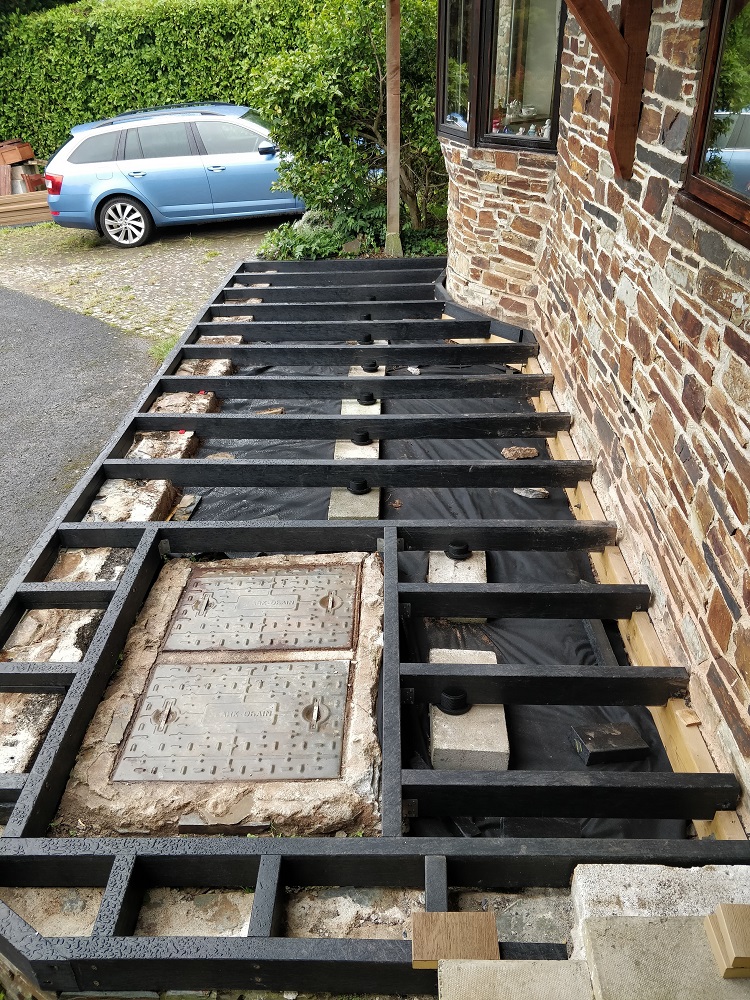 I built the underframe in recycled plastic beams. The original wall plate is in good condition, having been under the shelter of the front canopy. I decided that this could stay, although I soaked it with 3 coats of Barrentine preservative. 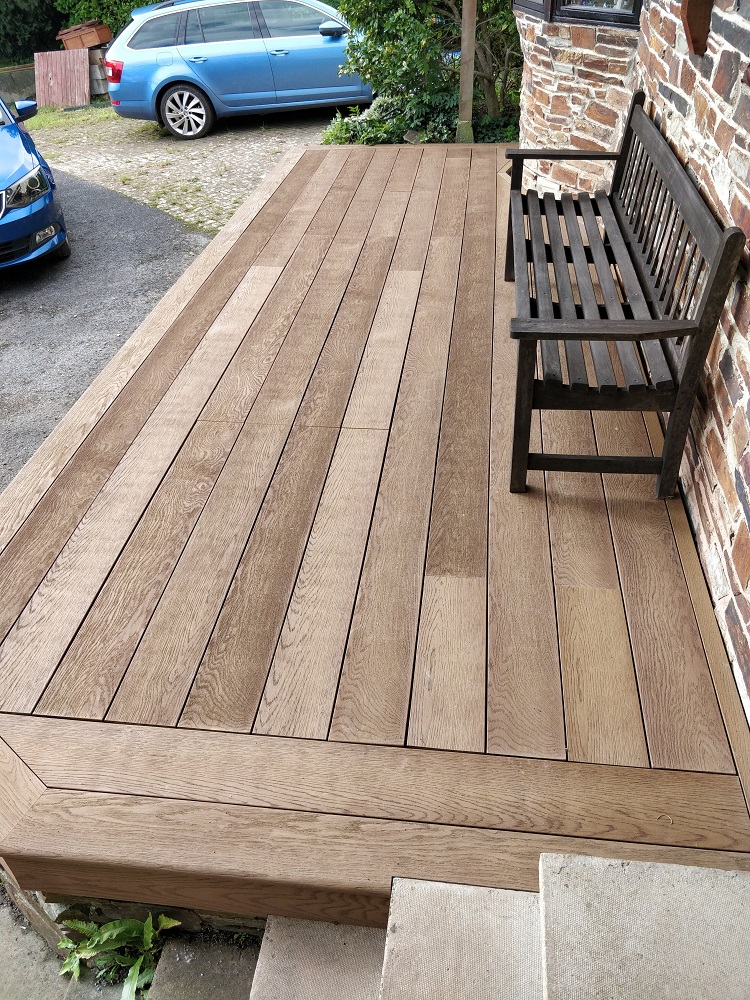 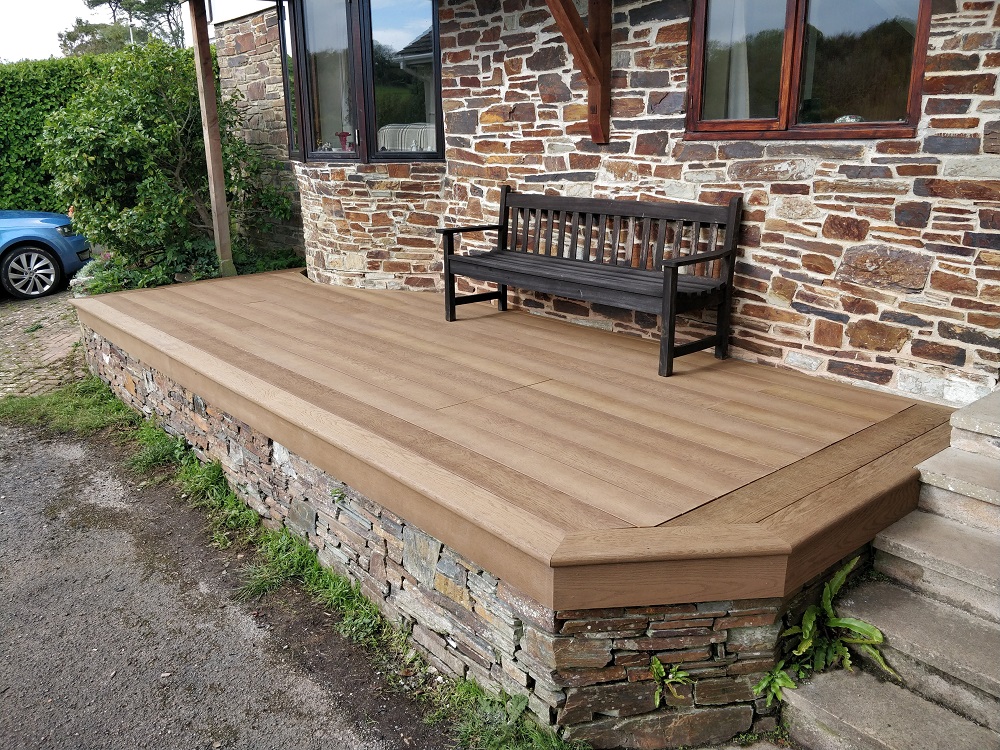 I elected to just do straight board runs rather than diagonal as in the previous version, primarily to avoid wastage of what are expensive materials - around £64 per 3.2m length. I’m happy with the overall effect, and hopefully will last for many years, be maintenance free, and I won’t have to replace it in the foreseeable future.

Looks very nice Roger. Besides a wash does it need any treatment?

Thanks Pete. It just needs an occasional hosing down and sweep to keep it clear of bird rubbish etc. Anecdotally its colours don't fade noticeably over time, it doesn't get slippery when wet like wooden decking and it doesn't get brittle after prolonged exposure to UV. We'll see!

Sent from my ONEPLUS A5010 using Tapatalk
W