I’m restoring my bay window. On previous threads I’ve discussed making new hardwood opening and fixed sashes. But the fanlights contain the original staine glass from the 1920‘s which I want to retain.

They are both largely in good condition apart from the mortise and tenon joints at the bottom. One has swelled out and the other one has had a bit of rot which I have dug out back to solid wood.

I don‘t want to just fill them I like to do an effective repair which will stop them moving any further.

I’ve attached photos of the two joints and would like solutions to how I go about an effective repair. 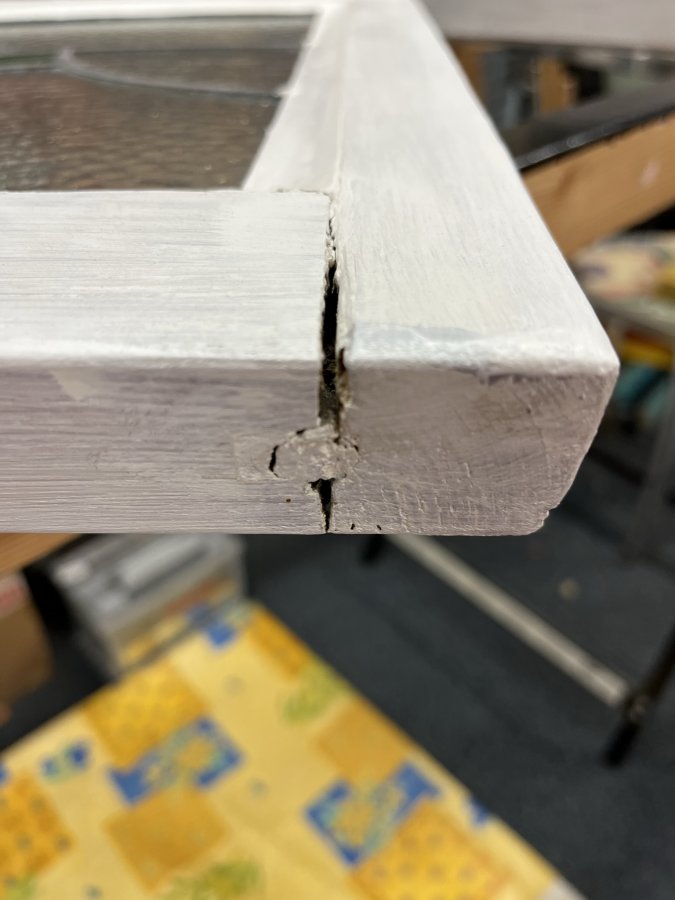 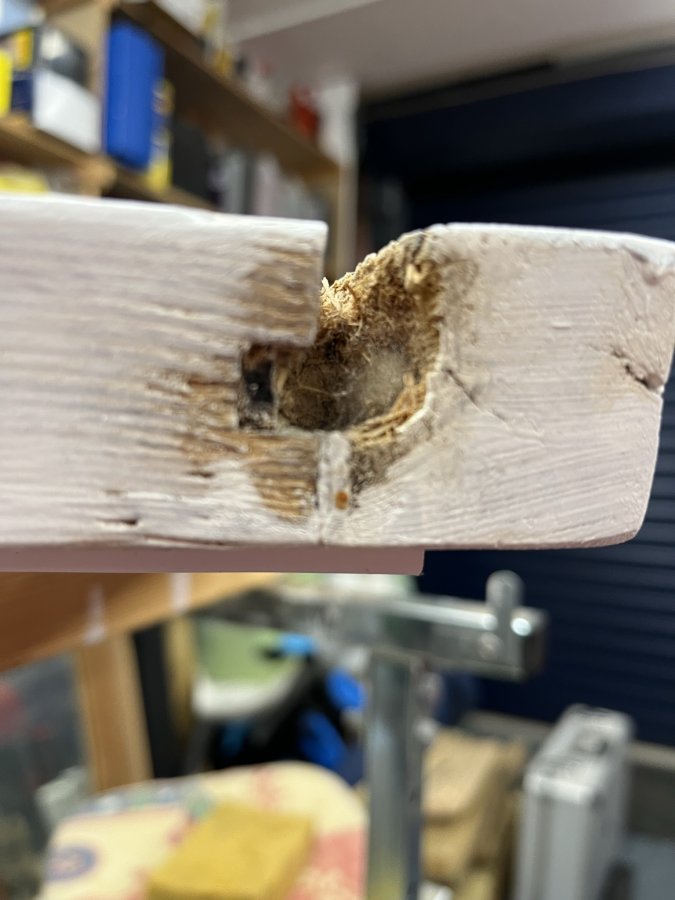 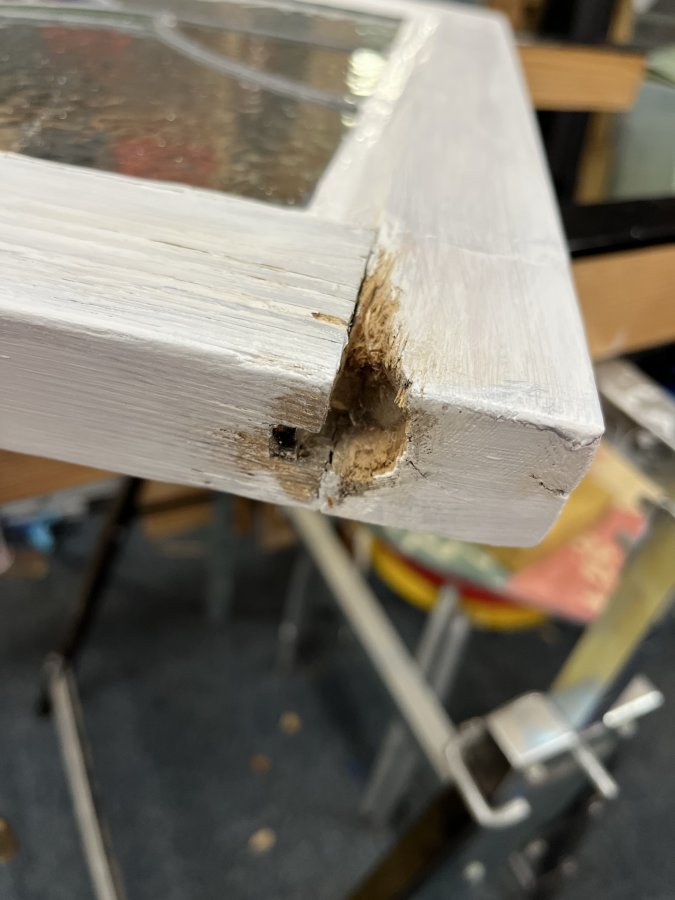 .I would use timbabuild or repaircare resin. rout all the rot and make sure its nice and dry. sand back the paint to bare wood. thin resin then fill leave to dry sand then paint.
J

it's really good stuff. unfortuneatly you have to buy the gun to dispense the big tubes(not interchangeable between systems either damhikt) repaircare used to do a product for a normal skeleton that was very pricey but may be enough for your filling.
R

Just checked the Repaircare stuff out and you can get a standard gun size tube from Amazon for £33 which is quite expensive for such a small repair. I was thinking about putting a couple of 6mm dowels through the joint to stabilise first and then filling with the good old Ronseal 2 pack. However, I just noticed that they sell some Perspex strips and thought why are they sell that. Then it said about moulding around a repair which got me thinking. On one of the big openers the original frame was never built with flat vertical returns for the opener to close against. One side would be tight but the other there would be about a 4 or 5 mm gap. I’d always assumed that the original opener had warped. But when tried the new hardwood opener it became obvious that it was the frame. I’m now thinking that when I fit the new opening sash I could in effect shutter around where the window furniture sits with the Perspex strips touching the opener and then fill in behind with the resin. Hope you understand what I’m getting at and do you think this would work?
J

most definitely would work. timbabuild is cheaper. always use the low viscosity resin as well unless it's a bodge.