I used to buy broken electrical tools for pennies at the bootsale to try and get them going!

I once bought a hessian sack full of drills, Six in all, The first five were easy fixes, The last one was a large Peugeot, I removed the forend case screws and parted the two casings when a pile of gears fell out! , All the bits were placed in to the sack and put in to the dustbin!!

I also bought some 115mm angle grinders, I bought one that the bearings in the gearbox had let go, A friend at work in the maintenance dept got me a couple (Some spares too!!), I still have it and it's working fine!, Another had a remote plastic rod from the thumb switch to the electrical switch inside, It had snapped but I had an identical grinder that had a burnt out motor so I scavenged the remote rod, I still use that one too!, They cost me 50p each!!

I bought this AEG 110v machine from a very posh speaking lady in riding gear, She had a big Land Rover Defender behind her, I asked how much it was, She said five pounds but her hubby was walking round, I paid the lady and have to say, Have to say, It works brilliantly!!! 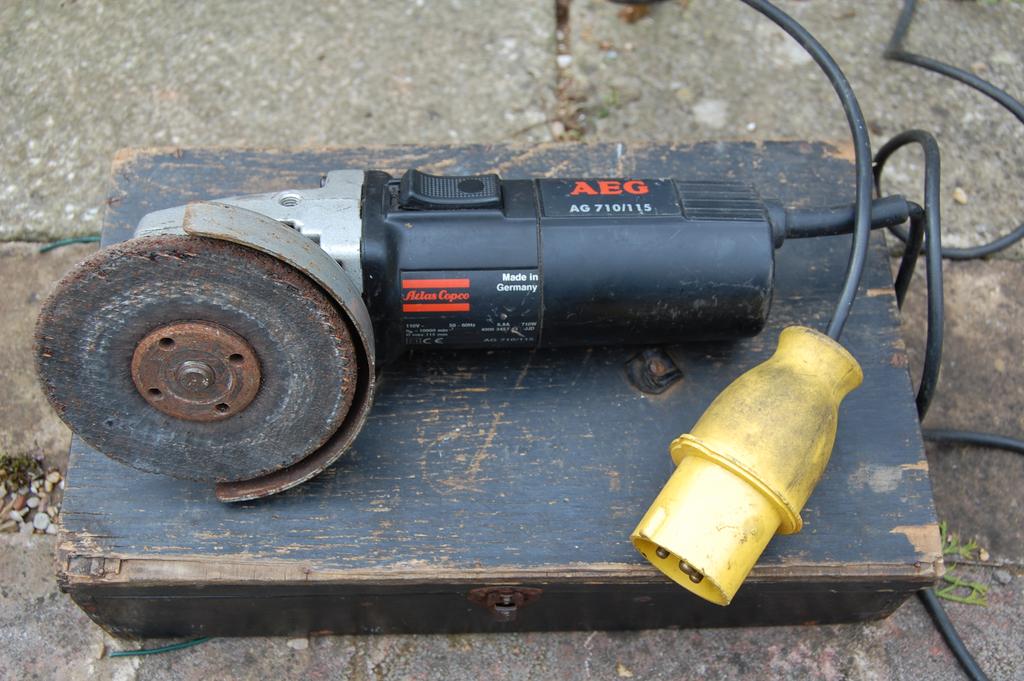 This die grinder was the strangest thing I bought at the bootsale though, It had been refurbed, The label said 100 volts which I thought strange as they're usually 110 volts but it had a square pin 13a 240v plug fitted! I bought it for carving my little trees!

When I tried it the vibration made my hands tingle!, I asked one of our sparkies what would happen if I put 240v through a 110v machine?, He said it would go twice as fast so I fitted a 110 plug and the vibration disappeared!!, It must have been running at about 40,000rpm 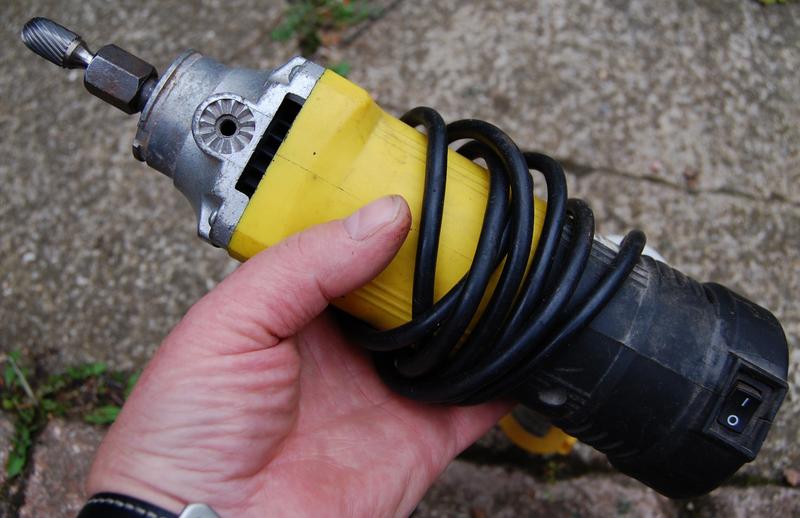 I bought a s/h Bosch angle grinder on Ebay. It was advertised as 240V. When it arrived I plugged it in and all seemed OK. Digging around in the plastic case amongst the bits and pieces was the unit label stating 110V. I got onto Bosch who said yes it will run but it might go pop prematurely. I got back to the seller who said he'd been using without any problems but agreed that it had been missold and gave me my money back and invited me to keep it. I've been using it for the last 15 years on my 110V transformer,admittedly on a diy level only.
Brian

frank horton said:
Mr neophyte,
been told it will hit us tonight......after a brew going to tie everything down.....
hotter n hell at the mo.....
Click to expand...