Got an issue with an old Record 53 vice. It tightens up just fine but won’t loosen - when I unwind the handle two things happen. First the handle and moves away from the jaw by a few mm (pin at the other end is there but looks like not enough washers under it). That might be a red herring though.

The next thing is that the QR lever moves until it reaches a point where the half nut releases, the spring pushes the lever and nut back on but without any movement. The QR itself works fine and I can open the vice that way but it’s not ideal.

I’ve tried adding more spring tension - the bolts holding the half nut brace in place gave up and the entire thing failed. Tried removing the QR and packing out the half nut. This worked until those same bolts failed holding the packer/half nut against the force of the thread. 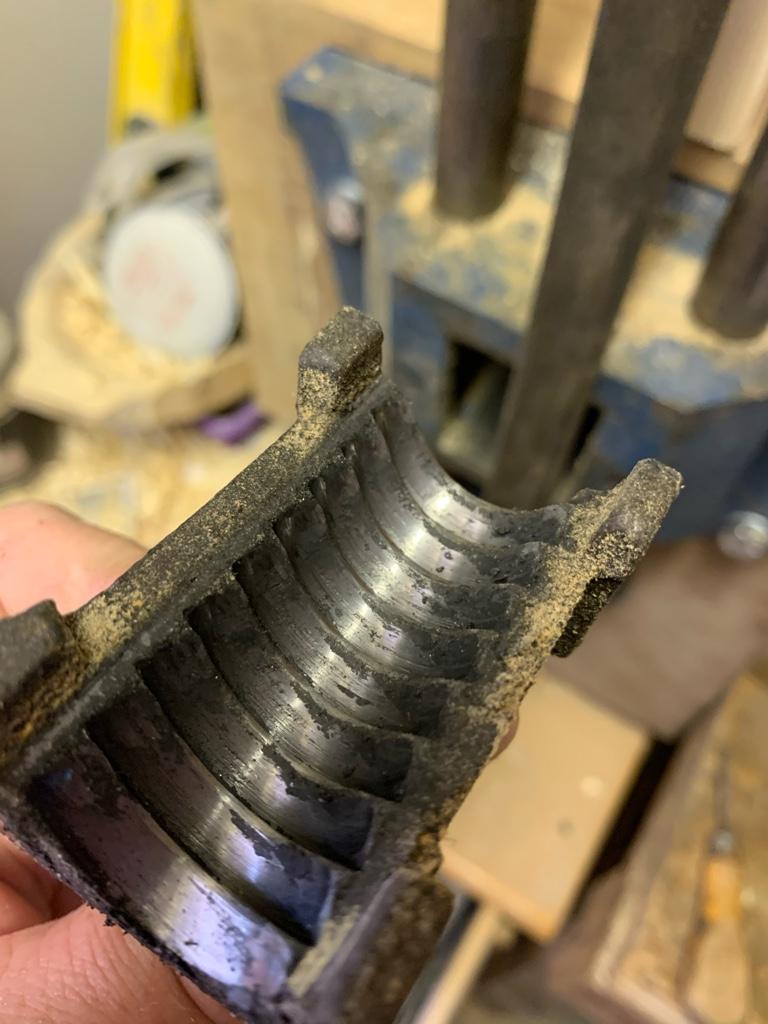 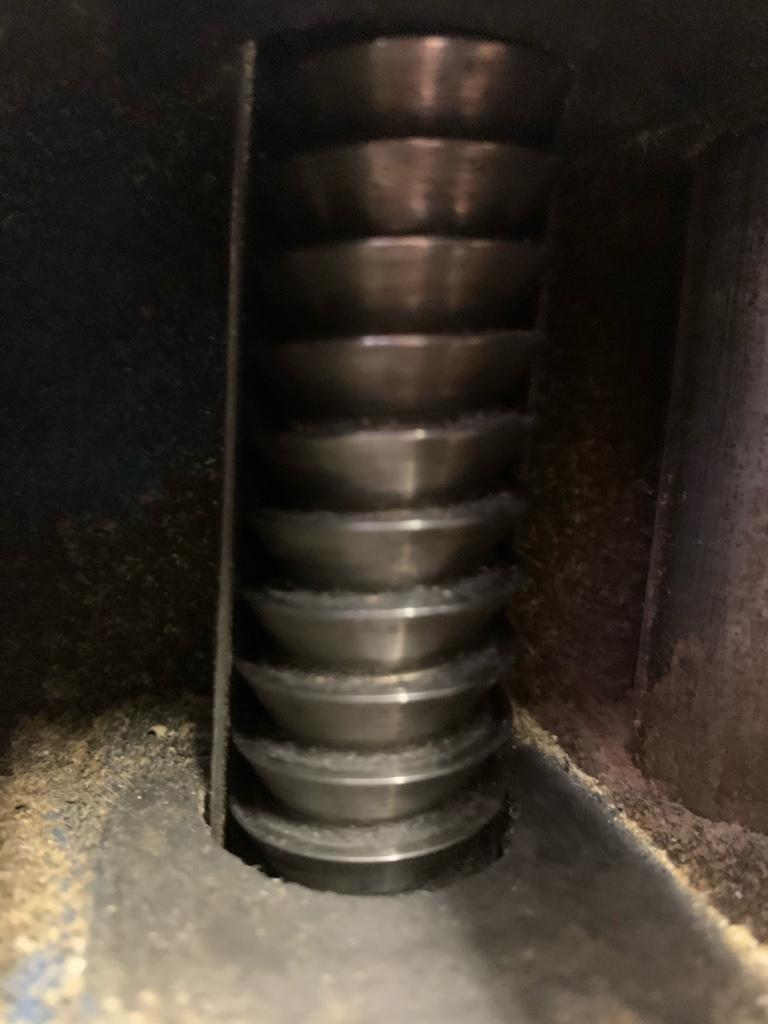 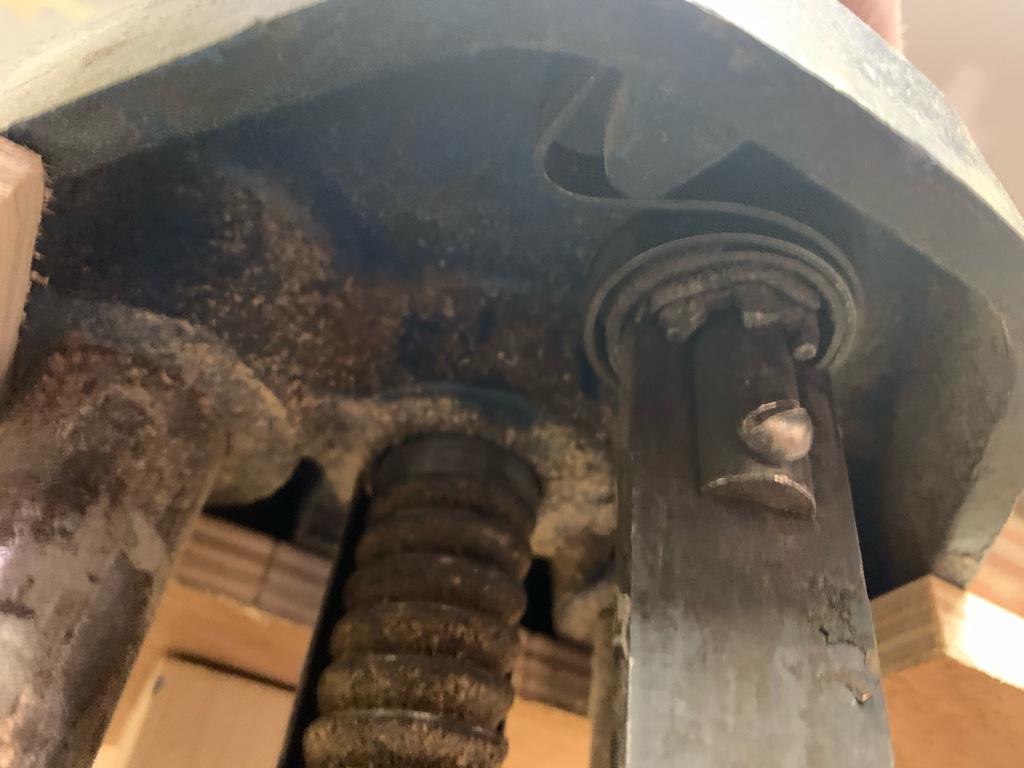 I think it is fitted correct - hard to tell from the descriptions. I’ll try and get another photo later. The notch in the half nut that the strap goes into looks quite worn - I’ll take a photo of that too.

You need to clean the rods there is to much friction.

This is how it should look. 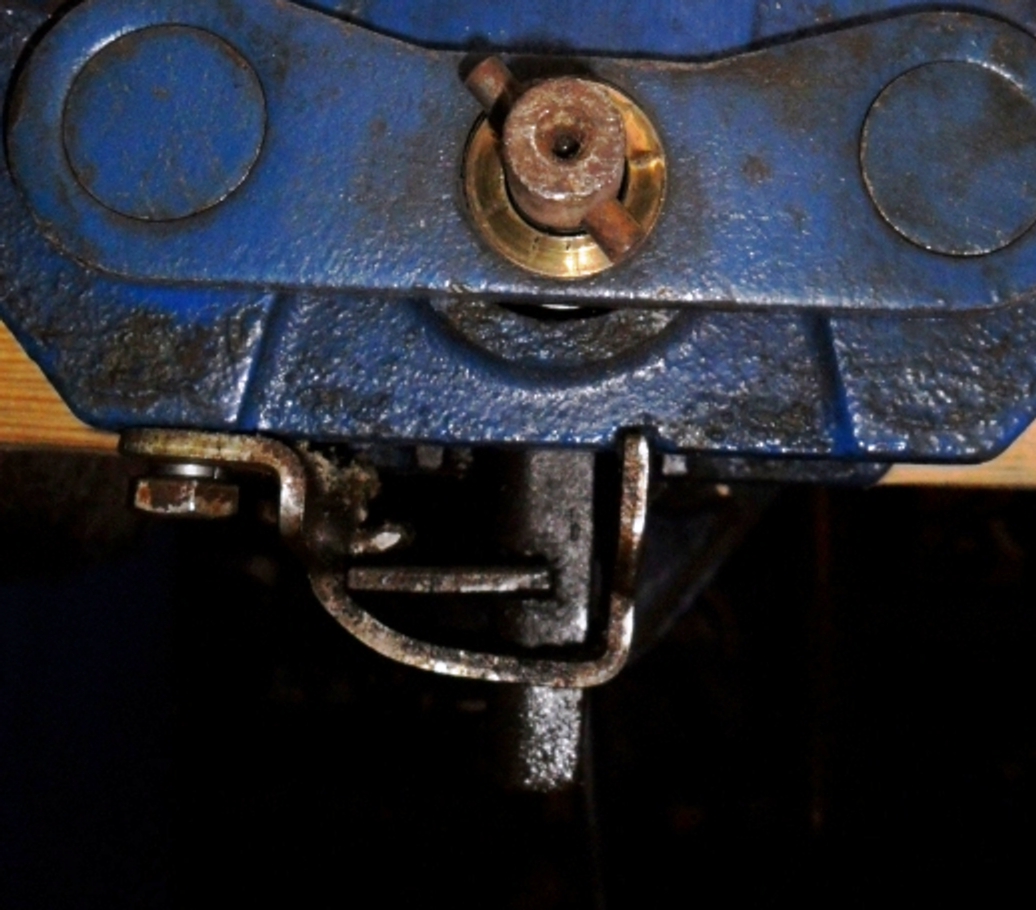 This link is a video of a 52E strip down, might be of interest. https://www.youtube.com/watch?v=JNFNFSvYAQs

xraymtb":1oiat4g6 said:
The notch in the half nut that the strap goes into looks quite worn ...
Click to expand...

Iirc it is shaped to facilitate its assembly - you need to start the bar in the notch and start bolting it down at the same time.
A

Just re- furbished 2 52 1/2 one from 20s and the other 40s. Both of them had slightly offset hole for mounting it on the QR lever which could change the pressure on the half nut wrong way.
You must log in or register to reply here.
Share:
Facebook Twitter Reddit Pinterest Tumblr WhatsApp Email Link