Planning on using single or double 20mm dia ring magnets with countersunk holes. Has anyone used these before?, I need a guide as to the strength of the magnet

If you need discs with central holes (ring magnets) of different dimensions and/or with specific countersunk requirements, please contact us.

There are 2.2kg and 4kg forces etc

I have no idea what design of the fence you have in mind. However I used rare earth magnets with a class of GCSE students some years ago and we found that while the magnetism was exciting, the magnets were very brittle and if the screw in the countersunk hole was tightened a little too much they cracked and became two repelling magnets, difficult to use. In the end we used hot glue to hold them which wasn't particularly satisfactory. So take care.

I've tried to use similar magnets for other purposes and it didn't work out. The magnets I bought from an Amazon.de vendor could not be tightened down much, if at all, before breaking.

I have no idea how the magnets you reference would work for a fence, but I would use something like the Magswitch MagJig-95 or the MagJig-150.

It might be worth looking for one of those dial indicator stands for cheap on the bay or bandgood.
"Hooked on wood" has two or three videos on China tools and it is in one of those, if you wanted to see it.
Tom

What direction are you loading the fence? If this is to stop it sliding on the table I would not consider any magnet base good enough short of some huge electromagnet. For featherboards etc it’s just fine

Are these to hold the saw vertical whilst cutting? I could right do with one of those.
M

TheTiddles said:
What direction are you loading the fence? If this is to stop it sliding on the table I would not consider any magnet base good enough short of some huge electromagnet. For featherboards etc it’s just fine
Click to expand...

Not sure I understand this, Tiddles. Featherboards are actually the things that need to be stopped from sliding as they have sideways pressure on them from their function. A saw fence has a much lighter load.

More generally a magnetic clamp can exert very high clamping force even with permanent magnets. I have a magnetic chuck (bought quite cheaply on eBay) for a milling machine, which is amply strong enough to hold steel down for end milling. Then it is on I can't budge it by hand. BUT a feature of the design of such chucks is that they have permanent magnets held in a fixture which allows the magnet to be moved closer to or away from the mating surface. As in the Magswitch which MikeK referenced, which seems a very good invention. It is very tricky to do this yourself in a home workshop, since as mentioned the rare earth magnets are very brittle and easily broken.

But as you and others say we don't really have the faintest idea what the OP is trying to do. Is it for mounting a fence or featherboards in a saw table? Or is it for holding a hand saw more or less perpendicular the a cutting surface? In the latter case, you do not want to much force, or else you won't be able to move the saw at all. Better to buy a pack of the magnets, fix them from behind in holes going all through the guide, and adjust the depth of the magnet below the surface to reduce/increase the force till it is just right.

Segovia, can you give more details?

Yep, featherboards will likely see the same load as the fence equal and opposite reaction etc. except... if the featherboard slips, it’s annoying. If the fence slips you ruin your cut and potentially induce a kick-back, if they are meaning on a table saw which they might not be.

I’ve never broken a magnet, I think I’ve just been lucky. There’s a YouTube of some making switchable magnets like magswitch, I have a few of them and they’re great

billw said:
Are these to hold the saw vertical whilst cutting? I could right do with one of those.
Click to expand...

Yes for making a square cut, can also be adapted to make an angled cust with consistency

I'll post a picture when I have made it.

MikeK, you are right they are brittle. I think I'll use CA or Araldite
C

I know the size of magnets we use aren’t going to cause this sort of a problem, but this is the frightening blurb that came with the last lot that I bought.
The relationship between magnetic attraction and airgap follows an inverse square law relationship........

If your hand was trapped in between the two magnets the force would start to compress your hand and as your hand got thinner and the magnets became closer together, the forces would then increase dramatically again causing further compression and yet further increase in force.
The scenario really is like having your hand in an engineer advice whilst a colleague turned the handle to crush your hand.
Once in the situation there is no real way of releasing the hand from the magnets as the skin bulges around the magnets making sliding impossible and the forces are so high that only special equipment such as hydraulic clamps can pull them apart.
This is extremely serious and must be prevented by rigourous and well rehearsed health and safety methodology and assessment.
And I suppose it has happened. Doesn’t bear thinking about. Ian PS sorry for putting you off your tea ha ha
H

I used one of these for an auxiliary fence for a bandsaw. I just used hot melt glue to hold it in a recess and it works well. The fence slides in to be attached, so I have no problems with it and it doesn't slide out when in use.
R

segovia said:
I'll post a picture when I have made it.

MikeK, you are right they are brittle. I think I'll use CA or Araldite
Click to expand...

Neodymium pot magnets are the solution

Neodymium Pot Magnets provide the ultimate in clamping force. These magnets are manufactured in a strong steel casing allowing them to withstand continual impact onto a steel surface without the risk of the magnet chipping or cracking. Neodymium pot magnets consist of a steel shell with a powerful neodymium magnet sunken into one face. This arrangement gives many advantages; the magnet can be supplied with a tapped hole, a countersunk hole, a counter-bored hole, a threaded stud or a threaded collar for convenient mounting. Magnetism is confined to one face only, where it is concentrated to give the maximum holding force possible for the size of the magnet

25mm diameter x 8mm thick with a 5mm diameter countersunk hole for fixing +/-0.1mm tolerance Each magnet is only magnetic on the countersunk face Each magnet can support 26kg pull vertically from the magnetic face when in flush contact with a mild steel surface of equal thickness Coated with...
www.first4magnets.com

Or a switchable magnet

63mm x 50mm x 55m high Switchable magnetic base in a shallow 'V' shape for gripping round surfaces of at least 80mm diameter Simple toggle switching mechanism Each magnet can support a steel weight of up to 70kg vertically from the magnetic face when in flush contact with a mild steel surface at...
www.first4magnets.com

I use them all the time. When I’ve broken them, it has almost always been my fault, for over tightening them. The most successful use I’ve found for them, is routing them into wood to within a mil or two, so that whatever is being held by them is protected by wood. I don’t really like metal to metal. Especially useful for knife blocks; 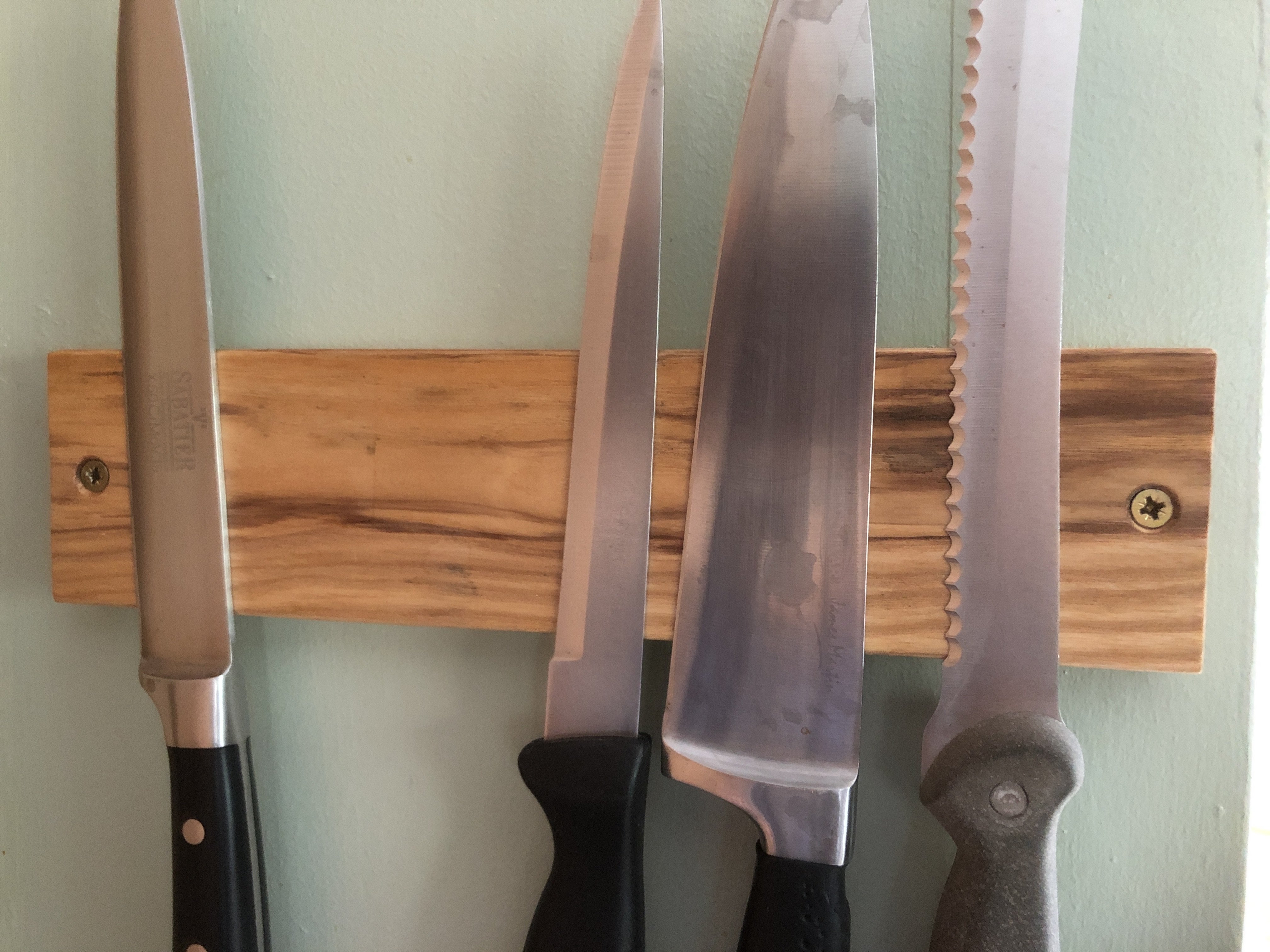