Power tool cases - what's it all about?

My SDS drill comes in a lovely plastic case... but it's virtually impossible to get the power flex back in in a way that enables the case to close. Same with almost every tool case I own. Considering just binning the boxes.
Have you taken the plunge? Did you regret it? Other solutions?
C

I know a few tools like that, it's just not great design.

Another problem is the power tool where the box won't accommodate really common accessories that are often used with the tool.

Because I'm mainly workshop based it's not the end of the world, but whenever I'm doing a site based job and need to pack and unpack power tools it has me tearing my hair out!

I think some of the trouble is that cases are designed to take power plugs used in the rest of the world that are smaller than the UK three pin design. (Let's not get distracted into discussion of which design is better.)

I keep my biscuit jointer in a case because it's relatively fragile, and my mains drill because in the box there's more money in bits and pieces than the drill. The cases from everything else are long gone. I worked somewhere for a long time where every tool needed a 15' - 20' lead or an extension, so I (we) used to put old hoover leads on them - it used to drive me nuts that I could no longer get the lead in the box. Many moons ago it seemed standard practice to sell tools with about 5' of lead on them, the first thing you did was replace the lead.
D

This is why eBay etc are full of adverts for empty branded boxes I guess.

One useful tip for recycling unwanted plastic tool cases is putting a few scaffold clips in them and leaving them next to a skip and builders vans on an extension for example. Probably not best for the environment but it's great to imagine the little scroat's face when he gets round the corner and open the case up to see how much the tools he has robbed are worth. I'd put cobras and ricin in there as well for my satisfaction if I could find any tbh. Still.

Bm101":xys8bayn said:
I'd put cobras and ricin in there as well for my satisfaction if I could find any tbh. Still.
Click to expand...

You could always just put a landmine underneath the case. 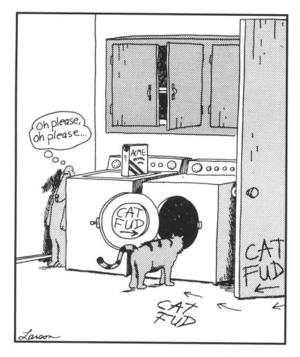 All the cases are a pain. Luckily I only use cases for rarely used tools so it isn't a major problem.
D

Bin em as soon as I get them. The festool ones I give to one of my fitters.
D

It seems like a good, heavy gauge, canvas bag would be better - just stuff it all in. Do site/van tools really get treated so roughly they need two layers of high impact plastic round them for transport?

Location
In a forest in Wales

I do wonder what cases / boxes add to the average cost of the actual tools and to what extent it possibly affects the design of the tool itself.

Deadeye":2cm1dal1 said:
My SDS drill comes in a lovely plastic case... but it's virtually impossible to get the power flex back in in a way that enables the case to close. Same with almost every tool case I own. Considering just binning the boxes.
Have you taken the plunge? Did you regret it? Other solutions?
Click to expand...

For years in my youth I worked in a camera shop, Whenever someone bought a new camera, my boss would insist on taking absolutely everything out of the box to show the customer precisely what they were getting for the money. Which was all well and good, except he could NEVER get everything to fit back in again and would ALWAYS leave it to me to sort out. The Japanese are fiendishly clever at folding and fitting, it was always like the Krypton Factor dexterity test getting it back the way it was intended. Was definitely an artform, like woodwork, and another one I've still not mastered!
B

Think I have mentioned this before. A good mate of mine had his shed broken into, a lot of dewalt boxes were taken. Found in a field minus tools of course. Police told him, no use dusting for fingerprints as the plastic they are made from does not hold fingerprints! I'm cynical but I think it's a deliberate ploy by manufacturers so you have to replace your tools rather than the police recovering them.

Well....I keep most of my tools in their cases and have no problem. But I have a tidy fetish!
S

Ditch the moulded liners and you'll get (sometimes a lot) more in the box.
Plano type toolbags with the hard plastic bottoms are durable and useful. I get a large + small orbital sander and a bunch of discs in one for example.
Maybe just me but I don't find it very useful to clip toolboxes together for transport. Too heavy or awkward to carry.
Not to knock the dewalt toughboxes which I like because they are tough and their airtight seals help me fight off the rust.

Location
In a forest in Wales

Sideways":1n7jttr6 said:
Ditch the moulded liners and you'll get (sometimes a lot) more in the box.
Click to expand...

I have in the past used the liners in home made wall hangers which has proved useful. I basically build a shallow open box with a cleat on the back and slot the liner in. The tool is always to hand, has a permanent place to live and you know when it's not where it's supposed to be (if that makes sense).
I've kept the standard format boxes like the systainers, makpacs and tsaks of this world as they are easy to store within their own footprint and a little easier to transport in bulk. I will however rarely hold onto the blow molded-cases as they are not usually standard size and, as per the OP, a nightmare to repack due to the tight space and never has room for the usual bits that go with the tool.
Worst one I've come across to-date is the Fein multitool, it used to be a fight every time to get that long lead in. Plug-it's or similar or the way to go if you keep the boxes I think.
S

shed9":2m0648ag said:
Worst one I've come across to-date is the Fein multitool, it used to be a fight every time to get that long lead in. Plug-it's or similar or the way to go if you keep the boxes I think.
Click to expand...

Funny
I made a wholesale change to put all of my tools in toughboxes for better storage in the workshop, but found fully loaded cases to be heavy and I've gradually migrated several tools that i regularly transport into smaller lighter boxes that are easier to transport.
I've ended up with a few of the new bosch l-boxes because they're cheaper than systainers, not because they stack, and after trying a cordless multimaster, a bunch of the traditional Fein orange cases. These don't latch together but are quite robust and a size that suits me. I use these for stuff other than powertools as well.
S

Makita have a habit of making ridiculous tool boxes,prime example is the RP2301 router.
1. Once the fence rods are clipped in, they are a pain to remove. It'd be easier to wrestle a dog toy off a pit bull. Polar opposite with the wrench, that doesnt clip in its recess.
2. Mines a 110v, the plug doesnt fit in the box recess.
3. This is the best, the recess for the router is so precise that you cant put the router in that recess without removing the rod retaining thumb screws. Constantly removing and refitting those gets old really fast.

I have a trend sub base on it most of the time and that stops it fitting it in the box altogether so I ended up chucking it.
Makita seemed to have jumped on the systainer bandwagon now, which is a good thing but only a few tools use them. Only downside is its quite an old iteration of the systainer system.
You must log in or register to reply here.
Share:
Facebook Twitter Reddit Pinterest Tumblr WhatsApp Email Link