This may help someone:

Long before I knew her, my good lady bought one of those electric carving knives - must be 50 odd years ago now.

I reckon that on average it's probably only used about 5 or 6 times a month, but even though the 2 reciprocating blades are SS they have got a bit dull after such a while. So I've had a go at the blades probably a couple of times over the years. Having a rather complex tooth shape I was only able to attack them with a couple of shaped slip stones, and I'm not a very good knife sharpener anyway, so the results have been at best mediocre.

Anyway this Christmas just past things had got bad enough that SWMBO decided she needed a new machine (being so old there were no spare blades available for that old machine, I did check). So a new one was bought (NOT as a Crimble pressie I hasten to add!!!!). Everything fine.

After Christmas I got to wondering about the old machine and took it down to my workshop. Having had quite a lot of difficulties last year with accurately and cleanly cutting upholstery foam for a job I was doing I thought I'd try the discarded electric carving knife on an off cut of that same foam.

Would you believe - "hot knife-butter"! Beautifully accurate and very smooth cuts. And the same result on a bit of expanded polystyrene (packing) foam too (in my aeromodelling days I used to use a hot wire cutter for foam wing cores, and that's good, but that "dead" carving knife is even better).

I didn't have any closed-cell stiff insulation foam to try the machine on, but purely at a guess, I'd imagine it would be similarly effective on that material too. Anyway, that redundant machine now has a place in one of my workshop drawers "for next time".

I'm not suggesting that you go out and buy an electric carving knife for the workshop - though the actual price paid for my wife's machine back 50 years ago was actually 50 Swiss cents MORE than the new one I bought the other day - but if the domestic authorities allow and you need to cut such foams accurately and smoothly you know where to look (actually, I suggest that you look when the domestic authorities aren't around)!

As no heat is involved in the cutting process, I suggest it would need no more than normal washing up liquid and hot water to clean it off before sneaking it back into its home! What's now "my" electric carving knife shows no marks at all on the blades after cutting the above foams.

As said, this may help someone.
F

car boots sales are a good source for electric carving knifes. i have usually seen one or two at every car boot sale i have been to. and at the prices asked even if you only want it as a source of spare blades it is good value (and you get a spare motor bit thrown in!!)

PS electric knifes are the best way I have found for cutting newly baked, still hot from the oven bread

Nah man, that aint right :roll: :roll: :roll:
Fresh hot bread HAS to be jagged cut, its a law (hammer) (hammer)
How else you going to get all that excess butter to stay on? 8)
A

Surely Bob, if the bread is that fresh that it's still hot then it's only a matter of having a load of butter on the knife and S L O W L Y moving it across the surface of the bread. By the time you've got to the end of the cut the butter's all melted & seeped into the bread, no?

AES":3k1x79ah said:
Surely Bob, if the bread is that fresh that it's still hot then it's only a matter of having a load of butter on the knife and S L O W L Y moving it across the surface of the bread. By the time you've got to the end of the cut the butter's all melted & seeped into the bread, no?

A common misconception of non bread aficianado's.
Fresh HOT bread needs to look like it was hand broken, and the ridges and valleys can then contain MORE butter than what can be melted into it.
The one and only time I like hot and cold in the same mouthful =D> =D> =D> 8)
A

As ever Bob, I bow to your "superior" (well "older" anyway) experience.

At one time, regular wavy-edged bread knives were the standard piece of equipment for cutting insulation boards! There are a few insulating saws that work on the same idea as what you've discovered, namely the Festool ISC. 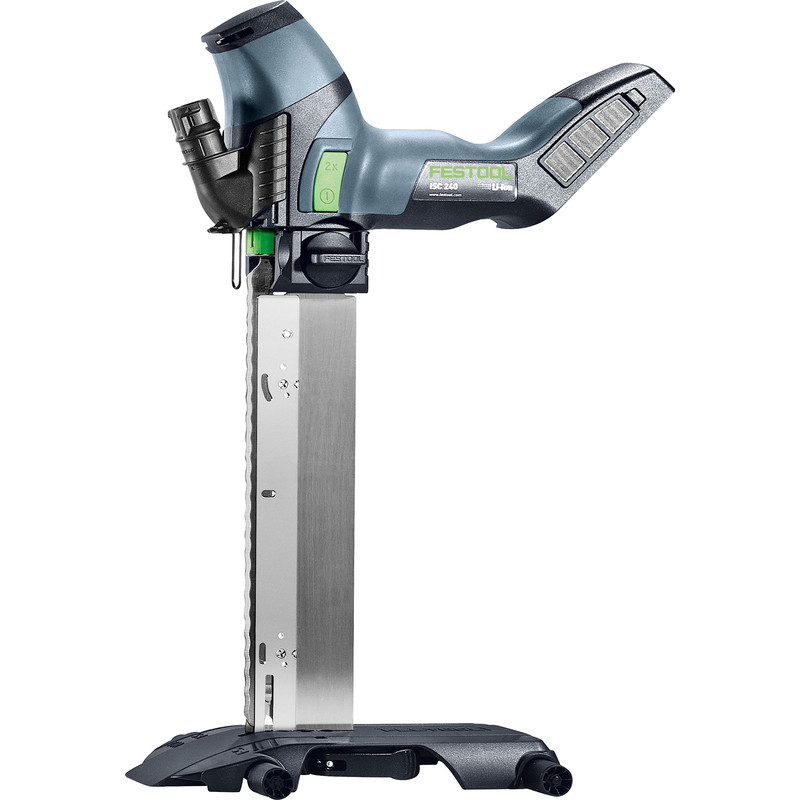 Bet that cost more than a tenner in aldi :shock:

The bread subject has got me going now. I dont eat much bread any more, as with all things you love to eat, they actually slowly poison you.
But I've been without bread now for several months, so I think the breadmaker is going to be dusted off this week.
OI! woman! go get another 2lb of butter!
8) 8) 8) 8) 8) 8)

AES":1wigb1k0 said:
As ever Bob, I bow to your "superior" (well "older" anyway) experience.
Click to expand...

Ohhhhhhhhh, OK Bob! You'll find out anyway, but come end this April I'll be 75. But I STILL eat plenty of bread!!
A

Well once again Trevanion, I've learnt summat. But as sunnybob says, I bet that tool costs more than a a few quid in Laldil.

nowt much change out of half a grand.

Think I'll stick to the bread knife.
A

OR an "old" electric carving knife.

All through my teens, my supper was 6 slices of toast. My evening meal was usually beans on toast, Sandwiches for lunch. Guess what breakfast was? :roll:
And a special weekend treat was eggs beans and bacon sarnie (best eaten while wearing a bib) :lol:

at least the festool bread knife has crumb extraction

Foam and frozen bread can both be sliced on a Startrite 352 with a 3tip skiptooth blade.

Trevanion":2yely84m said:
At one time, regular wavy-edged bread knives were the standard piece of equipment for cutting insulation boards! There are a few insulating saws that work on the same idea as what you've discovered, namely the Festool ISC.

Speaking in my capacity as a lagger, I'll keep my bread knife, ta! :lol: (actually a fancy insulation knife, but its basically a bread knife) I do miss having a pointy knife for using as an emergency screwdriver :lol:
D

Interesting! I cut a (from memory) 7"thick memory foam mattress in order to upholster my chaise-longue build.

I used an old, very long (and very sharp) butcher's knife. In spite of being as careful as I could, the edges were "wibbly" at best. I'll def give the 'leccy bread knife a go for similar future projects.
A