Phil Pascoe said:
You've got it bad, haven't you?
Click to expand...

Starting to enjoy it, finish is letting me down a bit but I will get there eventually

Garno said:
Starting to enjoy it, finish is letting me down a bit but I will get there eventually
Click to expand...

Only starting to enjoy it? 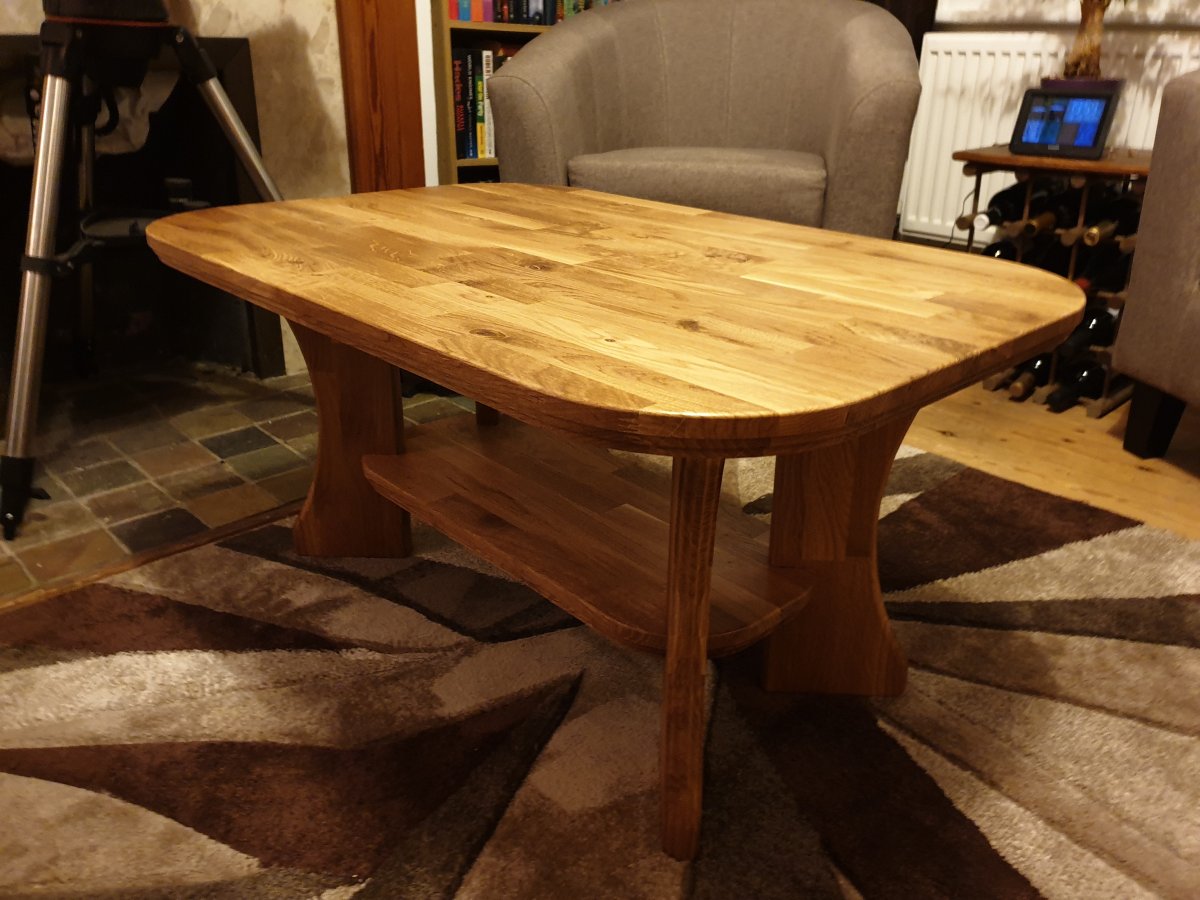 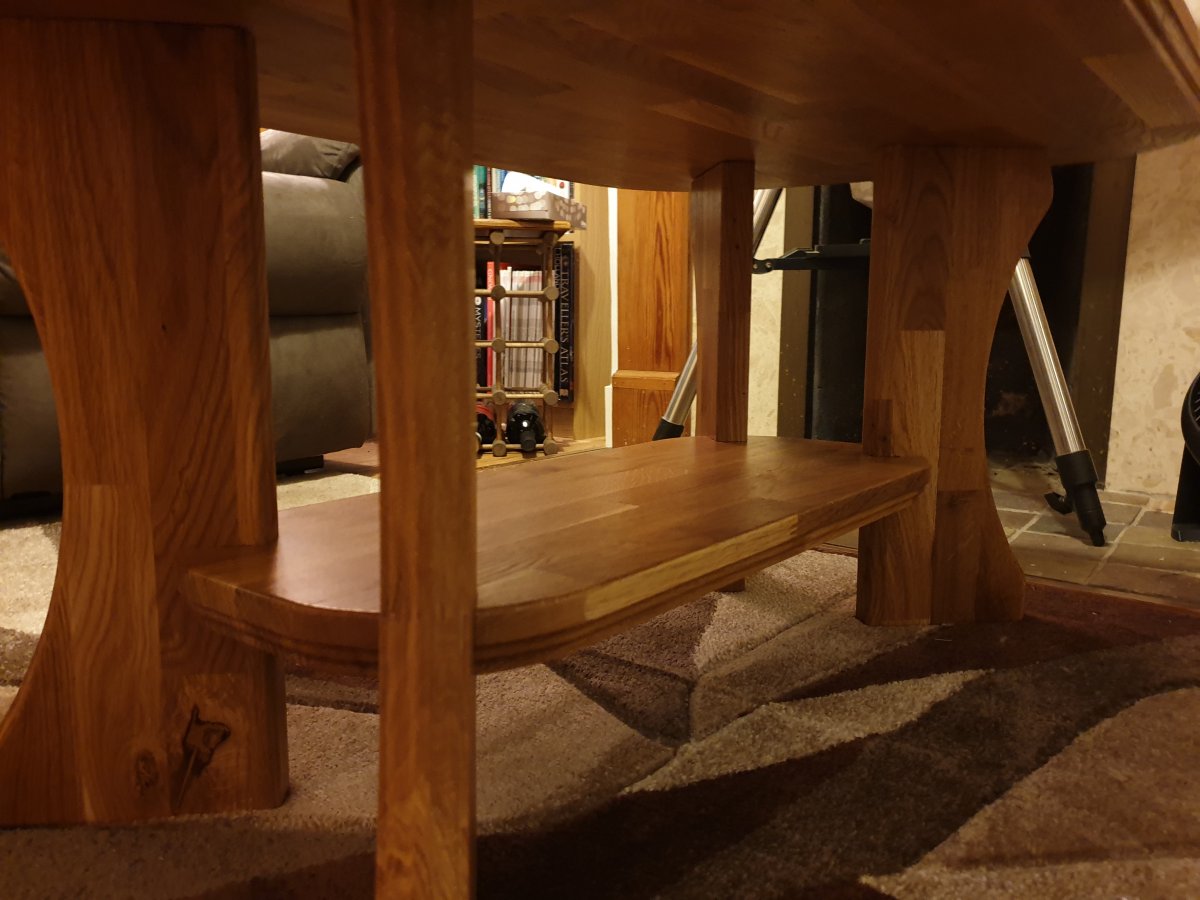 This is something a little different for me, I saw something whilst on hols in Devon and decided surely I can make that!
So here is my attempt - in case you can't guess it's an oak tree, made from some oak I had! 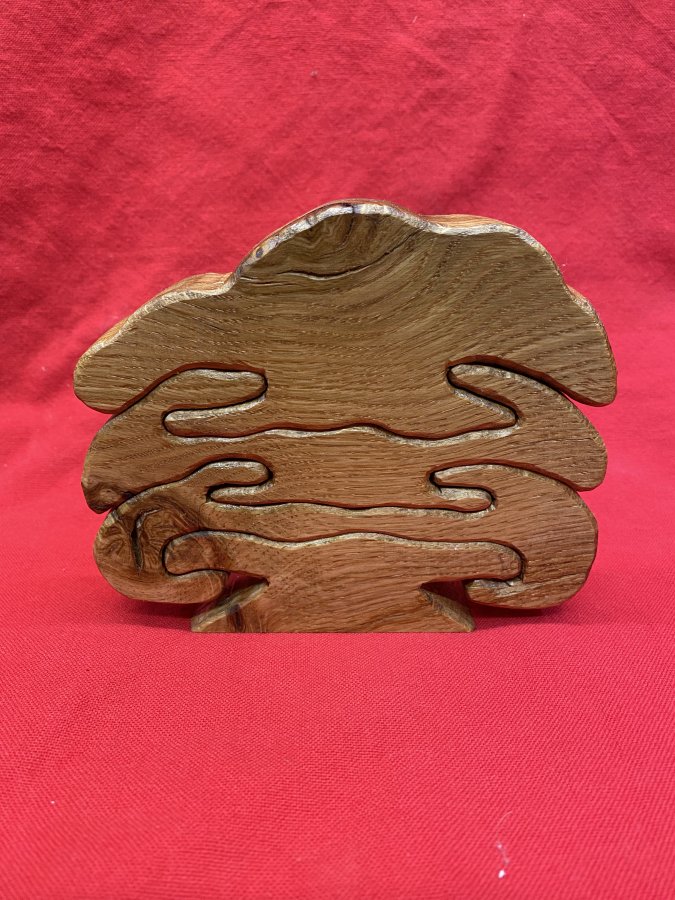 Made two Japanese sawhorses this weekend, not for a specific purpose, but they might come in handy for some larger size projects in the future.

They're surprisingly sturdy, was a bit worried about the straight legs of the Japanese design vs the triangle type sawhorses.

Hand tools bridle joint on top, (lazy) dominos for the other joints! 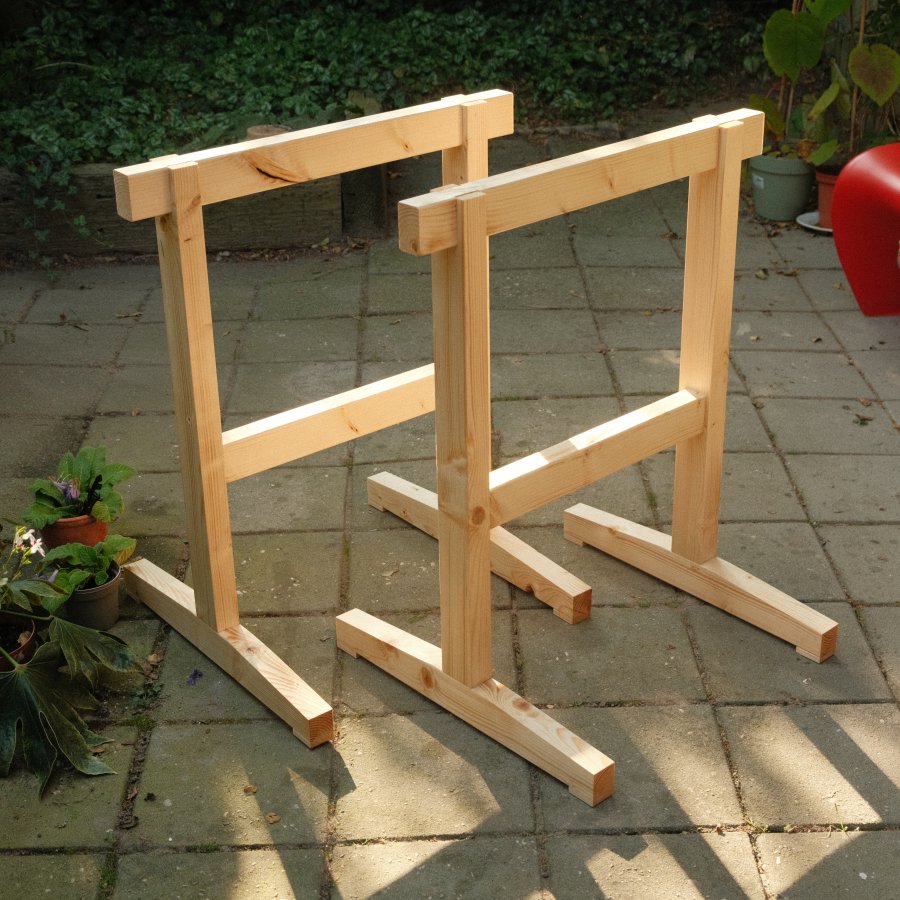 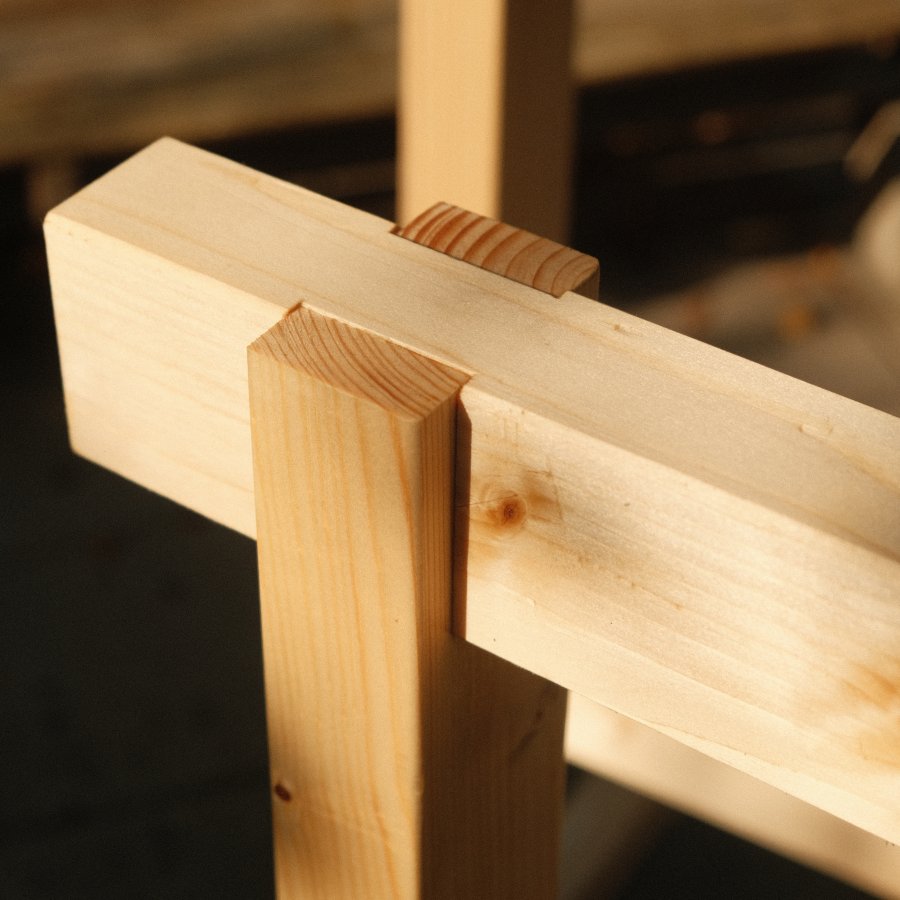 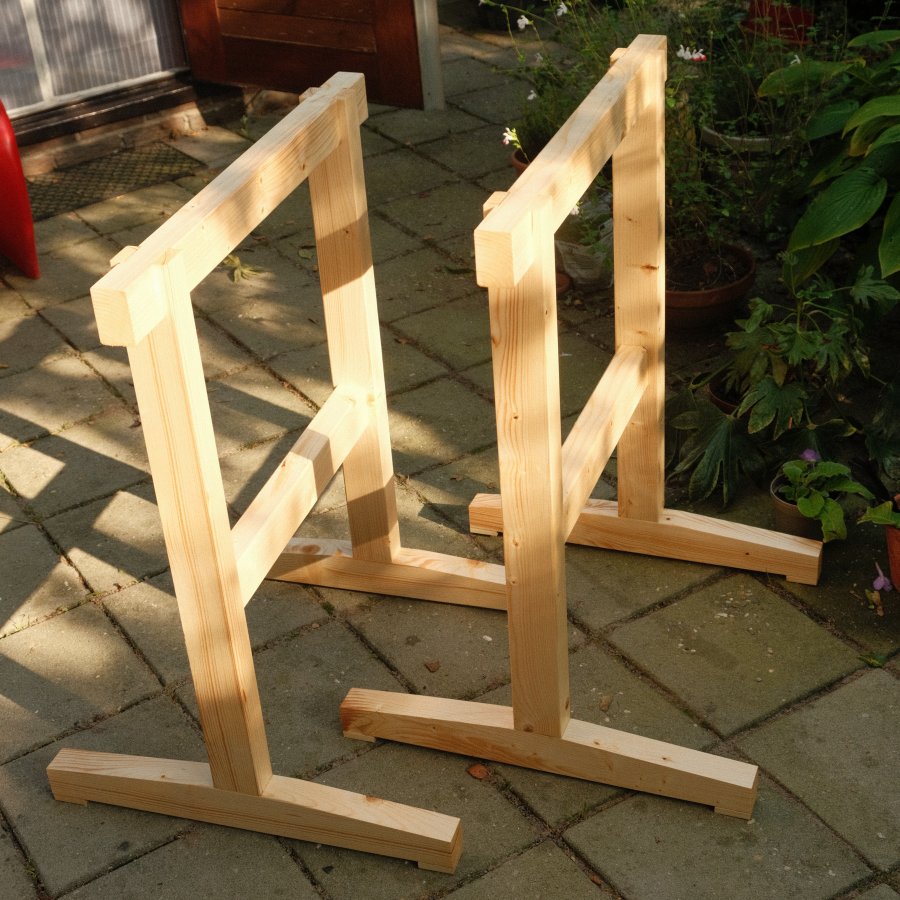 The 26c3 parers, effectively finished. This is kind of a hard steel to work with hardening unless everything is lined up right on the chisels before they're heated, everything is done right when they're heated ( they're sensitive to overheating, so you can't just do it willynilly - nothing in the alloy to prevent grain from growing - just as is the case with white steel, and not enough manganese or chromium to make them harden properly in anything other than very fast quench oils). When everything lines up, they come out one after the other feeling the same, and it's just a matter of whether or not you have to cast one or two out of the bunch and remake due to warping.

They need a bit of hand finishing and to have the tangs sharpened and made more crisp (so they can be used to ream the hole for their own handles), but anything that risks the chisel not turning out that great is all in the past. 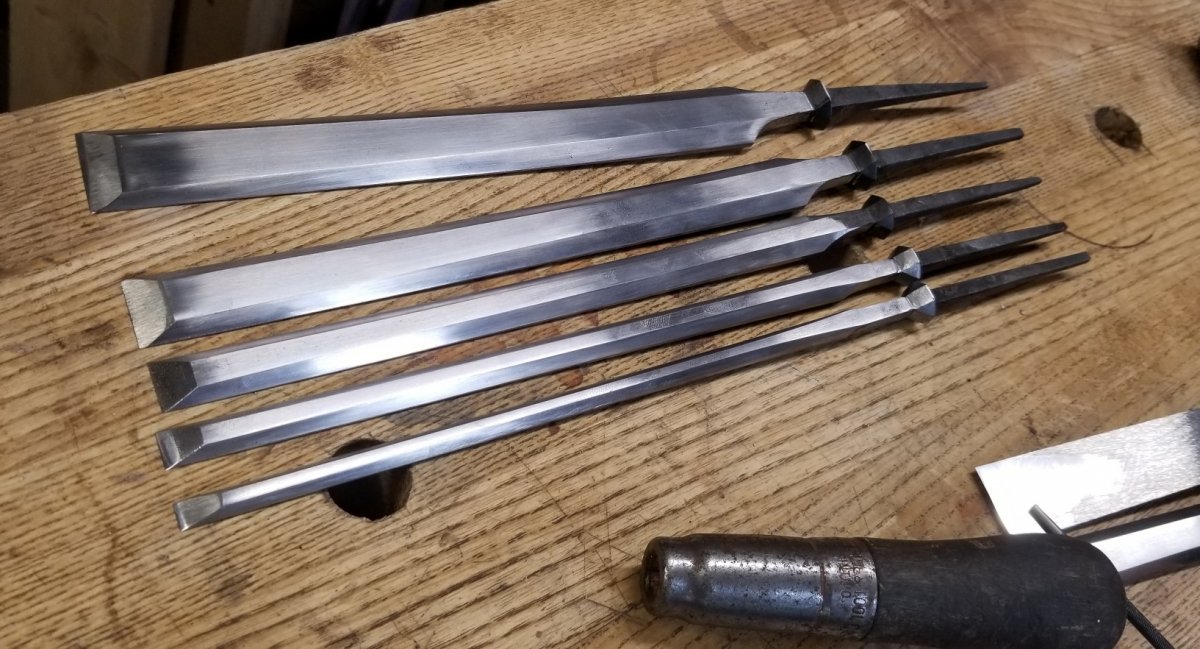 testing is relatively easy thanks to an old file handle. They need to pare for a while without showing a tendency to leave any lines on the work (other than burnishing from the corners of the chisel itself).

In the US, we'd call these "english paring chisels" because of the thin cross section and the tang. They are about 1/8th thick for half of the length with the narrower chisels being slightly thicker for strength. I guess you guys would call them "paring chisels" without the English qualifier. Paring chisels weren't common in the US except for the types obviously made for patternmakers or strange really long socket chisels (I have no clue what those were used for - a long socket paring chisel is a clunky awkward item with a thin blade and a dumb short handle attached to it, and they were usually made less awkward by making the blade shorter but still referring to them as "socket paring" chisels in catalogs).
Last edited: Tuesday at 20:05
D 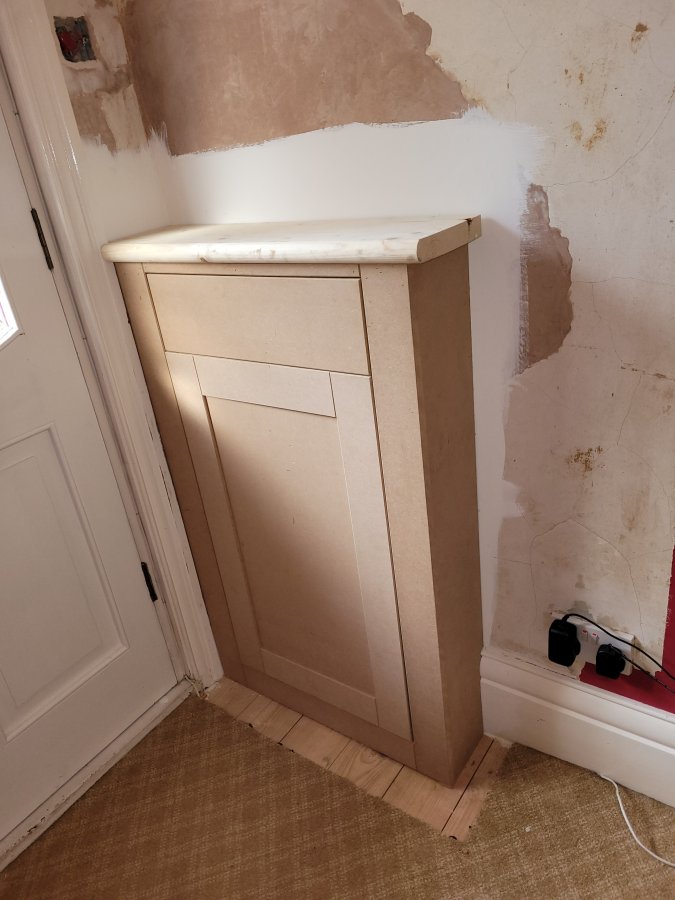 Little built in cabinet to cover a fuse board. With a little drawer for your keys. 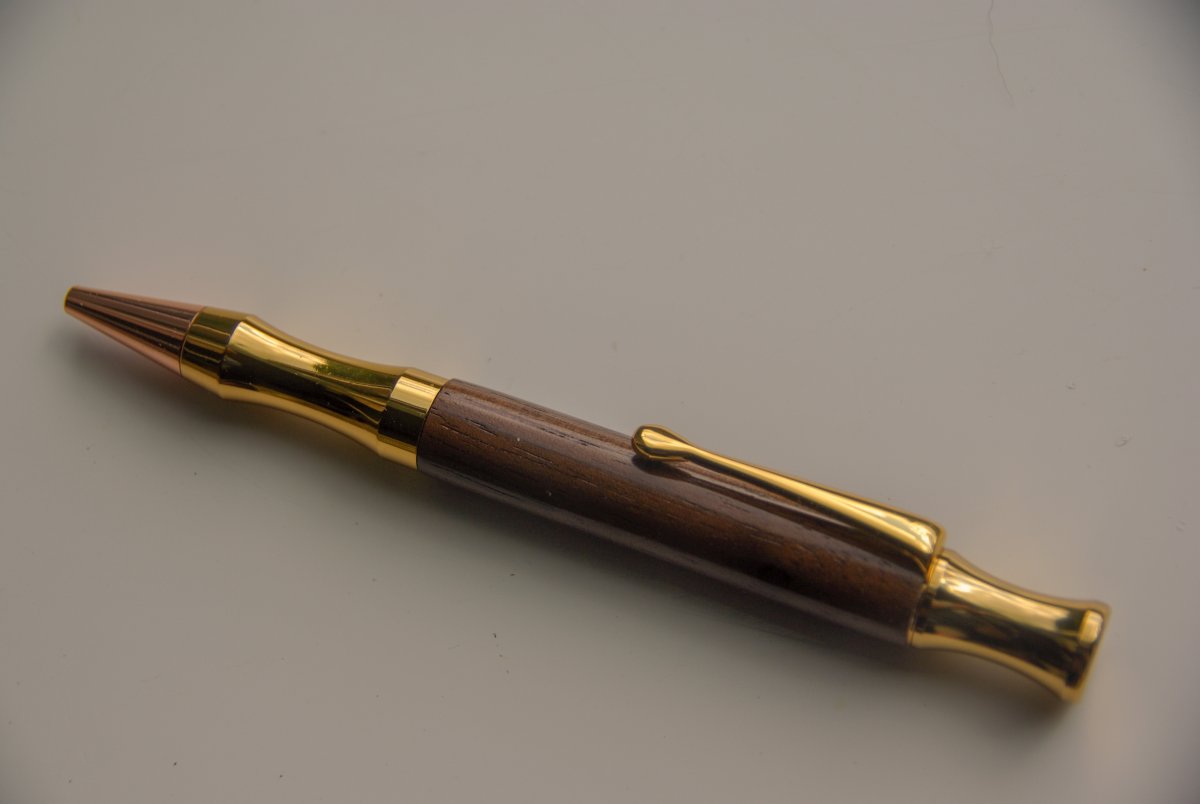 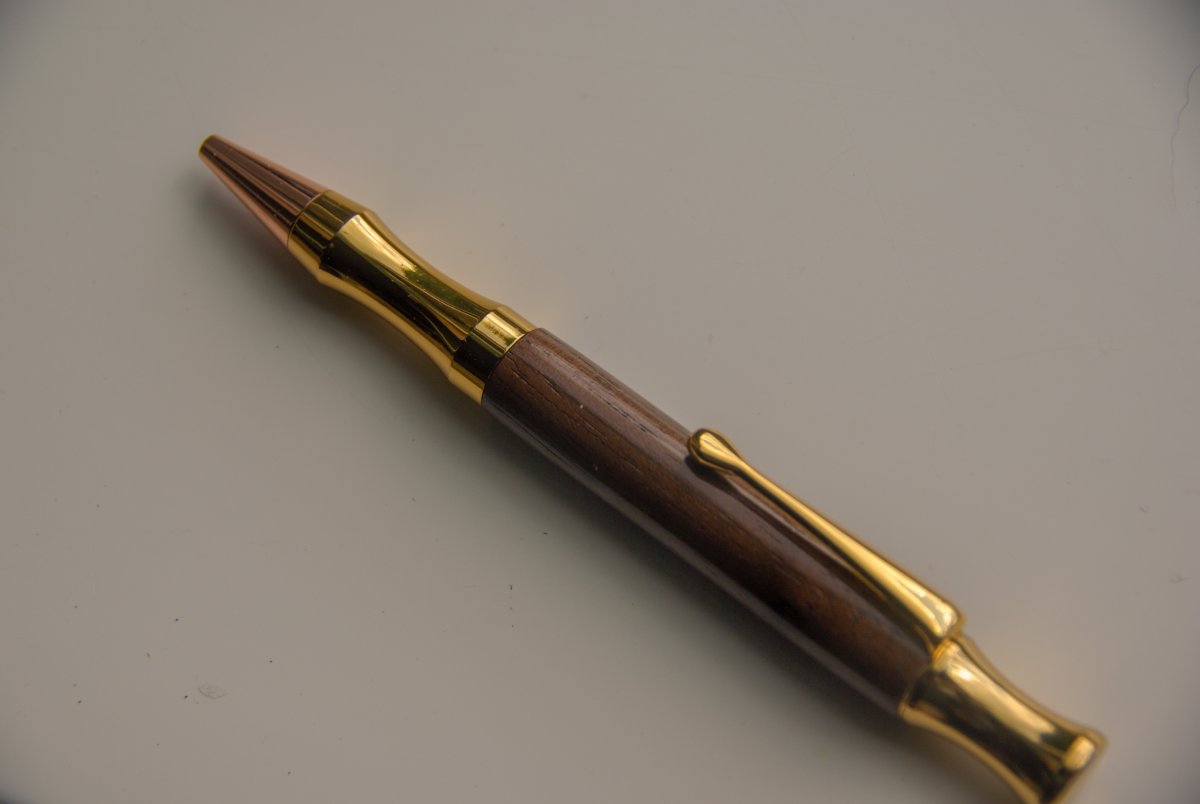 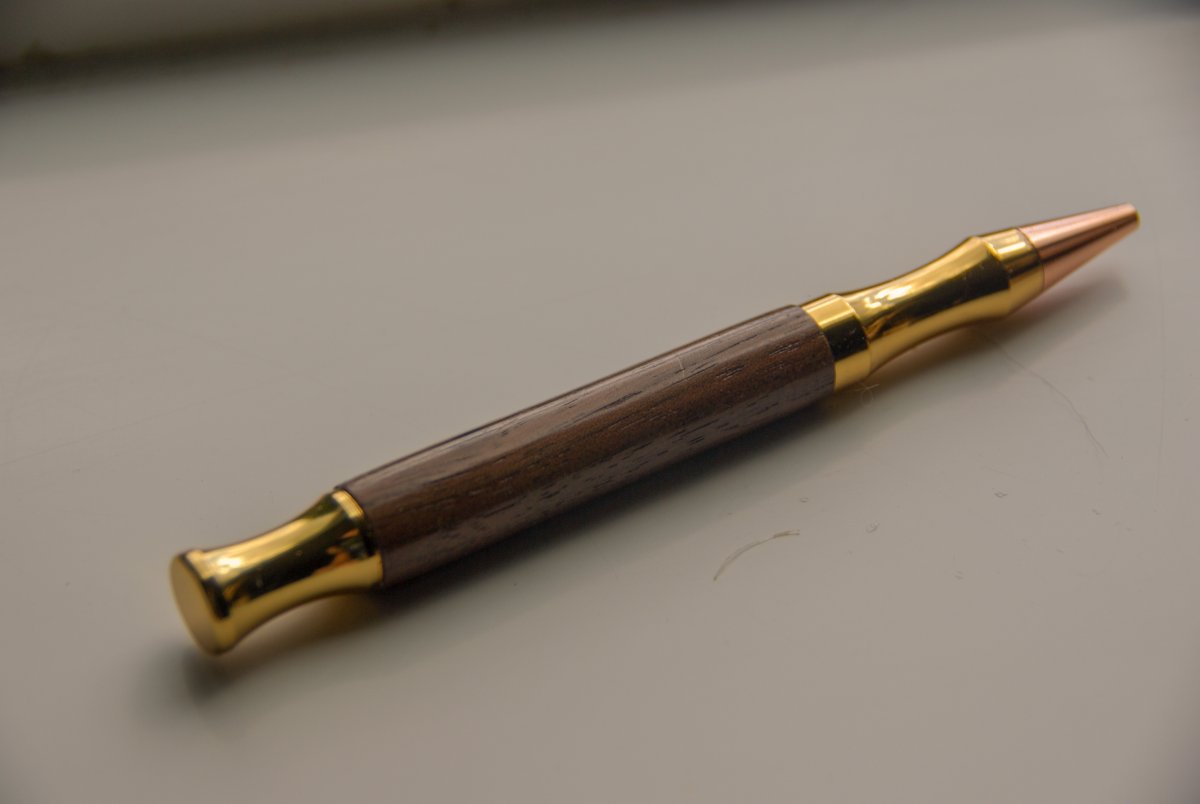 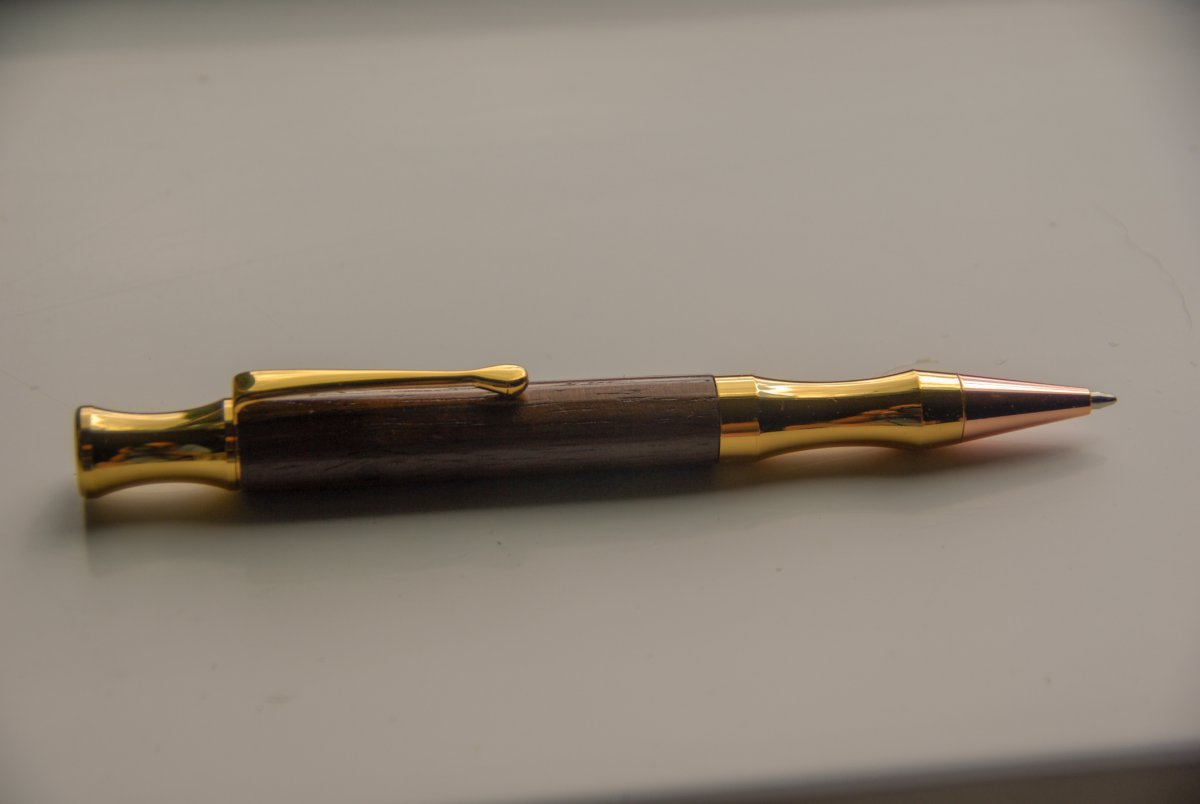 
this is the @krisscross item. It is on my channel but is set to unlisted (if you have the URL you can view it) and I will be deleting it as soon as he has fixed the upload or link.

here is another version but with audio.
again both will go soon
Click to expand...

thank you for this, I totally forgot about youtube, even though i watch it everyday lol 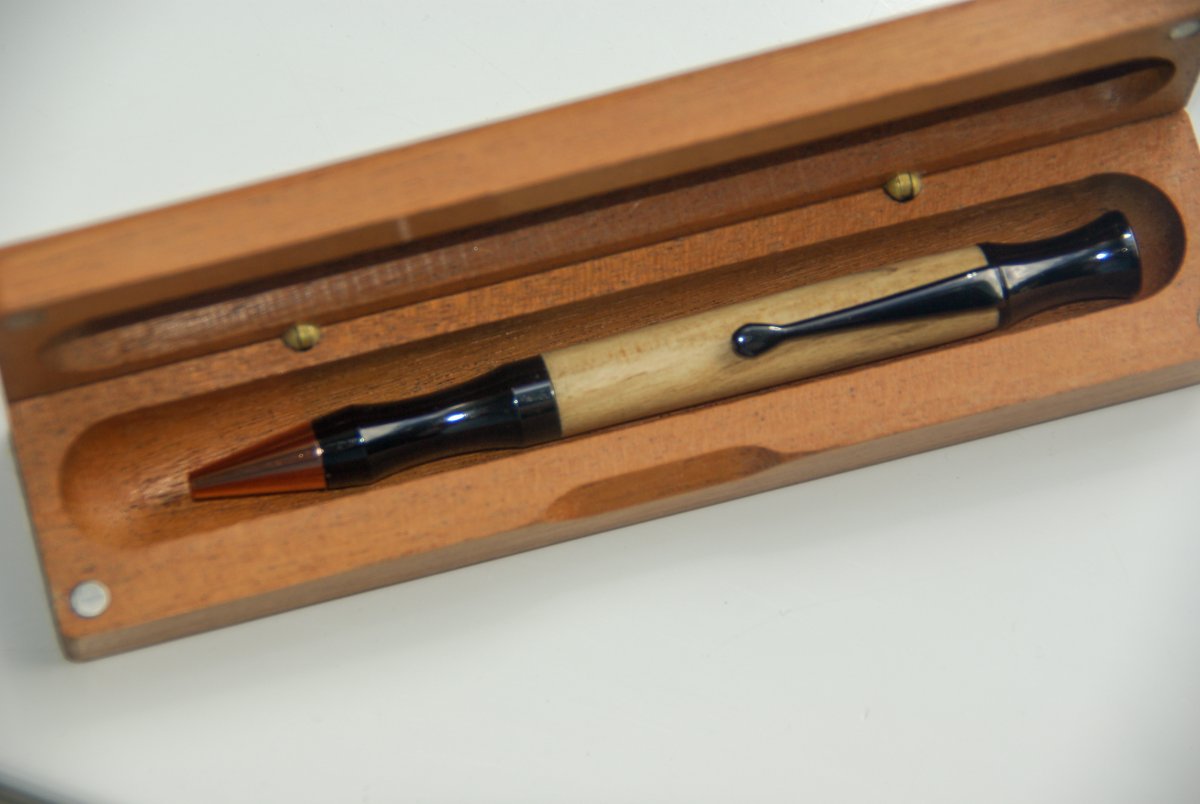 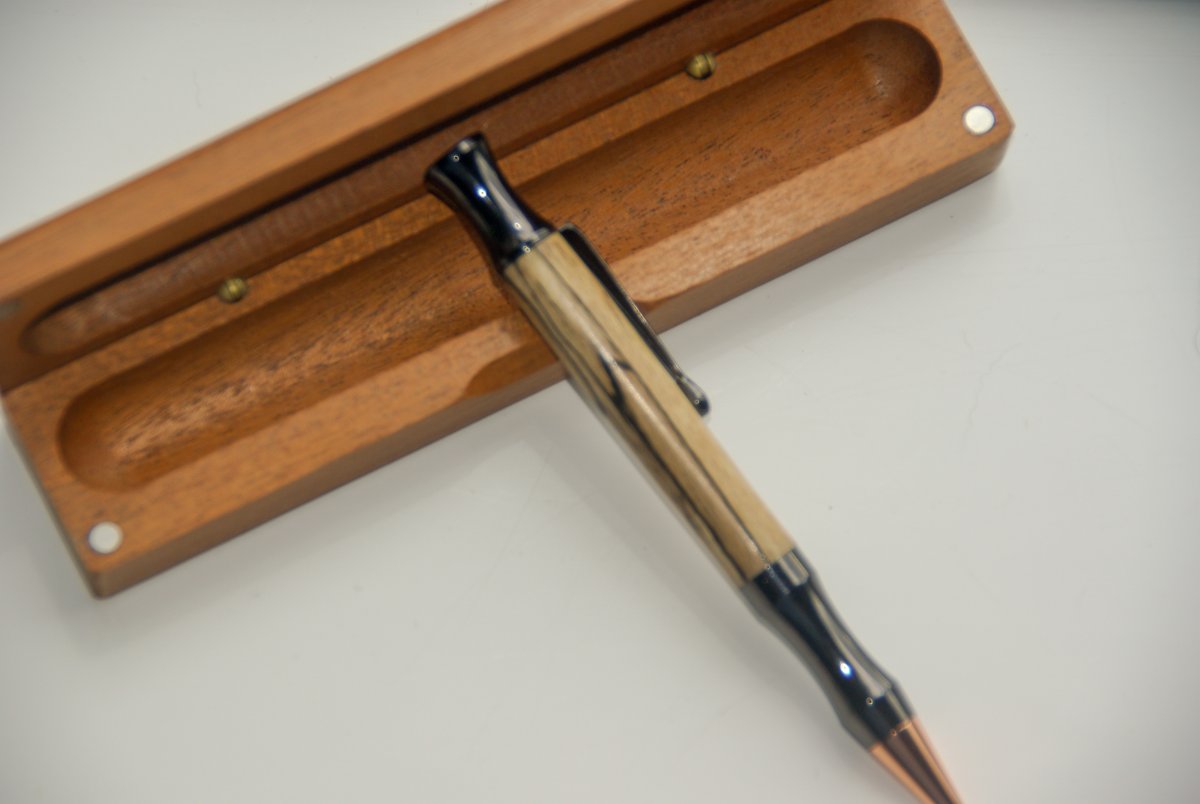 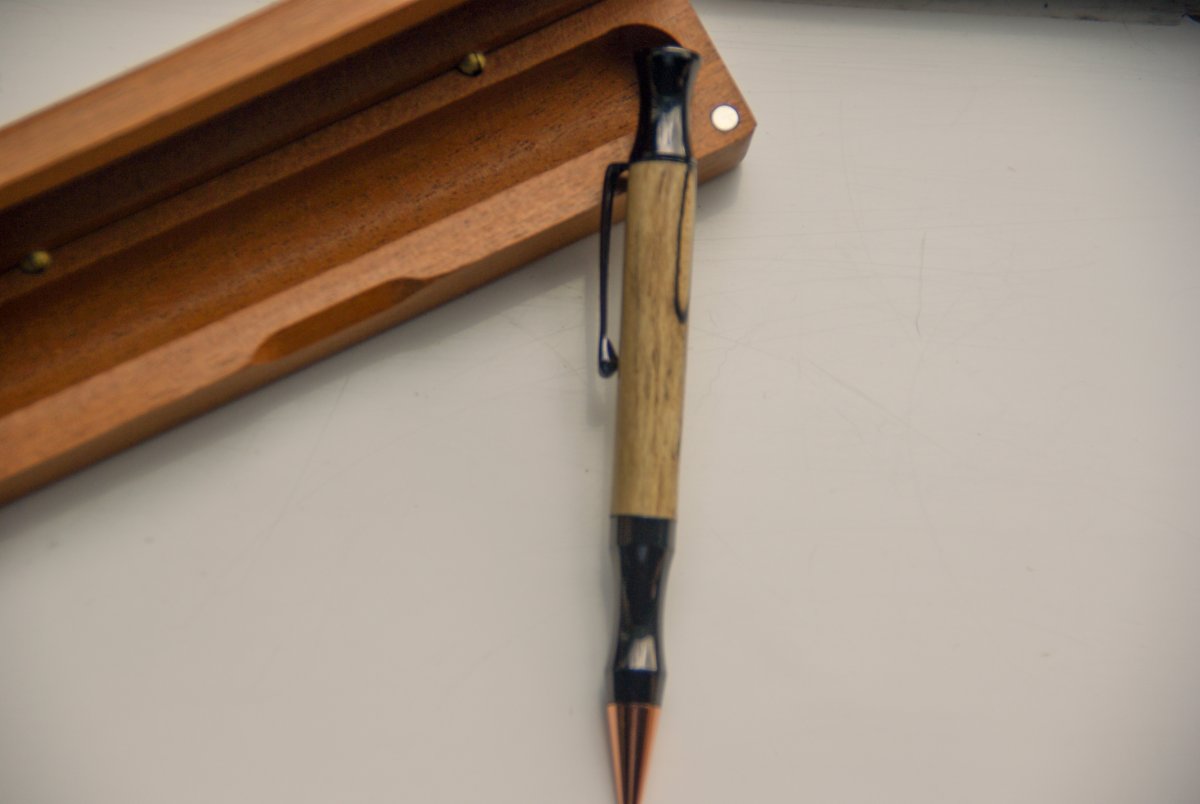 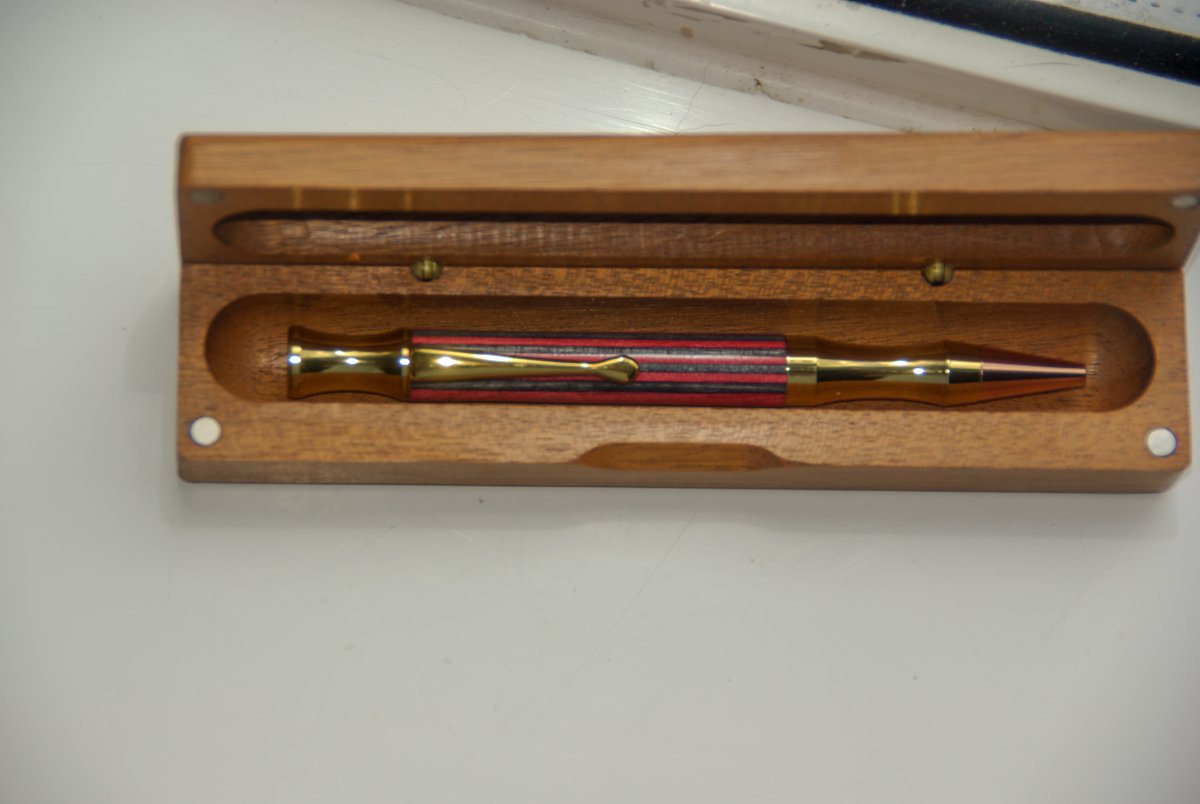 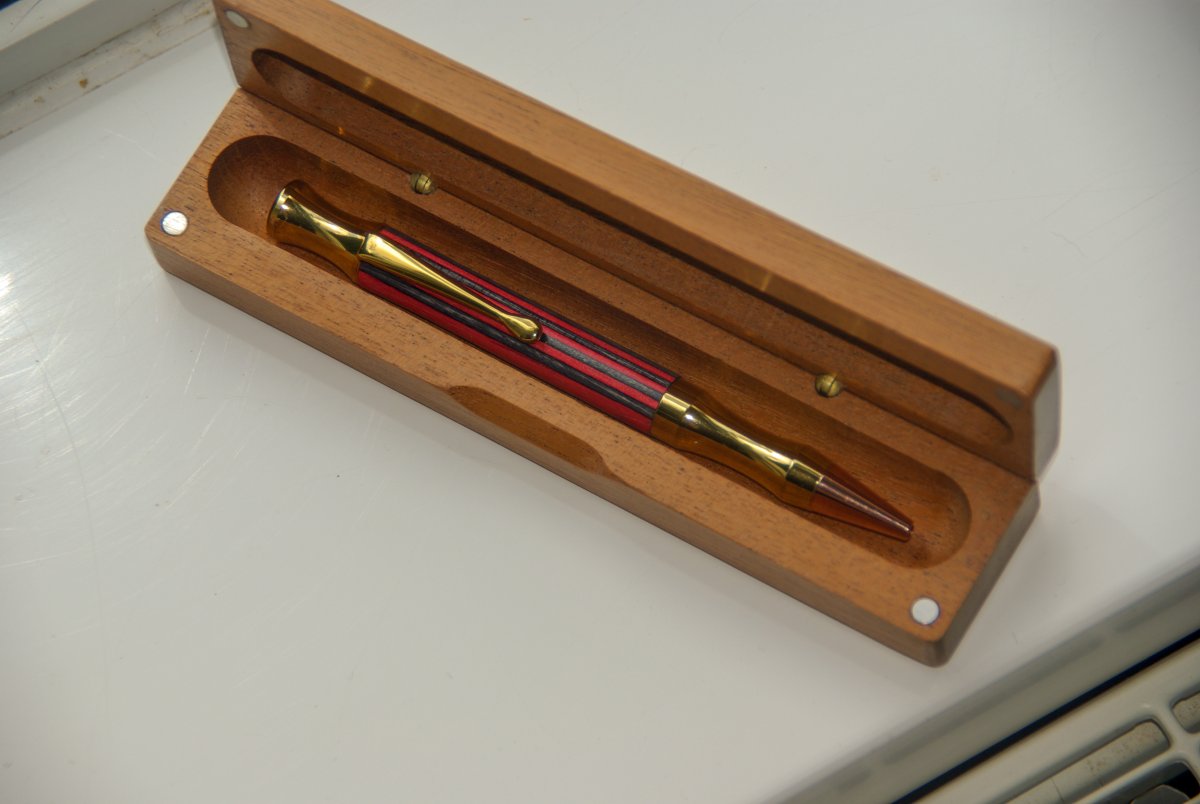 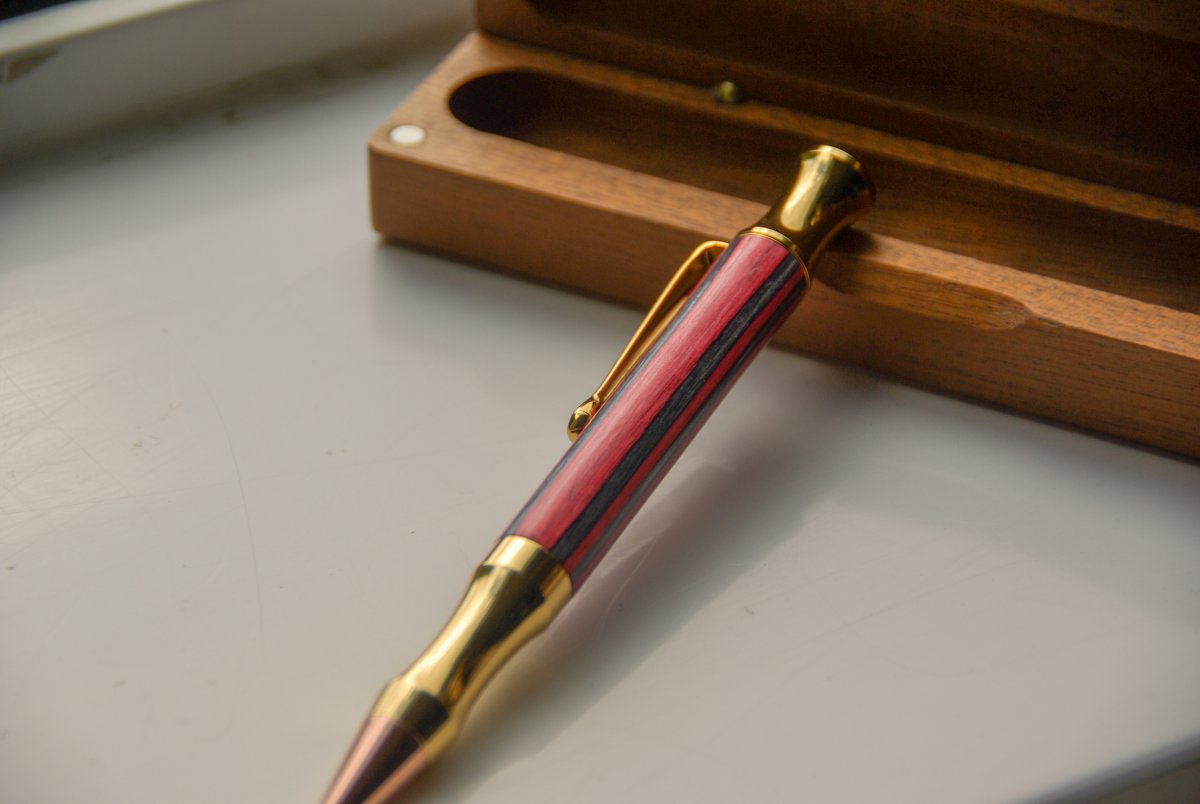 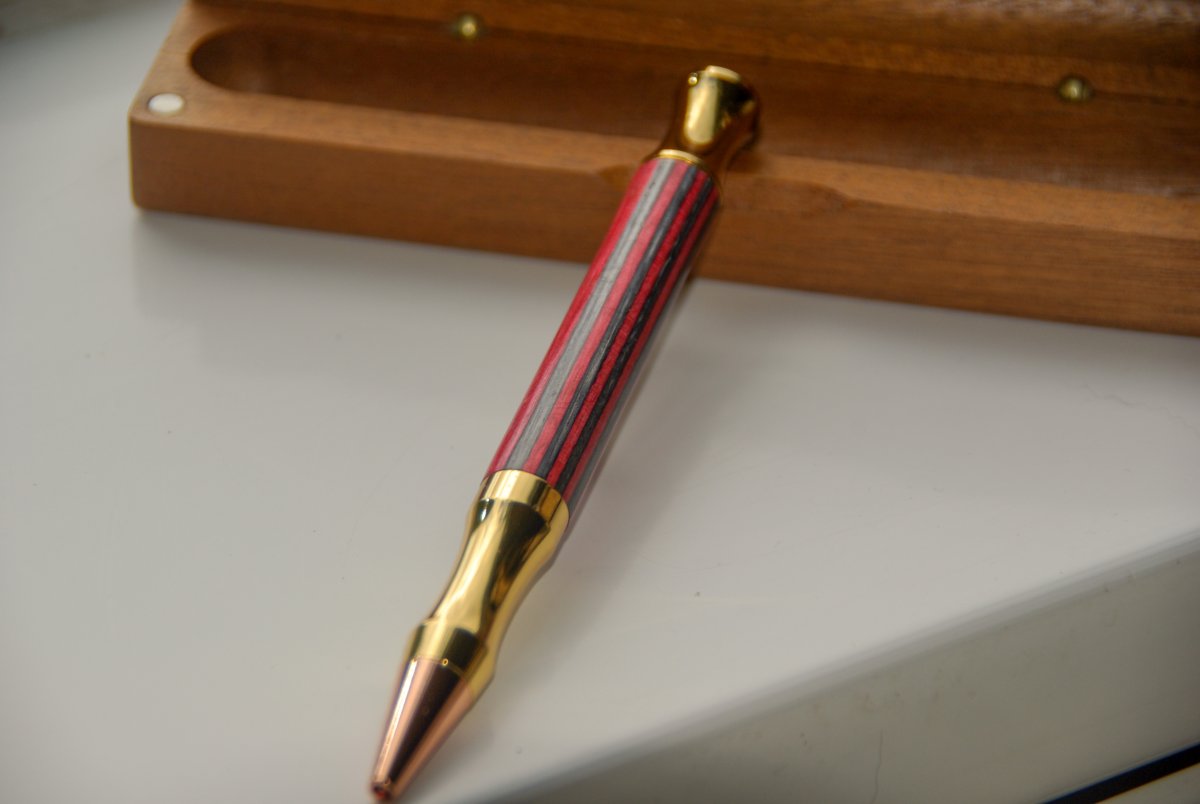 Following on Garno's Pen theme here is a pen and pencil set for my wife's birthday today.... 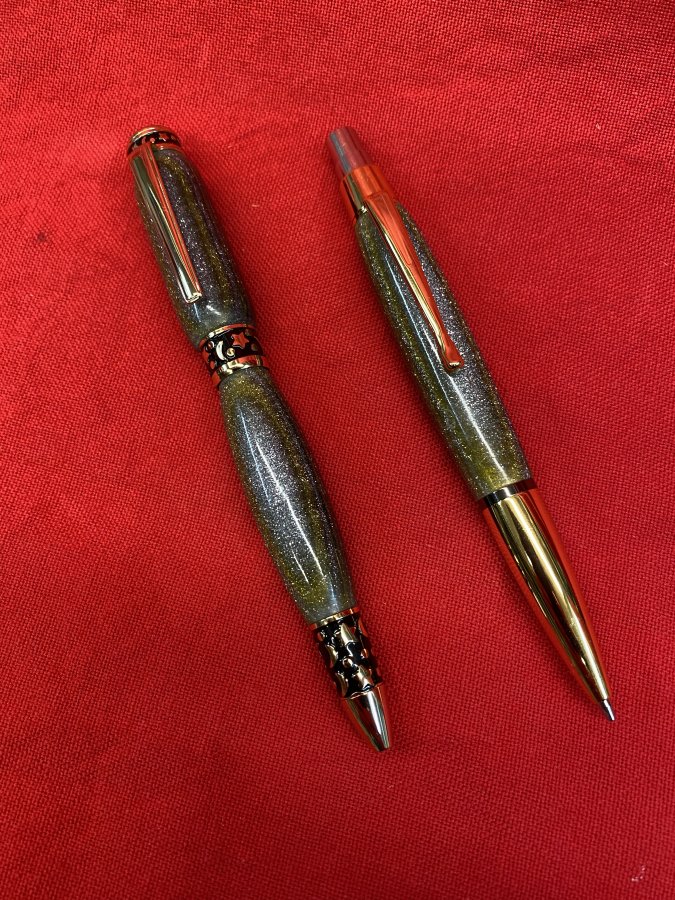 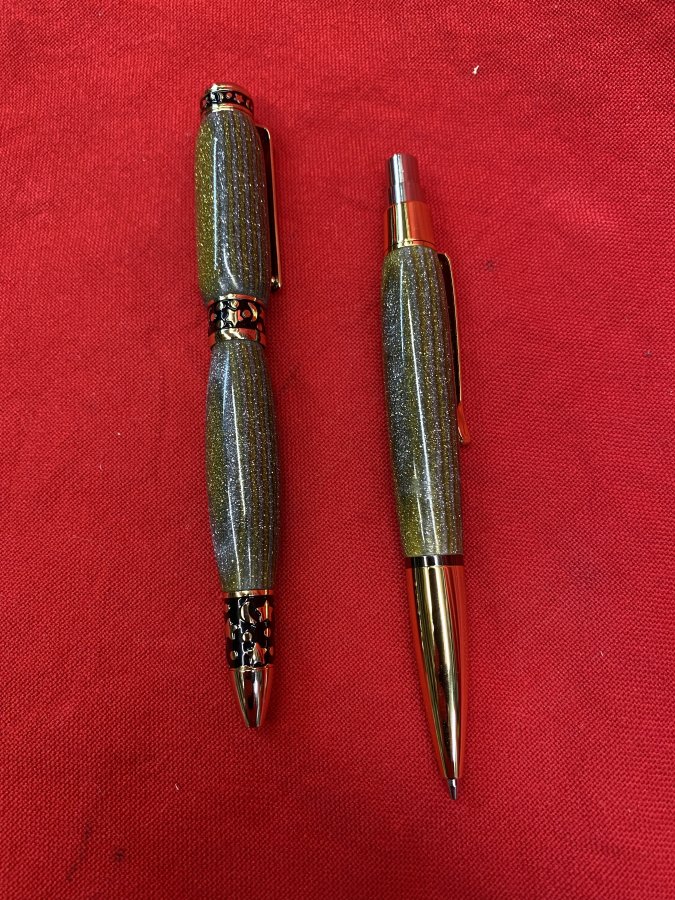 Padster - if you join in with Secret Santa I'll fiddle the draw to ensure you and Garno aren't drawn together.

Phil Pascoe said:
Padster - if you join in with Secret Santa I'll fiddle the draw to ensure you and Garno aren't drawn together.
Click to expand...

That did tickle me Phil
J

What happens if your no good at making something.....can swap a bird box for a set D_W chisels!!!

Made this aluminium insert with guide blocks for the bandsaw with the help of a mate, not my idea but one I came across on Instagram but as it seemed to have merit I thought worth a try. 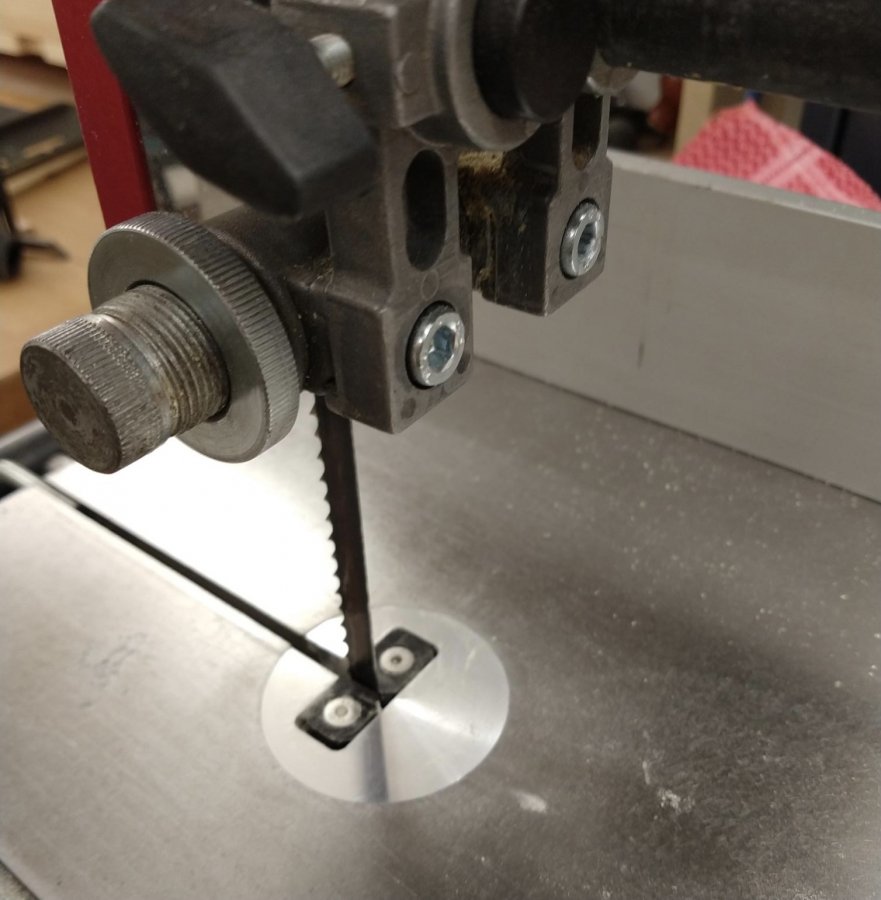 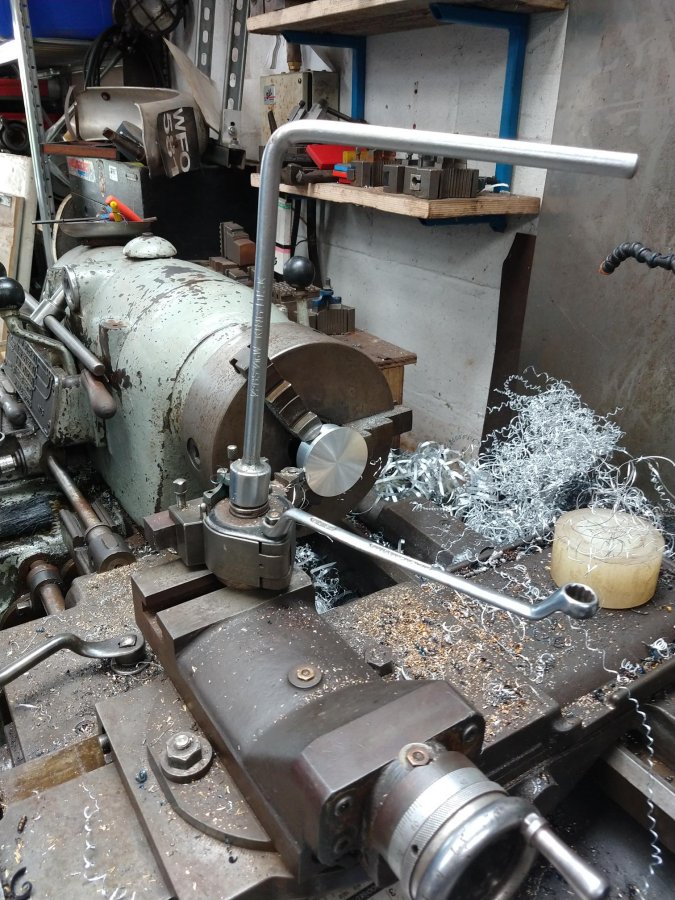 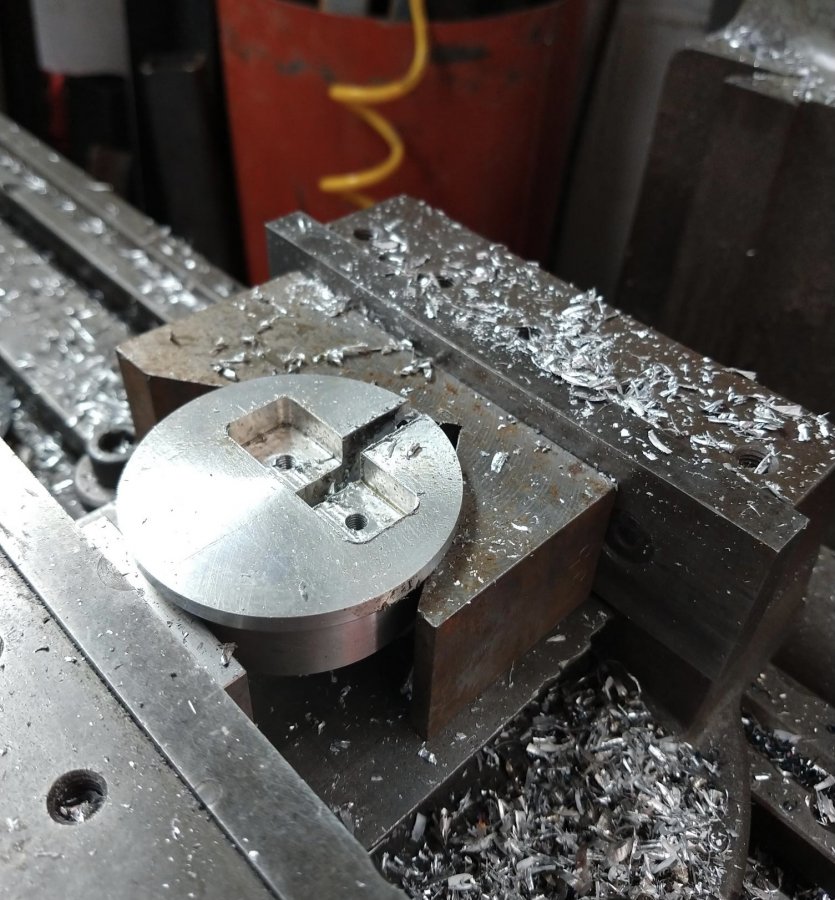 Purely for straight cuts in particular deep cutting, I’m trying a type of nylon used for wear strips at the mo for the guide blocks but am thinking of trying Lignum Vitae when I get time.

This is my first attempt at small box making and i wanted to integrate it with Kumiko decoration. These experimental boxes are elm with maple kumiko panels. The lining on the hexagonal box is also maple; the lining on the rectangular box is cedar.

The hexagonal box lid is 'open' i.e. no backing to the kumiko panel so it could be used for pot pourri (a throw back to the 1980's). The other has is a backing to keep out the dust. 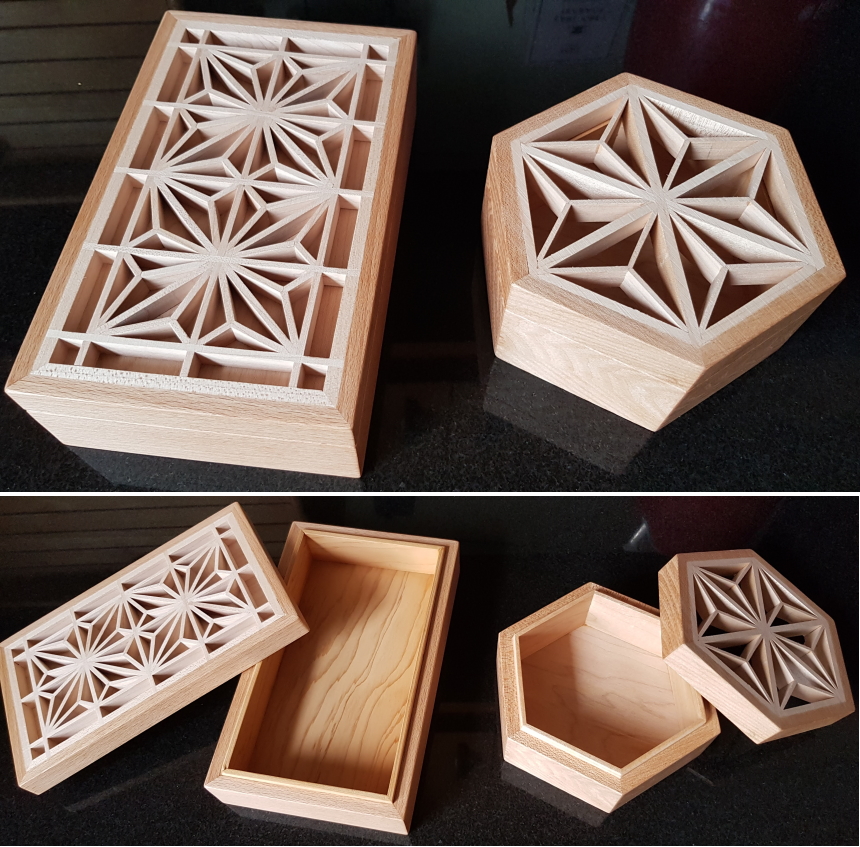