In a previous post I said I was looking to add a No 5 or 5-1/2 to my plane collection.
Last week I bid for and won two No 5 planes on an on-line auction. The idea was that, if there was any major defect with one, I could cannibalize it for the other. Here are the two planes as they arrived. 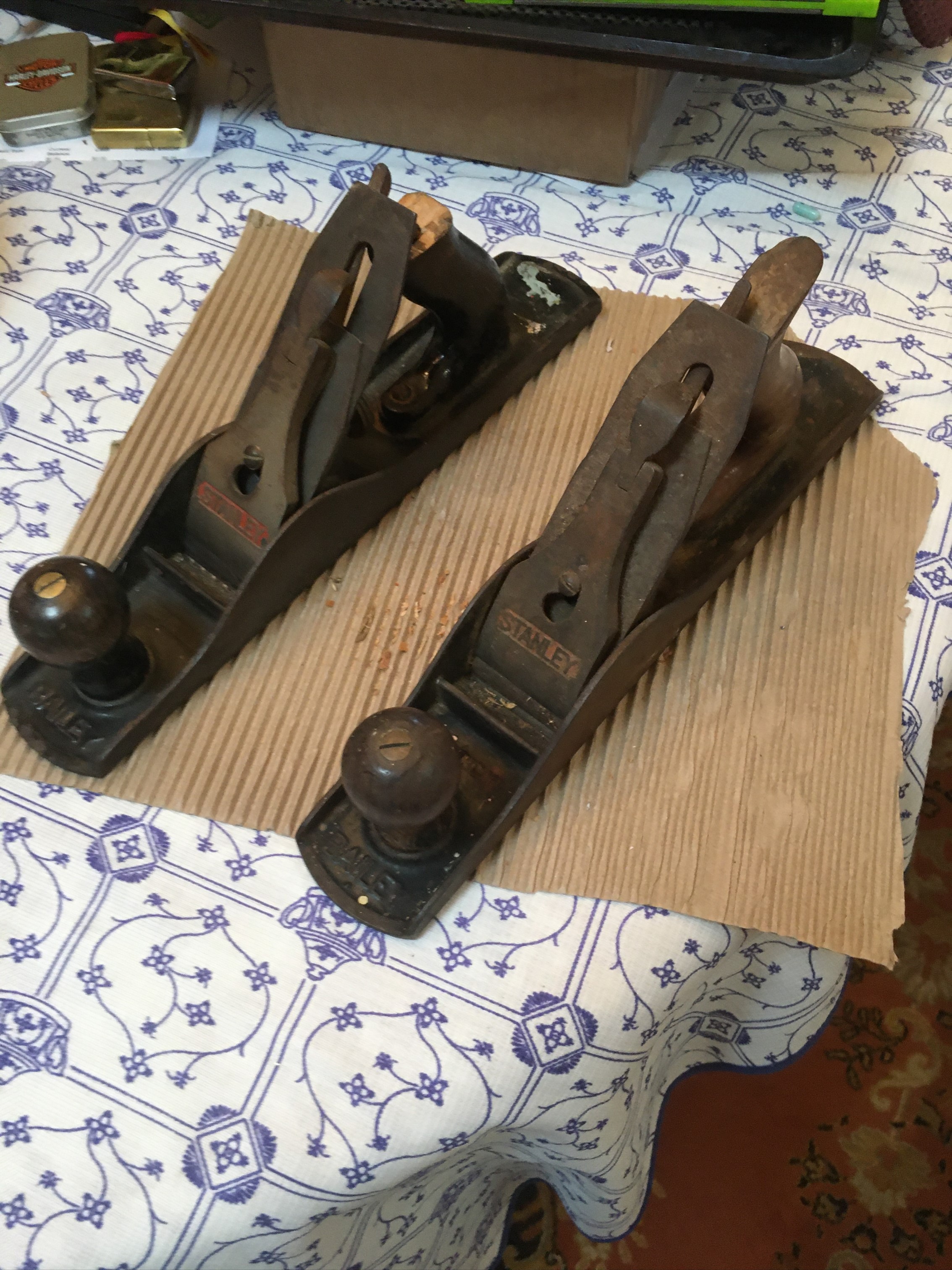 They are both Stanley Baileys. The one on the left in the pic was made in the USA, the one on the right in Canada. 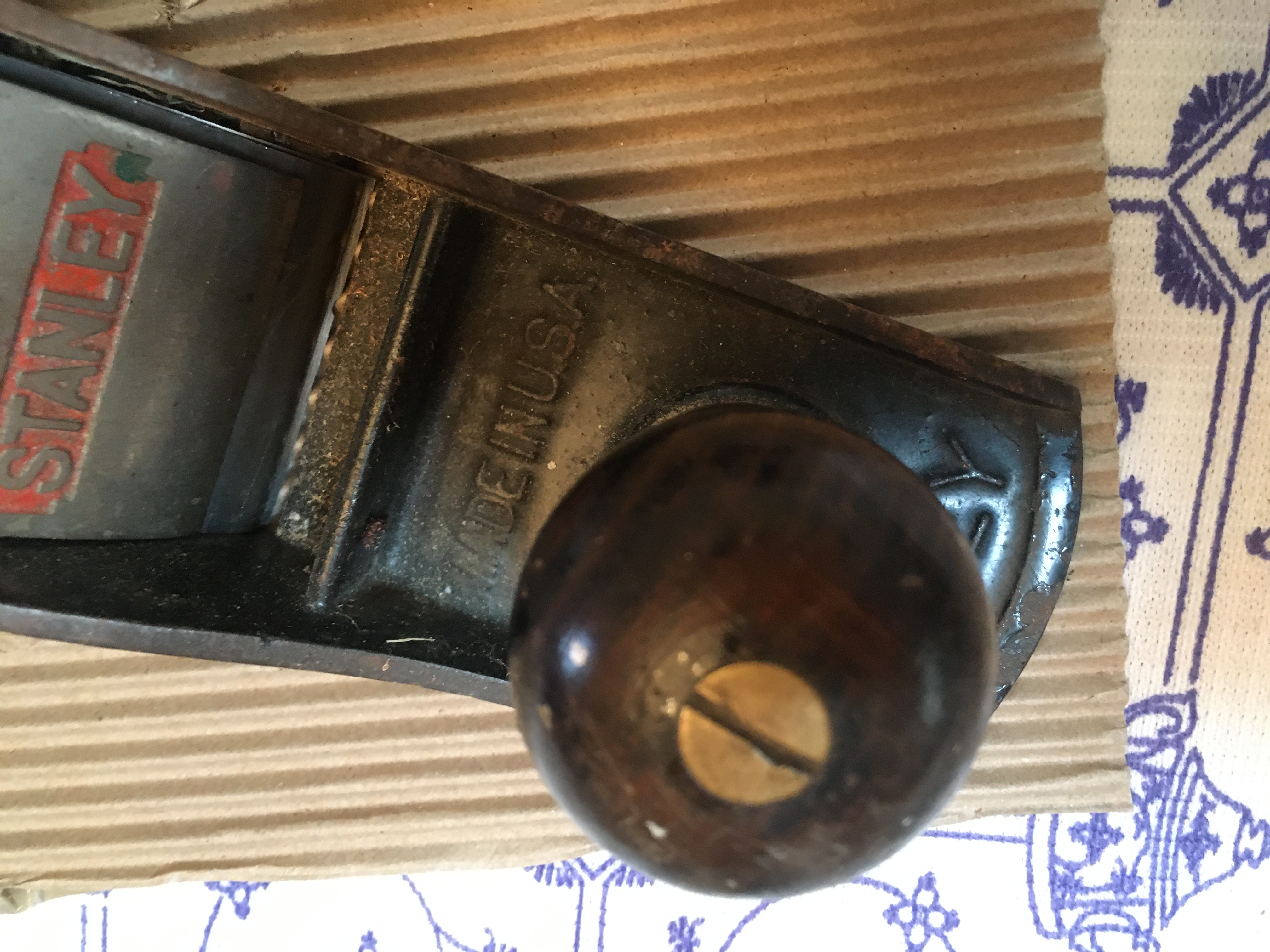 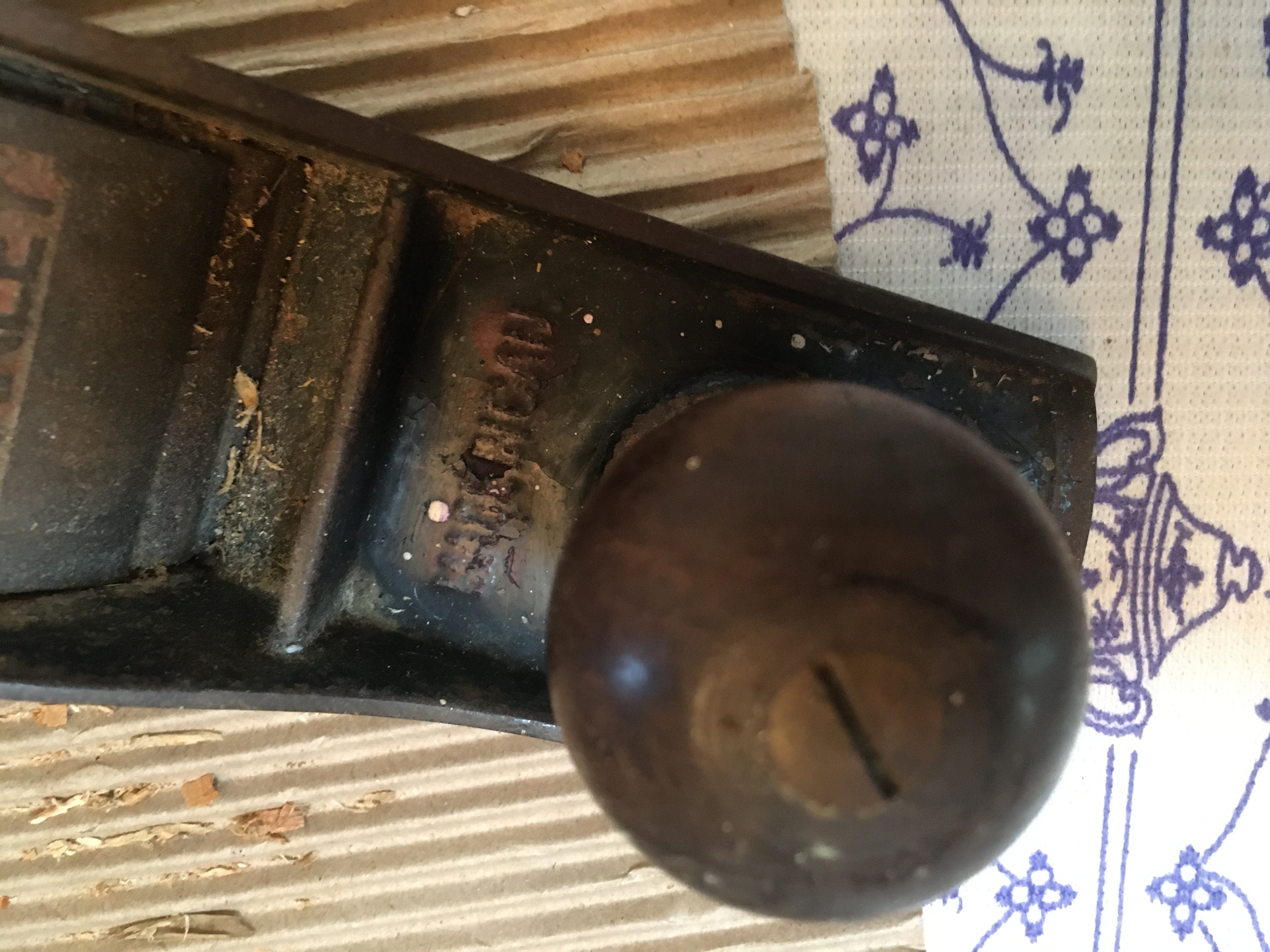 To differentiate, I'll refer to one as 'Trump' and the other 'Trudeau'. Apart from some light rusting and damage to the tote, Trump seemed to be in reasonable condition. I wanted an idea of its age and found this step-by-step guide.
https://woodandshop.com/identify-stanle ... ype-study/
From this it would appear it was manufactured 1946/47. So Trump is 74 years old and is missing something up top. The parallel is quite spooky.
Trudeau, on the other hand has more severe rust, particularly on the frog face and it will take some penetrating oil to free-up the machine screws holding it in place as well as the lever cap stud. Trudeau's tote is cracked right through towards the base but that's an easy fix. It also appears that the tote has had its original finish removed judging by the finish on the underside of the foot.
Trump has a slightly wider sole (62.8 mm vs 61.3 mm) but otherwise everything appears much the same in terms of sole length and thickness of material.
I should point out at this stage that I will be refurbishing these planes to use so am less interested in preserving any original 'patina'. Sorry if that offends any purists out there I will, however, try to match Trudeau's tote with his knob (I hope that's not an actionable comment).
I shall be following Paul Seller's method of restoration as shown here;
https://www.youtube.com/watch?v=RYyV6IUpsYk
so I won't post a step by step.
I'll post pics of the finished planes.
Pete

Shall await the results with interest.

I would be surprised if they were quite that old, but they are certainly of a vintage that they will be both decent users.

If they were mine, I would give Trudeau a quick makeover to get him up and running.
Then with what you have learned you could do up trump at your leisure.

Trump needs a new tote but there are plenty of plans for making nice new ones.
You might consider doing two at once ready for when you fully fettle Trudeau.

If you have a lathe you might consider a shorter fatter front knob.

After the restoration please rename them after leaders with more integrity and honour. :wink: They will be capable of actually working properly than their namesakes when you are done. #-o

Inspector":5q3932vn said:
After the restoration please rename them after leaders with more integrity and honour. :wink: They will be capable of actually working properly than their namesakes when you are done. #-o

That’s going to be more difficult than doing them up.
Can’t think of any politician with integrity and honour offhand.
V

Inspector":ff4o9nay said:
After the restoration please rename them after leaders with more integrity and honour...
Click to expand...

Inspector":2armsjot said:
After the restoration please rename them after leaders with more integrity and honour. :wink: They will be capable of actually working properly than their namesakes when you are done. #-o

How about Leonard and Frederick, after Leonard Bailey and Frederick T. Stanley? Historically relevant, and no awkward political associations.

Probably better than Jack and Jill, especially as they both seem to have decent knobs.

Who names their tools?

MikeG.":1wkzvhje said:
Who names their tools?
Click to expand...

Some tools are supplied with names, some achieve names, and some have names thrust upon them.

For example, I have a crowbar, but where I am from it is known as a "bar-iron". Somehow, this has devolved into "Brian". Most useful tool I own, too.

Far worse than that, I have a machine for beating olive trees - a whirly set of rotating fingers on the end of a 4 metre pole, attached by cable to a petrol driven generator. Some American volunteers, after careful deliberation, decided to call it "Sugar-Pants", because it was both "sweet", and yet completely pants,both at the same time. 10 years later, we can't find a way to change the ridiculous name of it.

Finally, all cars and trucks are called Bessie, because then you can say "Whoa, Bessie!" when it won't stop.

My psychiatrist says I am making good progress.

I notice youre not revealing the psychiatrists nickname :roll: :roll:
W

C'mon Guys! The names are only so I can differentiate between them while posting descriptions of the restoration.
As to naming one of them after the NZ PM, how would I be able to explain to SWMBO when I tell her I've been out in the shop 'fettling Jacinda'? :lol:

Here's a pic of the two frogs as received (Trump on the left). 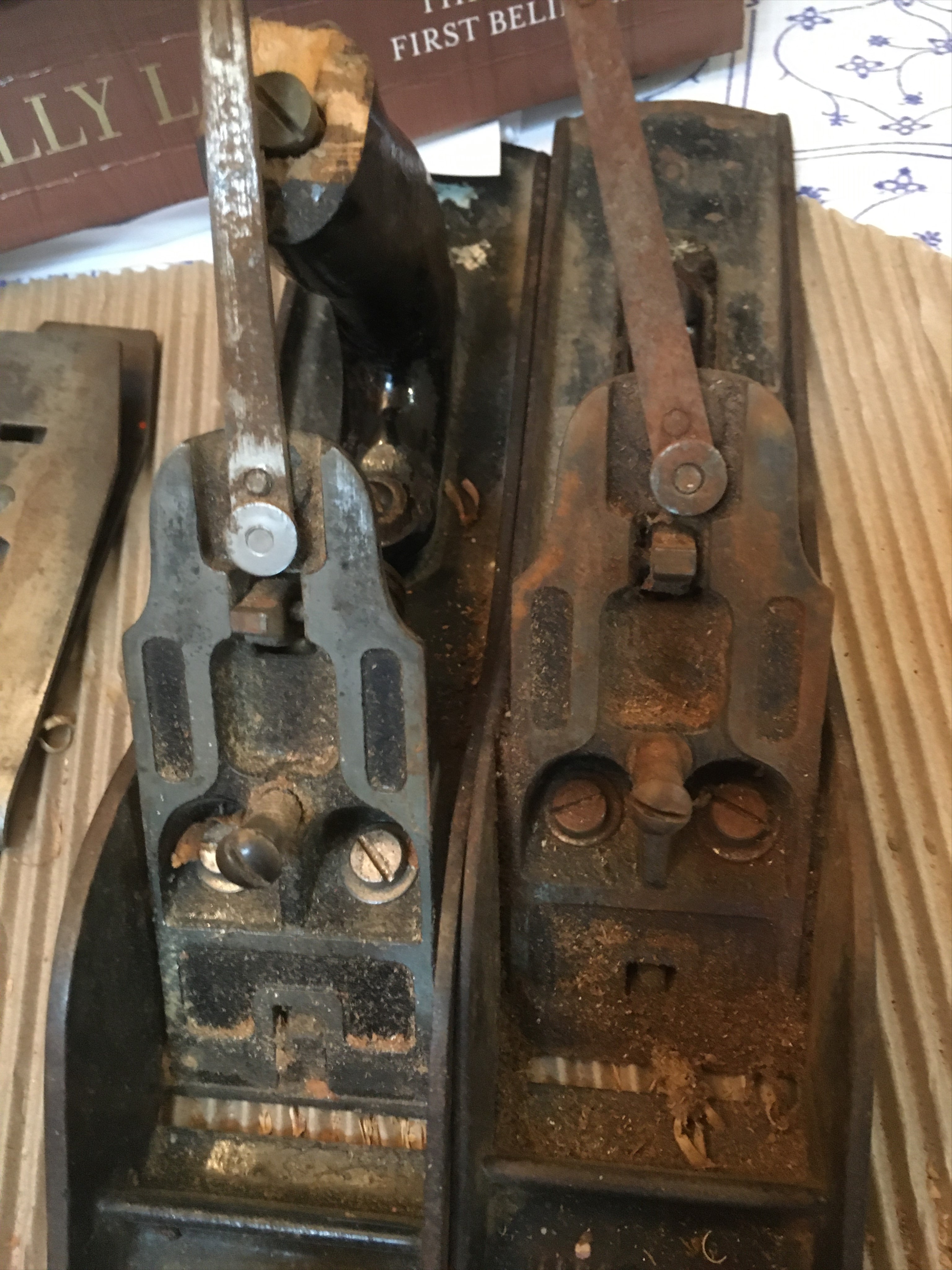 Watching greek TV the other day (no, I do NOT recommend it) I discovered that they spell Mr Trump's name "TRAMP".
Theyre not as silly as they male out they are =D> :roll:

Don't do it Phil, it hurts a lot more than shaving 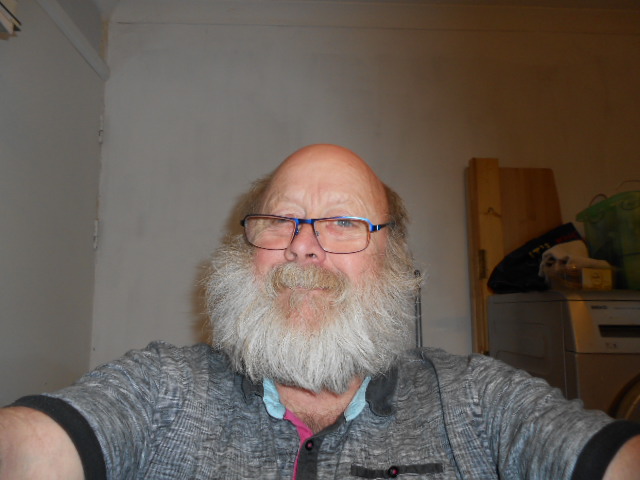 Now that you've caught the bug (no, not that one), Pete, how about having a go at THIS one 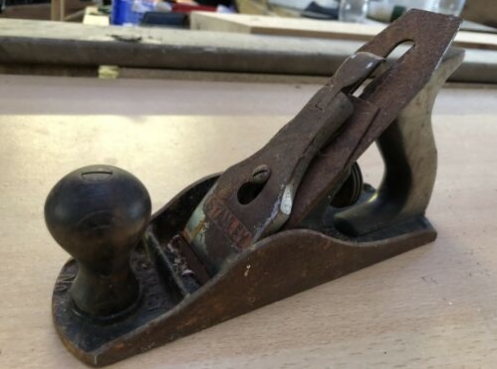 Just put a bid in and it's yours #-o
Enjoy
Brian

For a moment I thought it was a No 1 (nothing beside it to gauge the size) then I noticed the tote doesn't overhang the base.
A mate here in NZ just 'swapped' a No 1 for some bits for an old Chevvy he's re-building. I was spitting tacks when he told me. :mrgreen:
Pete

I have a Russian Record 43 clone who is called Svetlana.

MikeG.":3q1szlyp said:
Who names their tools?
Click to expand...

I have a Russian Record 43 clone who is called Svetlana.

I thought all female planes were called Jane?
W

Update.
Here's a pic of the two soles condition after a couple of passes over some 240 grit. Trump's sole (and you thought he didn't have one!) is the lower one and pretty much as you'd expect with the wear in the centre. Trudeau's, apart from being sadly rusted, looks like it has never been fettled, at least not for a long time and the wear is uneven. It will take some elbow grease to cure it but luckily there is no serious pitting.
I'm also having some trouble removing one of Trudeau's frog screws, both of which have been cinched down really tight. After lots of penetrating oil I've managed to loosen one but the other is obstinate and I'm in danger of b.gg.ring the head. I might have to resort to an Easy-Out and replace the screw. 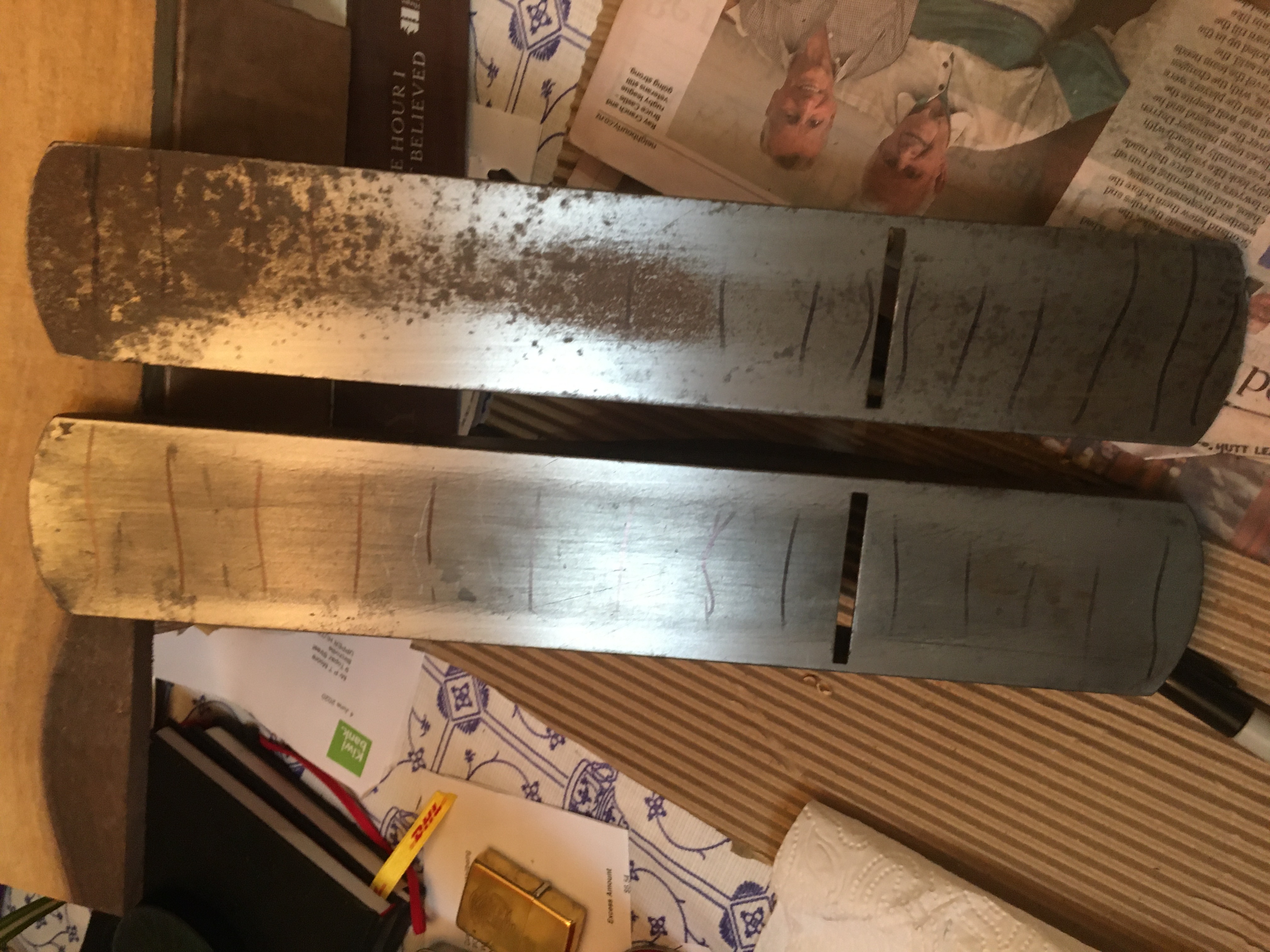