Just joined and am likely to be spending some time here. After finally (nearly) finishing my house refurb I'm starting on setting up a small workshop area in my garage.

One of my first purchases is a Elliot Progress No.1 Pillar Drill. However, I'm having to get it shipped over on pallet which is giving me a few concerns having never done anything like that before. The previous owner is going to load it on to pallet for collection but I'm a little worried about stability during shipping.

I was thinking bolts through the base to the pallet and load straps stability? Any other suggestions?

Am sure I'm going to be spending a lot of time here asking questions as it's the biggest workshop purchase I've made yet.

Hi Ralph, welcome to the forum.
The suggestions you have made sound to me to be all that is needed. Have you asked the supplier to do this? Once in the hands of the courier it is their responsibility to ensure it is delivered safely and undamaged. Have you discussed it with the transport firm? They will not want it toppling over onto other goods they may be carrying. I would make sure I have a few photos to record its condition as purchased.
Brian

there are pallets and pallets, so I think that I would want a sheet of something on the pallet slats, certainly based on about half that I have encountered. I have an Elliot progress and it is a heavy lump (c80kg?), you will have quite a point load on a couple of slats, and as it stands, most of that weight is 3ft from the base, creating a fair lever. I would take the main bulk of the casting off the pillar and lay it on its side, I would also lay the pillar and base down too and strap that to the pallet. I transported mine this way, without the pallet in a car, so it wasn't too difficult to separate and reassemble (aside from the weight and height of the lift).

is collecting it yourself out of the question? sellers are often not the most careful of people, and once it is out of the door they lose interest and blame the courier. They will use the cheapest pallet that they have laying around, whether suitable or not. The courier, often a frustrated amateur stock car racer, always blames the seller for insufficient packaging. You are stuck in the middle. I think that I would rather spend the £60 or whatever the delivery cost is in fuel and write the day off than to risk it, although I appreciate that it isnt always feasible.
M

To confirm it is the floor standing version. 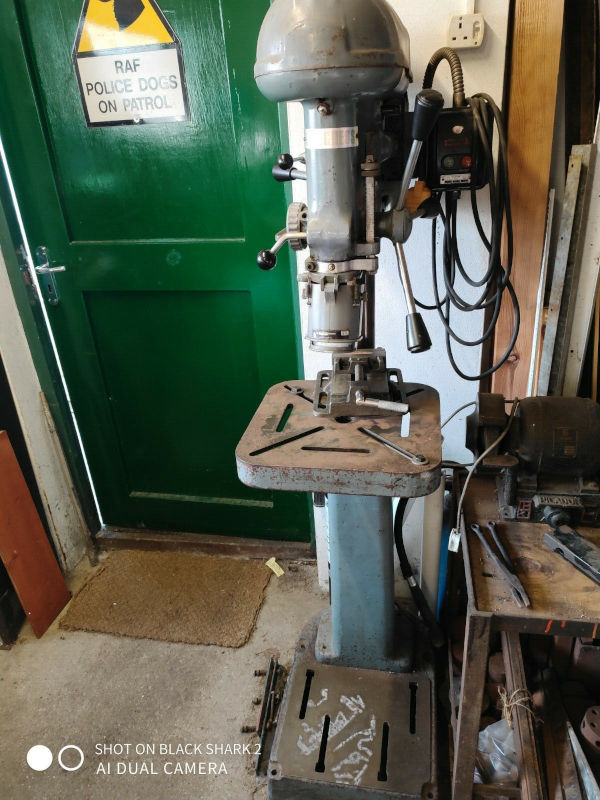 Being talking with the seller, I'm hoping he'll be able to remove the head and put it on the base which should remove most of the leverage. Seems like a nice enough guy and it belonged to his late father so hopefully get it fixed down well.

Will be an 8 hour round trip with a van hire included which will rather eat into the savings of a good deal but if needs must then so be it.

Not only are there different levels of ‘pallet’, but also huge variations in the ability and amount of care that shipping companies take with goods. A cheap-shipping company and some top-heavy machinery does not mix well.

I have had success with getting quotes from Shiply for a ‘man in a van’ to move things for me if they are odd shaped machinery, but they cost more than the pallet shippers.

For something like a heavy pillar drill like this one, I would prefer someone in a van to pick it up and strap it to the wall of the van (ideally the strongest, next to the cab), my second choice would be to have it in pieces on one or more pallets. The idea of just bolting it to a pallet without removing the heavy bits does not appeal to me.

To disassemble and be sure that all the pieces are there (e.g. taking the motor off before the head, so taking the pulleys off before that, etc.) I would still rather do myself. Could you take the train or drive to the seller to help break it down on to a pallet for shipping back to you?

It wants laying down ideally in sacking or bubble wrap, for pallet shipping. Doing it upright is asking for trouble.
M

Thanks all for the advice, looks like I'll be picking up a hire van and taking a trip down only other option would be to find an oversize pallet and lower it down but would likely need an engine hoist to get it back up.

Any tips on removing the head? A bit of reading seems to indicate cleaning the area on the pillar under the head, release the pinch bolt and lower it to clean the top part then lift it off over the top (easier said than done)

that makes sense, but your issue may be the height of it. on my quite tall lathe bench, the bench mounted drill "pillar" was about 5 from the floor, and you need the bottom of the casting clear it. That means lifting it very high. The floor mounted model looks a similar height. My garage ceiling was a restriction, it would accommodate the drill assembled but there wasn't enough room to assemble it on the bench.
T

I have found that one way to easily move heavy kit is to make a base and fit castors/wheels (3-4 in). It is usually possible to use the "tip one side at a time" method to get the machine on the wheeled base.

With 2 people and 80-100kg this should be fairly straight forward. The Luton van with a tail lift seems the right solution - with a little support it can be wheeled up from the road/pavement on to the tail lift.

No use if there are stairs to negotiate!!
M

Just a quick thanks for the recommendations. Arrived safe and sound though nearly gave myself a hernia reassembling it! Runs very smoothly! 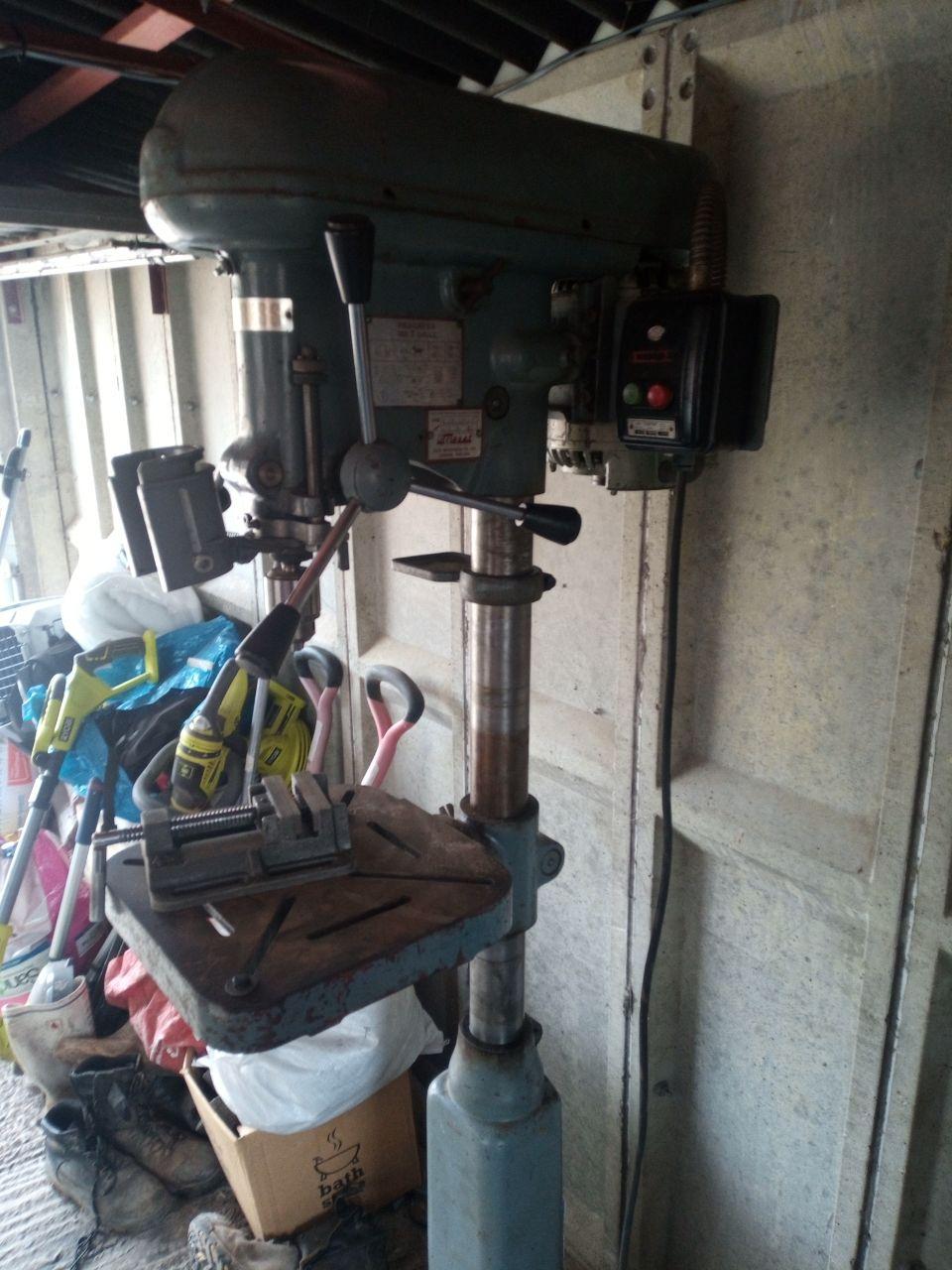 looks a nice bit of kit