I bought some gloss polyx last time, instead of the usual satin, and found it to be, pretty much the same finish, until an incident the other day, that's made me question my technique with it.

So, I've always thought that you are supposed to apply it sparingly (but completely) and then wipe off any excess.

I'm sure I've read / been told that you can't really remove too much.

So this is what I've always done.


Fast forward to last week and I was doing my daughter's bedroom floor with it. Proper ropey old (as in likely hundreds of years) floor, will be carpeted, but just wanted to smarten it up prior.

Anyway I gave it a bit of a sand to smooth off the splinters and many many worm holes and slapped on a load of gloss poly X.

Wiped it back, and, very late at night when I should have been in bed, went back over some of the dry wormy bits that I'd not really got before.

And evidently missed wiping some of them back again.

Next morning the areas that I'd not wiped were the only gloss that I've really seen out of the tin of gloss!

But they were way way thicker than I've ever been led to believe osmo should be applied. Or rather left to cure.


As I say, I've not seen any real difference between the gloss and the satin prior, but now I think I've just been too comprehensive in my excess removal?

With regards to multiple coats. I think the tin probably says two coats. I've done more like 4 or 5 with my prior method and seen no further glossiness, until this time with the floor when I forget to wipe it back in some areas.

So, what should I be doing?

Ps floor in question is the one in the background in this shot. No especially gloss areas visible in that photo as they were mainly over the other side. 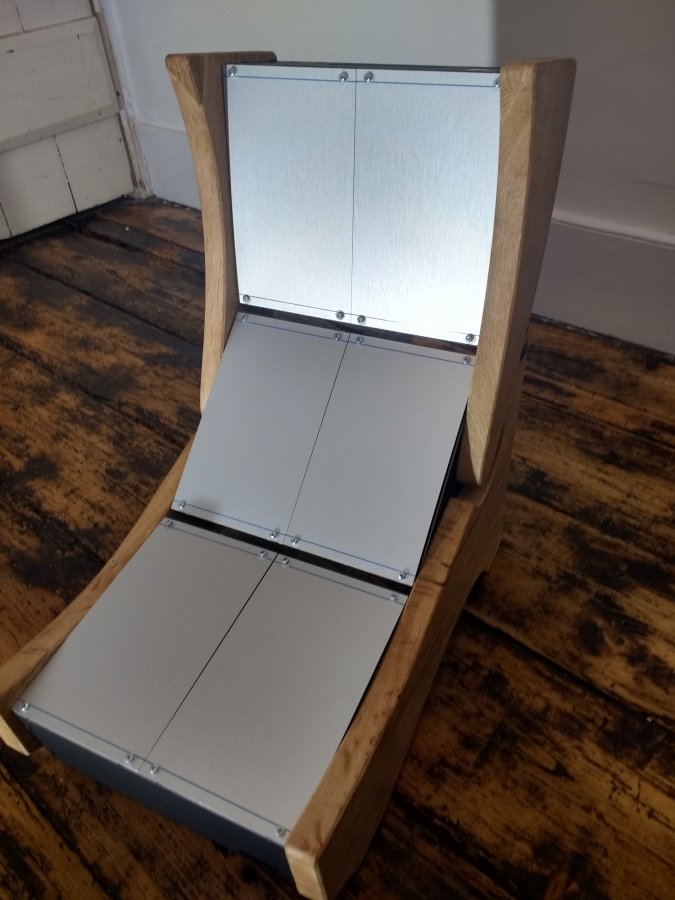 I've just brushed it on with the Osmo brush and spread it as best I could. It looked streaky as it dried as though too thick in part, but eventually this disappeared. Worked really well on new boards but variable from matt to shiny on old boards, which you'd expect. Didn't wipe anything.
Very easy to use and very hard wearing.
B

Hi
I usually use the semi matt, satin or matt polyx oil. The best way I've found personally so far for applying finishes such as oils has been by using non abrasive pads. I buy the white non abrasive pads similar to the foam sand paper pads but without the paper or grit on them, they're usually white and inexpensive. I use 2 pads whilst applying, one to apply the oil directly on to the surface and another to take off and excess to prevent pooling. I apply the oil steadily working in as much as I can bit by bit, I do not flood the surface as I feel like you often end up taking more off and risk having puddles or pooling in areas if you're not careful. Once I have covered the surface, I give it abit of time to soak in and give it a once over. I top up any parts which have been soaked up quicker than others and leave for 10 minutes. I then go over with the second non abrasive pad to pick up all of the excess/thicker parts.

This works for me. I used to brush it on like paint but I cringe at the thought of that now. I would never go back.
S

What wood is your floor? I’d have to check but I am under the impression that osmo doesn’t like pine. I was recommended the door oil to finish my pine doors and it was terrible and think I recall seeing something in the literature saying as much when reading the instructions after the event!

Steve_Scott said:
What wood is your floor? I’d have to check but I am under the impression that osmo doesn’t like pine. I was recommended the door oil to finish my pine doors and it was terrible and think I recall seeing something in the literature saying as much when reading the instructions after the event!
Click to expand...

It's excellent on new pine and works on old fairly well as long as you don't expect too much.
S

I use the rapid version of the Poly X oil for all my furniture. I apply as follows:

Leaves a fantastic finish, almost looks sprayed on.
I prefer a roller than brush, so much quicker to apply and for me gives a much better streakless finish.

I find 320g Mirlon pads great for de-knibbing and the key (no pun intended) to getting this finish to look its best. Using the pads gives the last coat a nice smooth surface to applied to. Ill give all the surfaces a really good going over, you know when you are done as the surface looks a little more matt. Without this I find it just feels a little rough and doesnt give me the shine Im after. I also dont rub the excess of, less is more with osmo although I tend to apply a thicker coat on the first coat to really get that oil to sink in. Last coat needs as little as possible.

I have tried application by using the Mirlon pad dipped in osmo and applied that way by buffing it in. Although the finsih looked good it was painfull slow and hard work to apply. I also found it didnt give the protection it usualy has as you are applying so little finsih and not letting the oil soak in.

This fantastic pair of Z-Chairs and footstool in ebonised oak is available to purchase. More on this pair:This is our first pair made from ebonised oak. Ebonising is the chemical reaction between our special ebonising solution and oak. Where a stain will penetrate deep into the wood surface...

Here it is applied to ebonised Oak. The lighter back pieces I used osmo RAW. 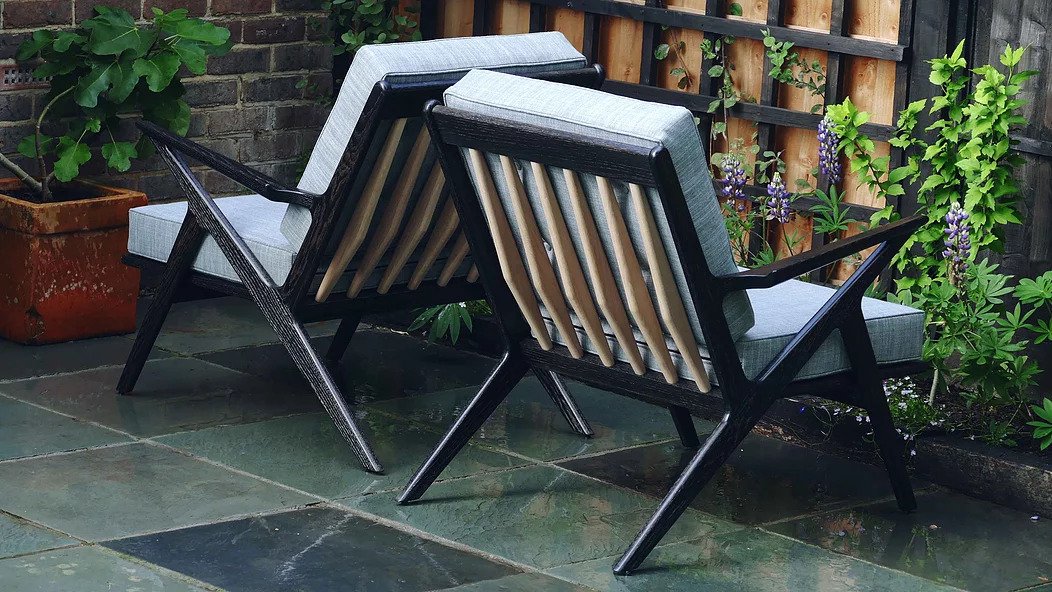 What finish for bleached teak?

Yesterday at 08:43
KT_NorCal
K
B
Water based poly and stain problem