I am in the US at the mo and was looking at planes, came across this strange one, solid sole and frog, and adjustable sole to vary mouth gap, wood handles made from cherry. They are calling it a planer yuk!
It may be common knowledge and me that’s not up to date, who knows. Ian 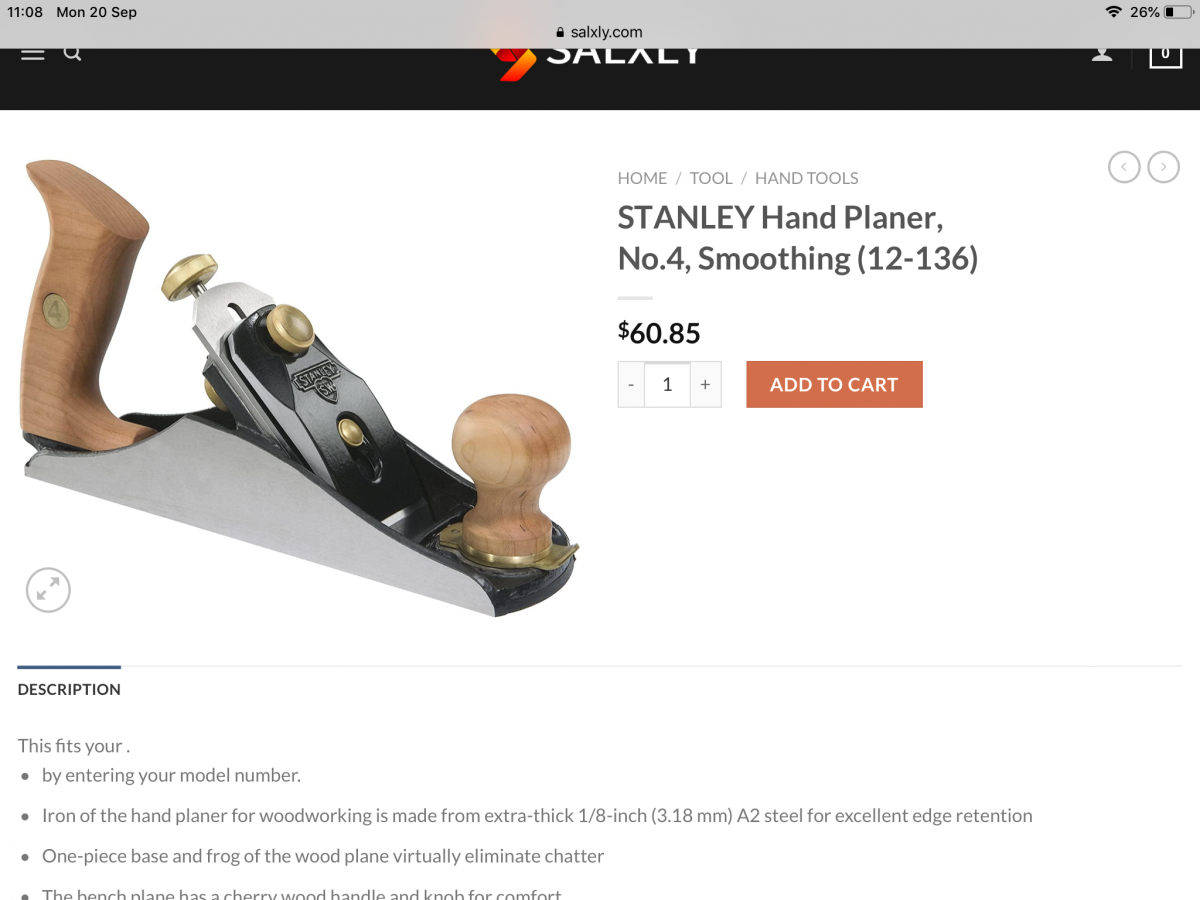 It looks like the front knob has a wood plug so presumably a captive nut to tighten up the adjustable mouth. I think the back handle must be screwed up through the base of the sole, let's just say it’s unconventional.
R

Yes it has a brass threaded bit on the knob 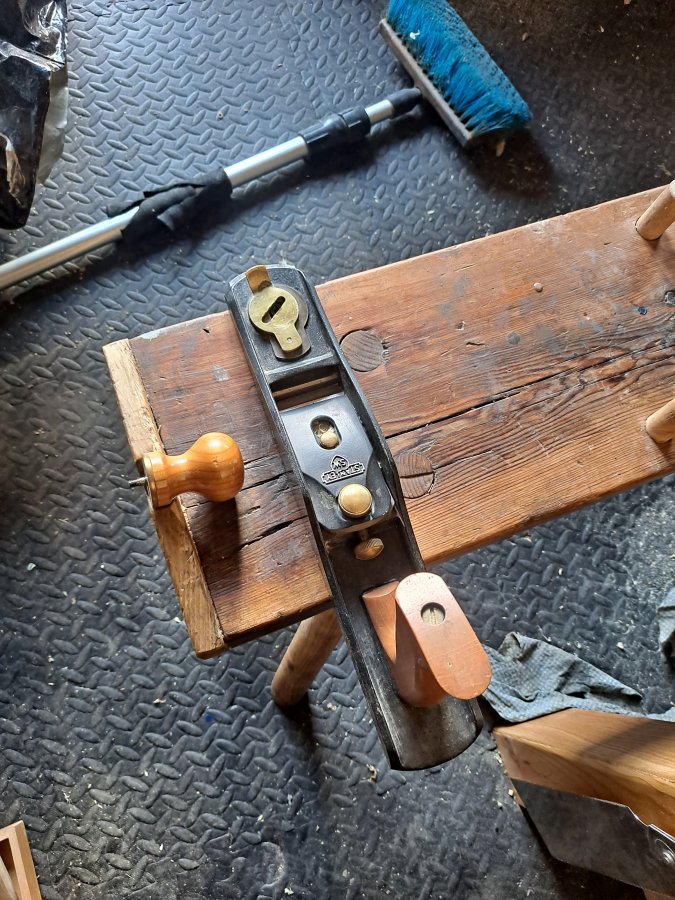 I had one briefly. It was Stanley's attempt to get a foothold in the retro plane market. It was not pricy, very well made and good build quality but without the essential features which make the Stanley/Bailey design so superior; no lever cap and not good adjustment via a norris adjuster.
If hadn't been for those stupid mistake it could have taken off .
PS and thick blade. In other words it omitted the 3 essential features which made the Stanley/Bailey design a world beater in the first place. Very odd!
Last edited: 20 Sep 2021
J

Obviously the classic no4 doesn't work any more.....!

The Classic STANLEY No. 4 Sweetheart™ Smoothing Bench Plane is made from extra thick, 1/8 in. A2 steel for excellent edge retention, with a one-piece base and frog. Norris-type adjuster with lateral locking feature, and adjustable throat plate. Shop now.

The front brass bit is indeed an adjustable throat.

I believe the cap iron is aluminium and is a common complaint.
C

Oh so it’s been out for ages and just passed me by— typical! Haha

Cabinetman said:
Oh so it’s been out for ages and just passed me by— typical! Haha
Click to expand...

Must have been 10 years ago. Everybody got excited as it was about same time as peak LN/LV frenzy and could have been a challenge and much cheaper.
D

I believe this was a Stanley Sheffield project, under the (Stanley USA) brand Sweetheart. Plane bodies being made by Stanley Mexico and the steel for blades by Stanley in their Sheff works. Assembly, packing etc in Sheffield. As well as smoothing planes there was at least one type of shoulder plane (no92), a low angle block plane and a set of socket chisels looking like Stanley's from the '40s.

I'm not mad on these small socket chisels but they're obviously popular as copied (more expensively) by Lie Nielson and others and I confess to owning a couple of these modern Sweethearts and a part set of similar Marples from about 1950??

Strangely, the UK wholesaler JTF had a ton of spare blades for the Sweethearts about 10 years ago, for pence. I bought some just because cheap -- they are of A2 steel, finely ground, 3mm thick, and with a sharp 25deg bevel.

The packaging is dated 2008 and the sell off of blades was about 2011? so looks like a quickly aborted project and I guess product like the chisels still available 'new' is long gone from the current catalogue. Shame, because they were a good price and a quality product even if a few details (see other posts) could have been better.
Last edited: 22 Sep 2021
You must log in or register to reply here.
Share:
Facebook Twitter Reddit Pinterest Tumblr WhatsApp Email Link