I've made a few metal boxes for various purposes so I though I would share a process that allows you to make a nice box using only an angle grinder, a hot air gun or blow torch and a drill. In fact you can do without the hot air gun and blow torch if you don't have one.

This box is to house a VFD for my Startrite drill. First you need a plan and a piece of clean steel, in my case its 1.2mm thick. 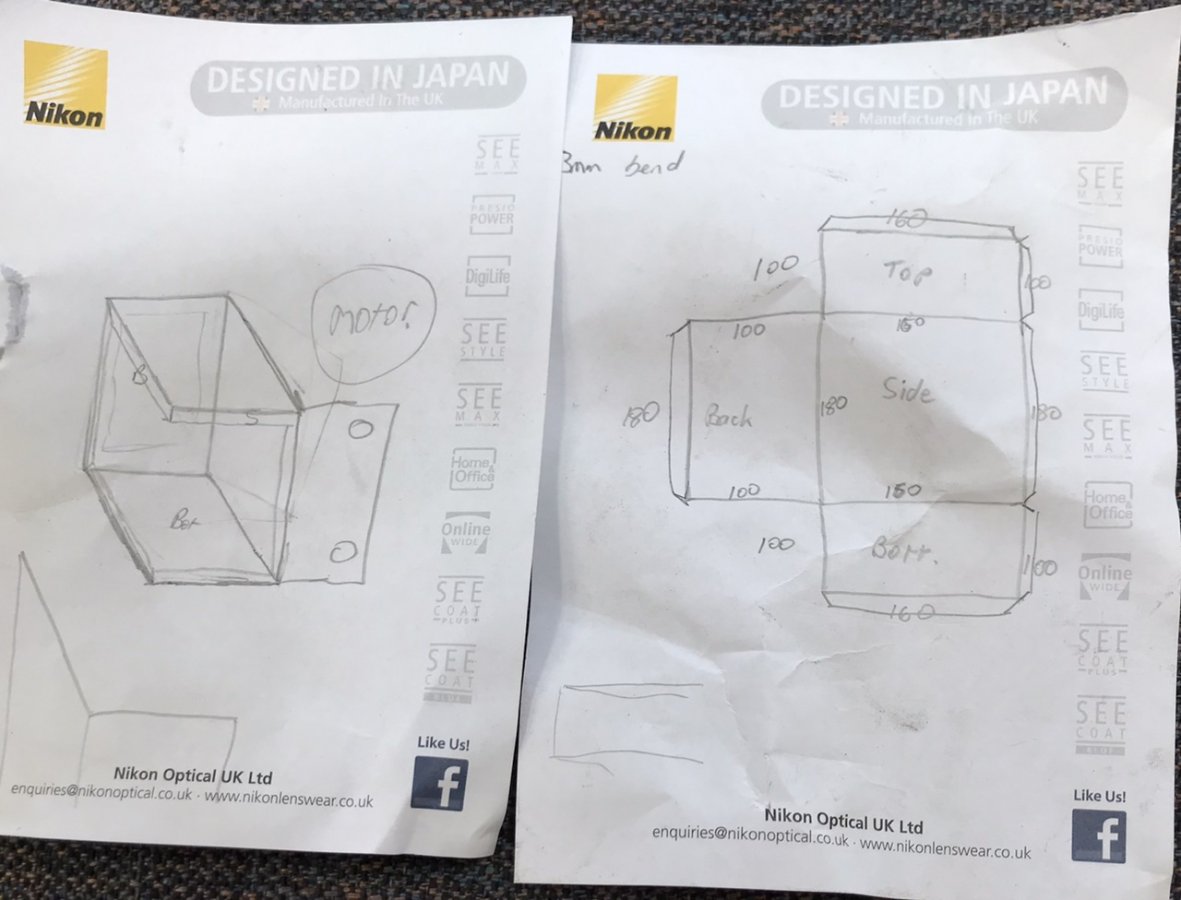 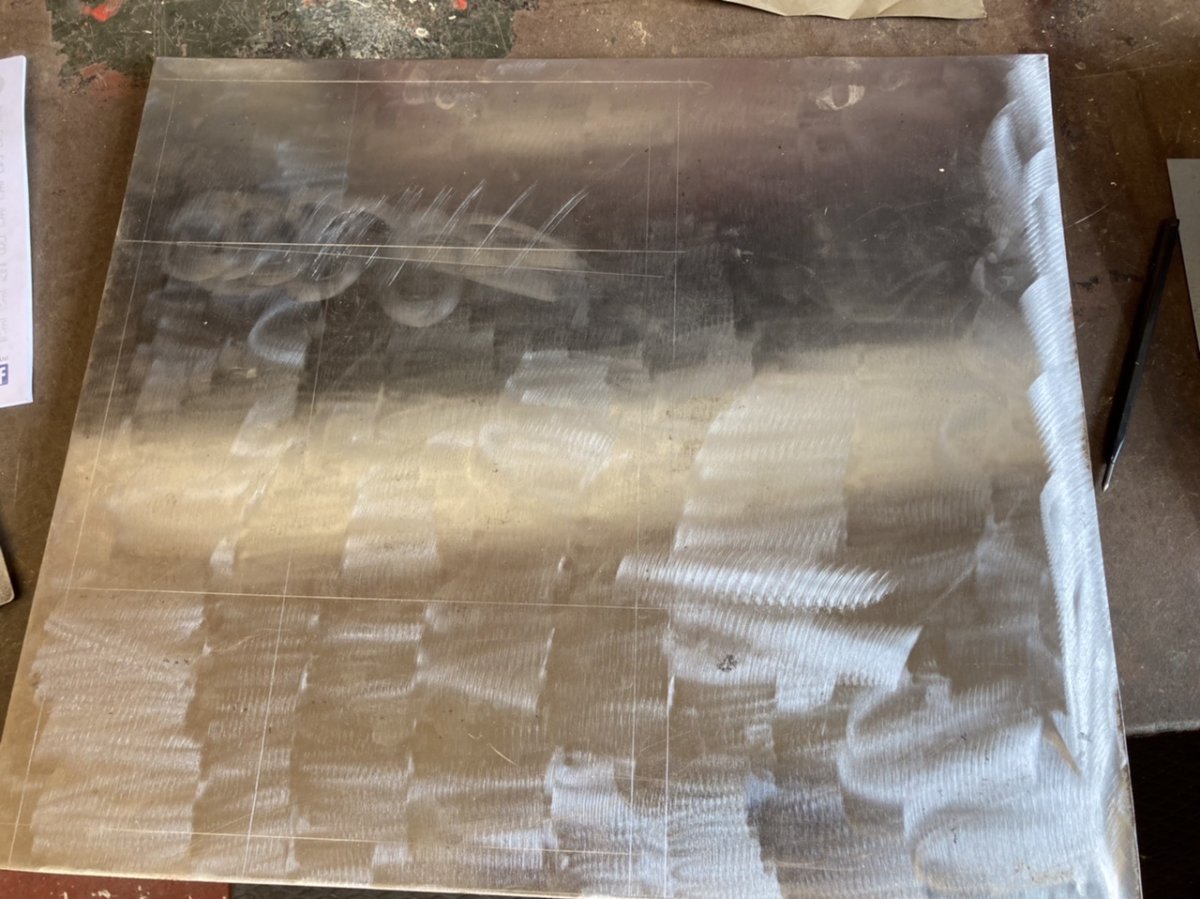 Mark out the sheet using a scribe and ideally some engineering blue, the sheet was a bit rusty so I used a flap wheel to clean it up.

Wearing appropriate PPE use an angle grinder with a very thin cutting disk to cut out the pattern. 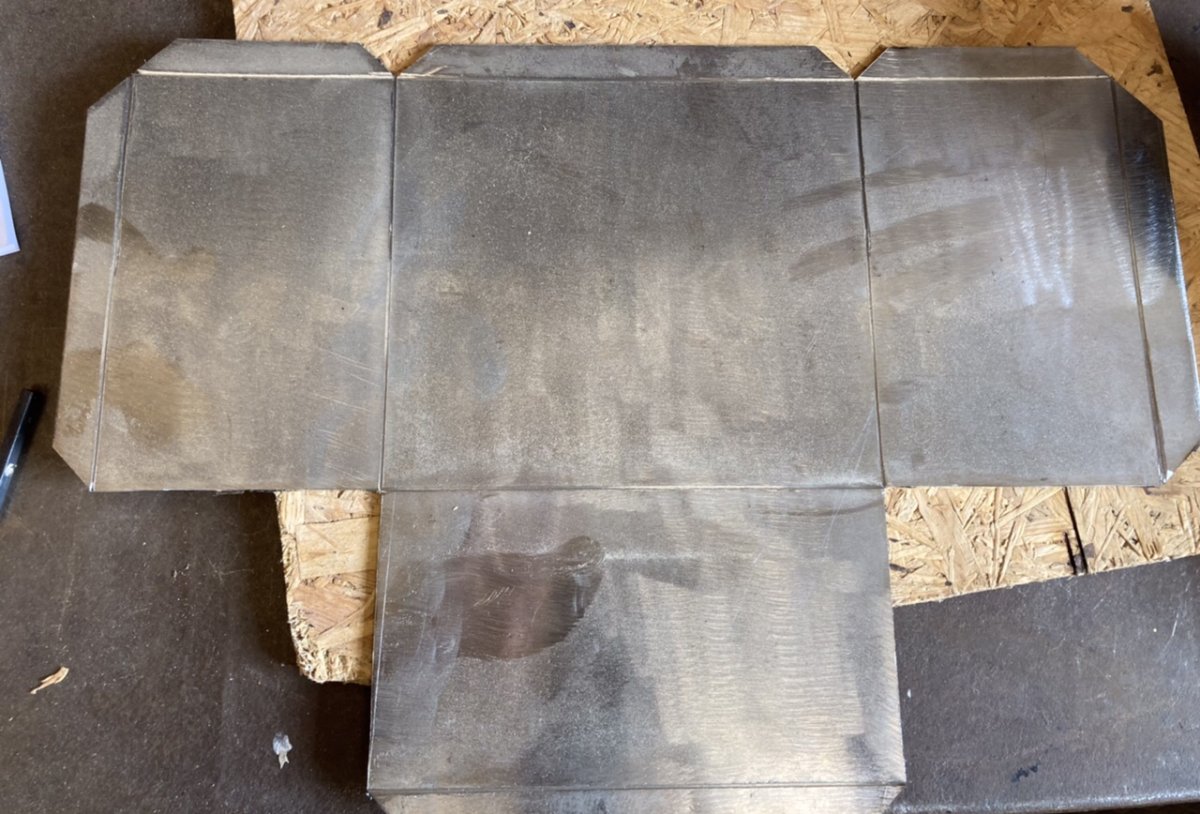 Now the key step is to score all the folding joints using the angle grinder, try and make the depth consistent and aim for halfway through but don't loose any sleep about it. If you have shaky hands then use a guide to run the blade along. 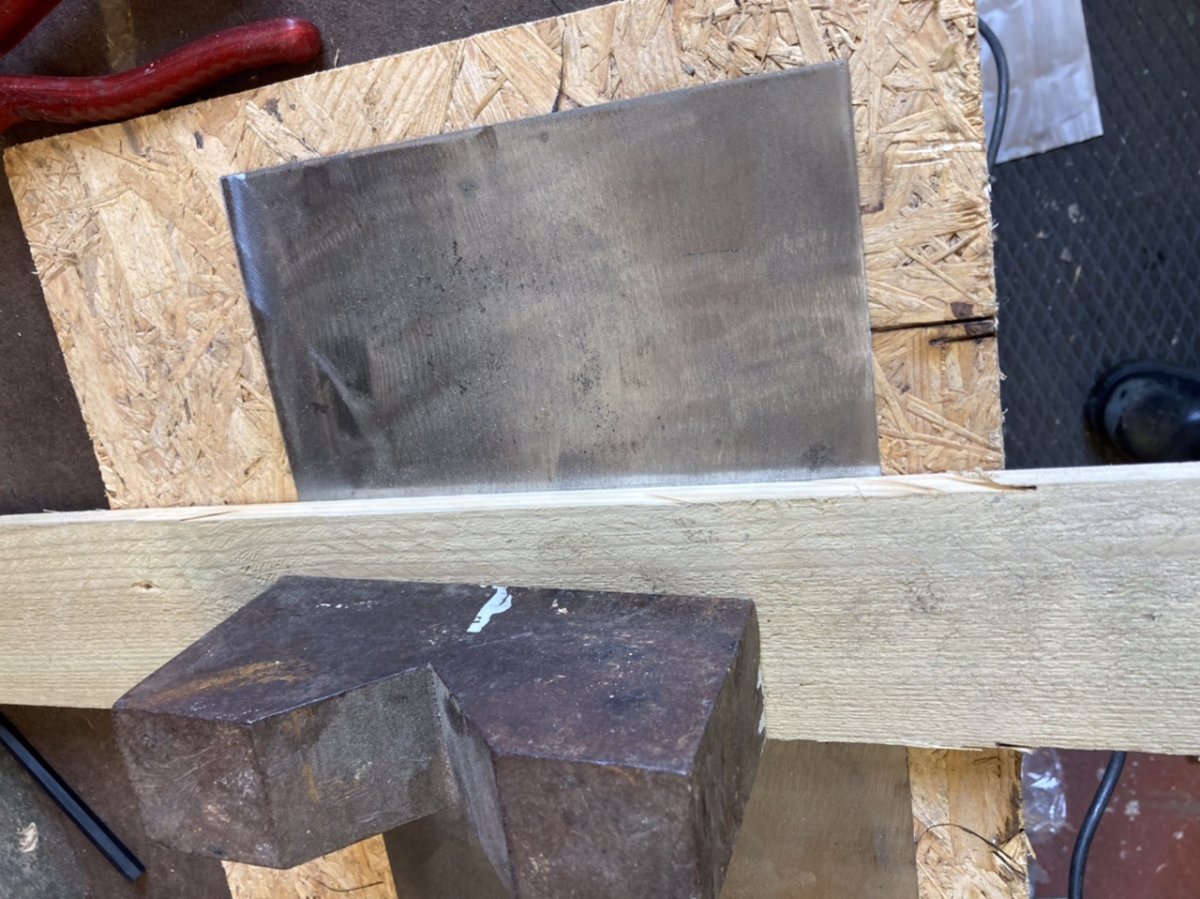 Now the box will fold up easily using only your hands and you should end up with. 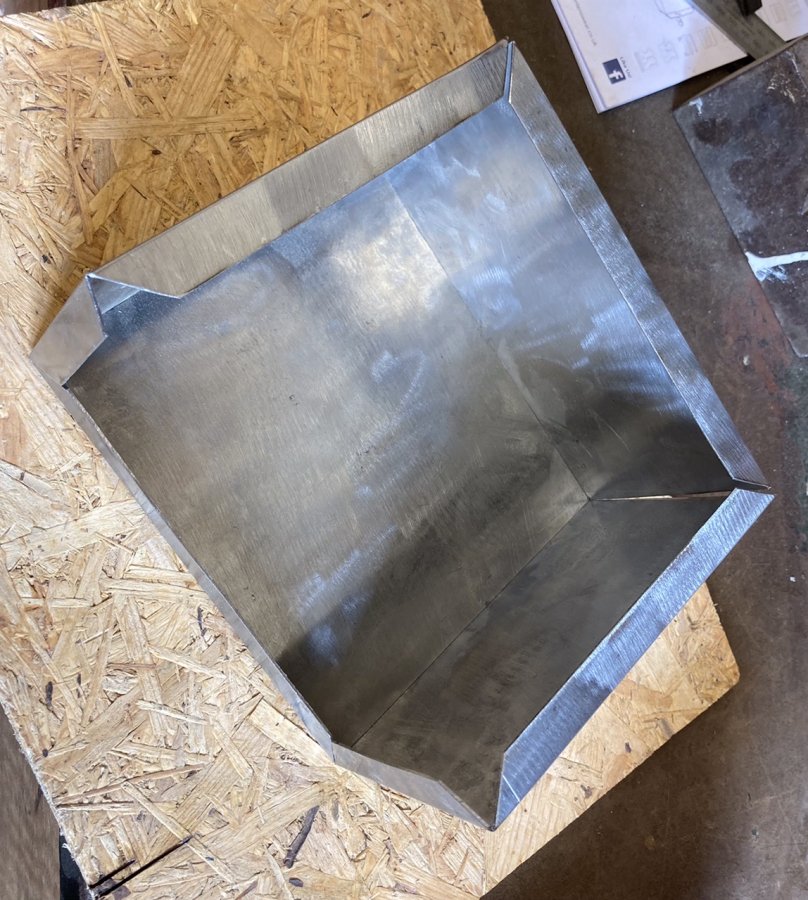 Now deal with the butted corner joints. Now you could use a flange approach as I'm doing for the lid but I normally run a line of weld along the seam but in this case I'm going to soft solder, as many people don't have access to a welder. Unfortunately I didn't take enough photos of this stage, but basically use some wire to hold the joints closed, clean with some solvent, clean again with some emery paper. Starting off with really clean steel makes this step much easier. Hold the box so the joint is pointing downwards and run a line of flux in the corner. I just used standard plumbing variety. 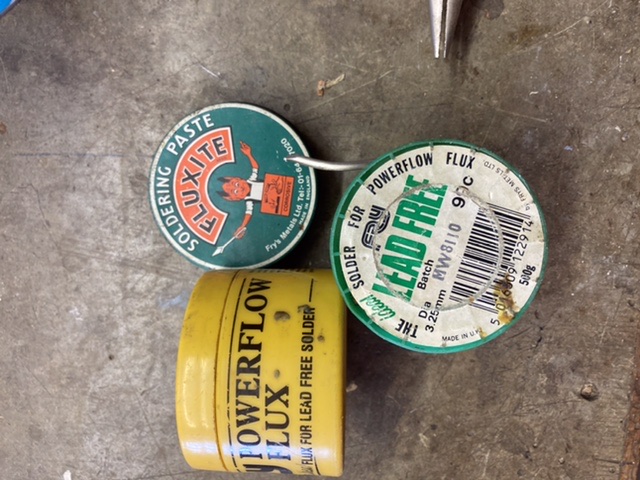 Using heat gun or blow torch, heat from underneath and then add the solder. If you do it right you'll end up with. 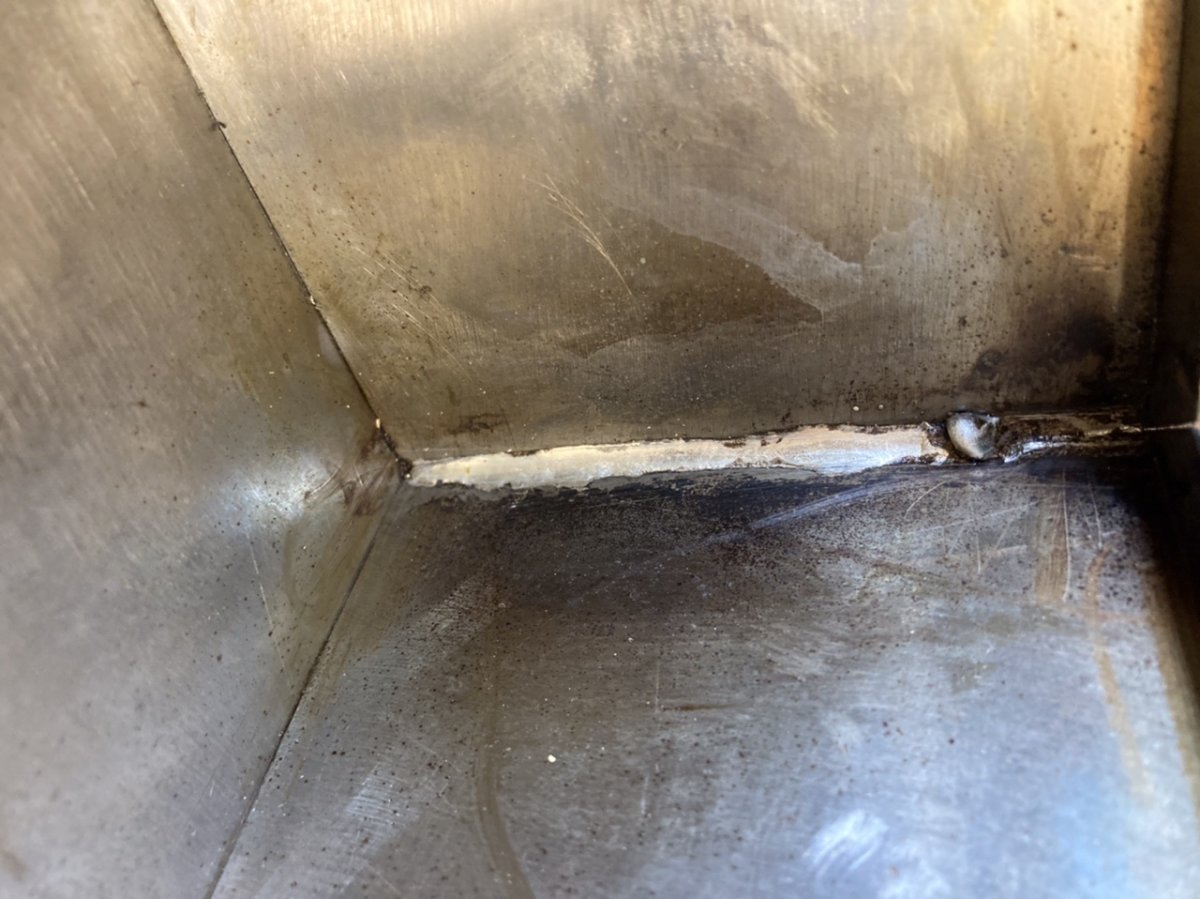 keep working along the joint until the seam is done. Do the other joints. If you hate soldering then epoxy will also work.

Now make the lid in the same way and attach using self taping screws. 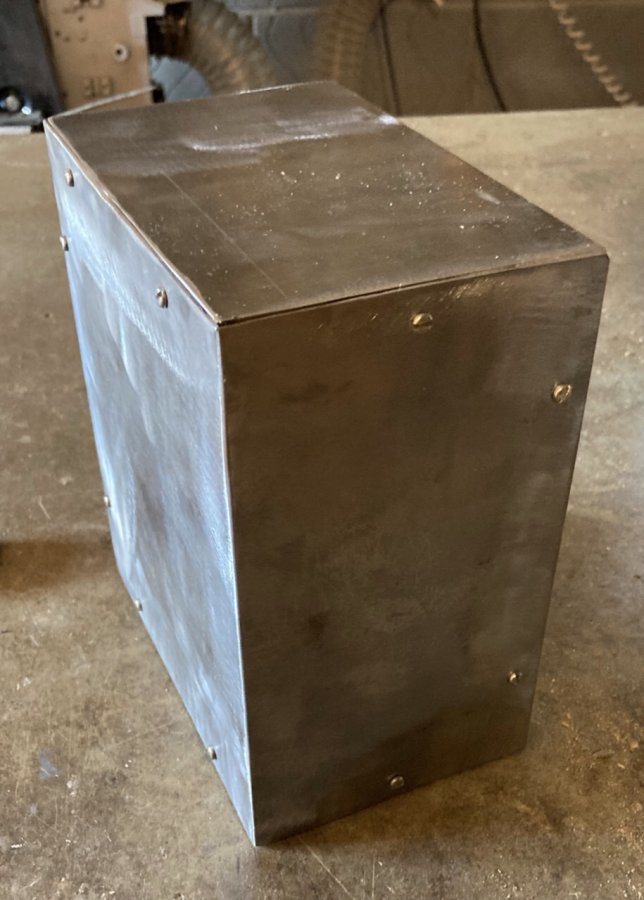 This may be of use to someone else who needs to make a box but is not a metal worker. I'm not saying its pretty, or there aren't better ways of doing it but if you have limited tools then it works.

Any here's where the box will finally end up. 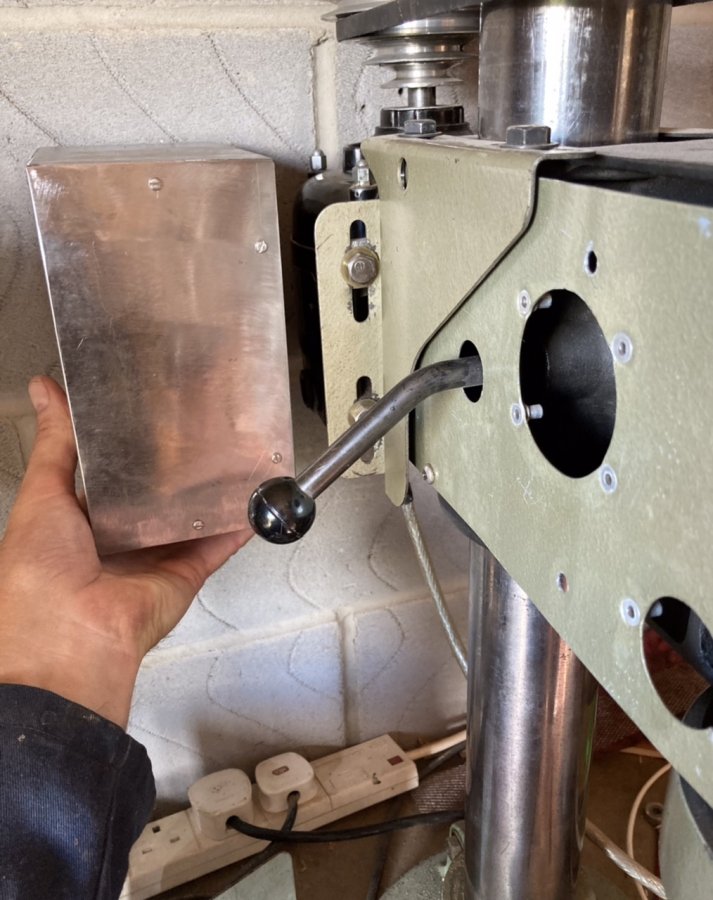