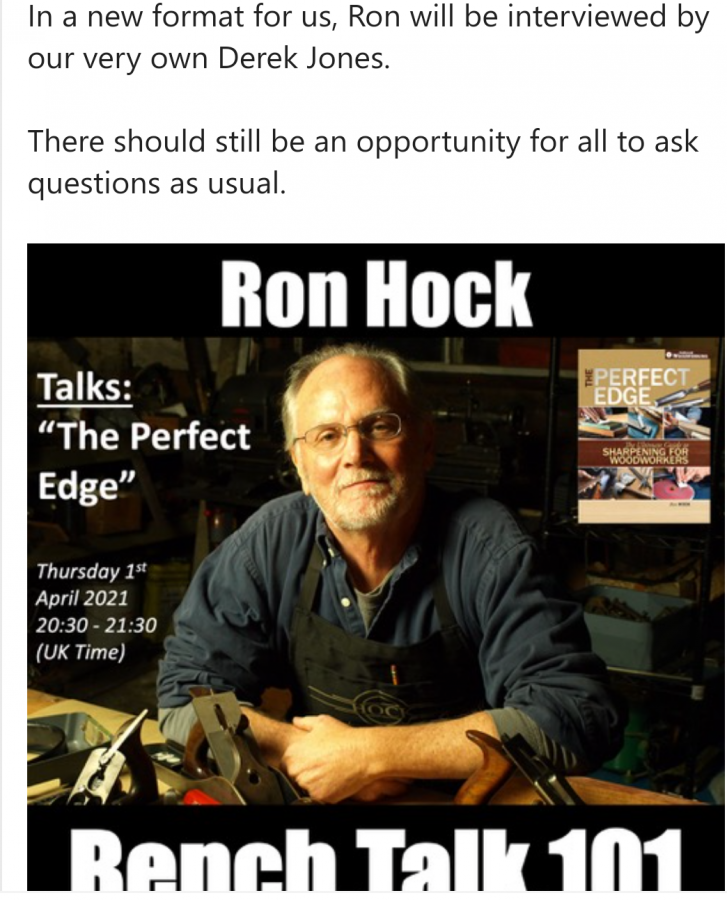 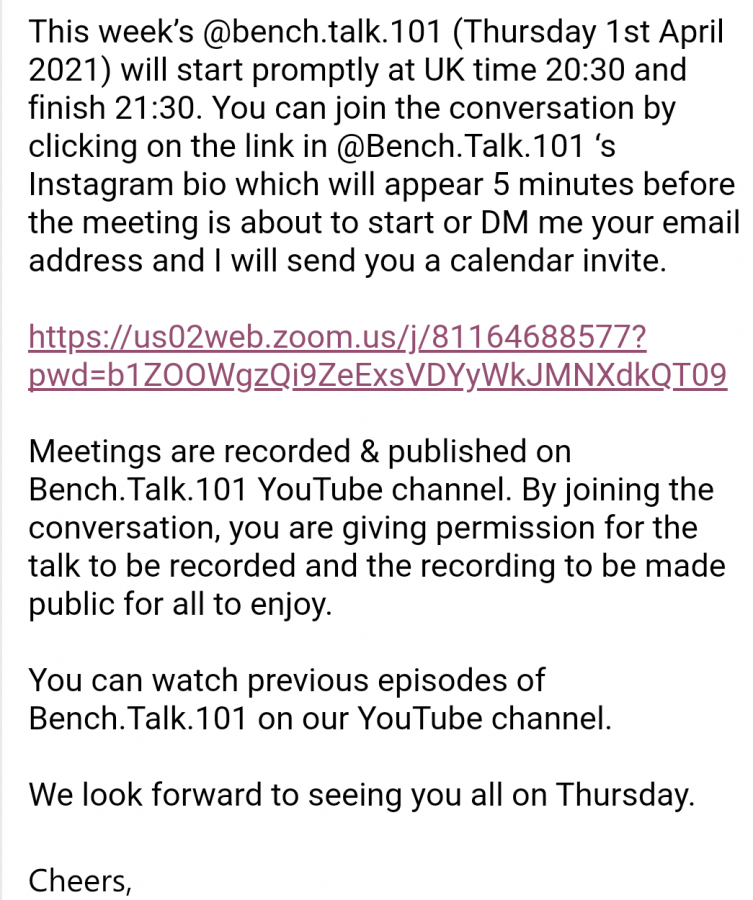 I would be preferable if you posted the actual link to the Zoom meeting instead of a picture of the link in the future.

Zoom is the leader in modern enterprise video communications, with an easy, reliable cloud platform for video and audio conferencing, chat, and webinars across mobile, desktop, and room systems. Zoom Rooms is the original software-based conference room solution used around the world in board...

Yep, looks like the one and it happens to be the same every week....
Cheers Andy

This week's Benchtalk101 is now available on YouTube for your viewing pleasure...
Cheers Andy

Does he still push A2 for his choice of steel?
D

some interesting thoughts in there. A2 can be harder to sharpen with certain media, but not due to chromium and any modern sharpening stones. Its issue is poor edge stability due to the large carbides - you can make it just as sharp, but a large carbide will leave the edge.

Ron hit on what's probably the primary reason of A2 - it's easier for manufacturers to use. The edge retention is only marginally better, and not in proportion to abrasion by abrasives, but the idea that it was much longer wearing than O1 is based mostly on differences in hardness. I've tested carbon steel (not O1, but like water hardening), O1 and A2 - O1 will plane 4 feet for every 5 that A2 does at similar hardness.

Ron also mentioned something I've said here - at 33 degrees, the edge holds up better (he's talking specifically about A2, but that's true for all).

(if someone uses an older blade of carbon steel, not O1, but plainer than O1, which generally planes 3 feet for every 4 of O1, then the jump to A2 probably seems like more of an improvement in edge retention).
D

I was pleased that Ron gave the ruler trick a mention ~;-)#