Any off cuts make great cool blocks for bandsaws to.

toolsntat said:
Are you thinking that this was previously a bowls ball as well?
To me it looks like a"Chog" which was used to take the slack out of animal tethers. Although the hole is usually rope sized.
Cheers Andy
Click to expand...

I've just come across these in a box of firewood from a dead neighbour's garage clearout - this one is much more rounded. I think I'll do a small mallet, but I'll do the handle in two parts to part fill the hollow that will be on the top. The bottom hollow I can mostly cover with the design of the handle. 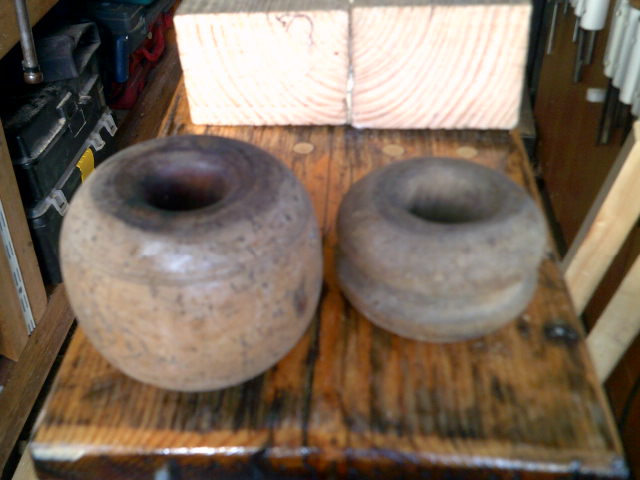 I've seen some locally and wouldn't mind having a go...

Lovely to turn, but your biggest problem will be getting a large enough hole through them if making a mallet.. I was fortunate, I picked up a couple of good drill bits cheap. You would need very high quality wood bits to attempt it.

Anyone else made their mallets yet?

Made these some time back, great fun drilling and turning ! 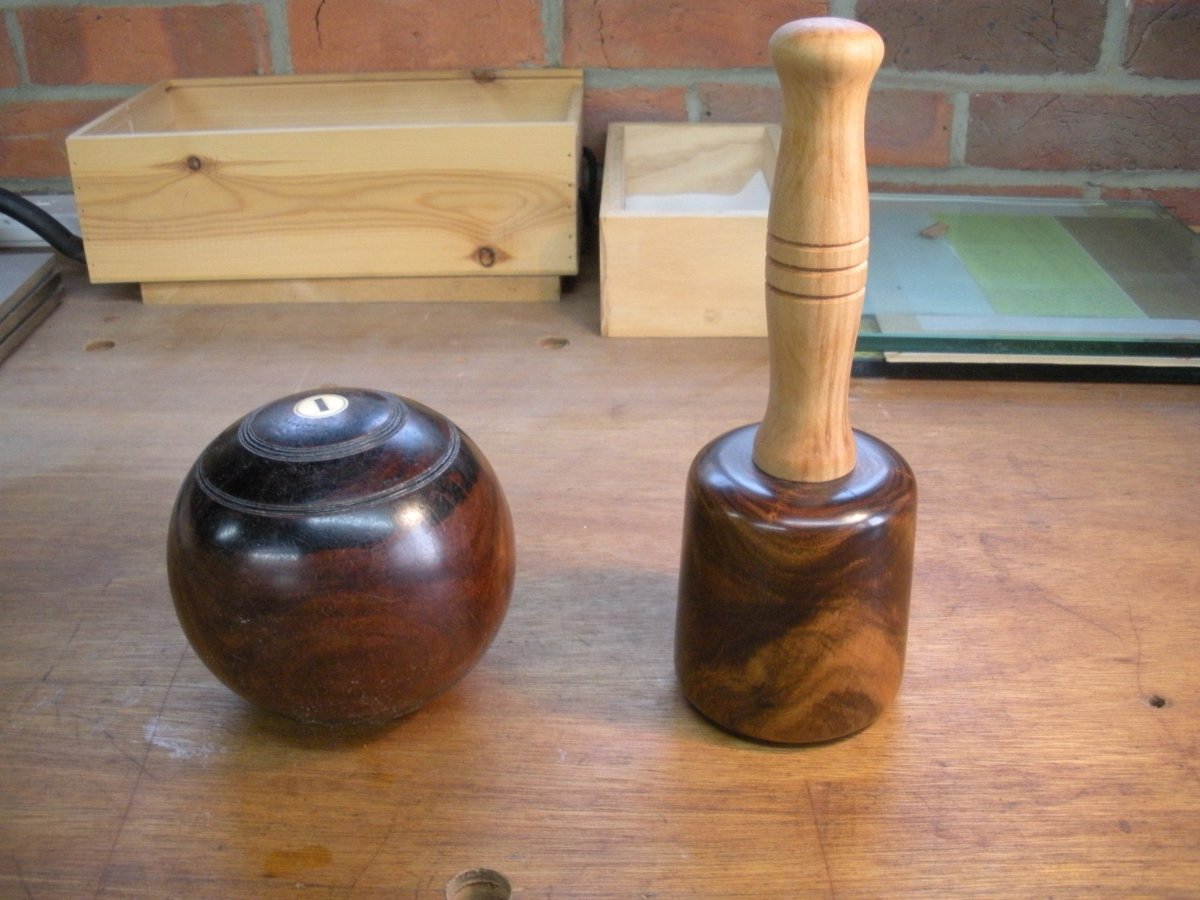 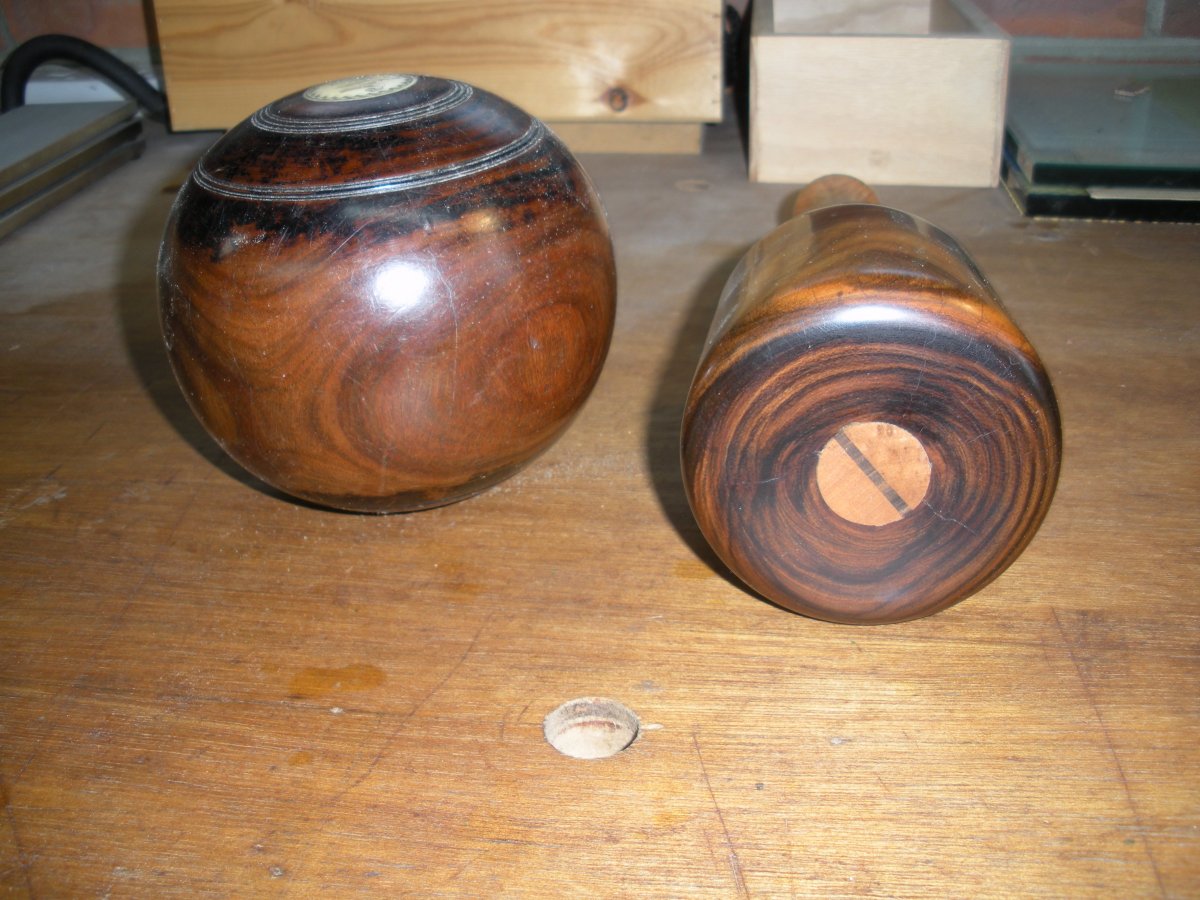 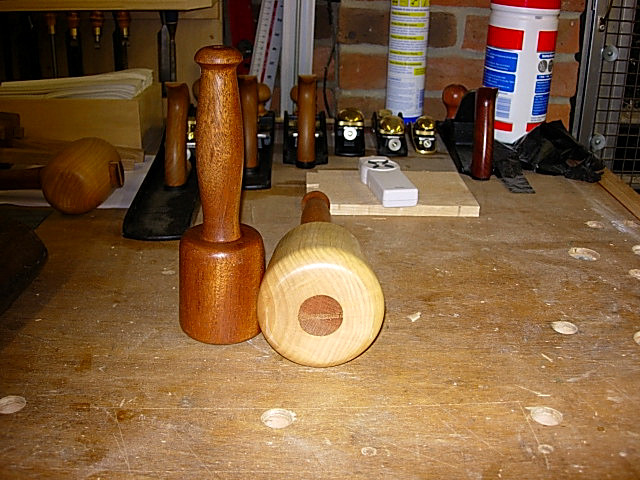 Not wishing to sound pedantic, but wooden ones were not called 'bowls' or 'balls'. In bowling circles they were known as 'woods'. They haven't been admissible for competition bowling for may years as they had to be checked and certified annually, with lead added to or remove from under an end cap, and I don't think there have been any testing centres for many years now, so the 'woods' are well and truly obsolete. Some more modern ones are made from 'lignite' which I guess is a nod to the past and I assume is a synthetic plastic material.

In our woodturning club there was a bit of a fad some years ago of cutting them in half, turning them to shape and to mount a small clock movement in them for a nice small desk clock. I was given a couple so made two mallets - one for myself and one from a chum. I used ash for the handles and walnut for the wedges. I run at speed, a cloth brings out the oil in the wood to 'friction polish' it to give it a lovely sheen to the wood.

The CITES controls which are meant as a means of conservation prevent the sale and export of lignum vitae, but are a classic example of the law of unintended consequences. If it can't be sold, there's no point in planting trees and having a sustainably managed resource, so it can end up being felled and used locally for fence posts.