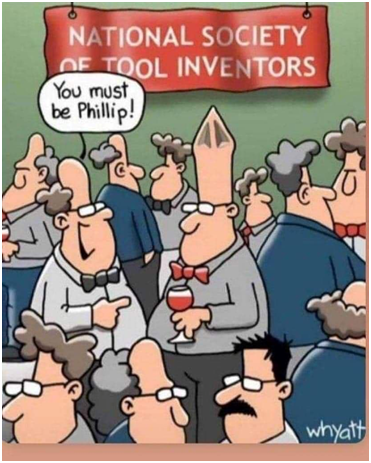 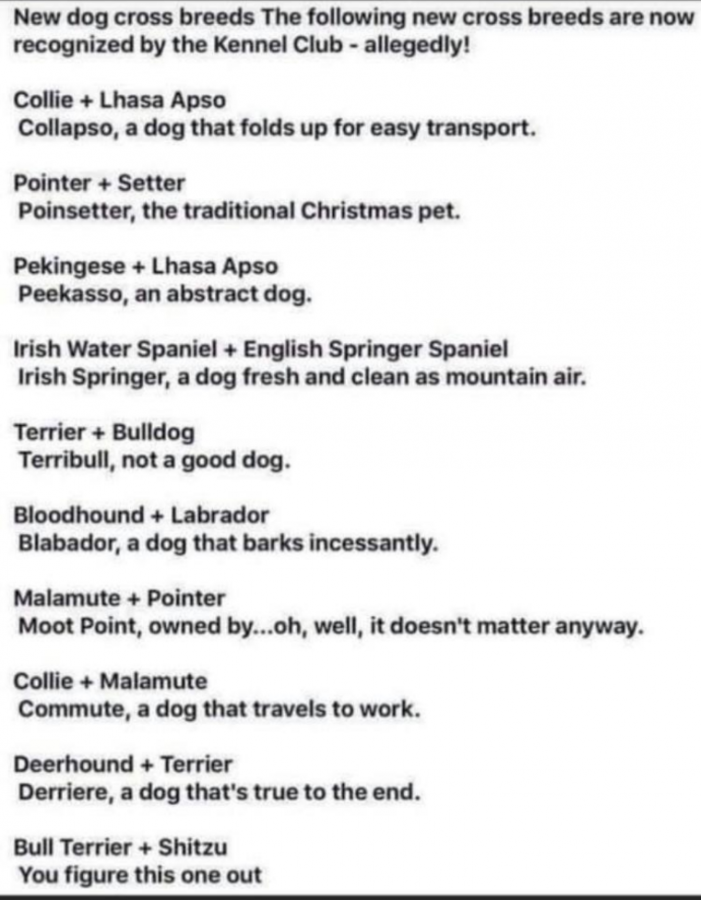 And the infamous
Jack Russel + Shitzu
The dog that doesn't give a fig.

Of course, you'll all have heard of Ashogi, the brilliant Japanese engineering student?

Being an excellent student AND an enthusiast to boot, with specialisation in Electronic-Mechanical interfacing, he was over the moon when, upon graduating with an Honours Degree in Engineering AND first in his class at Tokyo Uni that year, he was offered the position of Leading Development Engineer on the Suzuki motorcycle Moto GP and Trials & Scrambling AND World Superbike teams.

Even better, a year later, when Suzuki made a clean sweep and won the World Championships in all classes, his joy was knew no bounds.

But as ever with such fabulous stories, there was a dark cloud on his horizon.

As we all know, bowing (formally, from the waist downwards) forms an integral part of Japanese culture, particularly so within the higher echelons of a large company like Suzuki.

You see, poor old Ashogi had a problem - every time he bowed he farted. And even worse, his farts were always LOUD - not stinky you understand, but very, VERY loud! And as a crowning problem for someone inhabiting the upper levels of the Suzuki hierarchy, has farts always sounded just like "HONNDDARRRRRRR".

So facing the upcoming formal dinner to celebrate the Suzuki team's - and in particularly his own - successes, he decided he MUST do something about his very loud "Honda problem".

So he arranged an urgent appointment with his GP.

After a thorough top to toe examination the Doctor admitted defeat and could find nothing at all wrong with Ashogi. He could only suggest that he make a dentist's appointment just to be sure.

After a quick examination followed by some immediate extensive dental work with Ashogi in the chair, the dentist finished up and invited Ashogi to try the finished result.

"Absolute magic" cried Ashogi when, after several pretty strenuous trial formal bowing sessions, not only was there no sound of "Honda", but even better, there was only complete silence - not even the faintest suggestion of a fart.

"WONDERFUL" cried Ashogi, "But I don't understand. Why should my teeth have anything to do with my farting problem?"

He enters a ward full of patients with no obvious sign of injury or illness,

Biden is confused, so he just grins and moves on to the next patient.

The next patient responds:

Some hae meat an canna eat,
And some wad eat that want it,
But we hae meat an we can eat,
So let the Lord be thankit.

Even more confused, and his grin now rictus-like, the President moves on to the next patient, who immediately begins to chant:

Now seriously troubled, Biden turns to the accompanying doctor and asks, 'Is this a psychiatric ward?'


'No,' replies the doctor, 'this is the serious Burns unit.'

We so need a groan emoji

Jamesc said:
We so need a groan emoji
Click to expand...

A couple has a dog that snores. Annoyed because she can't sleep, the wife goes to the vet to see if he can help. The vet tells the woman to tie a ribbon around the dog's testicles, and he will stop snoring. "Yeah right!" she says.
A few minutes after going to bed, the dog begins snoring, as usual. The wife tosses and turns, unable to sleep. Muttering to herself, she goes to the closet and grabs a piece of red ribbon and ties it carefully around the dog's testicles. Sure enough, the dog stops snoring. The woman is amazed!
Later that night, her husband returns home drunk from being out drinking with his buddies.
He climbs into bed, falls asleep and begins snoring loudly. The woman thinks maybe the ribbon might work on him. So, she goes to the closet again, grabs a piece of blue ribbon and ties it around her husband's testicles. Amazingly, it also works on him! The woman sleeps soundly.

The husband wakes from his drunken stupor and stumbles into the bathroom. As he stands in front of the toilet, he glances in the mirror and sees a blue ribbon attached to his privates. He is very confused, and as he walks back into the bedroom, he sees the red ribbon attached to his dog's testicles. He shakes his head and looks at the dog and whispers, "I don't know where we were .... or what we did ... but, ... We took first and second place."
T

Pete & Sally move to a remote country cottage that needs restoration, to get away from the rat race. The only fly in the ointment is their nearest neighbour from some way along the lane is an old guy in his 80’s who keeps hobbling along to see what they are doing.

One hot summers day Pete is up on the roof replacing broken slates and Sally is taking advantage of the remote location to sunbathe nude in the garden. Pete looks up to see the neighbour on two walking sticks making his way up the lane, he calls down to Sally that she’d best cover up as the nosey old sods on his way.

Unfortunately Sally undressed inside and realises that if she stands up to run in the old guy will see her above the hedge and probably have a heart attack. She looks around and sees a triangular piece of old slate from the roof and thinking it,s no worse than a pair of briefs places it over her lower region folds her arms across her chest and lies back and pretends to be asleep.

The old guy finally makes it and looking over the hedge he looks around then calls up to Pete “ eh, your doing a grand job on that roof son” he then looks down at Sally and says “though I see that things have changed a lot since I was young”.

“What do you mean?” Pete asks.

thought my money worries were over when I started dating a rich girl...

....turns out I misheard her --- she actually makes hats

Two jokes I heard the other day, which may be a new low for this thread:

Q: What's red and shaped like a bucket?
A: a red bucket. 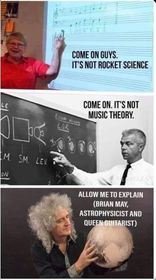 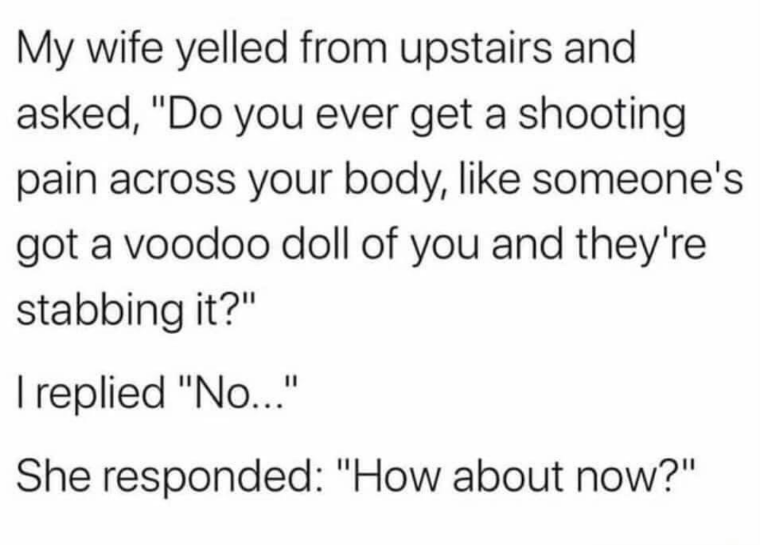 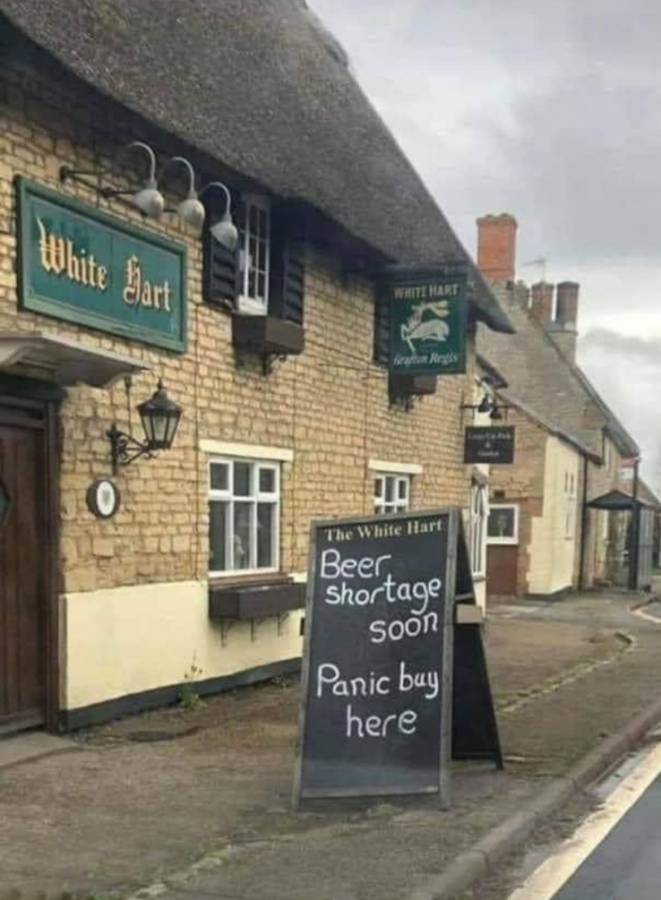 A blonde is given a job in quality control at the factory that makes the ‘Tickle Me Elmo’ Muppet character toys.

At the end of the her first day the Foreman reports to the Manager that she’ll have to go as normally they would produce 500 in a day but today they have only managed 4.

The manager goes to see what the problem is and finds the blonde at the end of the production line with a massive pile of Elmo’s waiting to be checked and finished on one side of her and just the 4 finished in boxes as reported. She is sat with a box of marbles and a pile of red plush fabric he watches as she picks up two marbles wraps them in the fabric and sews them between an Elmo’s legs.

‘No, no, no’ he says ‘you’ve misunderstood you’re supposed to give Elmo two test tickles!’
F 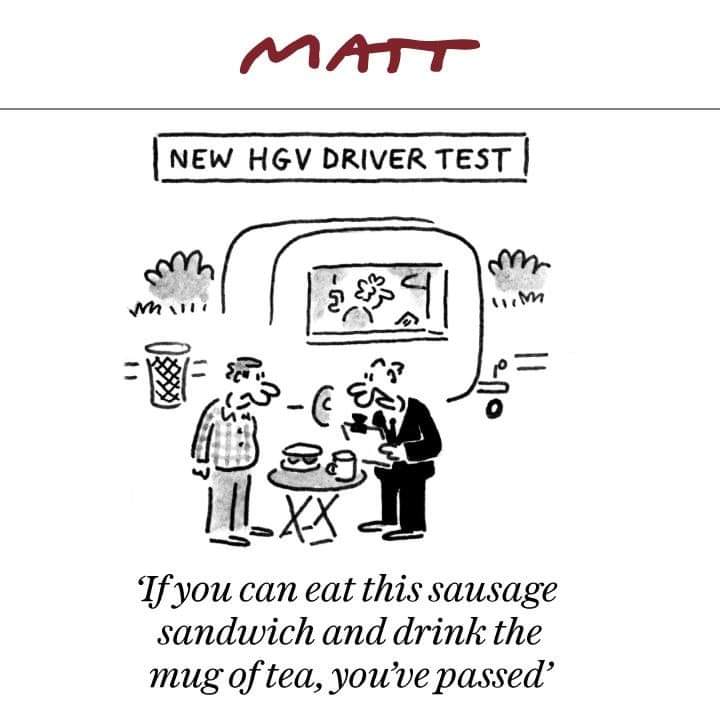