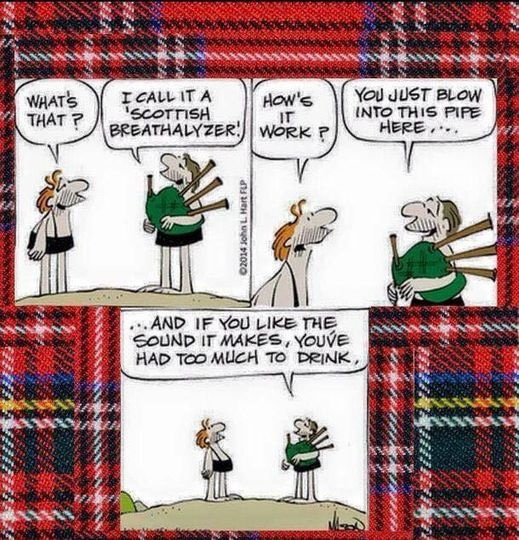 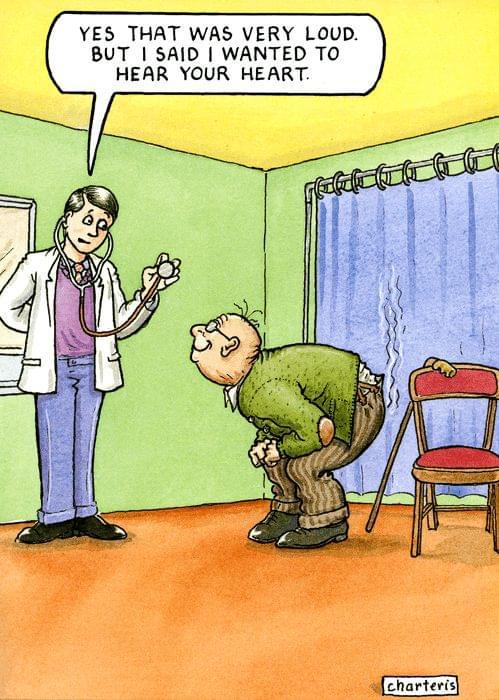 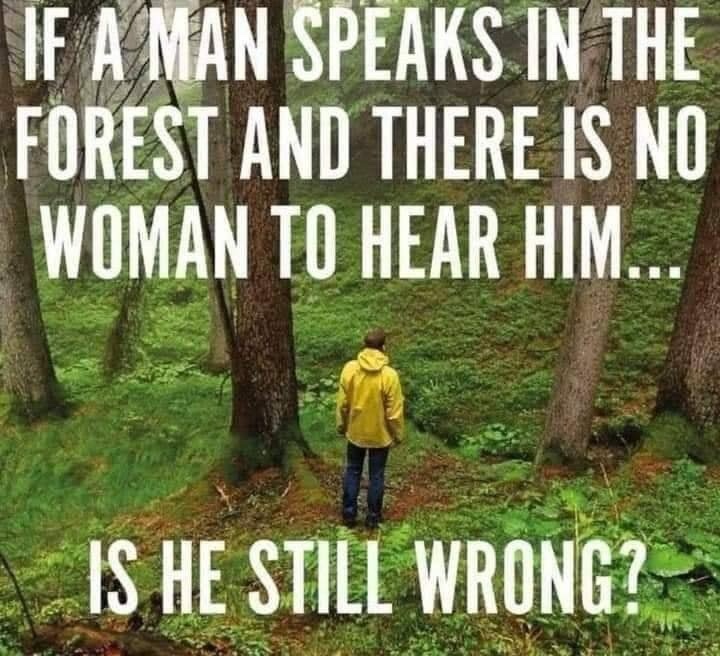 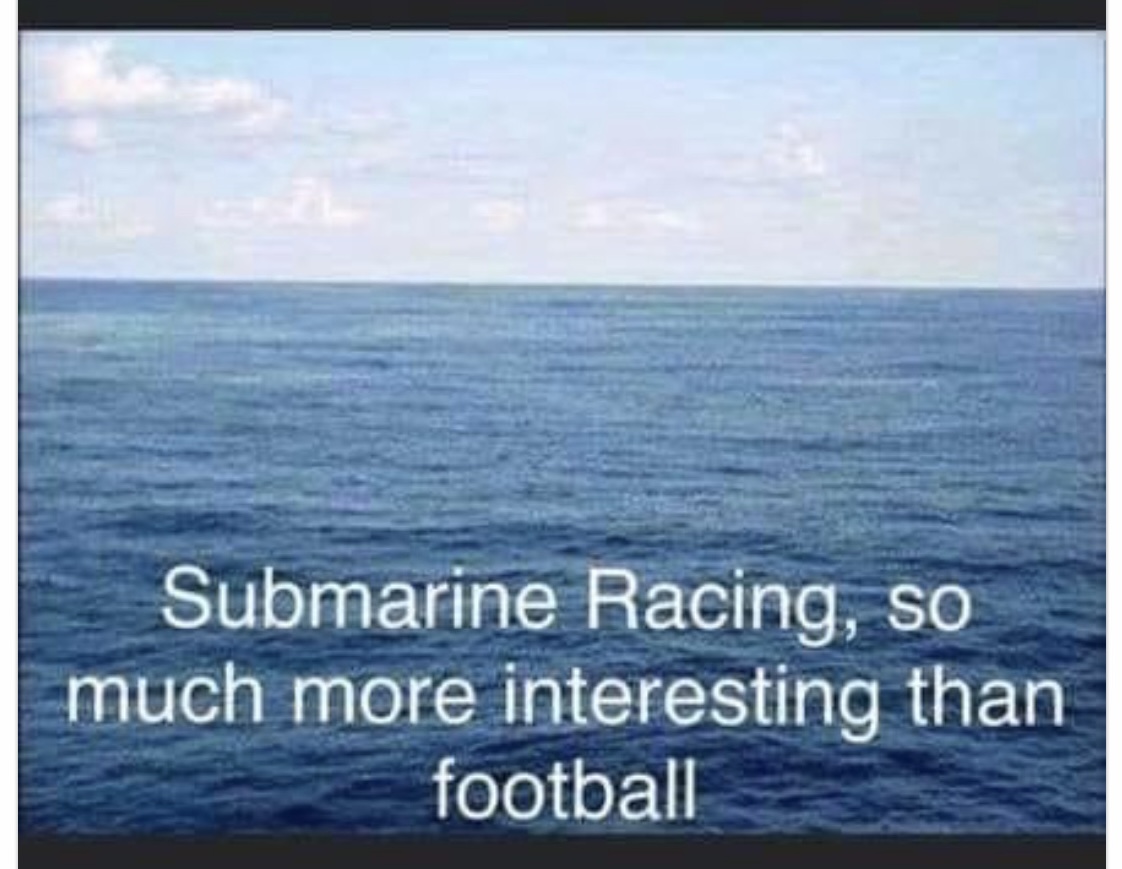 The bicycle is the slow death of the planet.

Healthy people are neither needed nor useful for the economy. They don't buy medicine. They do not go to hospitals or doctors. Nothing is added to the country's GDP (gross domestic product).

On the contrary, every new McDonald's restaurant creates at least 30 jobs: 10 cardiologists, 10 dentists, 10 dietary experts and nutritionists, and obviously, people who work at the restaurant itself."

Choose carefully: cyclist or McDonald's? It is worth considering.

P.S. Walking is even worse. Pedestrians don't even buy bicycles. 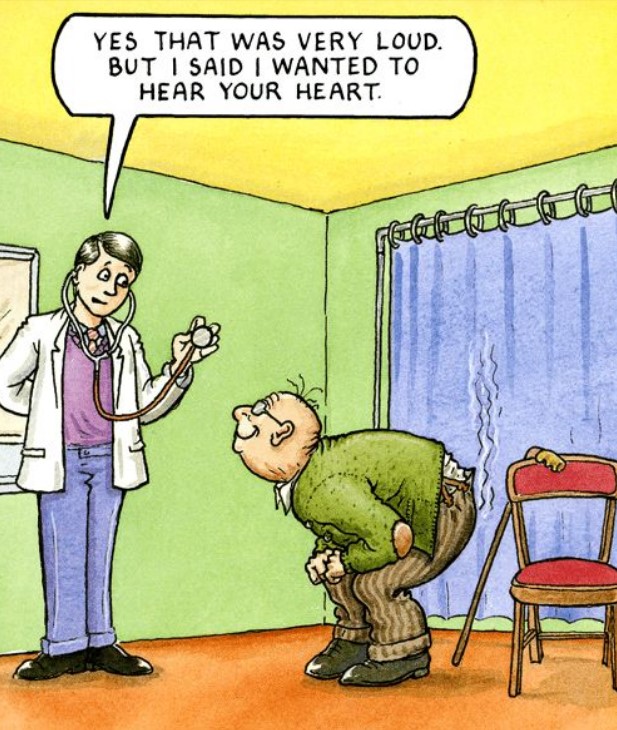 "Help! HELP! HHHHEEEEEELLLLLLLPPPPPPPPP!"
"It's OK, sir. I heard you shouting from the road"
"Oh, thank God! I thought I was going to be here forever! And you're a policeman! Thank God!"
"Yes, somebody reported some strange noises coming from the wood, so I thought I'd come down and investigate. Oh dear, sir....you do seem to be in a bit of a pickle, don't you?!"
"Yes! Stag night, y'see! Usual few beers, and the lads thought it'd be funny to strip me naked and tie me up facing this bloody tree! sprouts! Wait 'til I see 'em again!"
"Yes, indeed sir. Most amusing, I'm sure."
"So if you could just untie me, and maybe find me something to cover me up, I'd be very grateful..."
"Hmmmm....It's just not your day, is it, sir?", said the policeman, unzipping his trousers... 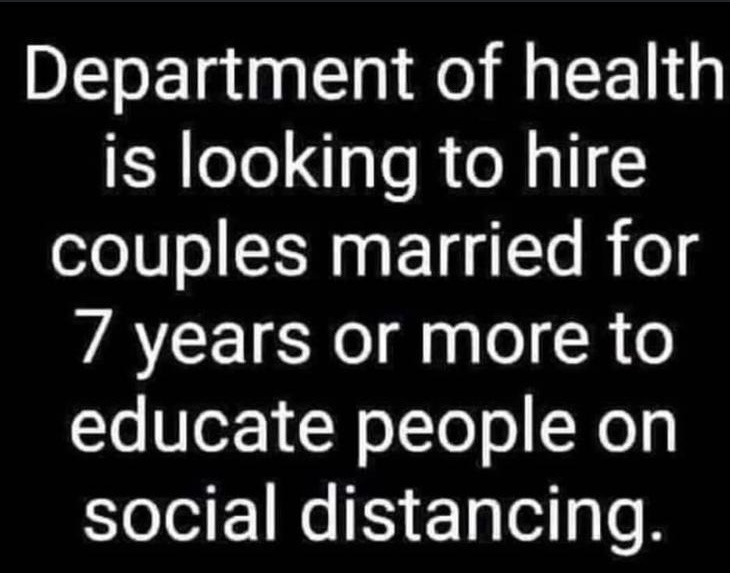 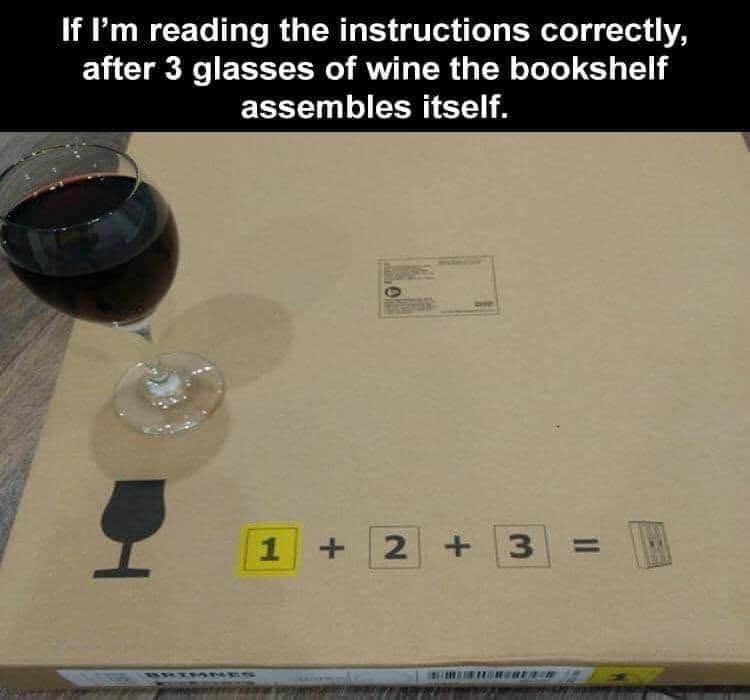 A Russian and an Irish wrestler were set to square off for the Olympic gold medal.

Before the final match, the Irish wrestler's trainer came to him and said 'Now, don't forget all the research we've done on this Russian. He's never lost a match because of this 'pretzel' hold he has. It ties you up in knots. Whatever you do, do not let him get you in that hold! If he does, you're finished.'

A sigh of disappointment arose from the crowd and the trainer buried his face in his hands, for he knew all was lost. He couldn't watch the inevitable happen.

Suddenly, there was a Long, High Pitched Scream, then a cheer from the crowd and the trainer raised his eyes just in time to watch the Russian go flying up in the air. His back hit the mat with a thud and the Irishman collapsed on top of him, making the pin and winning the match.

The trainer was astounded. When he finally got his wrestler alone, he asked 'How did you ever get out of that hold? No one has ever done it before!'

The wrestler answered 'Well, I was ready to give up when he got me in that hold but at the last moment, I opened my eyes and saw this pair of testicles right in front of my face. I had nothing to lose so with my last ounce of strength, I stretched out my neck and bit those babies just as hard as I could.'

The trainer exclaimed 'Oh, so that's what finished him off?!!'

'Not really. You'd be amazed how strong you get when you bite your own balls 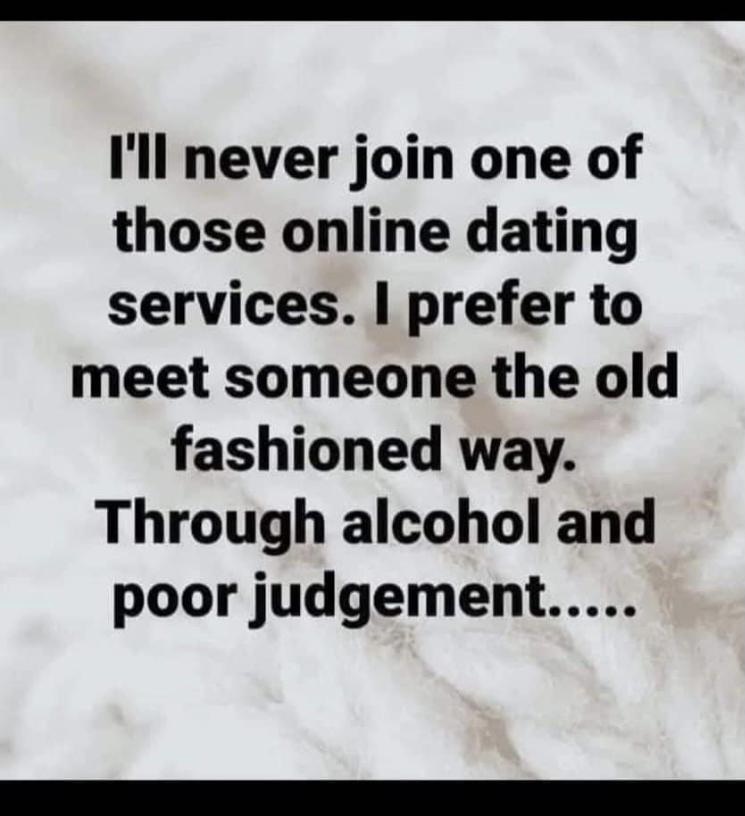 Two young soldiers spent almost their entire war guarding the gates of the local dockyard. Every day for months it was the same boring routine.

Then one day towards the end of the afternoon shift a man approached their checkpoint pushing a wheelbarrow full of straw. As this was so unusual the soldiers immediately became suspicious. The man was thoroughly searched. Bayonets were plunged into the straw. They even removed the end caps on the handles and shone torches into the tubes. Nothing. Absolutely nothing. With a feeling of disappointment, the soldiers allowed the man to walk off into the town pushing his barrow.

The next day, the man with the barrow appeared at the checkpoint again. Same time, same searches. Once again nothing was found and he went on his way. This happened day after day until it became part of the boredom, and the sentries would just wave him through. One day the man failed to appear. They never saw him again and after a day or so, thought no more about him.

Years later, the two soldiers met again at a regimental reunion. They began chatting over a beer and after a while the conversation turned to the man with the barrow.

1st old soldier: Do you remember the barrow man?

2nd: Yeah. I thought there was something odd about him but never could work it out.

1st: He was stealing wheelbarrows!

The following may offend, although I sincerely hope not. 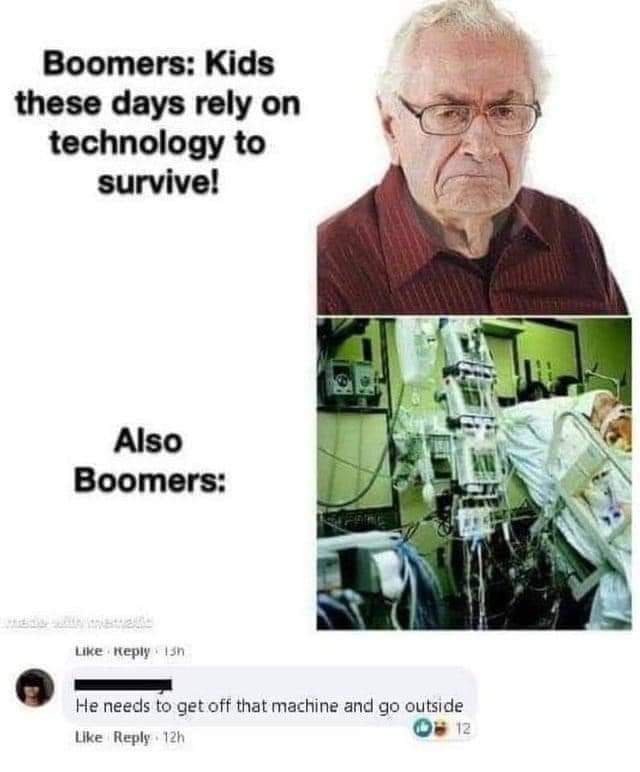 One day a bobby was patrolling on his town centre beat when a young man walked past him, reeking of cannabis. The officer detained him for a search, and sure enough found a significant quantity of weed.

Young Man: But officer, it's not mine! It's this jacket. Every time I flush this weed down a toilet it magically reappears within five minutes.

Officer: Likely story, you prove it. I tell you what - I'll give you the benefit of the doubt. If what you say is true, I'll let you go, otherwise you're coming in.

O: ( grumpily ) So where's this cannabis then? 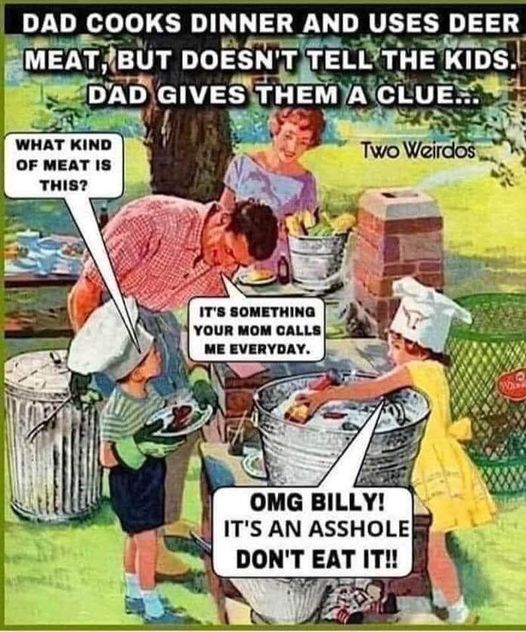 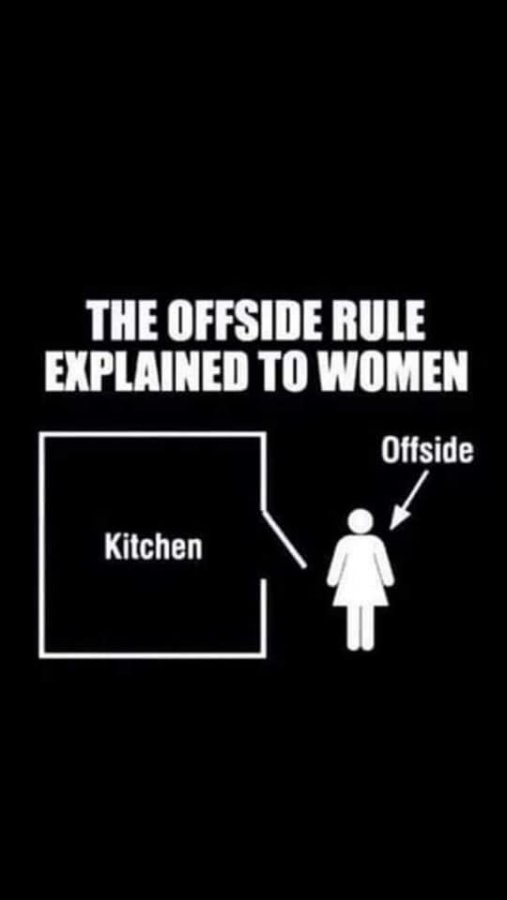 In celebration of father's day