How much is enough?

I think that's a famous rockefeller quote about money. I haven't made a chisel out of O1 yet. I have made them out of 52100, gaggles of different files, 1095 (no like), and finally O1.

This chisel is going to someone I'd assume is making part of their living out of working - and the wife caused a bit of a panic. In order to make these things, I've learned that the bevels need to be ground on (files warp like crazy - not sure about the O1) after heat treatment as hammering bevel warped parers back to flat is a risky proposition. So, tackled the issue of bevels by learning to freehand them on a belt grinder, which with a ceramic belt, will not threaten the temper (uncanny - you can cut the bevels on the side and hold any part of the chisel at any time).

Until I start making more things, I temper top down - meaning, I start around 350F with anything and then see if it holds up. Usually, a second temper is needed to get rid of chipping.

I tossed this thing in the regular oven last night between two plane irons and walked away. About an hour later, my spouse yells "come get your junk out of the oven" and I find that the oven has been kicked up 60 degrees for an indeterminate amount of time and I trial the chisel after finishing the grinding and it hones like butter on an india stone. This isn't where I want to start. A wire edge is generated fairly easily on an oilstone, and I give the thing a buff on the tip as any civilized person would at this point, and it performs fine. I'm puzzled.

I have no idea how long it went high temp. After rehoning a few times I handled it this morning (if it's too soft, I can make another one - just not going to reharden it now and deal with the warping now that the bevels are cut -done with that now) - I rehoned it this morning, and it seems a lot harder.

Sometimes you just don't know. These parers are fully hardened about 60% of the way up their length and then at the tang, they're annealed. They're not that thin up at the tang (I'm not building them super thin as the line between thin and pleasant and too springy is very fine -too springy and they come out of a cut - yuck. Too fat and they can dive -there's a pleasant range in the middle).

Do you care about those differences? You shouldn't unless you're making chisels. you don't want to make something that's not nice to use when you can find these in the UK in great shape for 30 pounds. It costs about $20 for the materials and consumables.

At any rate, how good is it? total grab bag at this point.

After making chisels out of files and 1095, the behavior of simple high quality O1 steel is foreign. It doesn't take the mark/stamp cleanly - it's chunky and illegible - oh well. 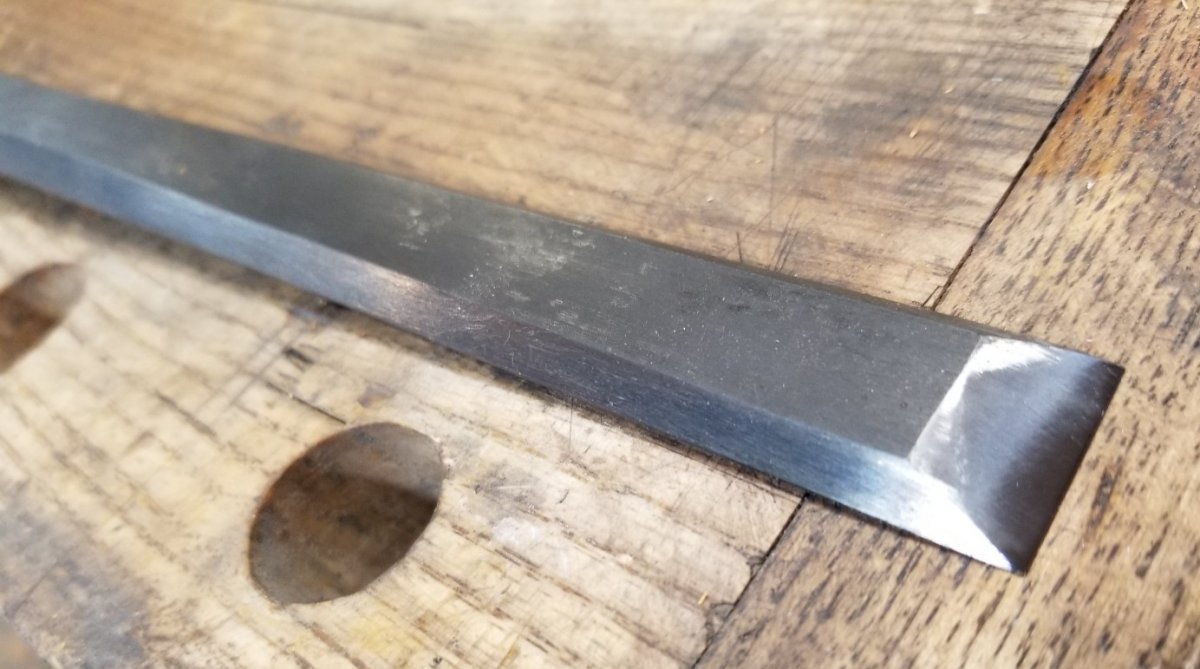 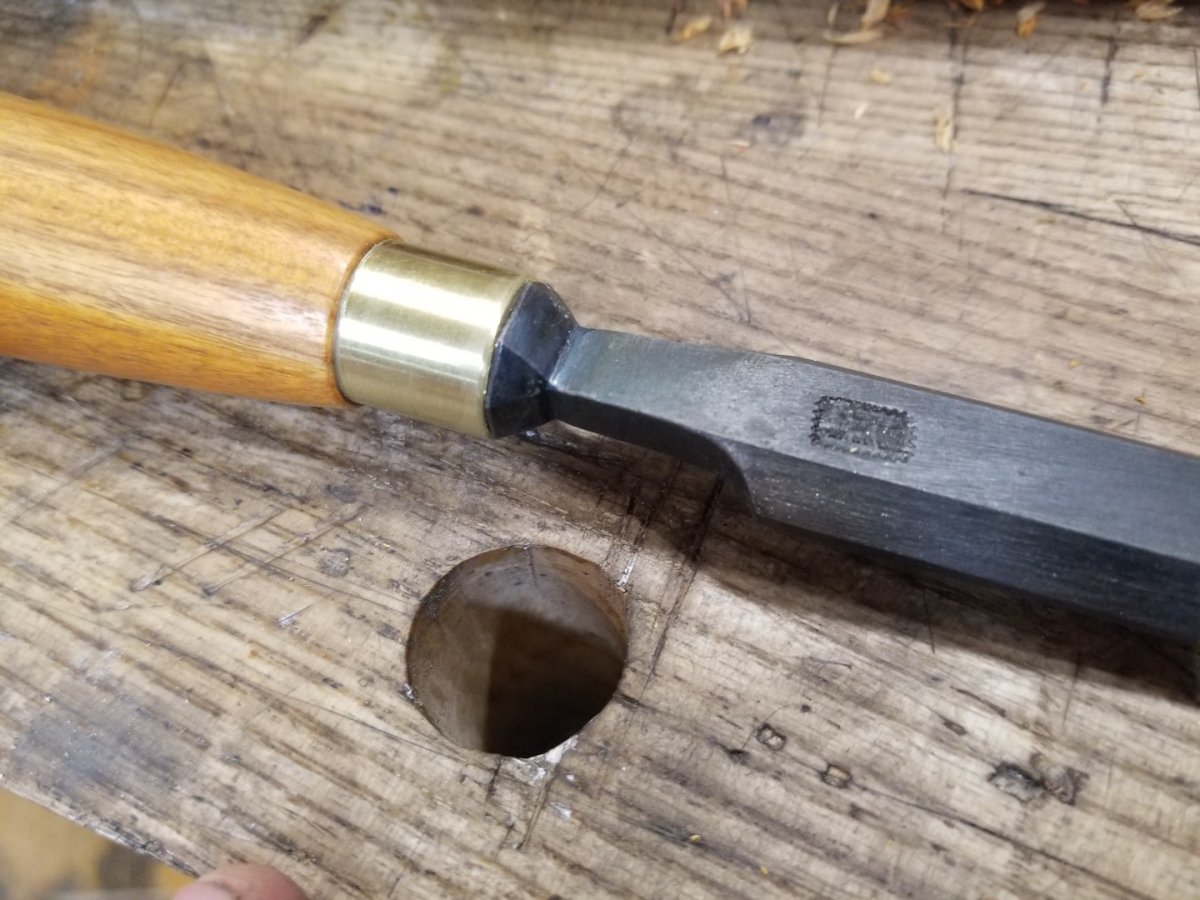 in case anyone is worried that I may be posting things that I make and sell. No, not at this point (If I ever did, I wouldn't post publicly about it - that's freeriding). This chisel is being sent to someone gratis. I'm not collecting orders, for sure, as I don't ever intend to charge anything for the chisels other than the cost of the actual materials. For various reasons, but one of them being that I'm not a professional toolmaker and I don't want to obligate myself to anything in any kind of volume. If I ever start dumping anything on etsy years down the road, then public posts will stop. With kids and a real job, I can't imagine having a side business, though -just not worth the trouble. My FIL already set a standard with the Mrs (being available *all the time* and having no individual interests other than being available) that I can't meet even without making tools as a hobby.
Last edited: 14 Mar 2021
T

Thanks, Tony! I agree on the tang style chisels. Nothing falls out, they're weighted up toward the tang and you can hold them from the handles and point them like a pointer. More natural seeming.

D
Paring Chisels May Break Me
2