How do I make this handrail?

Or you could do it properly and get or make a handrail shave.
and some capping planes and assorted whatnots.. 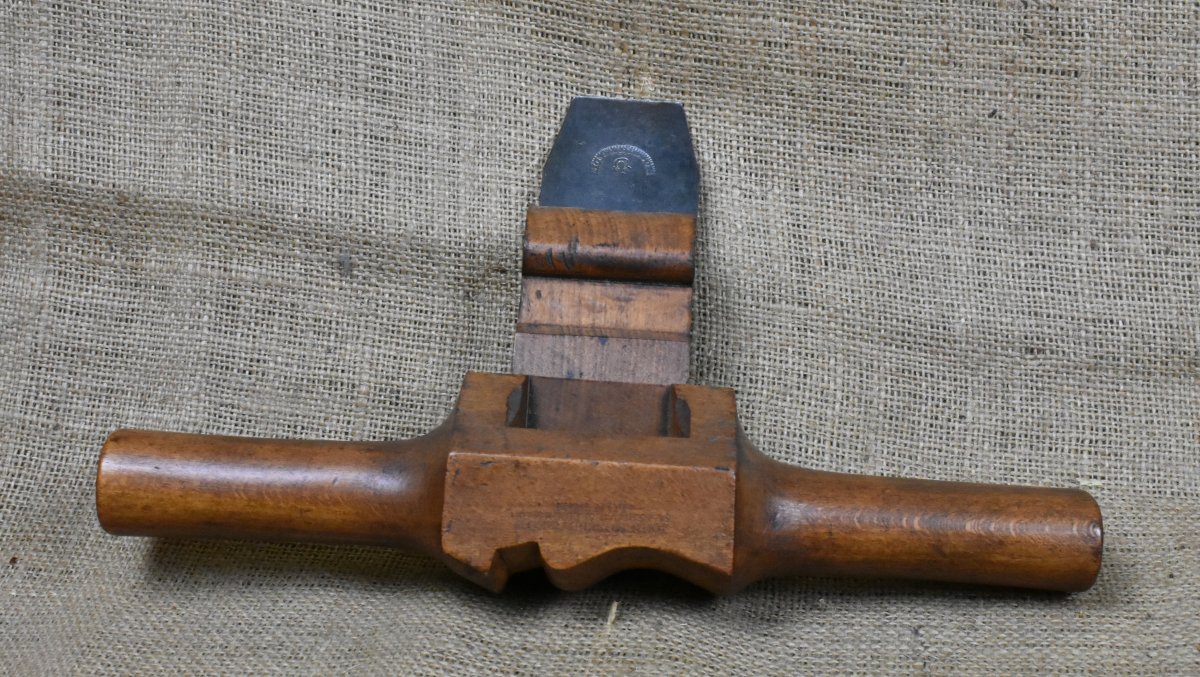 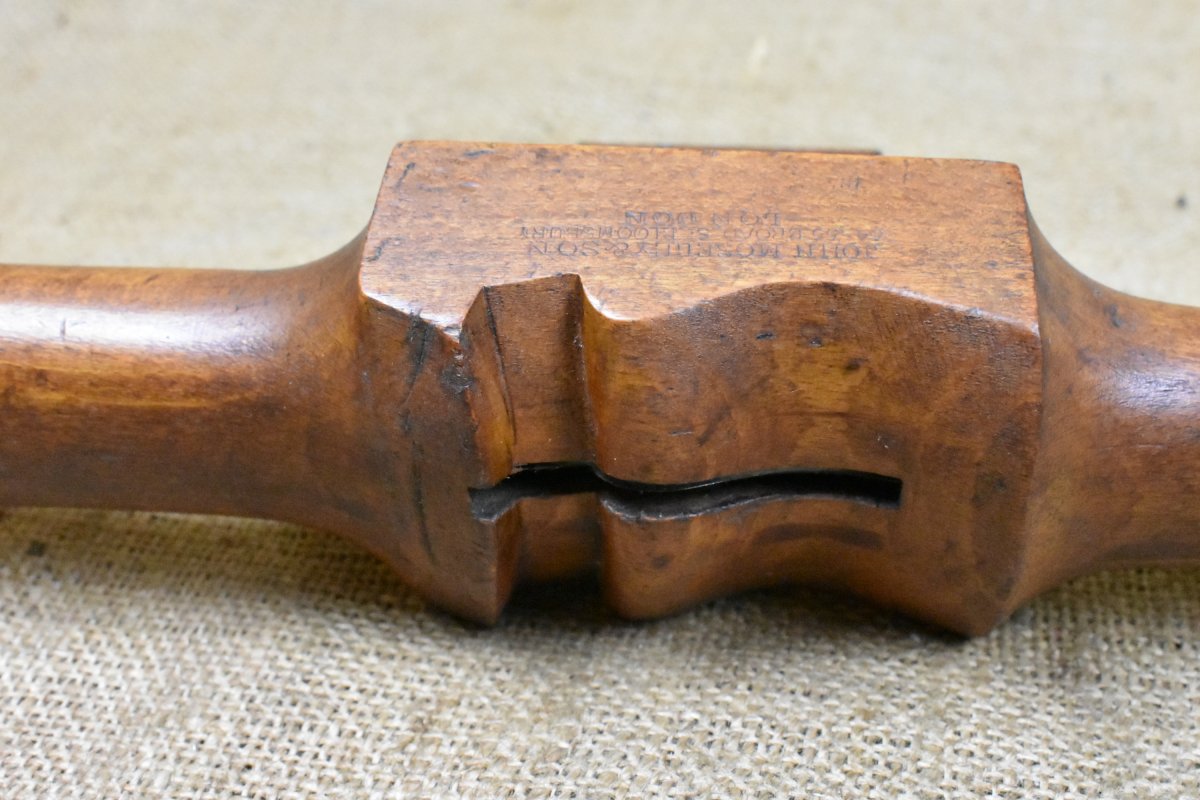 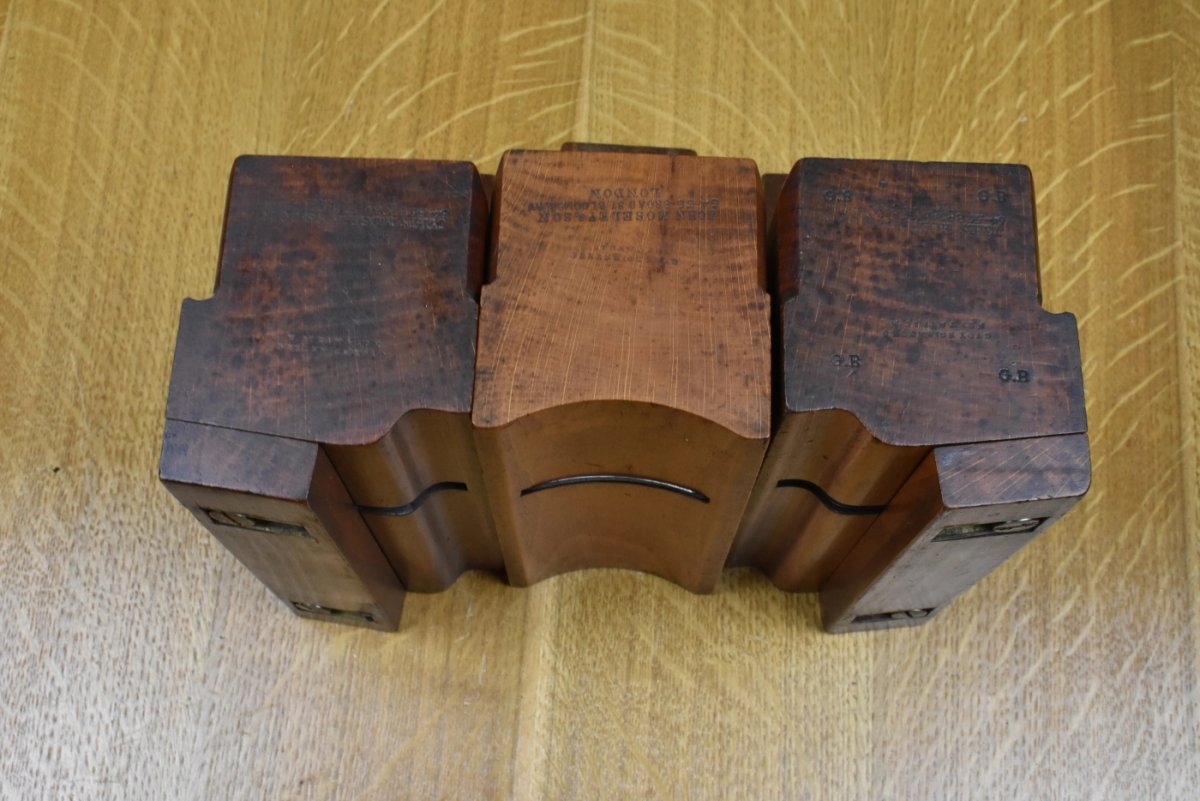 Just ask someone from the 1900c they will show you in a jiffy with a case full of moulding planes..... here we are pondering how it was done....Progress hey!

Hope you crack it.

It's why their stuff looks spectacular and our machine made stuff looks generic and mostly dull.

Location
Ratcliffe on the Wreake, Leicestershire

I think your approach of making the bottom in one sweep, possibly one piece right through if you have the timber (for strength) and the top as a capping is the best approach.

If you shape the capping as a rectangular section (straight and curved) you can use a router with bearing guided bits to get your profile. I would channel out the underside of the capping so it cloaked the joint with the bottom and use a gap-fill adhesive to plant it.

Take the easy route and draw it in Fusion360 then chuck a big lump of wood in a 5 axis cnc. go get a cuppa and come back in half an hour, BINGO job done. lol

Have a look at this:

Well I tried to avoid this job but surprisingly they couldn't find anyone else to do it, I had a job cancelled this week so thought I might as well give the handrail a go.

As it was only short I thought it was easier to make it in one piece. 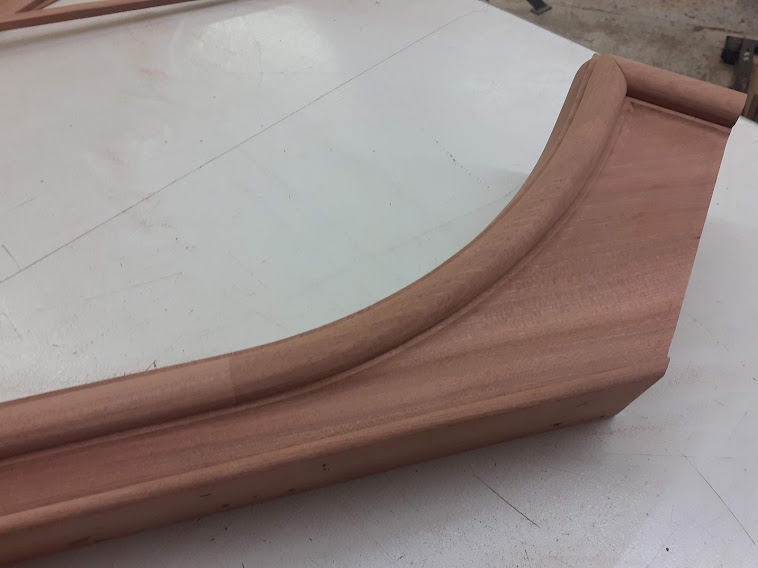 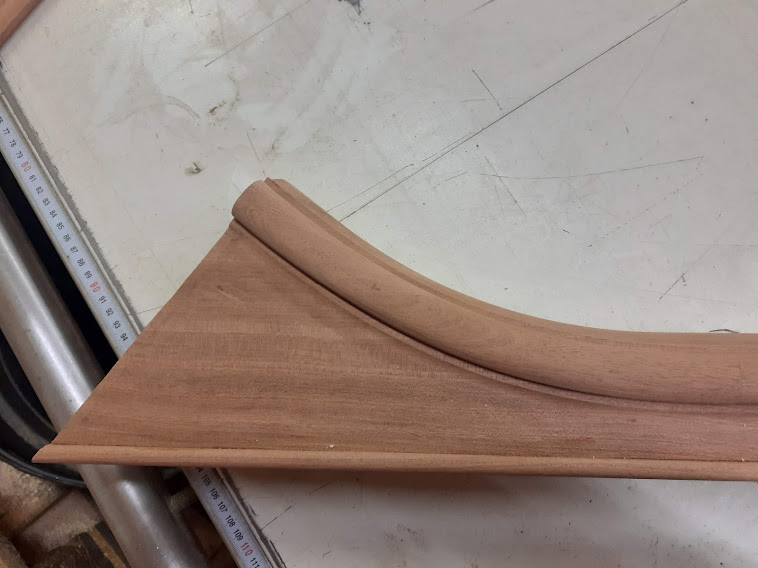 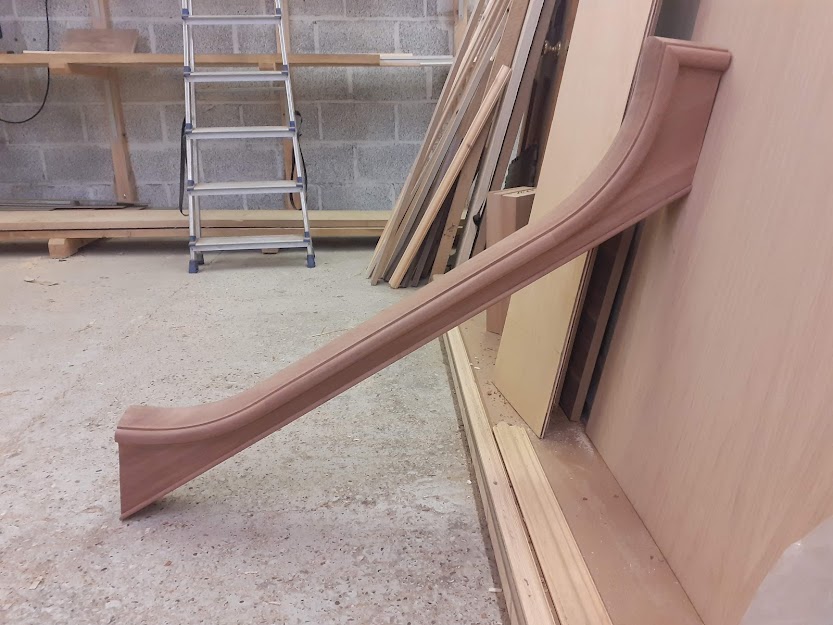 I am never keen on jobs like this because one slip with the router or a bit of breakout and it's ruined. There was a lot of climb cuts going on with the router because of grain directions (which I obviously don't recommend).

At least fitting it is somebody else's problem