Hope none of you are affected 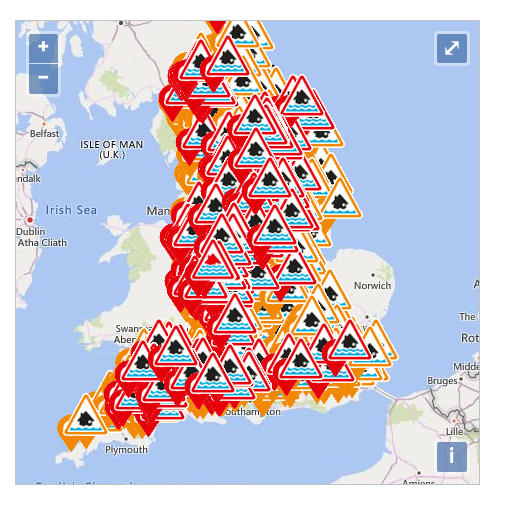 If I am affected then half the country is underwater!

Me to 450 feet above sea level near the top of a hill.

I doo feel for the people in the affected areas.

Like wise ! Fortunately our stream is many feet below the house ! This was Aug 2019. It's a little bit more frisky this morning.

Had a 610x2.9m pane of 4mm toughened glass fly like a kite off of the greenhouse into a concrete fence, fortunately, no real damage except the millions of pieces of glass to pick up :x

planned spending on flood defences in the england...note the massive bias towards the south east and london, north west and west midlands are at the bottom...

From a (very rusty!) memory of how the spending used to be allocated there was a quite big loading for the 'pound per head affected' aspect. Therefore it comes as no major surprise to see spending most where more people live.

Little comfort for those that live up north in affected areas I know.

I have some sympathy for the EA in that they are asked to do more and more and budgets don't increase in relation to that work load.
B

Note the massive bias towards ignoring the data and drawing conclusions to support your bias.

Yorkshire and humberside (second largest spend) on your chart is certainly NOT south east.

The spending is based on where there are people and property at risk. Far more people and more houses in the south east. Plus, after years of higher population growth in those areas there has been far more development and far more pressure to use land that might previously been thought of as unsuitable - such as flood plains.

Take a look at a topological and population map of the country.... notice where the predominance of low land coupled with high population is?

This is a chart of costs, and costs (especially land) is not the same unit across the country. Building a flood defence barrier in london (with land, material and labour costs) is a LOT more expensive than doing the same thing in say somerset or hebden bridge.
R

Trevanion":2aj2wgsg said:
Had a 610x2.9m pane of 4mm toughened glass fly like a kite off of the greenhouse into a concrete fence, fortunately, no real damage except the millions of pieces of glass to pick up :x
...
Click to expand...

stuartpaul":3uzijxl9 said:
From a (very rusty!) memory of how the spending used to be allocated there was a quite big loading for the 'pound per head affected' aspect. Therefore it comes as no major surprise to see spending most where more people live.........
Click to expand...

Further, we are still in something called Isostatic Rebound (post-glacial rebound), a result of the enormous weight of the ice sheet over northern Britain tilting the northern end of the landmass downwards, and the southern end upwards. When that melted 10,000+ years ago, the north started to rise and the south started to fall in compensation for the billions of tons of missing weight (the icesheet was up to 2km thick). So the south (which already has some very low-lying areas and vulnerable coastlines) is heading lower, naturally increasing the susceptibility to flooding. The west and the north get more rain, but the geomorphic principles aren't working against you in the way they are down here.
R

Brandlin":3iw5pqku said:
....
Yorkshire and humberside (second largest spend) on your chart is certainly NOT south east.

Still down South, though :wink:

With the exception of coastal and tidal defenses, why not spend on prevention ?
Is not prevention better than a cure ?
F

luckily? we are to the NE of norwich on the map
M 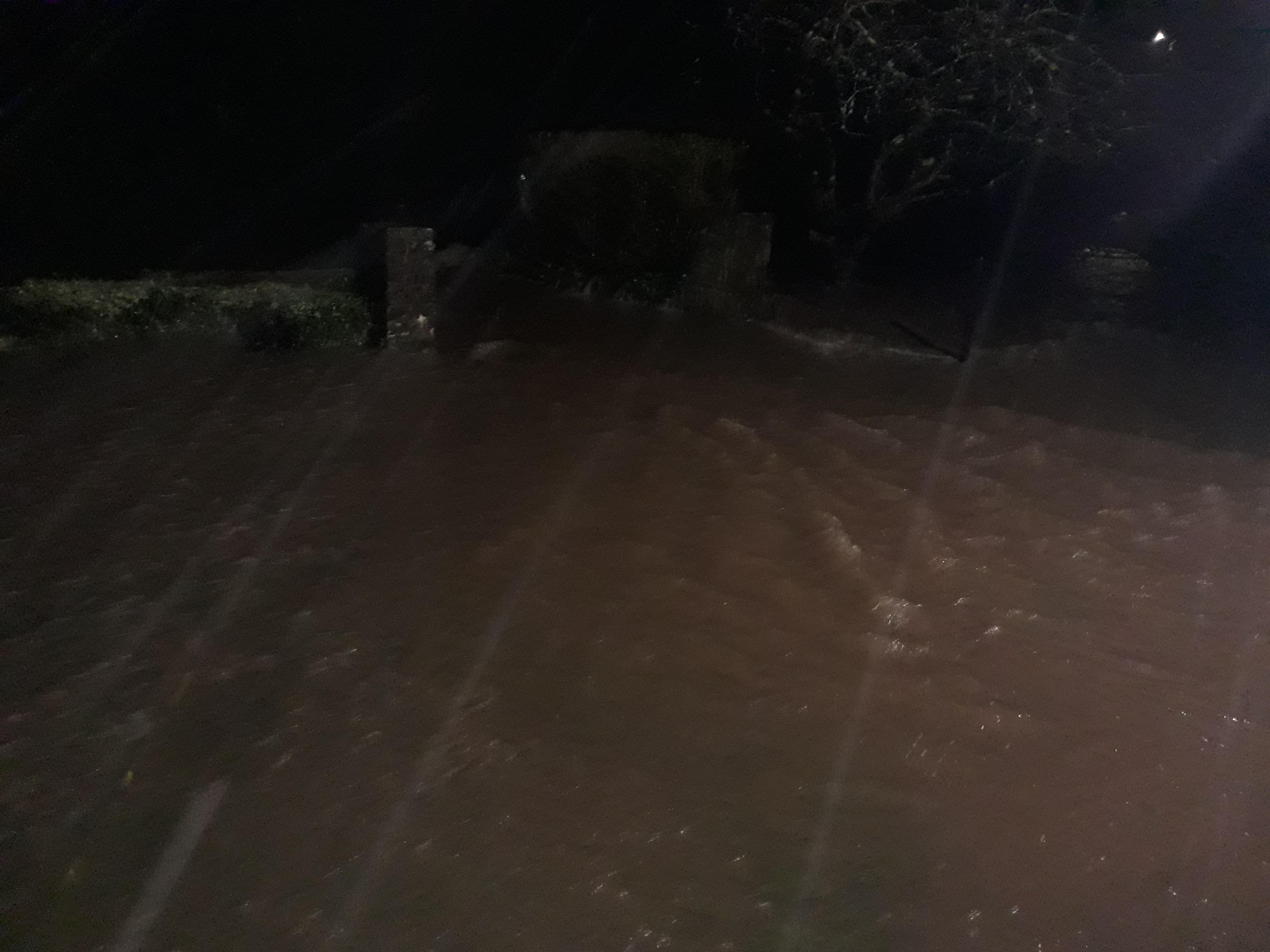 At its highest the water just about touched the corner of the house.
More crucially, the water was a few inches below the level of my workshop.
D

Flood warning on the river Ash, which is 99% of the time a dry river bed at the front of my house.
However we have had a flood eliviation scheme built this year. My house has never flooded, and considering we rebuilt it 6ft heightwise further up hill I don't think it will. The low part of the village has flooded twice this century and hopefully the scheme will stop them from flooding. 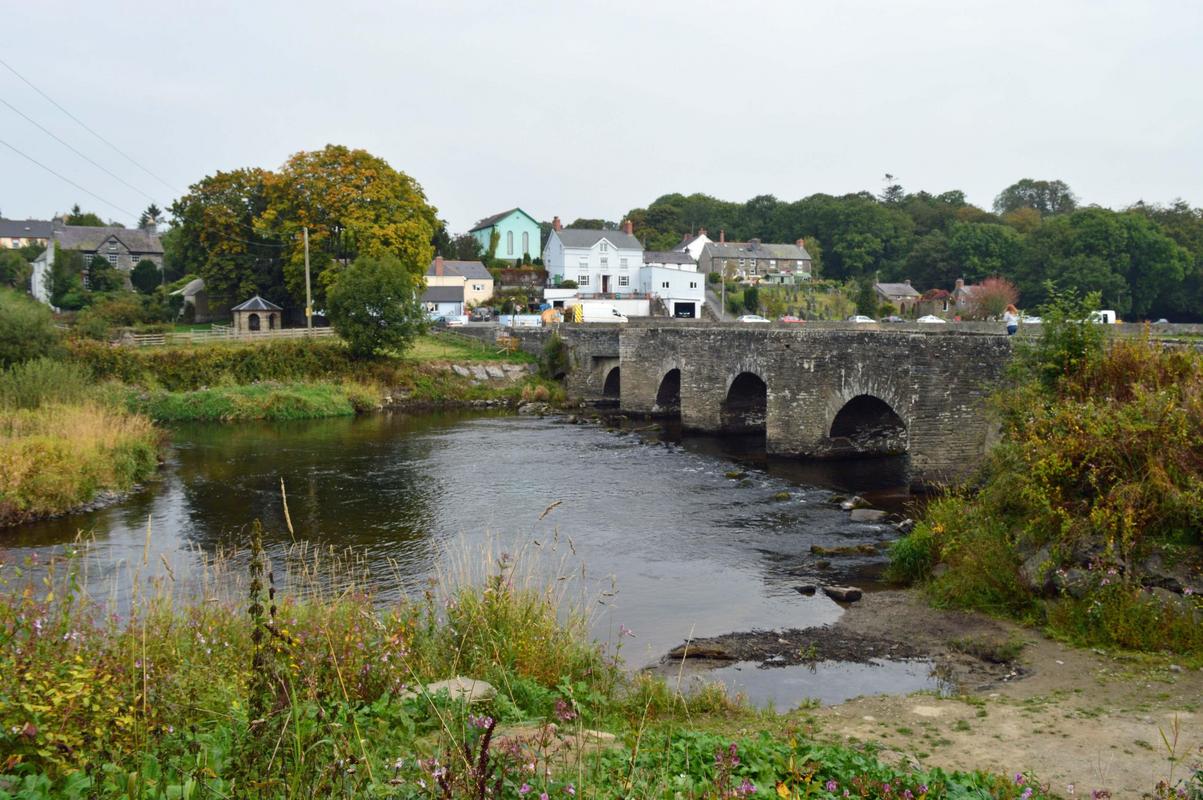 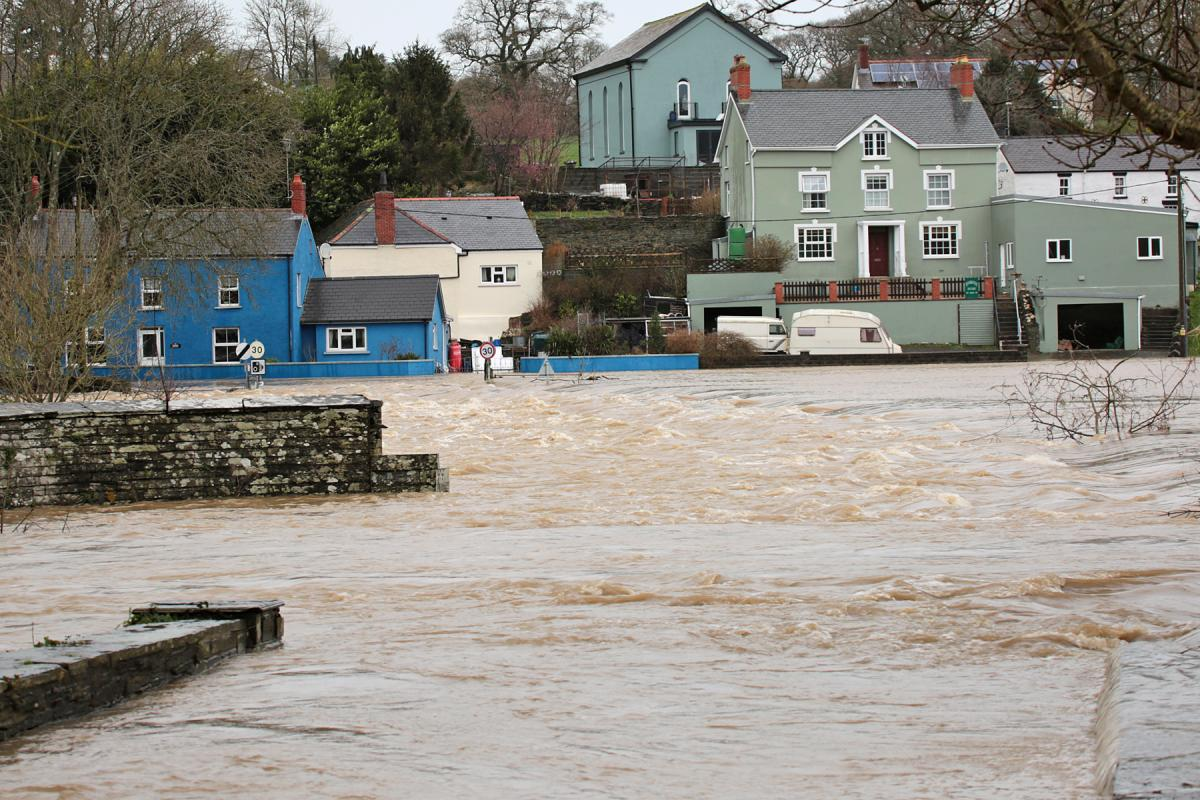 Trevanion":2ytet2wa said:
What the local bridge is normally like:

Holy mother..... - A guy on radio 2 today made a good point about river and associated tributaries dredging plus debris removal, and that the council had stopped in 1982; from 1968 > 1982, zero flooding, after 1985 (time it took to silt up I guess) - flooding, with the last flood being 6 feet, the highest yet.

as toolsntat said - prevention rather than cure - GOTTA be cheaper, right?
T

My home is near Tewkesbury, but up above any flood plain; however we had water through the house in 2007 (July as you may recall) but we are on holiday near Keswick. They had terrible floods in the 2000s and now have huge defenses. At the time of writing though, the river is not exceptionally high as the rain has not hit in the same amounts as Wales and Yorkshire.

I lived in a house for twenty two years in an area that was on a hill, but still potentially in danger of serious subsidence from retained water in torrential rain - the storm drains weren't cleared in the time I was there, and I doubt they've been cleared in the six years since.
The centre of the town is deemed a flood plain .............. and it's 135 metres above sea level with a five mile straight drop to the sea. :?
L

There has been a road I use flooded in a dip, so massive inconvenience to users plus expense for the council for traffic diversions.
When I passed by the week previously I could have removed four or five barrow loads of muck from the gulley and drains. If the council were proactive the road probably would not be closed and cheaper in the long term. The muck has been building up over the past four months or so, as it does every winter.
You must log in or register to reply here.
Share:
Facebook Twitter Reddit Pinterest Tumblr WhatsApp Email Link