Help With Info on an Obscure Plane Maker?

I was sorting through a box of old wooden planes and I’m seeking information on what appears to be an obscure maker of a pair of specialised wooden moulding planes.

They are standard 9 ½ inches in length, good quality and made of quartered Beech, with a scroll-end wedge, which inclines me to the idea that they are British and by the looks seem to be early 20th C, or even late Victorian.
There are no makers marks on the blades, though very faint striations suggest that they are, unusually, laminated when forged - so better than usual quality for a wooden moulder.

As well as previous owners names, the heels are stamped “TYTO” Regd, with the number ‘1500’ in an oval shape - and I cannot find any reference to them in the usual reference works. The word 'TYTO' is in a large stylised italic script.

Has any one heard of this maker?

There was a ZYTO brand used by Tyzack of London. Any chance it is a Z in front?
Cheers Andy
E

There's a facebook group for people to share knowledge of old wooden planes. Many people post planes and the hive seems to come up with answers. It's called Rhykenology: The Study Of Wooden Planes.
A

Andy and Eric, thank you both for the replies.

I was scratching my head on this one because the ‘Tyto’ mark is in a very flowing italic stamp on the nose of the planes and sure enough I read it wrongly.

An old friend on this forum – who knows far more than I do – kindly indicated in a PM that the ‘T’ is in fact a ‘Z’ and is a brand name of one of the Tyzack clan, Samuel Tyzack who traded from Old Street in London, just to the north of the City in the 19th century and up to the 1960/70s.

My first look-up in these instances is Jane Rees’s ‘British Plane-makers’, which names Samuel Tyzack but from which this trade-mark is in fact is missing in the entry.

Apparently Zyto as a brand-name were active in first half of the last century, and specialised in metal lathes, though some hand tools must have been ‘badged’, as these were. I’ve subsequently found pictures of stick-on labels on other wooden tools with the same Zyto name.

These planes are interesting insofar as they are a matched pair of thumb-rule planes, intended to finish the edges of drop-leaf table edges. What is also scarce is that they remain a pair – often these are separated.

They are intended to work the wood at 45 degrees and provide a matching 5/8 inch diameter ins-and-out curve to a nominal ¾ inch board. It’s important to note that these are finishing planes; the form of the joint would previously be made using rebate, and hollow/round planes.

Here are a couple of pictures to show the famous pair..... 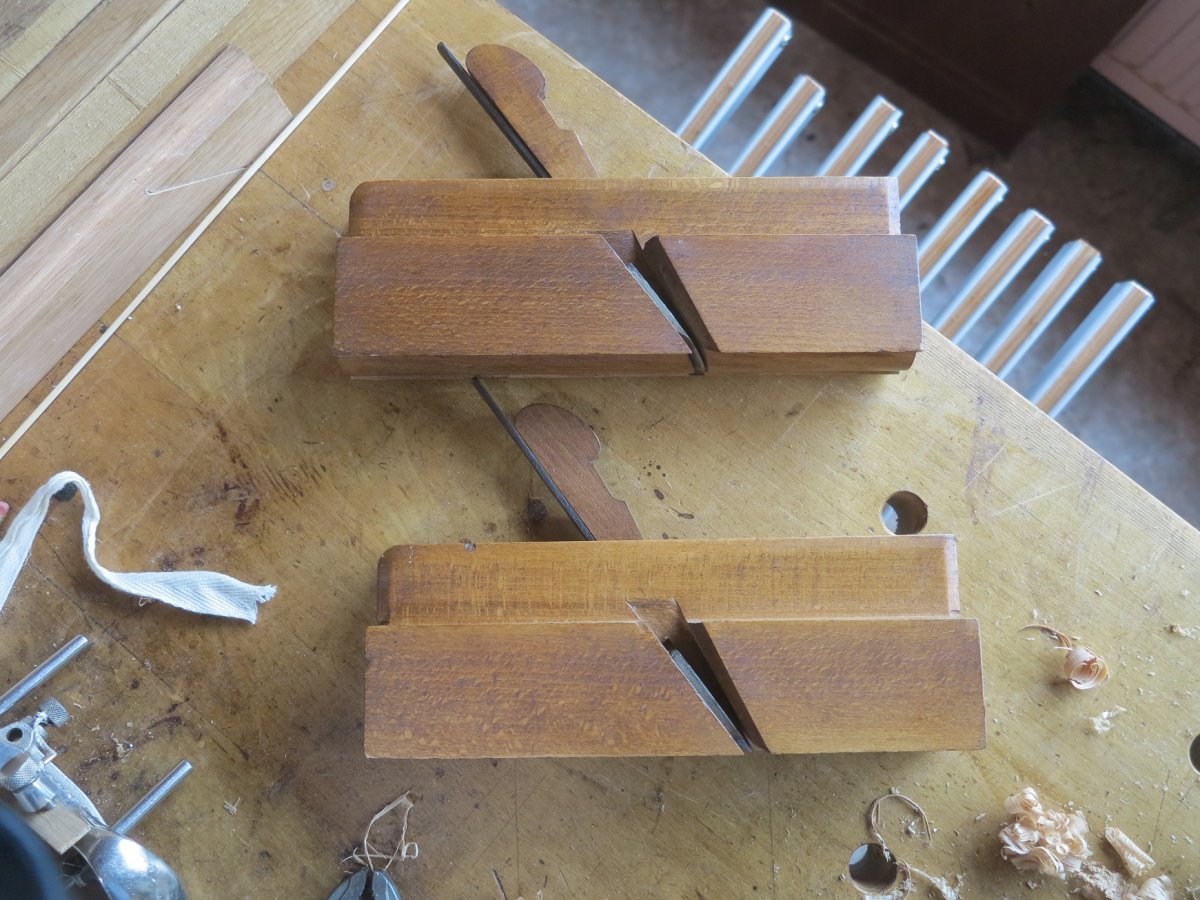 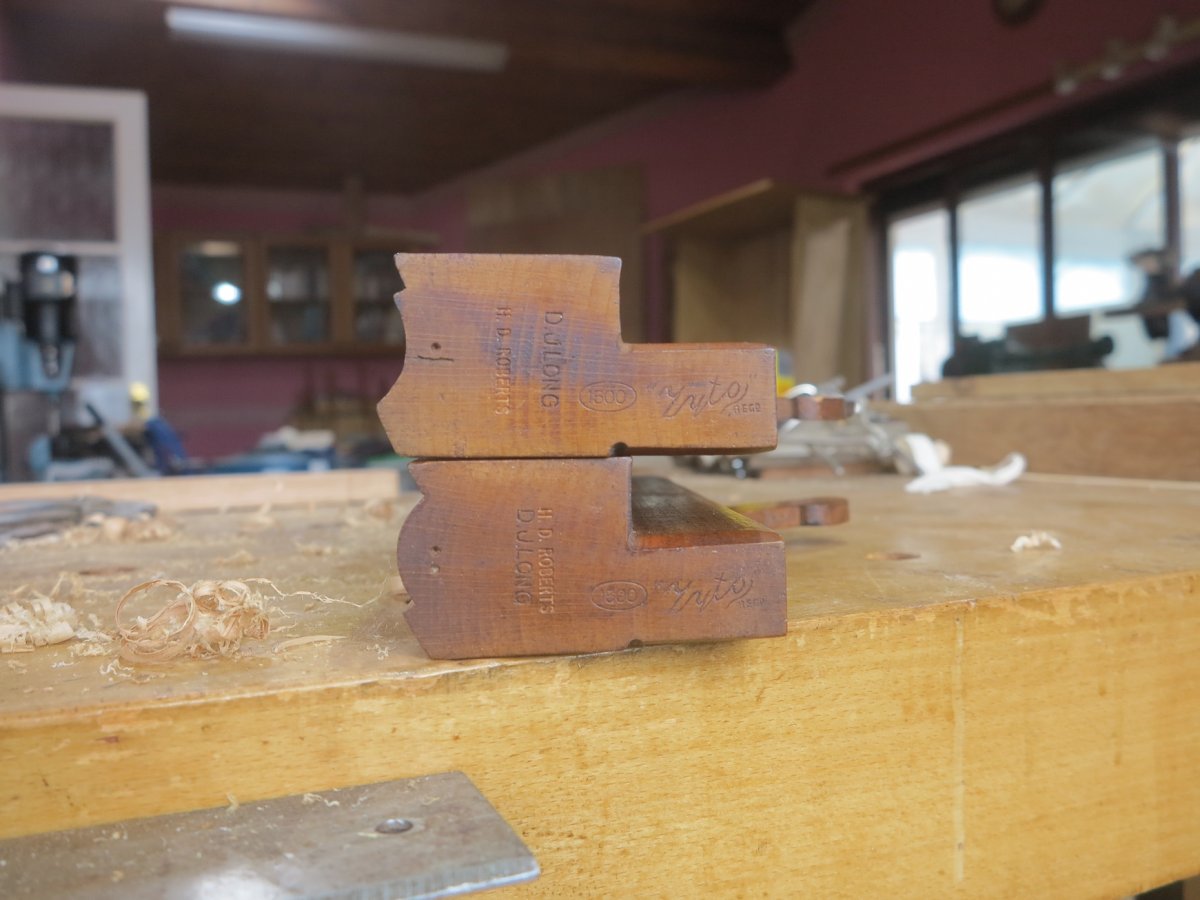