Has Anyone modified a Record Power Dust extractor to give secondary filtration?

I've got a DX5000 Dust extractor which is perfectly powerful enough for my single garage workshop however it has a habit of putting out plumes of dust when you start up the second motor!

The air it expels gets pushed into the yellow lid and then promptly blown all over my workshop so I was wondering if anyone has ever modified one to take one of those big canister type filters to eliminate the dust plumes or is the reason for it something I'm missing?

It sounds like your primary filter is compromised,
M

Has it always done this or is it something new?

Not had that issue with my twin motor dx4000. It has a large cloth filter the motors sit above, and each motor has a pleated cartridge filter with paper bag filter over. Are you missing one or more of the filters maybe ?
C

Thanks for all your replies.

I've got the paper filters with the cloth filters over the top of them. The paper cartridge filters are pretty loose though so perhaps I need to find a way to make them tighter and seal better to the housing?

Also worth noting(if someone in the future googles this thread) the motors are Henry Hoover motors! Lol.
S

just put this together today from various bits to deal with sanding dust. I didn't consider the cartridge type filter as I didn't believe there to be an advantage to it or easy way to fit it come to that. Rather the idea is to try and capture more of the dust before it gets into the bag. Clearly having the extractor expel what will be plumes of very dust defeats its purpose. I'd agree with the above and check the filters and cloth bag. The paper bag filters tuck inside the cartridge filters and fit tightly over the motor housing on this model, and I best paint that wall! 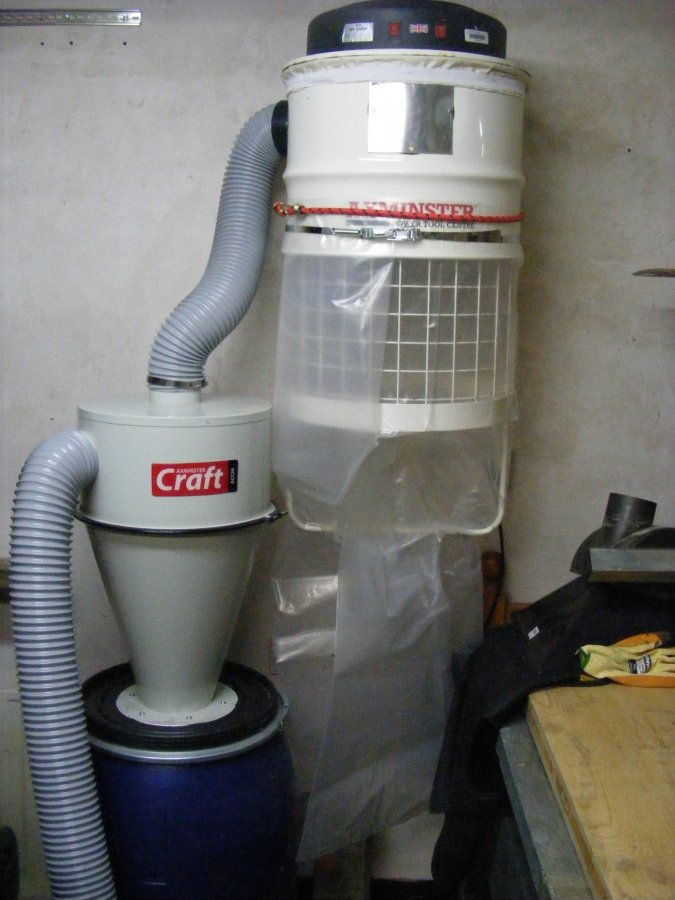 Oh wow! thats quite a set up you've got there!! I like it! I didnt Realise Axminster made one thats a spitting image to the RP one! does your one need an additional brace on the cage to stop it sucking itself flat like mine did?

I've got a cyclone attached to my Henry acting as my shop vac but I never considered fitting one to the main extractor! Is the plastic barrel strong enough to not get crushed by the suction?
S

The barrel being strong enough is a concern, this is a 120l polypropylene food grade barrel with fairly thick walls. It could also be braced internally which is best done now before it does collapse. There's no bag in the barrel, that would require a separate cage in there as well, the idea is just take the top off, put a bag over the barrel, wheel it outside and tip it over to empty it. Just need to cut another hole in it to be covered with some acrylic so I can see when it needs empting.
The unit was made for Axminster by a company called yorkleen, I met the builder last week when collecting filters and bags for this one. I also got the impression the rp ones are copies of this, it may worth speaking to them if the problem persists after sorting the filters.
R

Chunkytfg said:
Thanks for all your replies.

I've got the paper filters with the cloth filters over the top of them. The paper cartridge filters are pretty loose though so perhaps I need to find a way to make them tighter and seal better to the housing?

Also worth noting(if someone in the future googles this thread) the motors are Henry Hoover motors! Lol.
Click to expand...

Sounds very different to mine.

I have a pleated round filter on each motor which has a rubber gasket which is a snug fit on the motor inlet, a double thickness vacuum bag then fits over the top of the pleated filter and is turned over the gasket so it becomes a very tight fit on the motor. Finally there's a large cloth filter over the whole drum.

There's no way any dust can get through this 3 layer filter, the only disadvantage is cleaning which is a but messy. 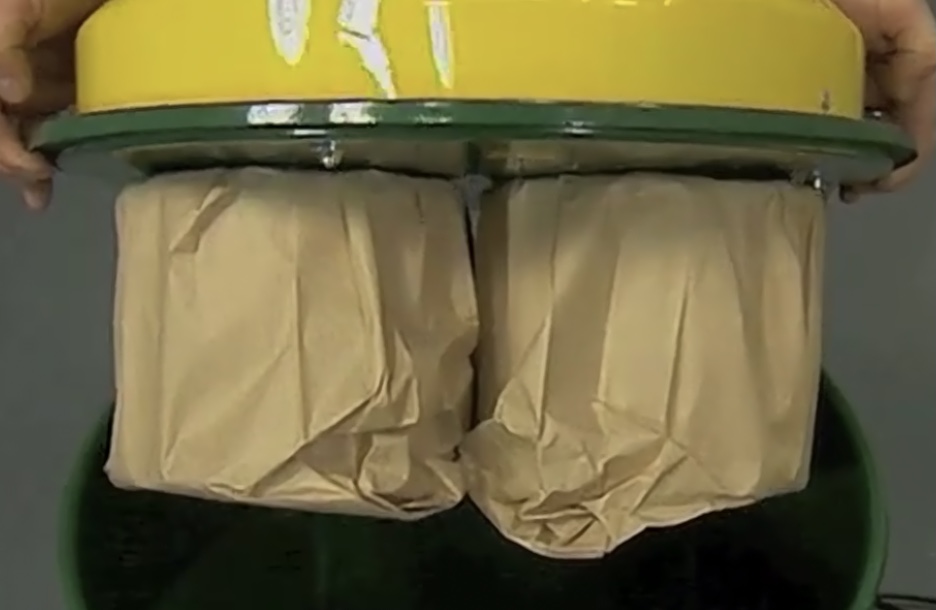 Would think your barrel would be fine, made this a few years ago now & the only time the barrel gets sucked in at the sides is if the hose gets blocked lol, it's done that quite a few times over the years & always pops back to shape once switched off. 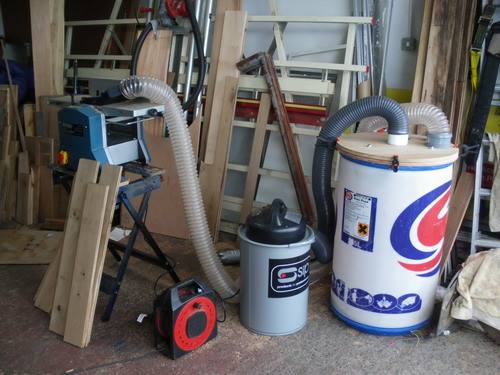 It seems my issue most likely is the filters not sealing properly.

Tomorrow I'll see about getting the bag filter tucked into the paper filter and see if that helps seal it better.

@martin.pearson You would think so but the suction will deform that pretty heavy duty cage under it with enough regularity that I've had to build additional bracing into it!!
O

Mine has a great big felt filter before those paper bags. Goes around the full barrel bit.