Spent the weekend in the workshop making a grooving plane to match a tonguing plane I picked up a while ago.
Mostly with hand tools, a little band sawing to get the block to rough size. 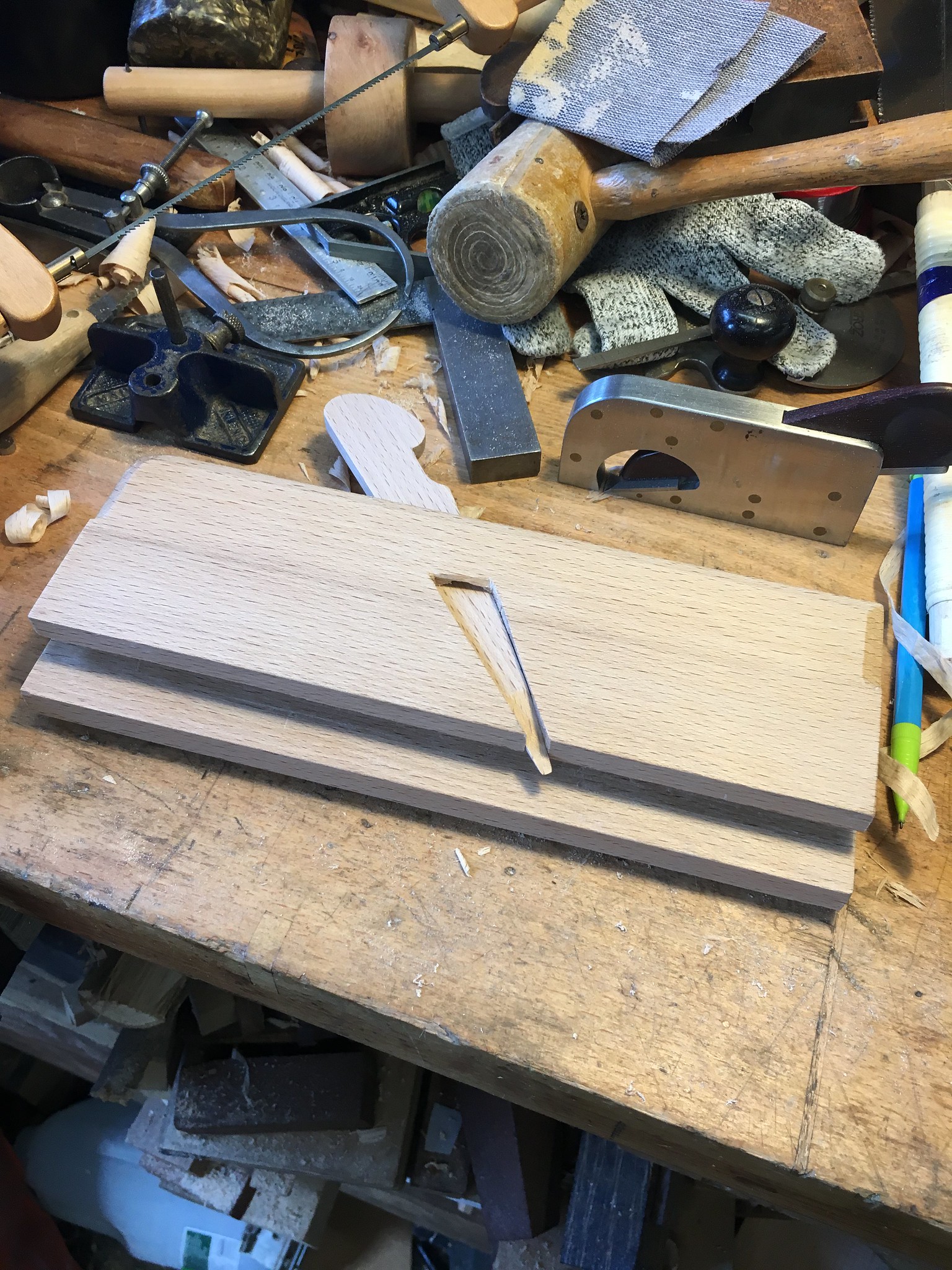 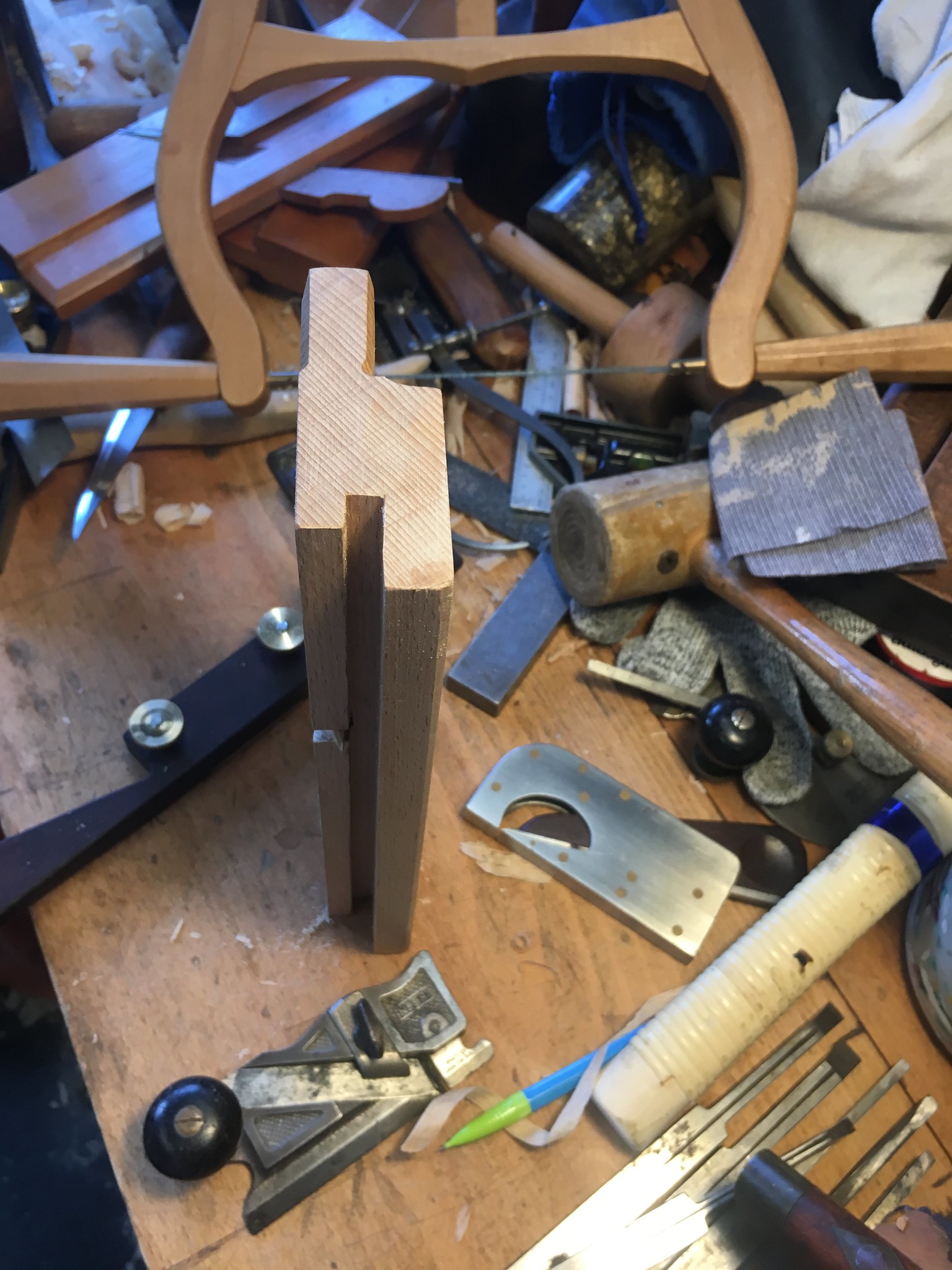 I just have to finish the blade and see if it works!

I'm going to send Steve around to tidy your bench. You've been warned.

I spent hours artistically arranging that I will have you know.

I finished the plane today, made the blade did a bit of fitting the wedge and it works. 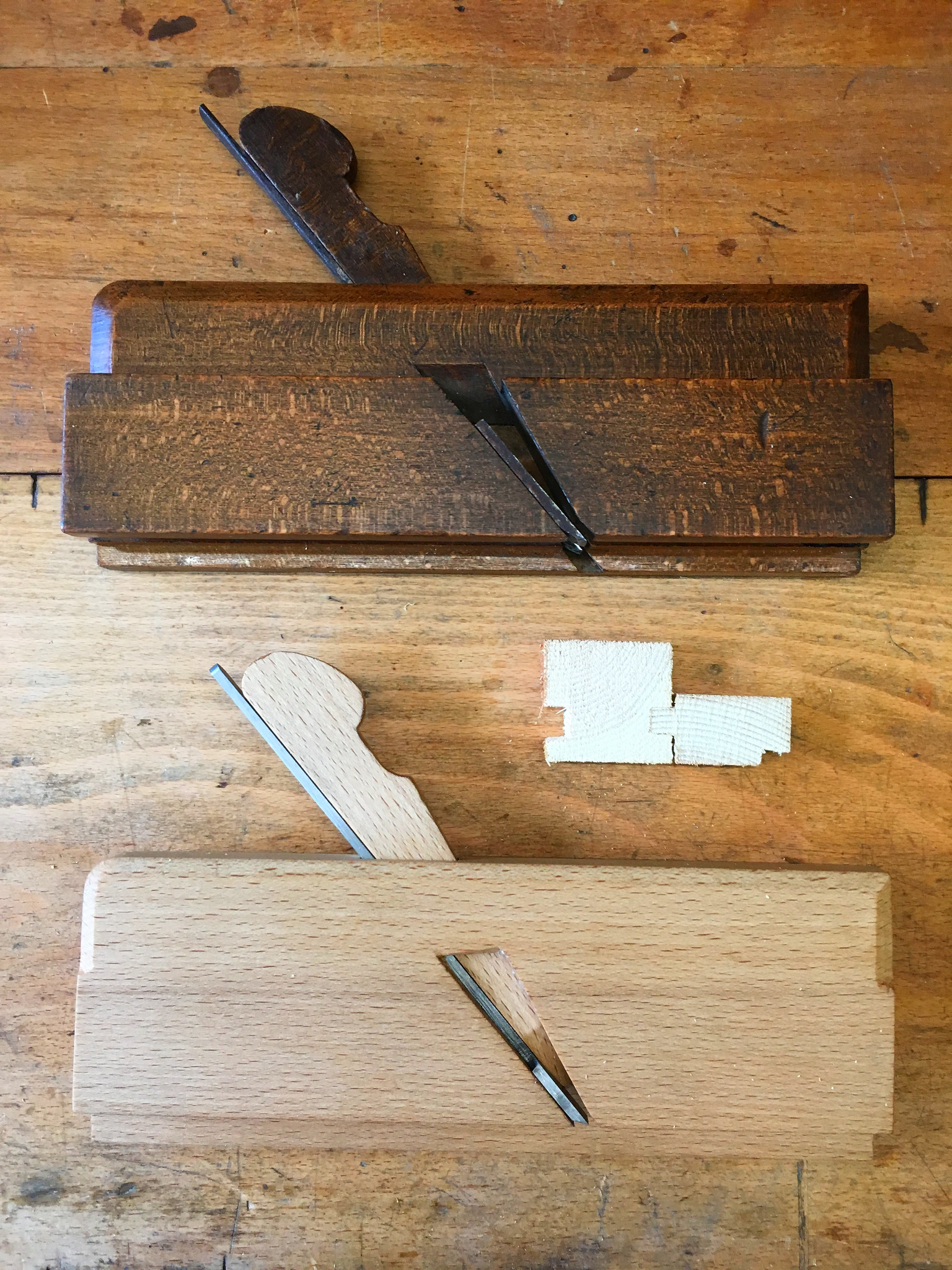 Toung and grove planes by Pete Maddex, on Flickr

I also had a look at a small fillister plane that I had problems with, turns out the fence was bent like a banana so I planed it flat and glued on a strip of box wood from an old yard rule, I pick up old rules as they are a good source of box wood.

When I plained off the graduations you could hear clicks as it cut the divisions off the rule, which was cool and the shavings had numbers on!

That's my first moulding plane! I might make some more, I have a set of virtually unused Heilds skew bladed rounds which could do with a set of hollows to match. 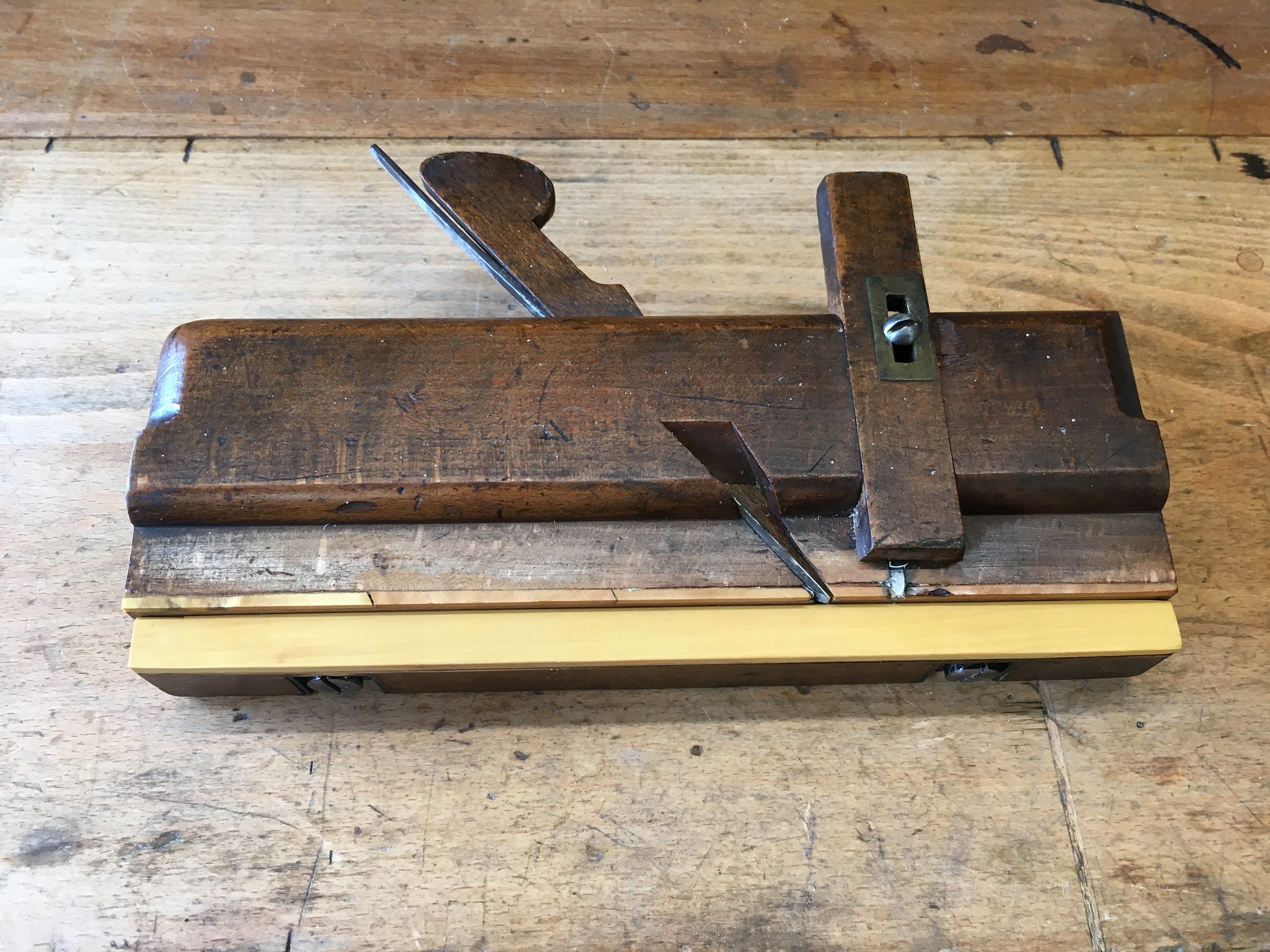 I even tidied my bench! :wink:

That looks like a "new old stock" survivor!
Very classy work, as ever. =D> =D>

Amazing what a good threat can achieve.