I have an old saw which I'm trying to identify. It's a skewback crosscut with 10tpi, 23" long. The usual warranted Superior medallion but there is still some etching (actually a decal) on the blade which is driving me crazy because I can make out some of it but not the makers name. The trademark is a Goats Head, and it says so underneath the picture of the goats head). Possibly also LONDON in Gothic letters. There is also an ampersand (&) alongside the picture so I assume the makers name will be someone & someone. There is the usual graffiti extolling the wonders of the saw and that's about all I can make out. I have Simon Barley's wonderful book, which has been a great help with other saws but has failed me on this one.

I wonder if anyone has a similar saw with a clearer etch ?

CT Skelton & Co used a goat's head as a trade mark - could that be the name you are thinking might be London?

Have you tried going over the etch with a indelible felt pen then fine wet and dry on a sanding block to bring out the etch? 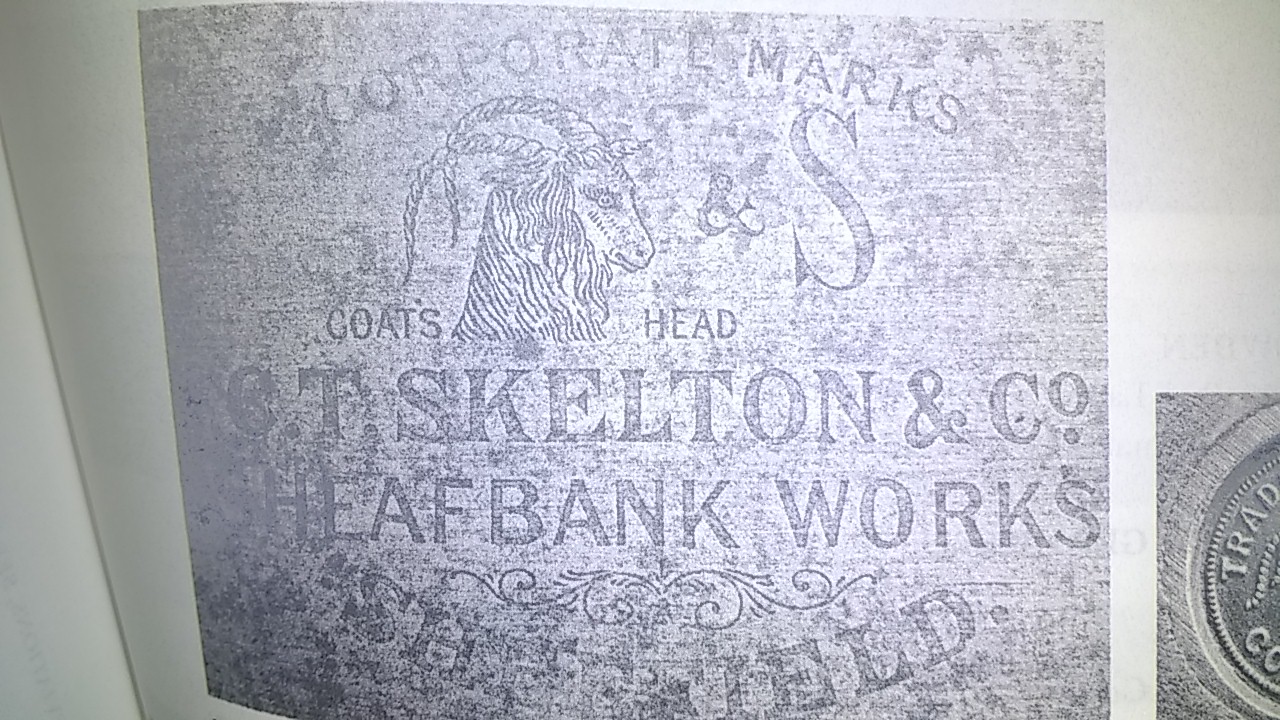 That's it !!! Thanks VM Andy, I don't know how I missed it having gone through the whole book twice. (note to self - get glasses)

Thanks to Pete as well - I'll remember that tip for any others I come across.
L