Apologies as this isn't a woodworking question as such... But with so many people so knowledgeable about wood here, I thought some might have some advice to offer.

I need timber for posts for wood shelters. Nothing fancy; it's all quite rough and ready with reclaimed materials where possible.

There's an old electricity pole lying in the garden which has probably been there around three years. I was thinking to cut it down into 4 pieces, and then split each of those length ways into four, giving me 16 posts. I think the post has remnants of creosote or some kind of tar stuff on it, but not much and I presume such treatment doesn't penetrate. So when (or if) I do manage to split it, what would be the best type of treatment to use on it?

I'll probably drive a section into the ground for stability, and presume that will need a separate or additional treatment due to ground contact. Any recommendations?

Obviously being a shelter, the posts will be under cover to a certain extent and should hopefully only get wet in very bad weather. But the longer they last the better.

Any suggestions, thoughts or opinions most welcome. Photos below. 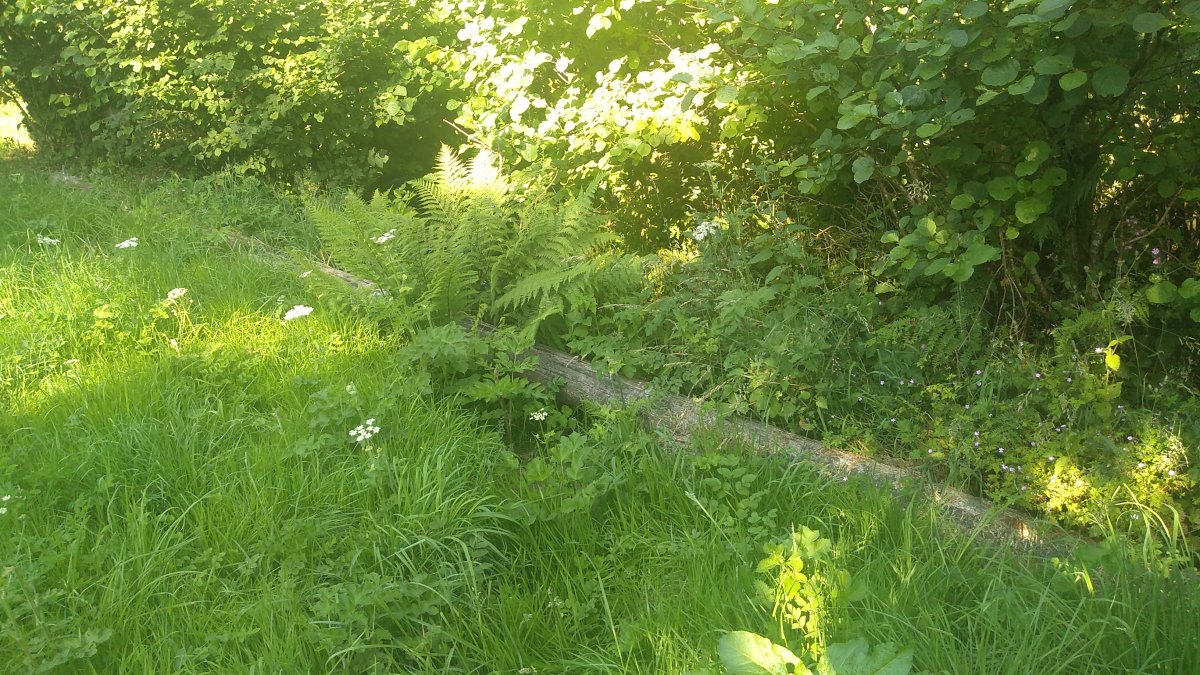 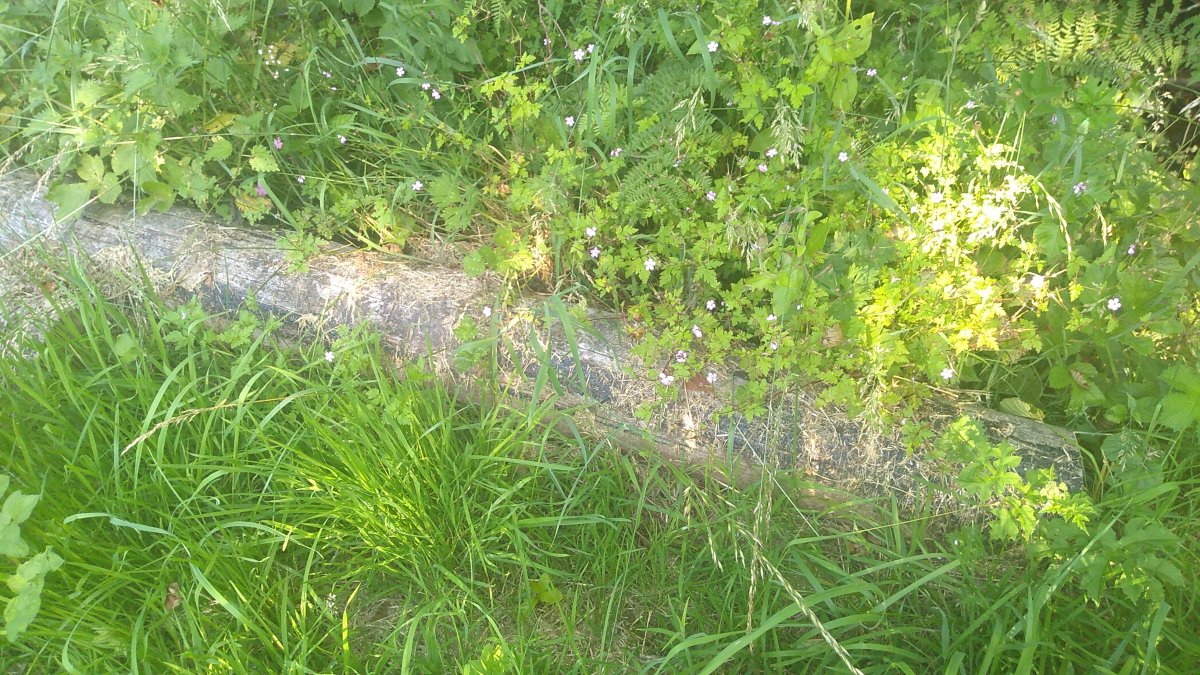 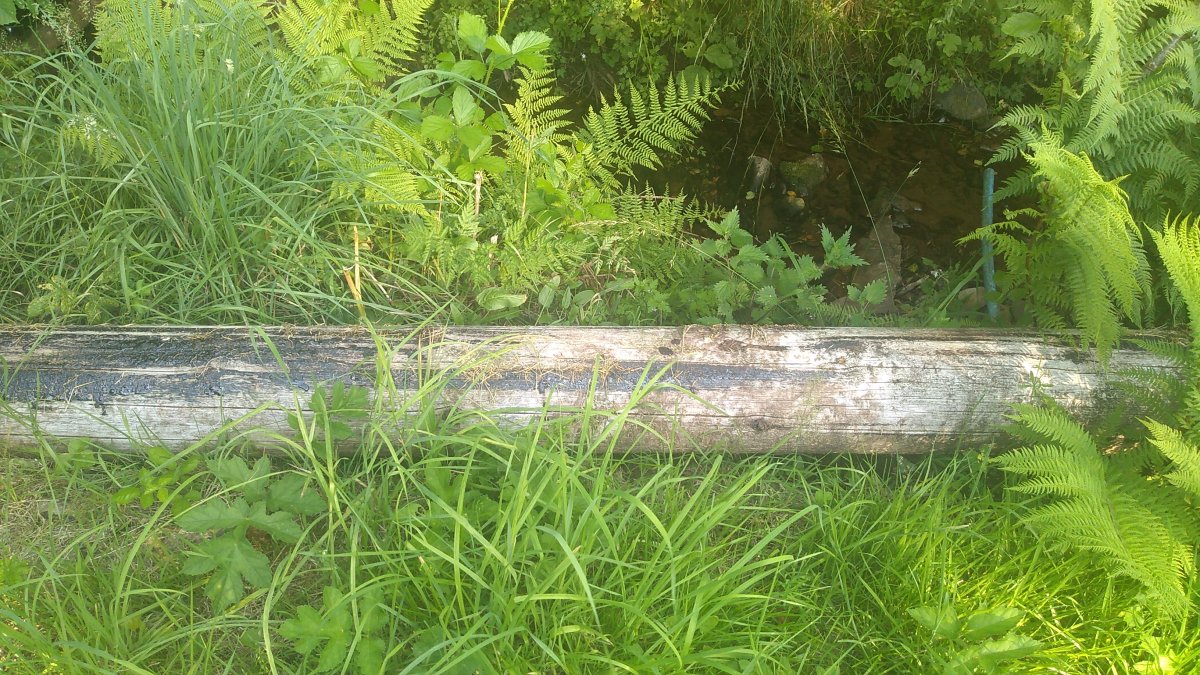 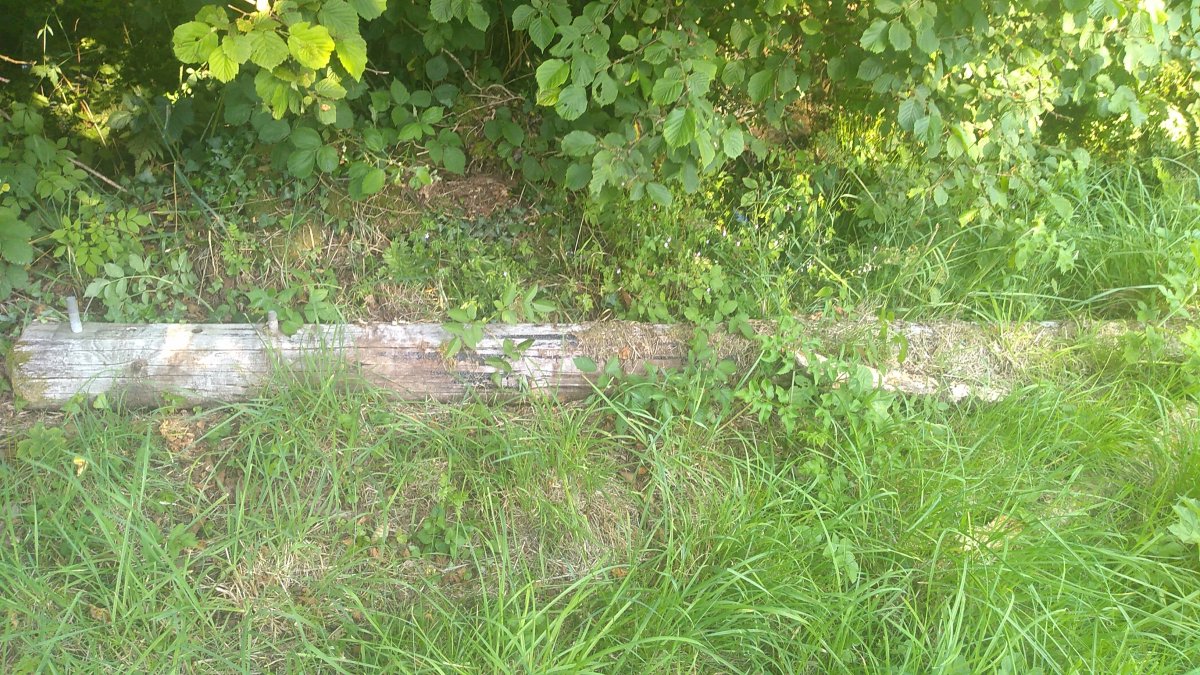 They are likely to be thoroughly impregnated with creosote - not popular now as it is toxic and carcinogenic. Don't burn any - not at all good for chimneys !
O

I guess it will depend on how sound the wood is inside and you will need to cut it to find out. I suppose it would be larch so reasonably durable to start with. As pointed out by Robert creosote is nasty stuff so mask up when you get the chainsaw out. You will be able to tell if its any good after docking the first bit. Poke the endgrain with a screwdriver to see if its good and solid. Give it a good look over for nails and things before cutting. As for treatment whatever is used on wood fencing would be my pick.
Regards
John
K

Telegraph poles are heavily pressure treated with creosote, we use a lot of them for boat jetties at our yacht club, often the centre rots out leaving the outer shell about three inches thick, takes about 40 years to do this mind!
Cutting them is a pain, there may not appear to be much much creosote in them but there will be & it clogs up chainsaw teeth.
I would use fence posts & save myself a world of aggravation.
R

Cut them to length and use as is or find something else. Even cutting them to length can be a horrid process although to be fair not all poles seem to have soaked up the same amount of preservative.
O

My dad used to cut them and split them to length to use them as posts on the farm, they last longer than new pressure treated posts.
S

I have chainsawed maybe 10 of these things over recent years. There were a few left on our property when we moved in, and the others we got from a neighbouring farm. It’s all overhead power round here and these date from the original delivery of power to the village. High quality and very deep creosoting. My wife likes to use them halved to edge garden borders and we have a big garden.
in my experience you won’t be able to split them in the original sense of splitting. So out with the chainsaw with a bar long enough to go right through. you obviously need to keep it off the ground to cut it down the middle, and I used 3 round logs under it so you can roll it along as you work.
It‘s horrid work, mask essential. and it’s quite challenging to keep to a straight line that’s truly perpendicular to give true halves. I started with a new chain, and found I needed to touch up the chain every couple of meters (and good quality still chain too). The results were quite pleasing to my wife. The cut sides of all of them are laid on the ground. And therefore invisible.
I would not be prepared to put them through any of my woodworking machines to convert them to posts tbough,

If its strait grained then the docked sections may be able to be split with wedges and save a lot of messy chemical loaded sawdust. 2 steel wedges to start things then a few wooden ones to keep the split going.
Splitting primitive boards - YouTube
Split wood is also stronger as the grain runs the whole length. The guys doing green woodworking should have more advice on this.
Regards
John
C

Orraloon said:
If its strait grained then the docked sections may be able to be split with wedges and save a lot of messy chemical loaded sawdust. 2 steel wedges to start things then a few wooden ones to keep the split going.
Splitting primitive boards - YouTube
Split wood is also stronger as the grain runs the whole length. The guys doing green woodworking should have more advice on this.
Regards
John
Click to expand...

And as Owen said as well, these should be exactly what you need as posts, but splitting is definitely the way to go in my opinion- you might not get four usable posts out of each bit though depending on the grain.
I used old ex GPO posts in my garden once and I’m convinced that one of the plants planted up against it didn’t do at all well because of the creosote, it’s amazing how much they managed to push into the grain of the timber – it was quite a revolutionary process when it first came out. Ian
S

Have you asked yourself why the pole was replaced in the first place, they don't just replace without a reason. Saying that many were replaced due to the treatments used, so could be ideal for your shelters. Chainsaw to length first, then use steel wedges along the length and keep going till it splits.
K

Thanks for the fantastic helpful replies and sorry for the late response.

I don’t use chainsaws, but managed to get through it with an “in need of attention” 2 and a half foot saw I have. Wasn’t too bad actually. I then used axe heads/wedges and a sledge hammer to split. Following which, I used a machete along the inside face to flatten it out so that the firewood will sit nicely against it. So along the same lines as the chap in the youtube video but with some variation. I should end up with 14 “posts” when done. The top section I’ve split into two rather than four – firstly because it was thinner (the original post tapers in), and secondly we wanted a couple of the posts to be more substantial.

Visually, the creosote only seemed to have penetrated about a quarter of the way. Perhaps it has got in further to a lesser extent, but the darkness certainly fades around a quarter in. As for rot, there is some in the bottom section but the rest is looking pretty good.

Lots of pictures below...

- Do you think it is still ok to use the pieces with rot?
- Should I look to use a preservative on the inside where there’s less (or no) creosote? Or should they be ok as is? The corrugated roof will overhang these posts by quite a way, so they’ll only ever get rain wet when it’s driving very hard.
- I’ll only drive them 20-30cm into the ground. Should I use something special to protect the sections that will be in the ground (again though, they’ll be undercover mostly)?


Spectric said:
Have you asked yourself why the pole was replaced in the first place, they don't just replace without a reason. Saying that many were replaced due to the treatments used
Click to expand...

I’m pretty sure the replacement post has creosote, but I’m not an expert. If it does, then that would rule out being changed due to treatment and I’d guess it was an age thing perhaps? PS - the side of each shelter will have a post at front, middle and back. So I could use the pieces with rot as middle posts so that they are right in the shelter and totally protected from rain.
K

Seeing as it's raining and the weekend, a cheeky bump in case anyone can offer some advice...

I would be using some kind of preservative on the bits going in the ground. I would also concrete them in as they are very shallow. A bag of quick set in each hole. Dry in less than an hour. The structure will need some diagonal bracing to resist windage.
Regards
John
You must log in or register to reply here.
Share:
Facebook Twitter Reddit Pinterest Tumblr WhatsApp Email Link