No doubt you have all been following the on going saga between myself and Amazon with regards the portable SSD, and the lack of updates coming from myself must of driven many of you close to the edge. It is understandable you feeling that way and all I can do is apologise most profusely.

As most (some, probably none) of you will recall the original posts ended with me expressing that I had never heard of a USB enclosure and someone reminded me of the fact they have apparently been with us since the 90's. Anyhow I digress, I done some google and YouTube research and purchased a drive and enclosure along with some 10GB leads. They all arrived on Saturday. I spent an hour setting them up and plugged them into the blue USB hole on my desktop and guess what? ................................... yep I got exactly the same speeds as the one I was sending back, The one that I was adamant was faulty (also dodgy serial number) I was getting speeds around 465MB/s. So I thought that the blue slot was not blue and the factory had messed up when making the motherboard and I put the USB into a normal USB slot and tested the speed again and got roughly 40MB/s.

Typical thinks I, once again I have purchased goods not good, broken goods, inferior goods, Friday afternoon goods etc etc etc. Now whilst doing my google and YouTube research on the subject the term "Thunderbolt" was mentioned a few times but seemed complicated so I started looking into if the drive (inside the USB enclosure) could be installed, by me, onto the motherboard. After a lot of searching, and indeed heartache, I finally found out the make and name of my motherboard, Z390 M Gaming-cf (means nothing to me) and went to the manufacturers website to see what information I could glean from them namely if I could install a 3rd drive (2nd SSD) on it. I still have absolutely no idea if I can or not so I decided to download the manual for it, who knew that motherboards had manuals? certainly not me.

I downloaded it and at the very beginning it showed a USB port that was RED and named it as a gen 2. I have never ever seen a red port on my desktop, that is until I looked, and there it was smiling up at me on the back, a lovely looking red USB port. Maybe just maybe if I tried plugging it into that what's the worse that could happen? Well the worse thing that could happen is I frazzle the drive and USB enclosure. Luckily that did not happen, what did happen was I got the speed I was expecting, in fact faster, So all the stress and such for one simple reason. I was plugging the USB into the wrong socket, blue instead of red. Oh well ...................... 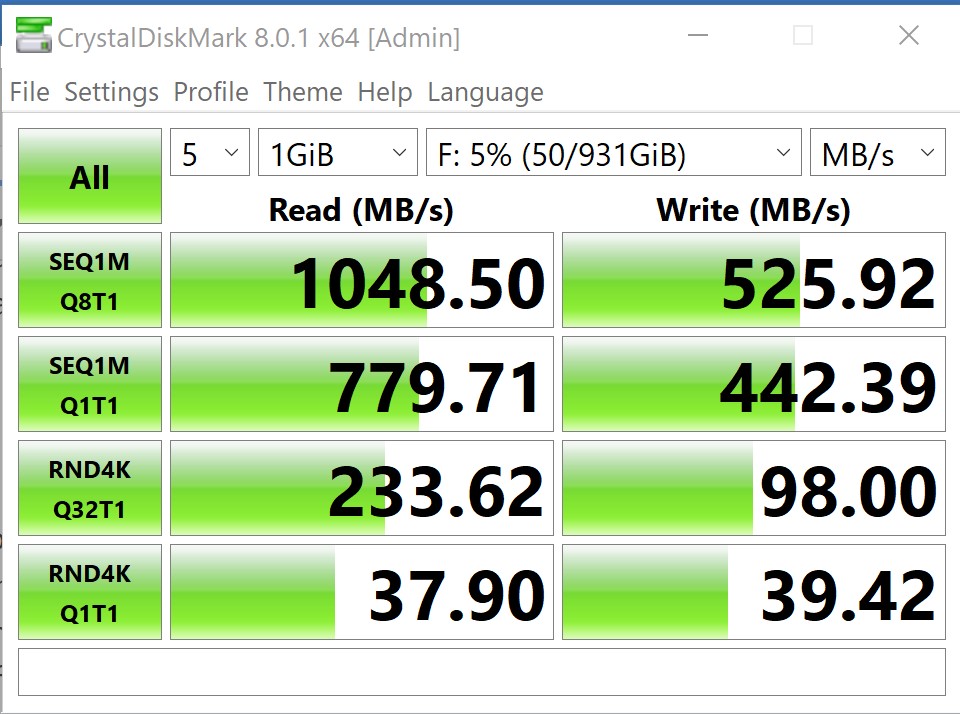 Good you found out, though.
We've probably all been there, albeit in different guises. Glad you persevered and solved it - by the time you get your next machine the shape, size and colours will all have changed - but at least you will know to keep digging

USB specs started off life being simple with just a choice of two connectors, now you have an ever growing range and just look at motherboard specs now, they need to reign them in and try standardising. I think it has become a race between the USB bus developers and USB products to see who can leave the other behind.
M