Slightly tongue-in-cheek, and apparently I don't have enough posts to put this in the For-Sale section, but there's a upcoming auction selling off the assets of a railway preservation group in Wales, with some rolling stock and serious machinery. Thought people would like to take a look - go on, you know it would look great on the front lawn. 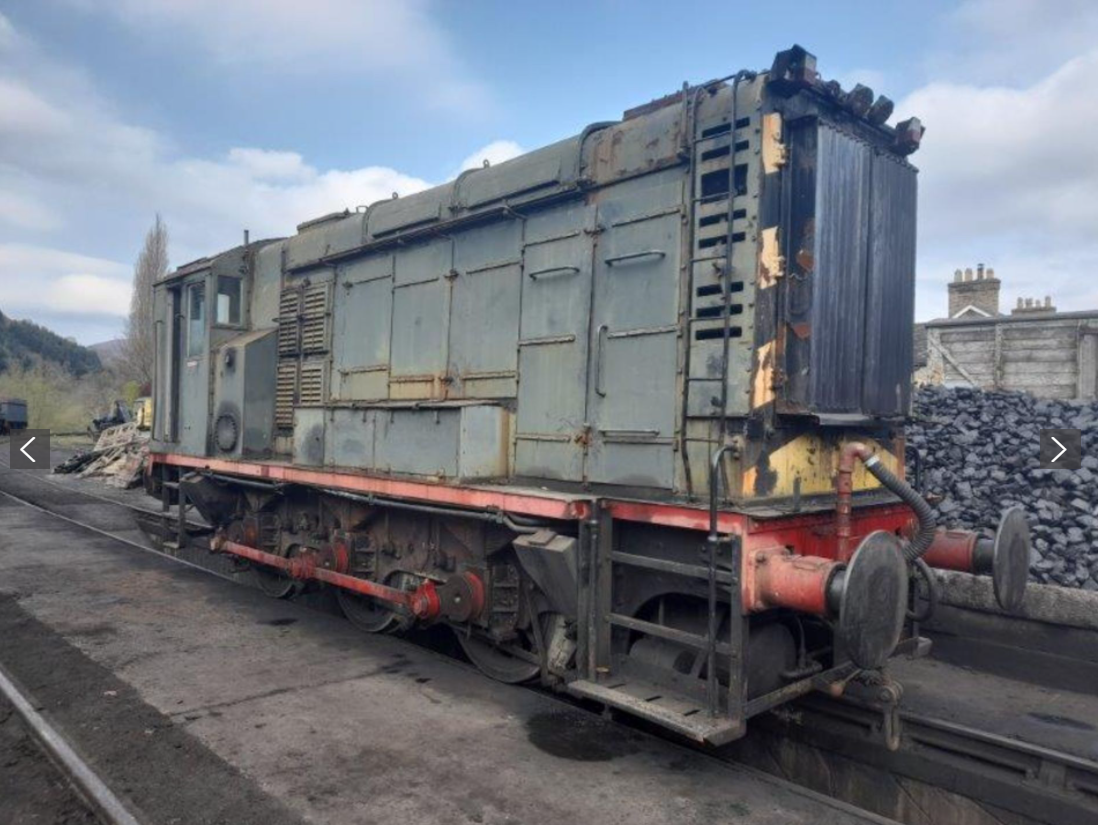 I want one of those.
T

Some ambitious starting prices. No idea on rolling stock but I do know a bit about machinery and they seem to be starting some things out at near to dealer prices. As is customary with auctioneers theres no mention of tooling - things like the SIP borer are essentially worthless if they dont have the tooling. If I had to pick one to keep it'd be the Huron
J

Not a railway buff, but this seems sad.
J

Sounds like they are selling surplus stock to raise cash today debts due to covid. Let's hope they have a bumper summer. Someone has done some clever management to secure the core business.

"Dean Smith & Grace 80-inch lathe for sale" Brings back memories.
My father was a turner there... a while back.

So sad when a Transit van is worth more than a DSG. Oh if only I could win the lottery
R

The trust is actually solvent with a positive balance sheet

the problem is due to the Plc:

"A number of significant engineering contract disputes, all of which arose in the years prior to the current board taking over in October 2020, have crystallised in the last few days. The claims against the company are compelling and are in excess of £250,000 in total. There is no prospect of meeting these liabilities, even over an extended period."

the trustees and directors are hoping to buy as much as they can from donations and get the line running again.

As a wee heads up, I know a man locally who has installed a train carriage in his front garden as an office. I've been invited to go and have a look, I sold him my treasured Queen Anne woodburner to fit in it but not got round there yet.
Obviously he's down a local lane and the land surrounding is fairly agricultural, it's not a terrace.
C

Thought I'd drop a brief update to this thread.

The auction raised substantially more than the auctioneers expected, which means the administrators of Llangollen Railway plc have sufficient funds to carry out their legal duties without further sales. Bidding for coaches was fierce, with most going to other heritage railways at prices considered high, but perhaps not so surprising given that the coaches were overhauled and well maintained, and most will go straight to revenue-earning service on their new railways - they won't have to be 'restored'.

There was some concern when the scrap-man bought the Cowans Sheldon 50-ton crane and the diesel shunter illustrated above, but deals were done; and the crane remains at Llangollen, and the shunter (formerly 'Davy', which worked most of it's life for ICI at Northwich) has a new home at Shakerstone on the Battlefield Line.

A 'friendly bidder' bought much of the machine shop equipment on behalf of the railway, including the DSG lathe, so most remains in place. Incidentally, the lathe was supplied new to the Great Western Railway at Swindon Works in the mid 1930s, and worked there until the works closed. It was bought at auction by someone who, by a roundabout route, brought it to Llangollen, where it has resided since. I've used it a few times; it's a heavy machine to operate, but still turns remarkably true given it's age.

The Llangollen Railway Trust is currently working towards re-opening the railway, which will have to happen in stages to allow some essential track and structure maintenance to take place. A small but very committed team of volunteers is currently beginning the task of sorting out the many problems left by previous management decisions; there has been something of a major change of personnel at management level. The future, however, looks much brighter. The first stage of reopening under the management of Llangollen Railway Trust Ltd, a short shuttle to Berwyn station by heritage DMU, is expected on July 9th, with the rest of the line reopening progressively as emergency works are completed over the next few months.

That’s great to hear we have stayed in Llangollen a couple of times in a rather nice log cabin and the railway is one of the better lines we have experienced as you point out some very enthusiastic volunteers-so great to see it survive and hopefully continue to develop.
K

That takes me back. I worked for ICI in the 1970s and I knew Davy well. My office looked out onto the sidings leading to the plant and Davy used to trundle past several times a day with wagons of limestone which we picked up from BR hauling at our railhead. I’ve ridden of Davys footplate quite a few times. I’m glad it’s not gone to the scrap yard.
You must log in or register to reply here.
Share:
Facebook Twitter Reddit Pinterest Tumblr WhatsApp Email Link