Did you buy any cheap tools that surprised you with being actually good?

An own-brand air nail gun from screwfix and 20 years ago, still going now albeit on a new compressor and a god knows what 150mm grinder from the local diy store at the same time , also still going strong . Neither would be any good for trade or even regular use but as a diy'er I've had more than my money's worth.
K

Lidl profix japanese pull saw, I bought two of the small ones about 5 years ago & they have lasted really well.
I had one at school & the kids loved it, compared to the usual school tenon saws it was a revelation to them!
J

Aldi/Lidl chisels, giveaway price of £2 each or less.

I haven't seen them in Lidl/Aldi for years. Lidl still do the pull saws but they are not the same.
H

An Erbauer Random Orbit Sander from Screwfix around eight years ago.
It was only supposed to be a stop gap between getting our Makita fixed but it’s outlasted that, two Flex sanders and another newer Erbauer, it’s indestructible despite being in use most days.
We’ve now got a blue Bosch and there’s a huge difference in noise and vibration so it’ll be our back up sander once again.

I tend to buy the plastic screw boxes, Stanley or Dewalt, with different compartments from Screwfix when there on offer I get all my screws from them too but only when they are on offer I use Dewalt drills and Makita nail gun got those on offer too but my jigsaw is a McPherson's cheap only was for one job but used it several times now still going ok brought my compressor from SGS off the net 50 ltr on offer for £125.00 use it all the time works great too
S

A pair of long nose pliers from Wilko that cost me a whopping £1.75. I don’t use them all that often, but every time I do they are great

This Bahco small socket set is amazing for the money. I use it all the time and it feels really well made. It was on Amazon for £18 until recently.

Shop the latest The Bahco 25 Piece 1/4" Socket Set is a handy 1/4in drive socket set complete with 12 sockets made from hardened chrome vanadium, a bit set with a dynamic drive profile and a quick-release ratchet. at Halfords UK

I was contemplating buying a small Wera socket and screwdriver set, about £70 if I remember correctly. Way too expensive IMHO. I ended up buying an equivalent set from Aldi for £14. Fantastic bit of kit. I use it virtually every single day and have done for a few years, absolutely perfect. I'll buy another, next time I see them.

Wet and Dry vac from Lidl with power take off. Excellent buy and used very frequently as a dust extractor.

I tend to steer clear of very cheap tools when I'm buying stuff but I have picked up some bits and pieces that were cheap and surprisingly good over the years, including:

A pair of budget 'Great Neck' chisels, horrible plastic handles and not very finely ground sides etc but perfect 'beater' tools with decent steel that take a good edge and I'm not afraid to use them to remove paint and glue from wood etc!

Beech mallets from Homebase- cheap as chips and with a bit of reshaping, sanding and some BLO you get a nice woodworking tool that will last a lifetime.

6 inch bench grinder from Aldi/ Lidl- nearly 20 years old, bought secondhand and still with original stones, once it was properly balanced and trued it gave and continues to give fantastic performance for everyday rough grinding and shaping.

Block planes from Stanley (made in Mexico)- needed a lot of fettling to get them right but now ideal for rougher work away from the bench.

Cheap pozi screwdrivers from Lidl have proven to be pretty good quality and hard wearing.

I have bough cheap punches and striking tools to re purpose for special jobs- most often the steel is ok and I don't feel so bad about taking the grinder to them.

Best bargains of all though are old tools that can be bought cheap, if you're lucky, nothing beats quality old steel!
T

Though Jacob and David may think otherwise, this is an informative and enjoyable thread.

The simple fact is, remove woodworking forums, blogs, YouTube videos, and most of us would not if what we’ve done for years, is right or wrong. Also, we would not know if the tool we are using is the right one or one that will get us banned from looking at the LN, TFFW or LV websites.

I bought a cheap pair of pliers 45 years ago. They are still may favourite general purpose pliers. They fit my hand perfectly, nice grip. They have slackened off slightly, but still work well. Made in the USSR.
I have two small nailers from AldiLiddle which lasted years. They did eventually fail, but I managed to fix both of them, They were about £25.
My B&Q small angle grinders, I got two of them half price, they have been great.
A small socket set from AldiLiddle have been great, Really nice ratchet action.
R

MichaelChou said:
This Bahco small socket set is amazing for the money. I use it all the time and it feels really well made. It was on Amazon for £18 until recently.

Shop the latest The Bahco 25 Piece 1/4" Socket Set is a handy 1/4in drive socket set complete with 12 sockets made from hardened chrome vanadium, a bit set with a dynamic drive profile and a quick-release ratchet. at Halfords UK

I have a similar Bahco 3/8" socket set and it's been bullet proof. It's been used for some fairly difficult bolts on the car to the extent of having a 2 foot bar slipped over the handle and then been kicked. It just keeps going.

There are very few power tools I have purchased new. However, the second hand ones I go for are Festool and Elu. I also have a Mirka Ceros sander, also second hand. Purchased carefully, it is possible to get high quality tools for 1/3 of the new price. For example, 15 years ago I purchased a used Festo sander, the forerunner of the Festool 150/3, which was already 10 years old. And it is still going strong. The same can be said for the Elu 177e and MOF 97 and MOF98. I have just sold a Makita 4300BV jigsaw which I purchased 20 years ago. This is built like a tank and in good condition. I replaced it with a Festool Trion for less than a 1/3, in excellent condition. The old Makita lacked dust control, which the Festool has in spades.

One of the great bargains of power tools is this little router which all recognise as the Katsu (it goes under a few names) ... 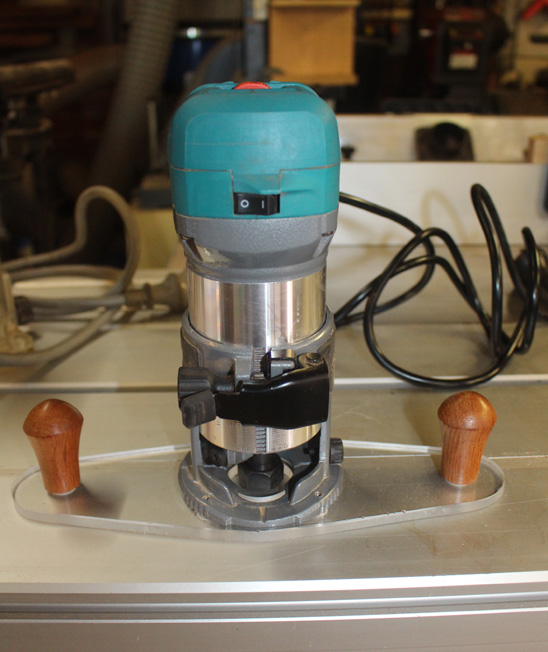 I have the Makita trim router upon which it is copied (also purchased used), however the copy was so cheap that one can not argue with a new one of these. It works as well as the Makita once the collet was replaced. I do not expect it to last as well, as I doubt that the bearings are in the same class.

Used Elu routers must be the bargain of the century. I purchased a 177e new in 1990 (so it is now 32 years old), and it was not cheap - same price as a the large Festool 2000 router at that time. The Elu just was nicer to use. A few years ago I purchased another on eBay (UK) for very little, and it now powers my router table.

Two cheap great tools for the router table: MuscleChuck (above table bit changing) and Router Raizer (a LOT cheaper than a router lift) .. 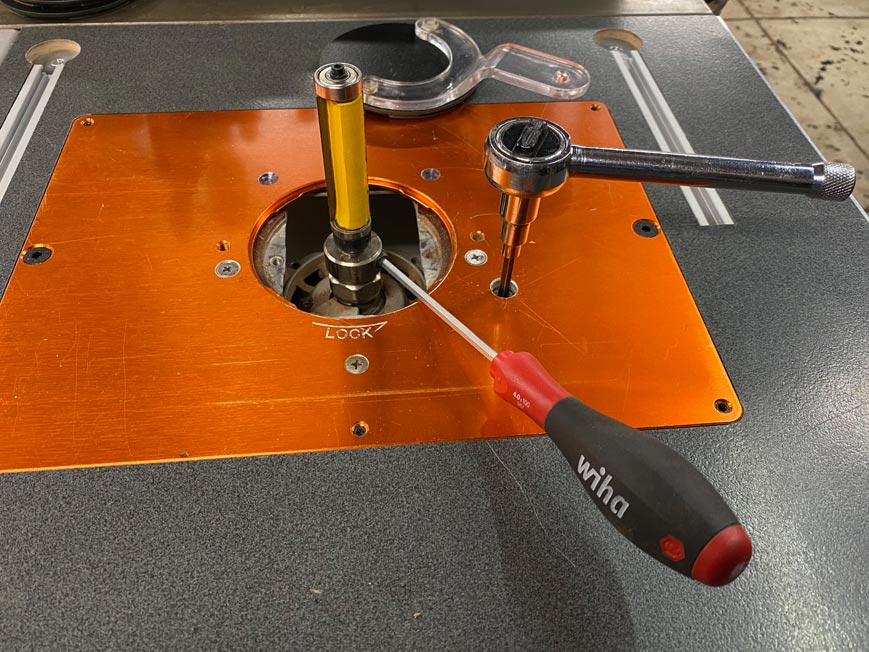 Build your own router table and router fence: http://www.inthewoodshop.com/Powered Tools and Machinery/RouterTableAdventure.html

Yes, another cheap way to get quality tools is to make them yourself!

I have made many saws, mallets, cutting gauges, hand planes, and the like.

Balanced against these savings are expensive, premium equipment, where I did not skimp. I would happily have purchased these second hand as well, but they rarely come up for sale in my neck of the woods. Fortunately I have a supportive wife.

Aldi/Lidl chisels, giveaway price of £2 each or less.

I haven't seen them in Lidl/Aldi for years. Lidl still do the pull saws but they are not the same.
Click to expand...

I think I got the Lidl chisels last time they sold them which I think was about 2016. I haven’t seen them since. Same with the pull saw which I’ve abused so it’s seen better days.

The chisels are great though.

T
Talking myself out of buying premium tools
5 6 7

Gosh. Things have changed since I last did "proper woodwork".