Another interesting project. It's interesting as to why the Romans seem to use a high bed angle, (above 50°) as high angle planes are much harder to push, at least the small coffin smoother that I made is. I ended up putting a rear tote on it.

Nigel has pointed out something that I feel a lot of people seem to miss. We (used loosely) use quite high benches in the modern world and therefor see tools through that perspective. People have commented on the handle poistion/angle and size on nearly all of Richards recreations and even the comment on the iron length. We have to remember that the Romans did not use our style of bench, they tended to use the low bench which is roughly knee height and most planing tasks are done sitting on the bench. You would therefore have a lot more impetus to the push of the plane
R

Thanks Nigel and Droogs. I think it is very instructive to try these Roman planes on a lower bench than we commonly use and experience the feel of their handles. Those planes that have survived, at least in Northern Europe, have significant non-wooden components e.g. iron, bronze, bone, horn and ivory. I think they were mostly expensive tools intended for high quality work on hardwoods, where a high iron angle can be an advantage in dealing with difficult grain. Wood does not last well underground except under unusual circumstances and I think that has skewed what has come down to us, rather as if an archaeologist in the distant future investigating 19th and 20th century remains only found the relics of Spiers, Norris and Bailey style planes, and no wooden ones. I feel that the Romans would have had many wooden planes to do the majority of their woodwork, e.g. I imagine a Roman equivalent of our common 17" wooden jack plane but with a horizontal rear handle carved out of the body rather than a separately fitted handle or tote. I would be very pleased to discover that such a plane existed and make a reproduction.
I

Yes, I think you are on the money there, rxh. A plane is just an adze with a nose, essentially, and that seems to be a very ancient tool which morphed from having stone blades to metal blades (and survived with stone blades in cultures without metal-working technology well into "modern" times). It seems probable that the birth of planes as we know them would date back to around the time when suitable metal blades became available, not only for the planes themselves, but for working the wooden body. You have to ask, when would the added accuracy & refinement of a plane become necessary? The common folks of the times certainly didn't buy Georgian style furniture - stools & benches can easily be made with a hatchet. Perhaps one of the most sophisticated gadgets that needed refined tools was the war-chariot? Man's predisposition for aggression seems to have been a major driving force of technology!

I'd guess the first planes were pretty crude things, but those Roman era examples are highly sophisticated tools that didn't evolve to that high standard overnight! Some day when you have too much time on your hands ( ), you should consider how you might make a "first-ever plane" from scratch using only the sorts of tools that might have been available at the time. That, I think, would interest those archeologists who do take an interest in 'how it was done'. There are a couple of chaps who've become very accomplished flint-knappers, it seems. Not something that appeals to me - O1 is about as 'primitive' a blade material as I'm prepared to use.....

I have completed the small one and I found that it worked well as a scrub plane, as I thought it would do owing to the cambered iron and the fairly wide mouth. 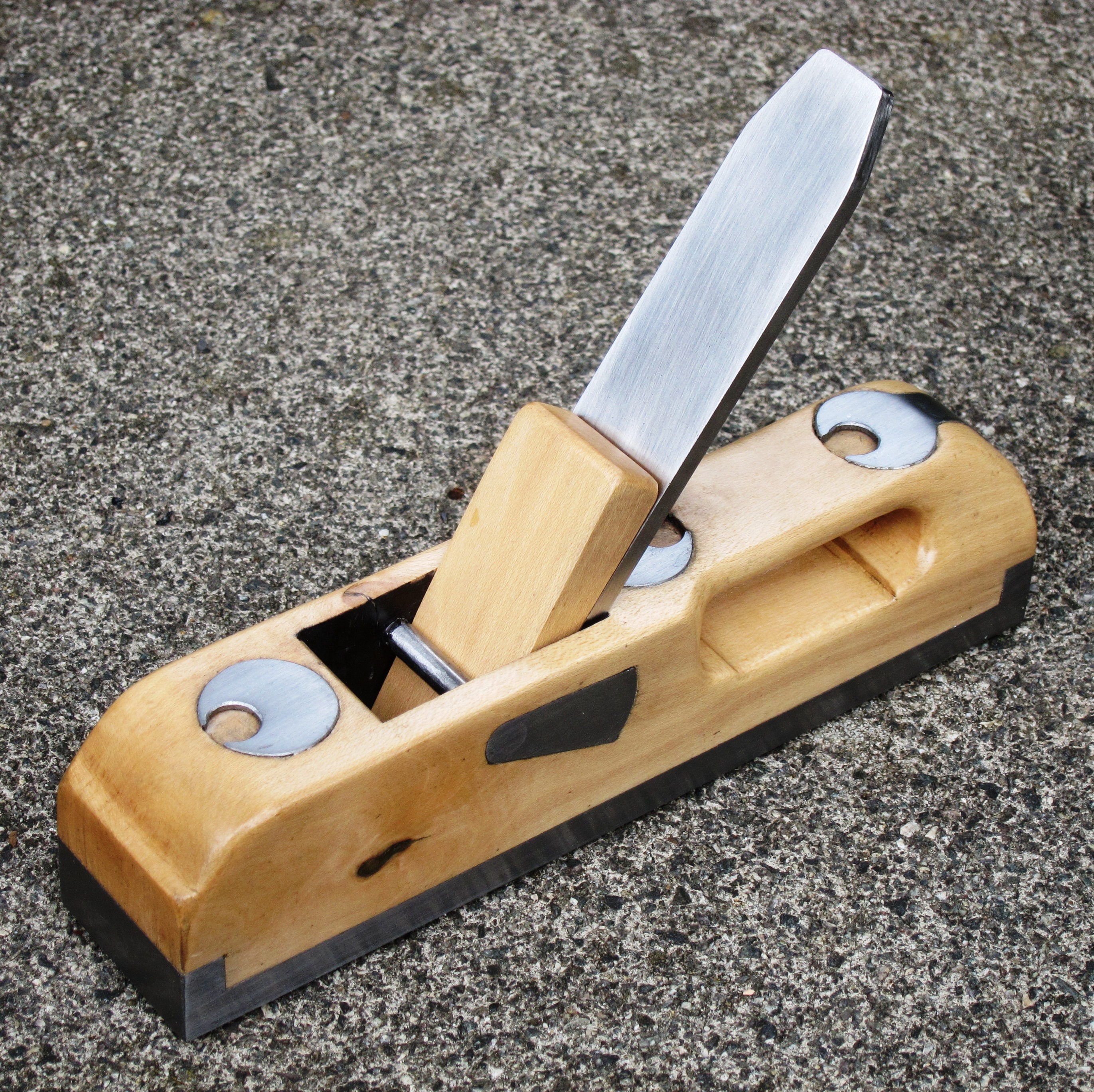 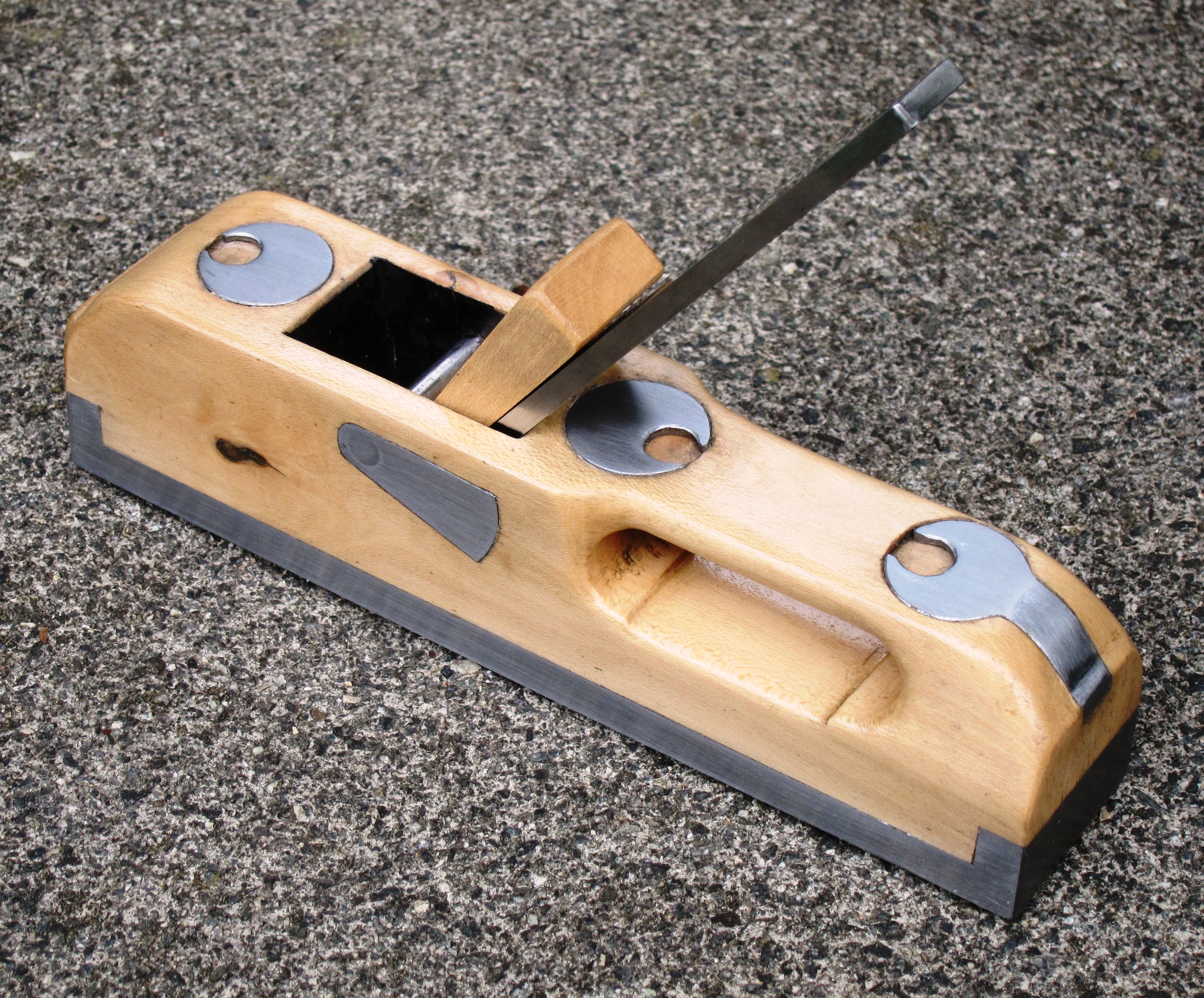 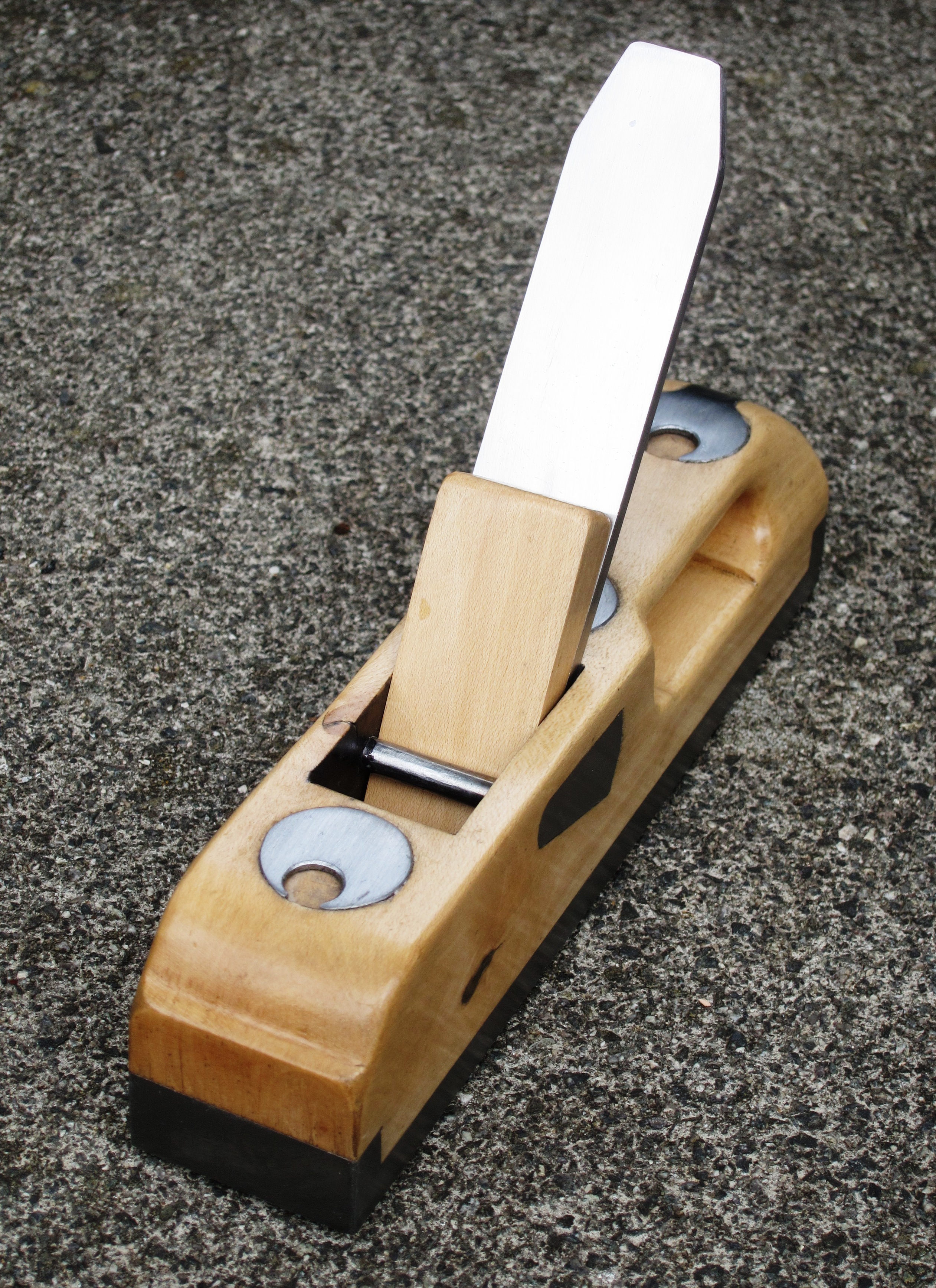 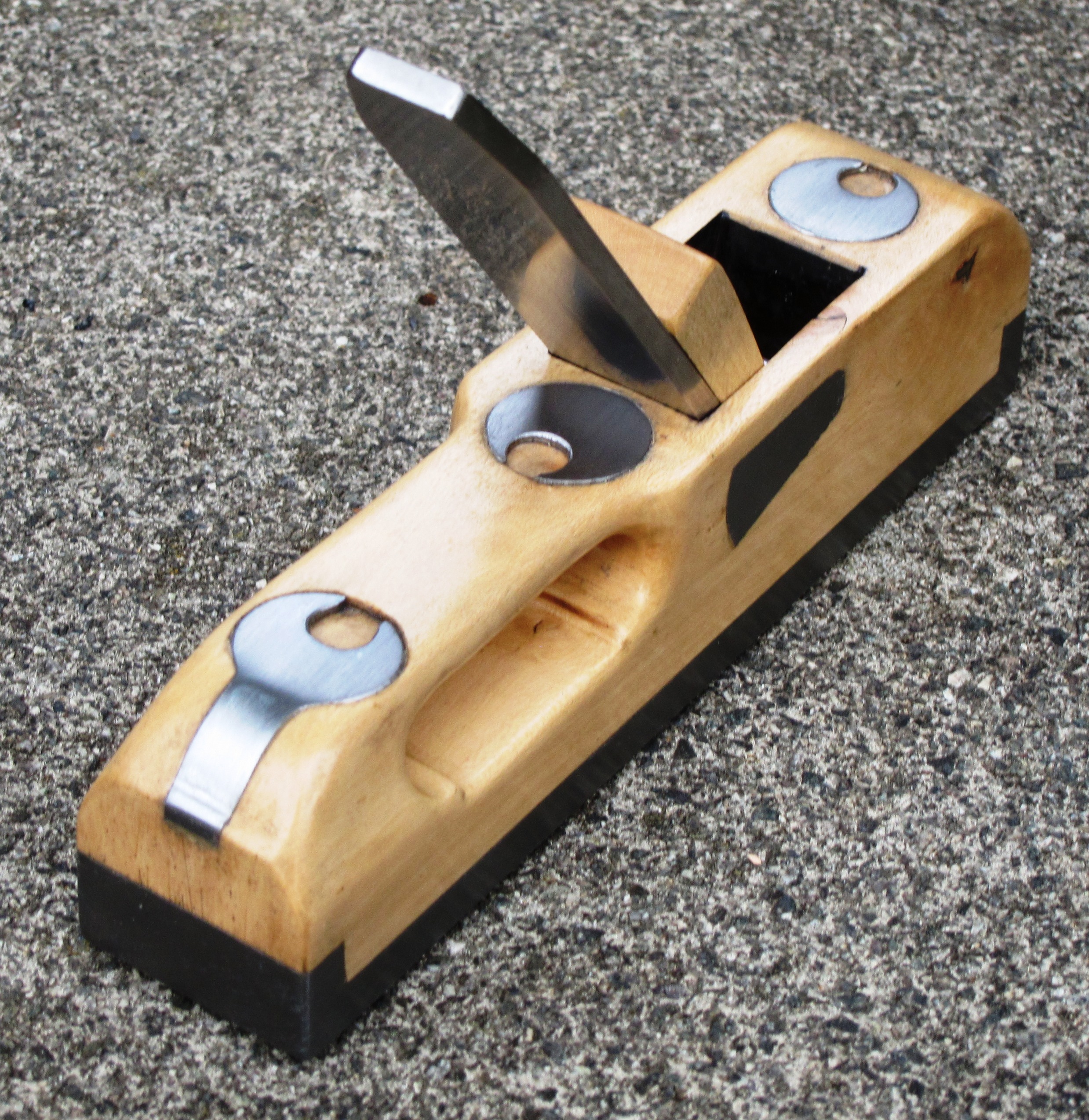 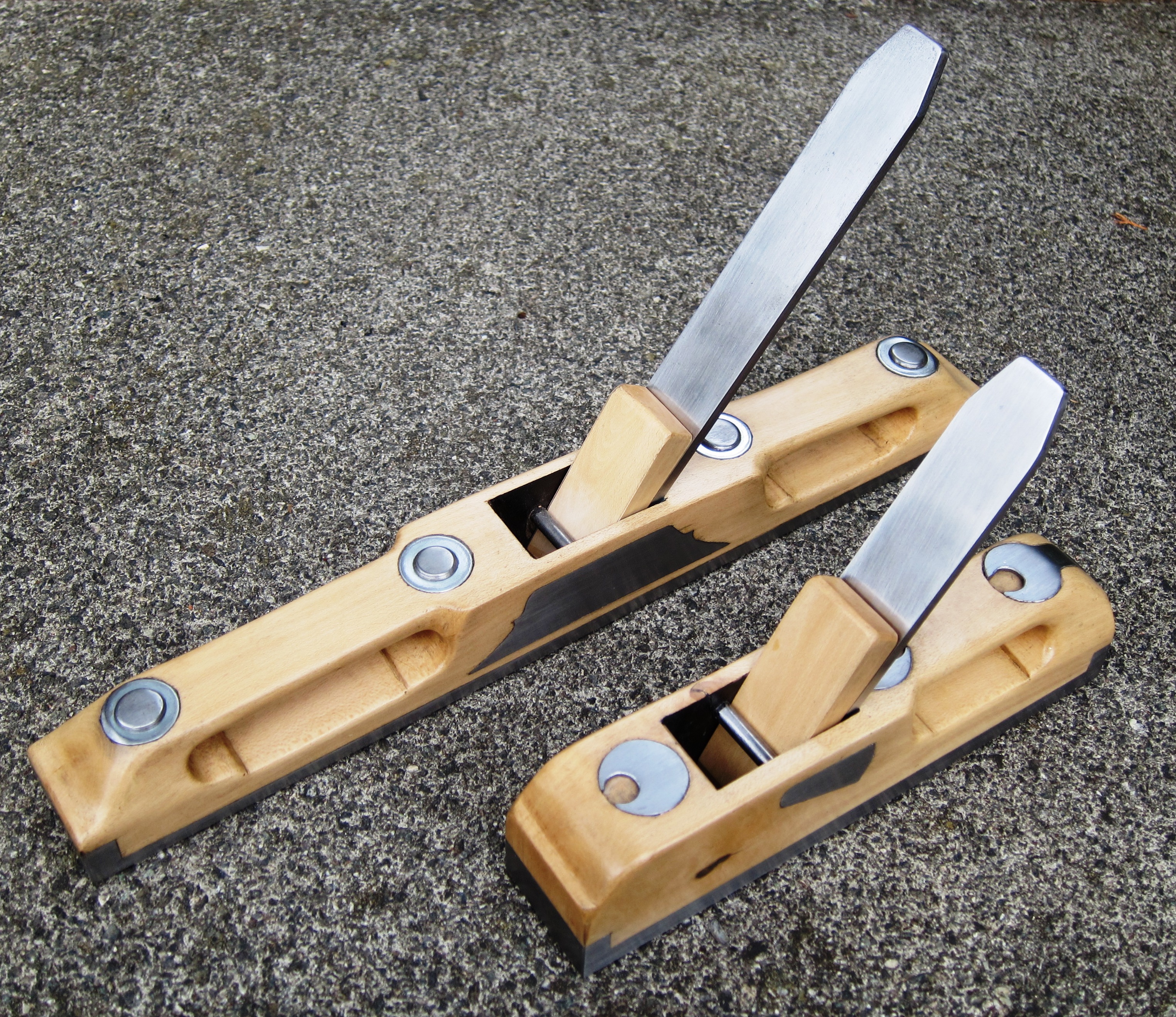 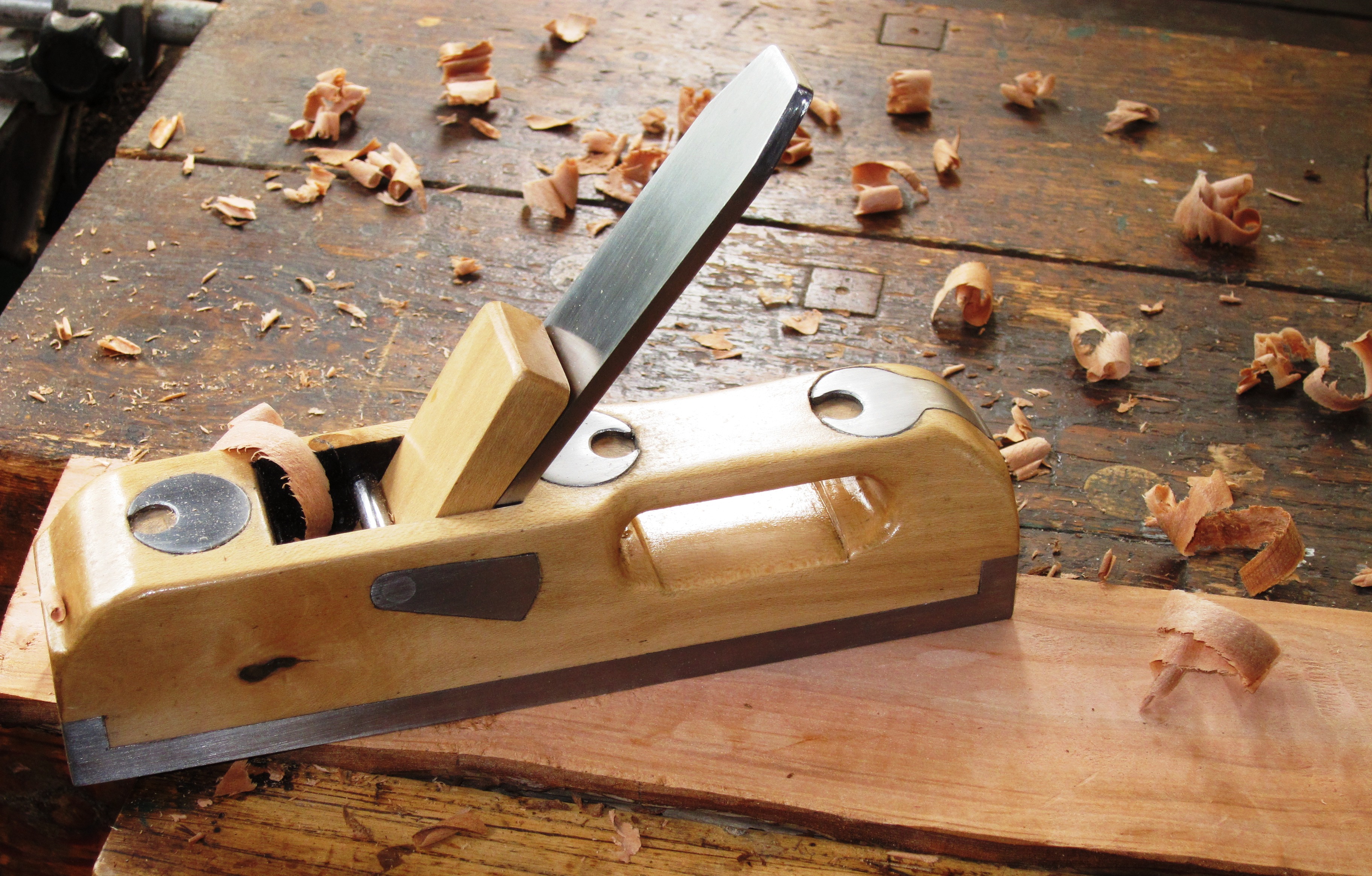 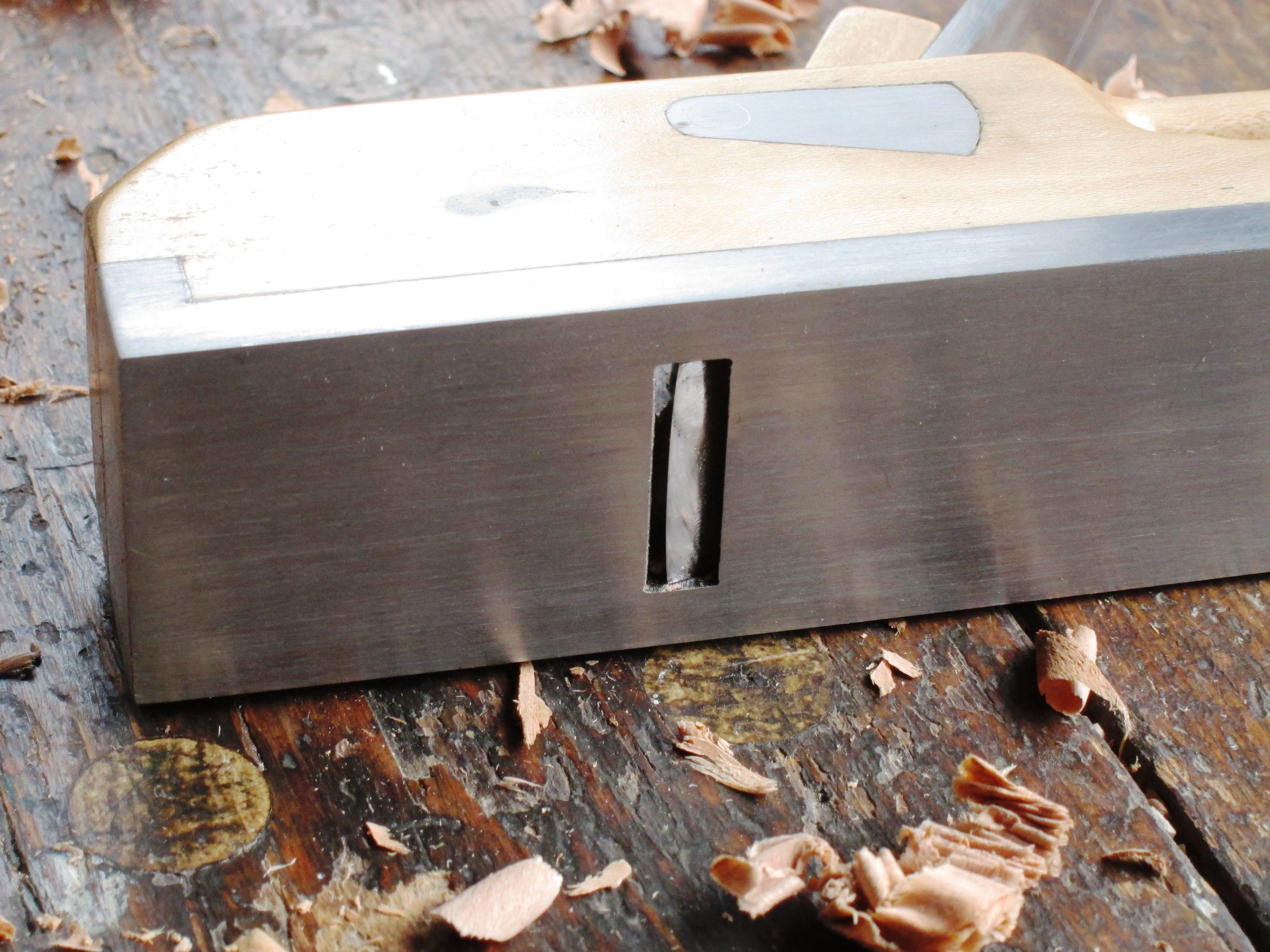 A thing of great beauty to my eyes. Ian

So that's where my bicycle wrench went.

Nice work exploring the past.

So how are they on a low bench?

Do you get much chatter with that iron Richard?
R

Inspector said:
So that's where my bicycle wrench went.

Nice work exploring the past.

Thanks Pete. The weird rivets were a bit of a challenge to make 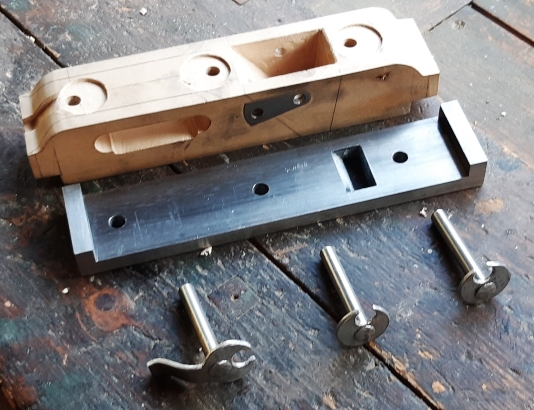 We know that from bitter experience, If you haven't got some high degree from a red brick university, They think you are something that is on the bottom of their shoes. Especially if you challenge their established viewpoint
R

Droogs said:
So how are they on a low bench?
Click to expand...

I need to make a Roman low bench to find out
Based on trying some of my other Roman plane reproductions on low benches I think they will work well on one.

rxh said:
I need to make a Roman low bench to find out
Based on trying some of my other Roman plane reproductions on low benches I think they will work well on one.
Click to expand...

Not got one in the back of your motor then?

Bm101 said:
Do you get much chatter with that iron Richard?
Click to expand...

toolsntat said:
Not got one in the back of your motor then?

Sadly no, Andy. Only a Golf these days. The estate car with roof rack had to go

triker64 said:
You might find this very interesting
The Ancient Roman Plane Of Yorkshire Wolds a iron and ivory plane found in Yorkshire
Click to expand...

Thanks Triker64, I was aware of that one and I have made a reproduction of it as described in the following post:

Some readers may remember posts about my reproductions of the Silchester and Sarre ancient planes. I thought it was time to make another one: the Roman plane found at Goodmanham, Yorkshire in 2000 at the site of a Roman-British village dating from 1st to 5th centuries AD. The following link...

www.ukworkshop.co.uk
It is one of the few Roman planes found in Britain and I hope to see the original one day. 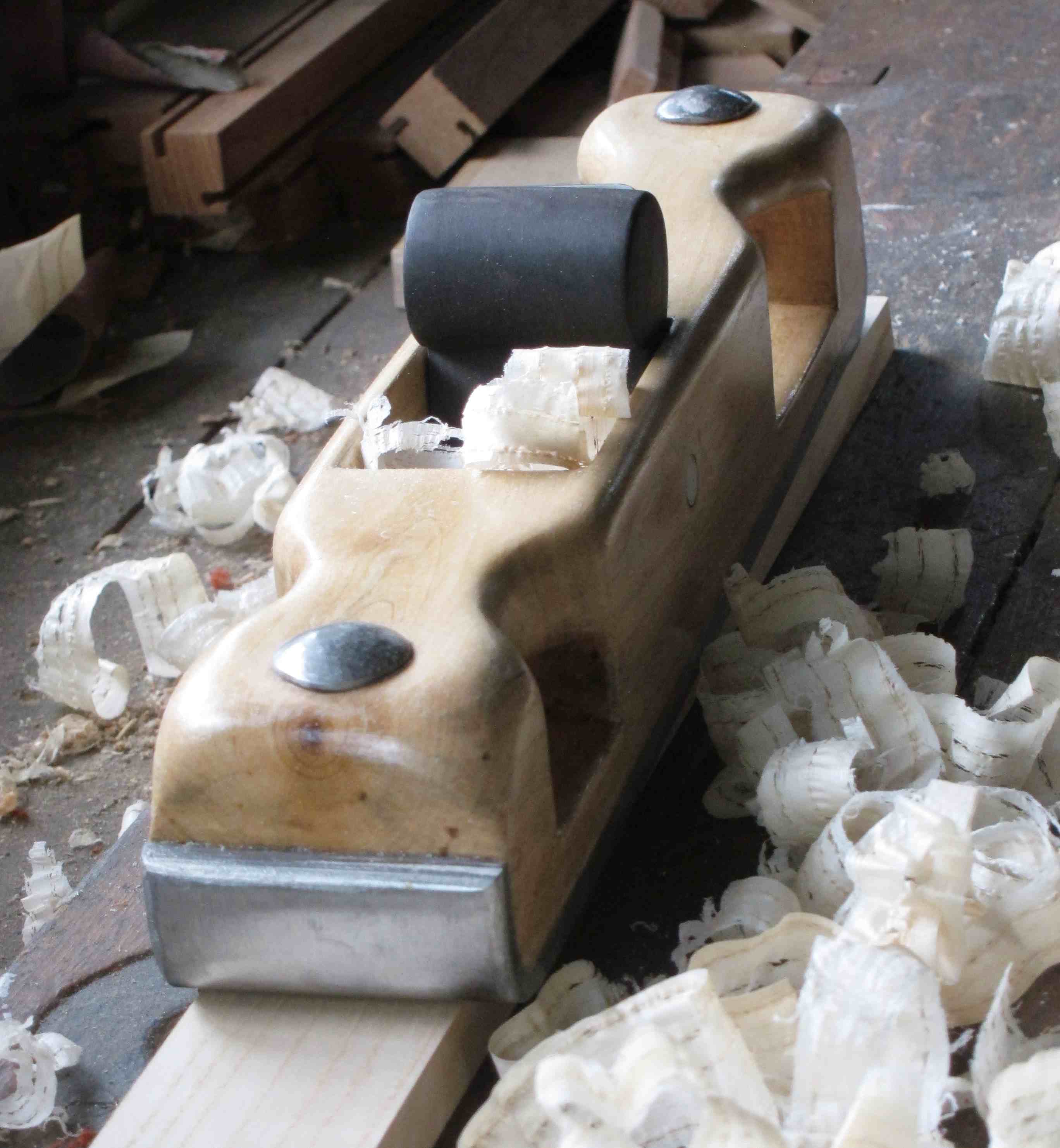