D3 or D4 glue for Outdoors

Hi, was wondering for outdoor projects like chairs and tables and stuff, is D4 type glue necessary?
I have almost a litre of Everbuild 502 D3 glue which I want to use up, but don’t want to end up with failed joints if its not suitable for outside. It says its weatherproof but not waterproof.
E

Can you arrange it so that the glue isn't doing all the work, for example with drawbored dowels?

I have built very little for outdoors, but I made a stand for the tomato growbag that was glued up with Titebond 2 and used drawbored tenons. It's out in all weathers and probably six or seven years old now, with no sign of failure, although the adjustable metal feet had to be replaced last year because they rusted. That was partly because the posts have such large shakes in them (as built) that rainwater could get to unprotected bits of the foot assembly. The feet were fine, but the threaded inserts weren't.
R

I would choose a PU glue for external use.

I seem to remember being told the difference in spec is the boil time test, between D3 and D4 glue

For a home project its not worth the risk.

I would go for PU, there is something about the fact it takes a week for the black marks it leaves on my hands to wear off that makes me think it sticks stuff together well #-o

Outdoors, D4 every time.
Toolstation now do a D4 hybrid that looks like PVA rather than honey and it's not very expensive.
W

Everbuild D4 for everything in my workshop.

If you are buying more than 1 litre of Everbuild D4, then this website is great value... £4.20 per litre.
Delivery is £5 or £6, so it's only better value than toolstation if you buy more than one bottle.

I saw that link somewhere else and when I tried to find it on their site I couldn't. I need some 12mm glue sticks soon so try to watch their special offers.
O

I'm reading technical data of the Everbuild D4 adhesive it says not suitable for load bearing applications. It doesn’t say that on their D3 glue.

This outdoor chair was made 4 years ago; glue was D4 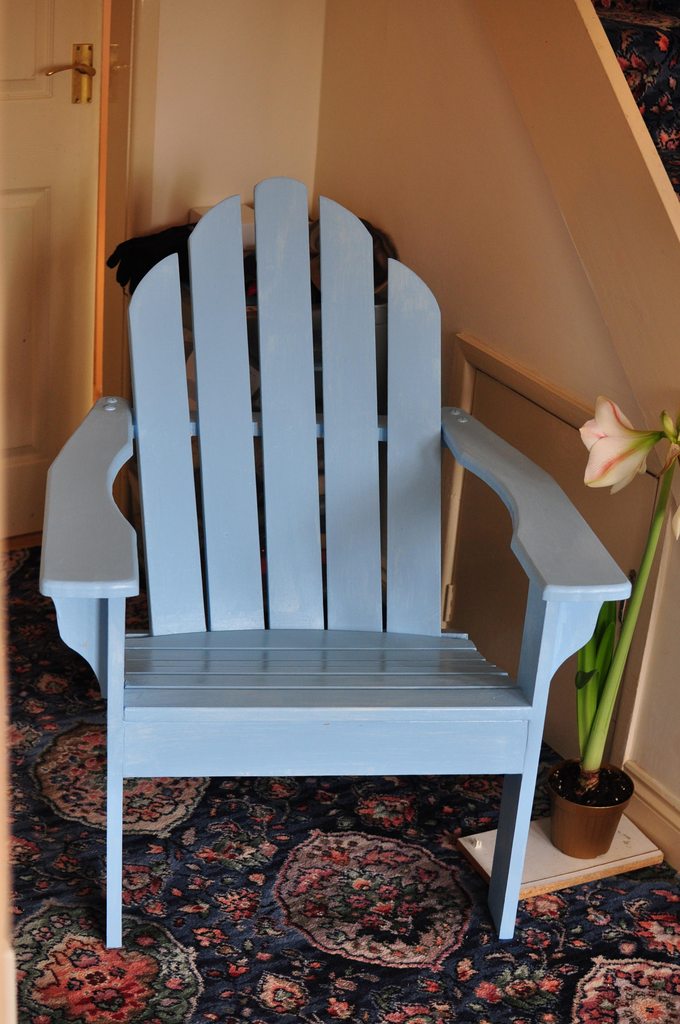 Used often and still as strong as day one

@Cordy
That chair looks well protected by the paint I would not worry about waterproof glue in that situation. tbh
W

will1983":2qzs8u1x said:
Everbuild D4 for everything in my workshop.

Yep, fantastic stuff. I use it for just about everything (inc exterior work, but not boat building or similar) but you're paying over the odds for it; I can buy it locally for less than a fiver - Rob