I use a grinder, not a secret, right? Having looked at some pictures and then getting a request elsewhere to take a picture of a CBN ground edge, I found something fairly interesting. One of the comments you get re: using a power grinder is how much they chew up an edge. It's just "common sense" - they are low grit, and under power, and you need gentle hands, right?

Well, the whole edge finishing with a buffer is kind of proof that this isn't accurate (you can't take the same abrasive and match what the buffer can do with it).

So, I took two pictures today - first - 6" grinder, broken in CBN wheel (cutting at about 1/5th the speed it did new, but it seems to stay there). Carbon steel around 62 hardness: (ignore the reflection - the grind is very bright looking) - hiding under the ghost of a reflection is a long foil being pulled off and you have to hone off a couple of thousandths of edge after the grinder to get rd of the damage left behind (nobody with touch hones the edge off, but it may happen from time to time) 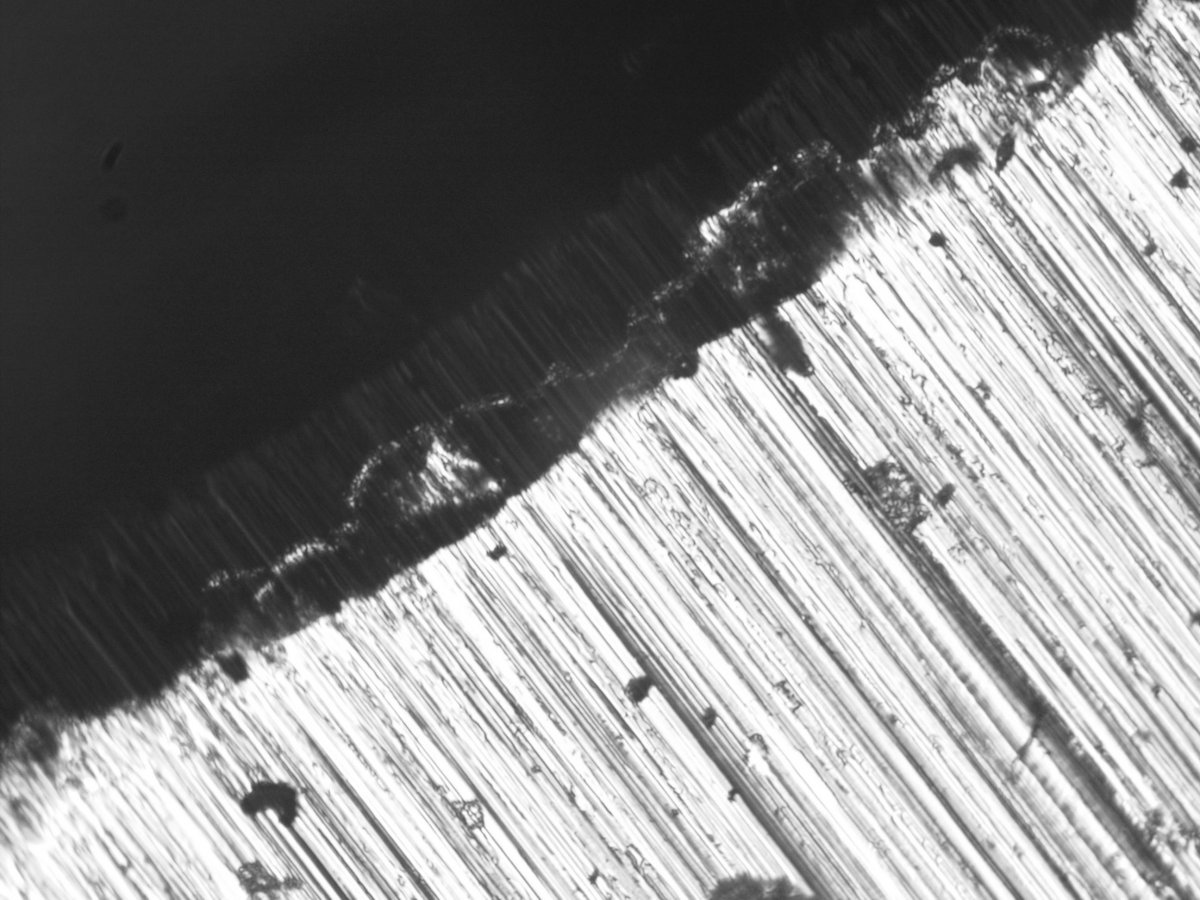 I don't often use this wheel now - I've mostly worn it out when it comes to doing anything more than light bevel touch ups, and ignoring the poor advice that's given to beginners (at least for terminal purposes - you can't be a beginner forever), I have two very high power high speed 8" grinders, and added a 24 grit gray wheel to one. 24 grit wheels are a little friable even when they're hard, but a T dresser is very cheap. This grinder at double the speed with an inexpensive tool room wheel will grind faster and cooler than CBN. If it's allowed to glaze, things can get ugly, but you have eyes and hands and don't have to tolerate that. It doesn't glaze easily like a finer grit wheel, though. 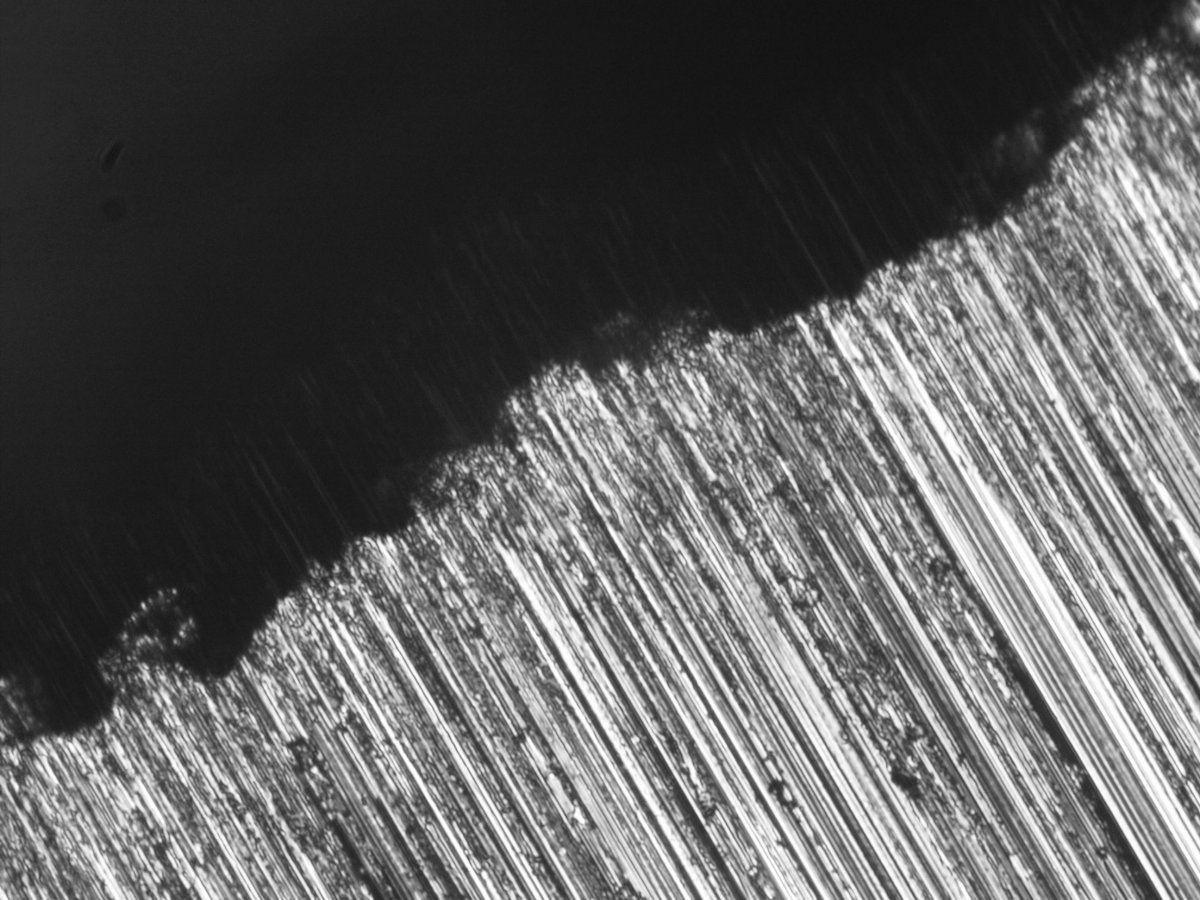 The abrasive cuts a little differently and the foil is more scattered. It's not any worse than a broken in 80 grit CBN wheel (the CBN wheel at 80 grit when new would've been deeper and coarser than above, but they don't stay like that for long).

Compare this to the 400 grit new diamond plate - the "gentle" hand method - at the same magnification. 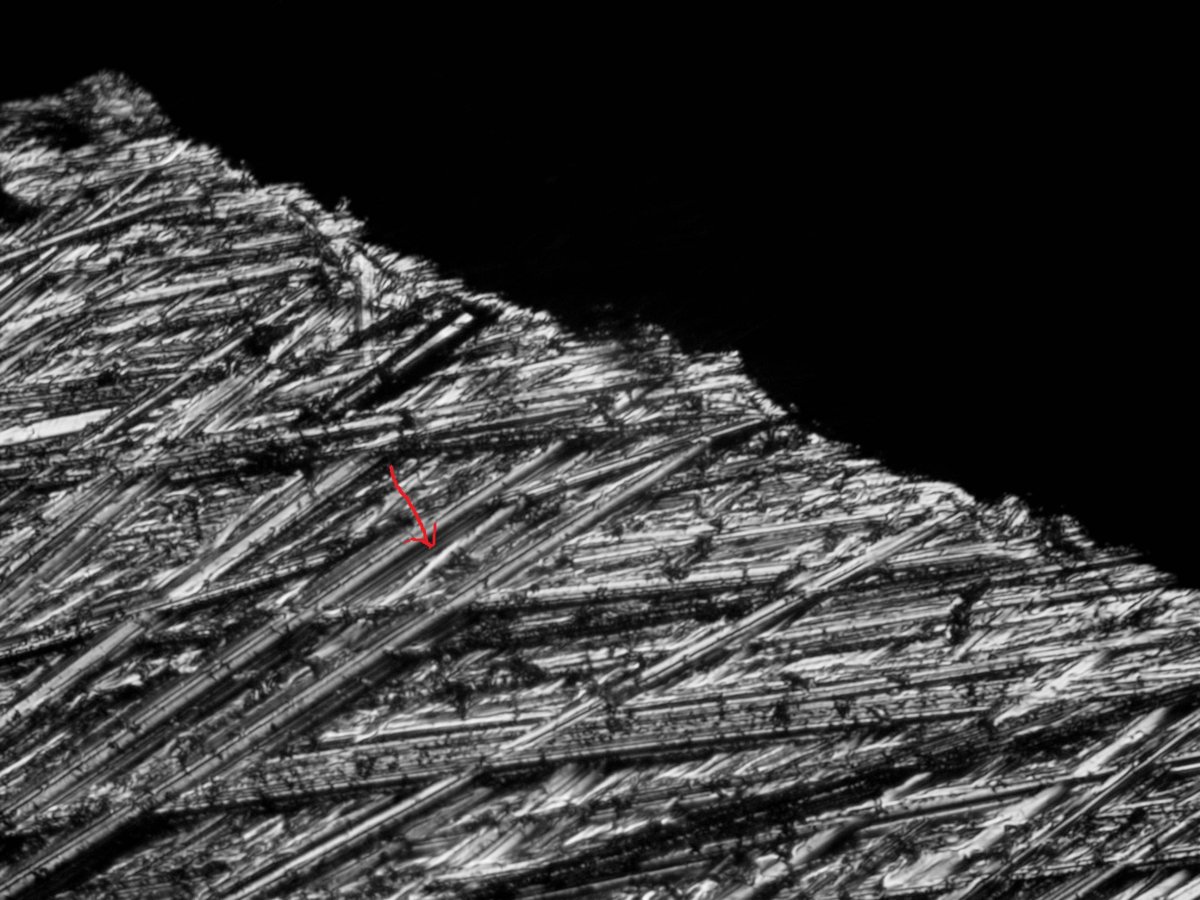 There's a picture on another thread showing what one of these does broken in. It's not a whole lot finer than a grinder, though you can control not rolling an edge over a little easier. You also aren't working at high speed, so the burr doesn't get drawn out as finely and as long.

The advantage that the grinder has is speed, and speed allows you to apply less pressure. 24 grit suddenly looks a lot like 400 because the work on the grinder is being done at the tip.

FWIW, it's also easier to burn an iron with hand pressure on a long sandpaper lap if you get heavy handed. The last temper I ruined was with a lap, and not with the grinder.
D