I had a message from a friend a couple of days ago. We both have the same Xcalibur 10" Cabinet Tablesaw. The arbor is removable with a hex hole broached into the end. The steel is not as hard as we would like and the hole is beginning to get rather rounded, and it is only a matter of time before we both insert our Allen keys to no avail.

I've been trying to source spares. There is one on a US site, available for $126 :tongue9: , but nothing in the UK.

So I went to China.

I'm currently in discussions with a guy who makes the Harvey. The present model is a left tilt, which means that the arbors won't fit on mine, the thread needs to be LH. But he has said that he will have a word with his engineers. Now my guess is that the whole piece is CNC machined, so to change from a RH thread to a LH thread is a trivial matter.

I was wondering if anyone else is in situation and would be interested in a replacement arbor. If so, I could order a few.

At this stage I have absolutely no idea whatsoever what the cost would be, but it would be helpful to know if anyone else is interested in principle. No commitment at this stage.

Then I can go back and say I'd like half a dozen, or whatever it is, and get a price before confirming the order.

No promises, it may well not happen, but it's worth investigating.
M

Do you have their contact details, Bob? I've not heard from either of them for years.
I've posted the same thing on the a different place forum, there may be one or two there, too.
M

Phil publishes this address on his website [email protected] 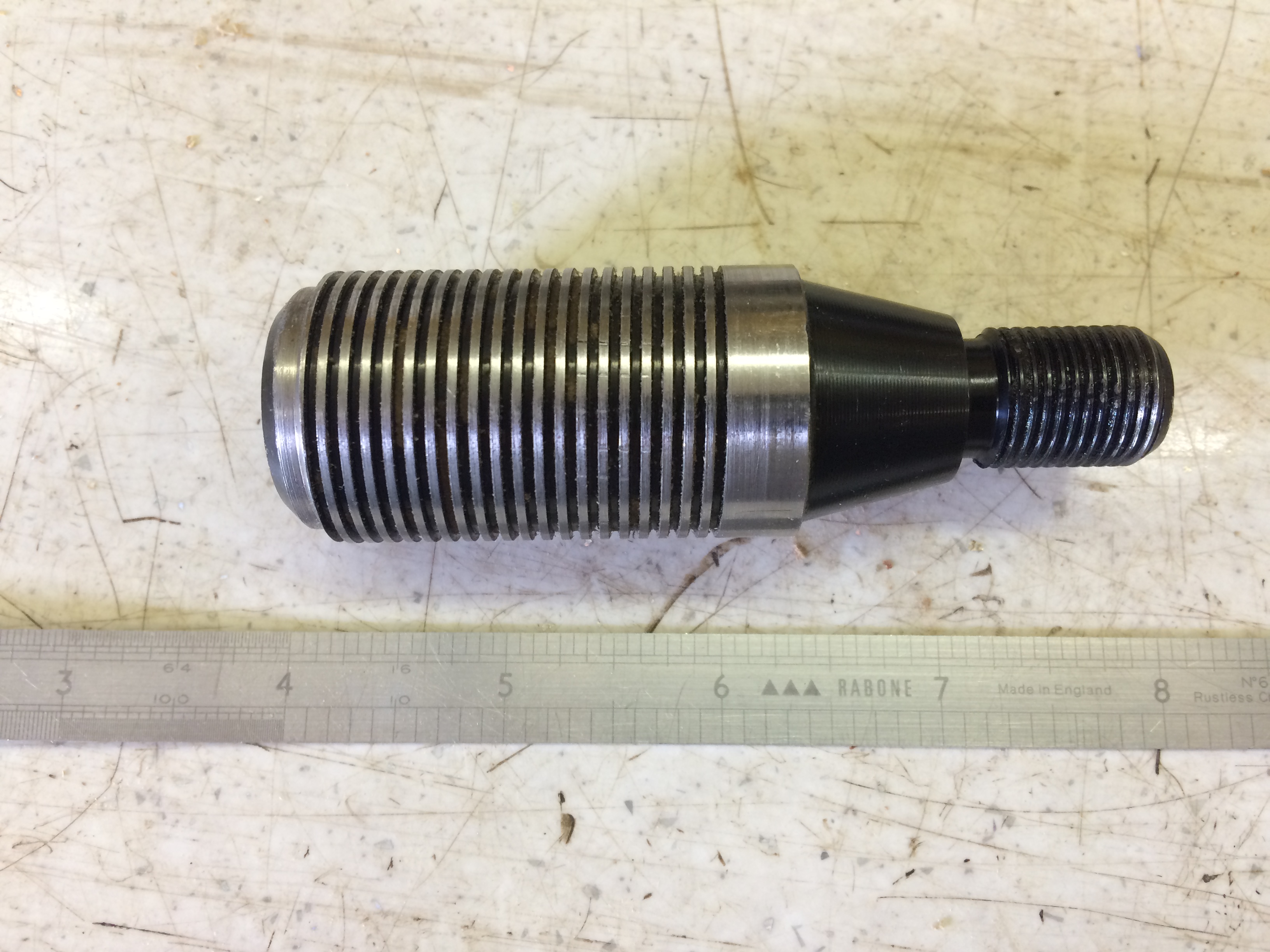 Here is my long one for use with dado set

And my 30mm one. As you can see it is getting very rounded. 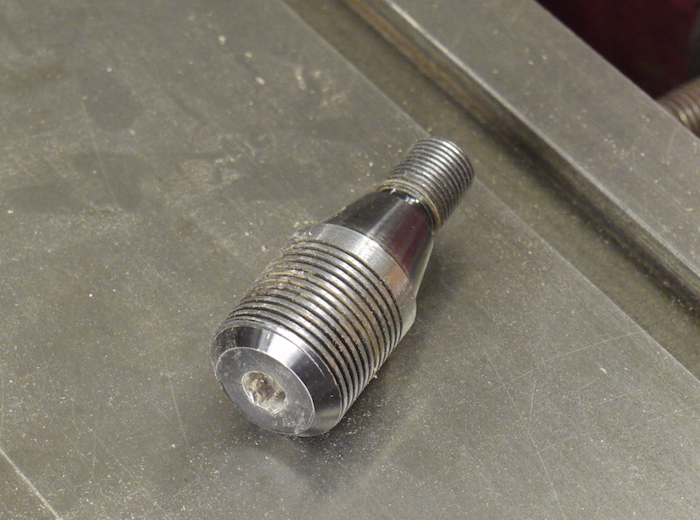 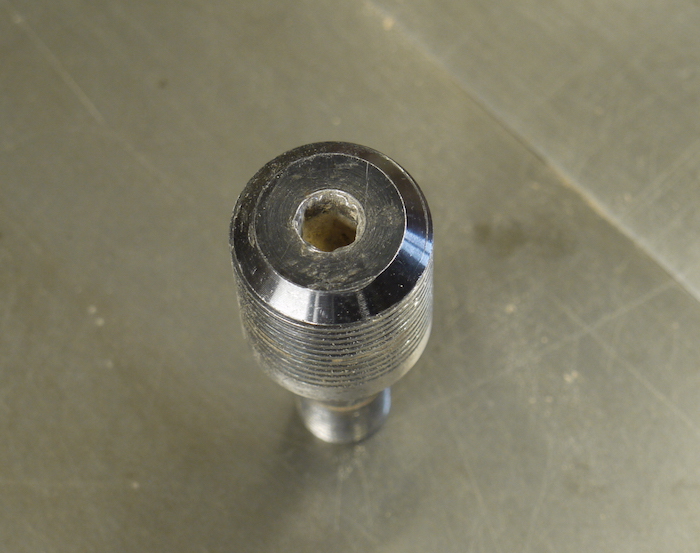 May be a silly suggestion as I’ve never used the name of saw, but why not just drill it out, tap it and pop a hex headed or better still a torx machine screw into the threaded hole (LHT) with a bit of thread lock. Replaceable item should it ever round over in the future?

Thanks for the picture. It looks very much like the ones that fit my saw. I have a 5/8" short for a single blade, 5/8 long for dado and a 1" short. I could possibly be interested in a 1" long depending on what the cost might end up to me and a confirmation on the size of thread and taper cone. My saw is a 10" and the only reason I stopped using it and set it aside was because I got a SawStop. My girlfriend, now wife, wanted to make things in the shop and I wanted the added protection. Ladies don't get a discount at the nail salon for missing fingers.

A better repair would be to find a machine shop that does rotary broaching and have them recut a slightly bigger hexagonal socket. Unless the metal is hardened it isn't a difficult job with the right tools. Option B is to have a machinist mill a square hole to fit you favourite socket wrench drive. Perfect job for a 3/8"ratchet wrench in your 30mm one.

It's not a silly suggestion at all. Thank you for the idea.

I have actually found a local place that does broaching, I'm going to visit them tomorrow. And another place that does spark erosion. He's quoted me a minimum of one hour at 45+, but I might be able to get two done in an hour, so it might not be as bad as it sounds.
C

Steve Maskery":15x84ajx said:
I was wondering if anyone else is in situation and would be interested in a replacement arbor. If so, I could order a few.
Click to expand...

Right there is what makes this forum worthwhile.

I am sure that you will be able to find someone local who can fix that problem without you having to go to the trouble of importing a new item from China.
My concern would be how soft the item in question seems to be.

I got a reply from China. No can do.

SoI Googled for local broachers and one came up just a few miles away. So today I went to see them. Much shaking of the head.

But he was very helpful. He told me where to go, and 20 mins later I was back with an M16 grub screw. He drilled out the arbor, popped the grub screw in and welded it in place. I asked if he could clean it up, but he was reluctant, pointing out that it would be removing the weld. 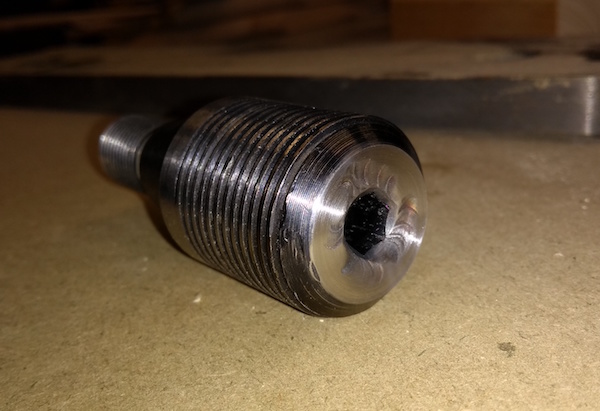 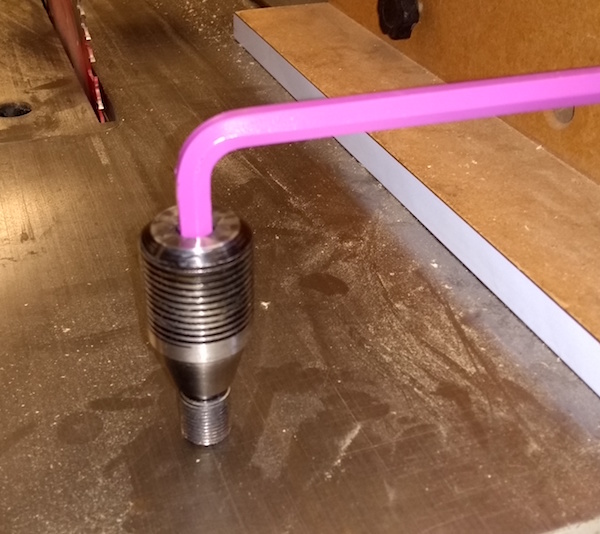 So Bob, I suggest you consider going down this route, it looks good to me and I bet you could do this yourself.