This is an odd duck. These guitars were designed to be mass produced so there is one or two things in the process that is better done with power tools for aesthetics (that's not a requirement, but my eyes are trained for strat things and I will later make a guitar entirely with hand tools that has aesthetics almost impossible to do with power tools, but not on this one). 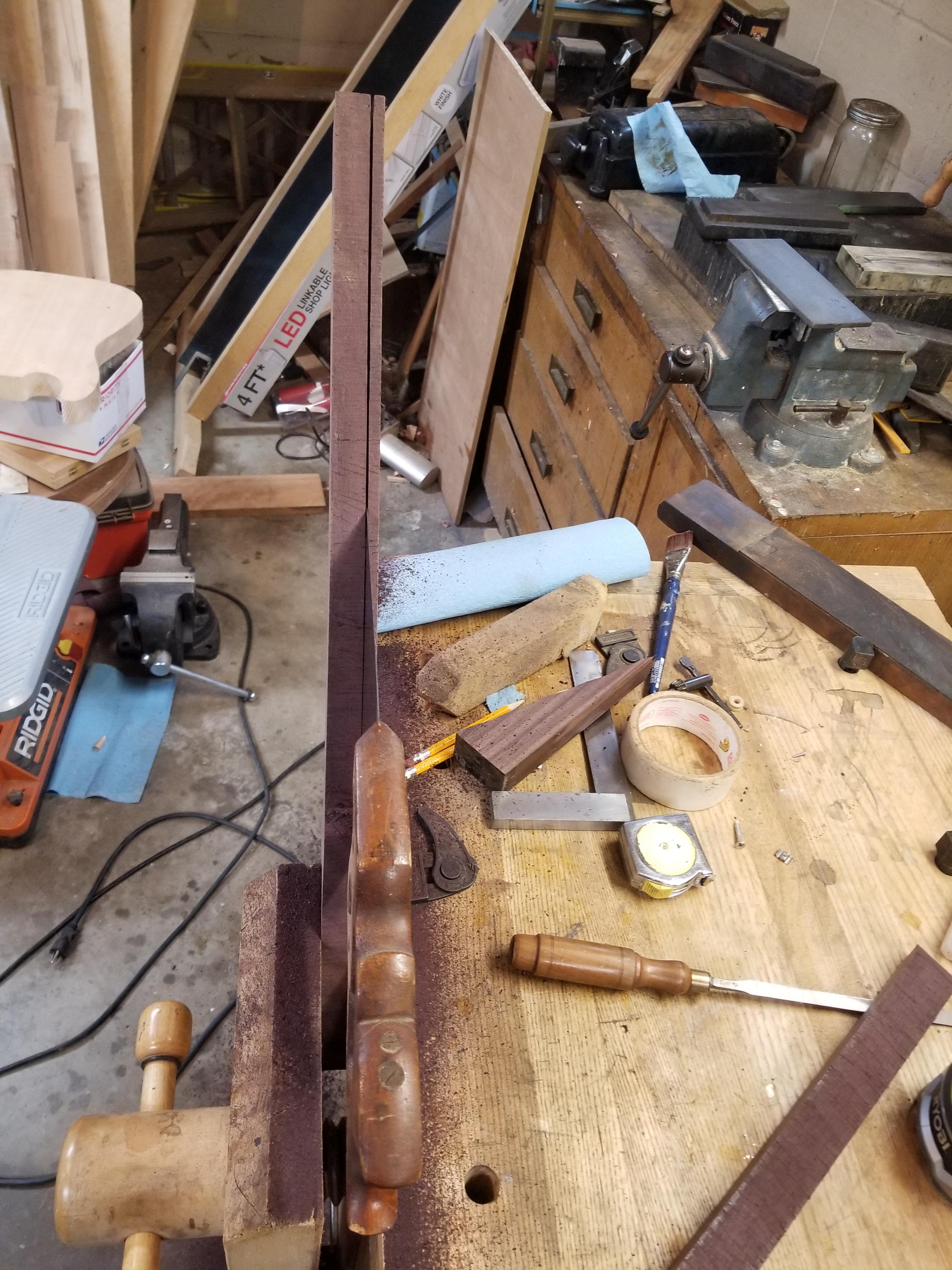 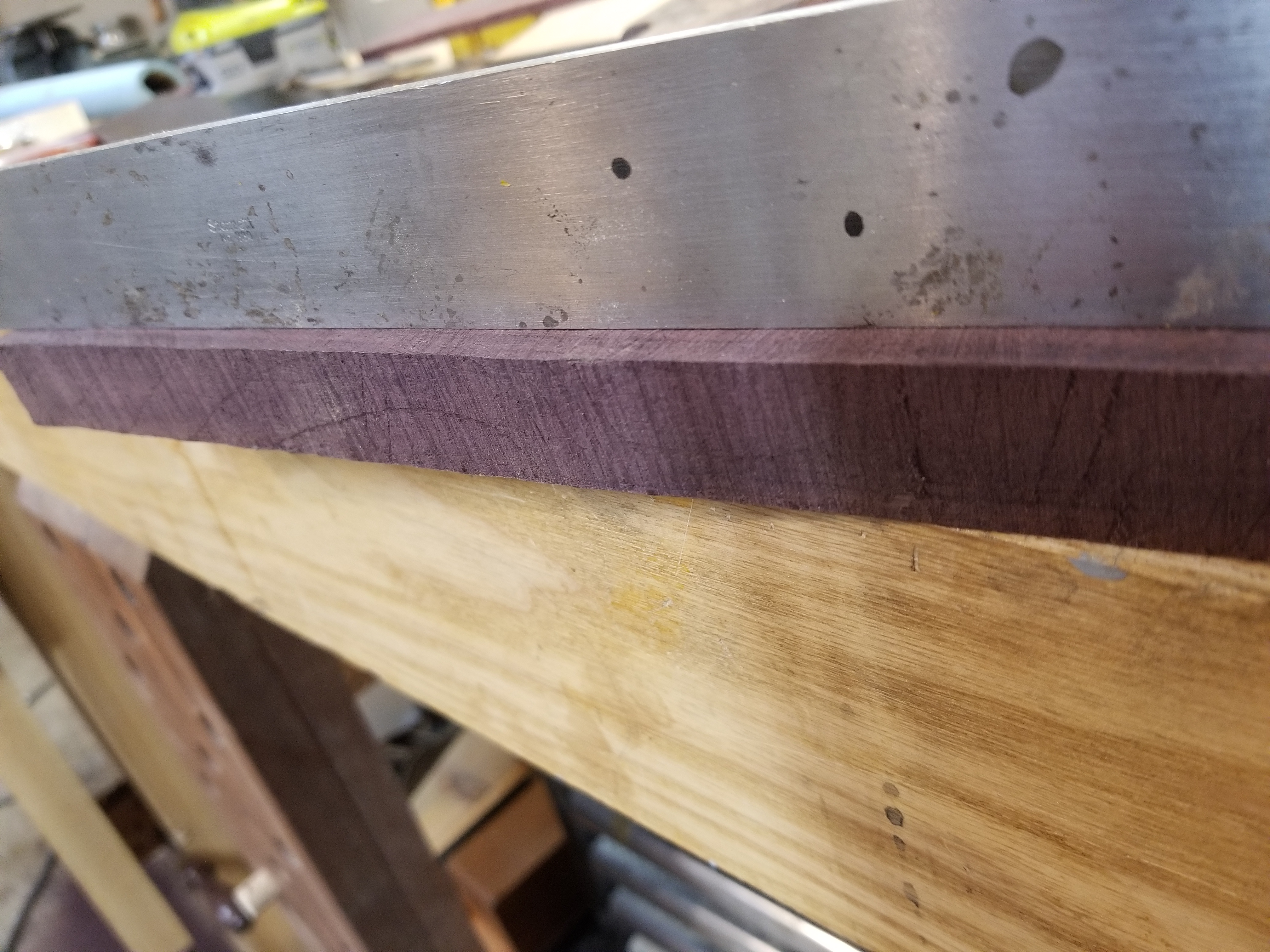 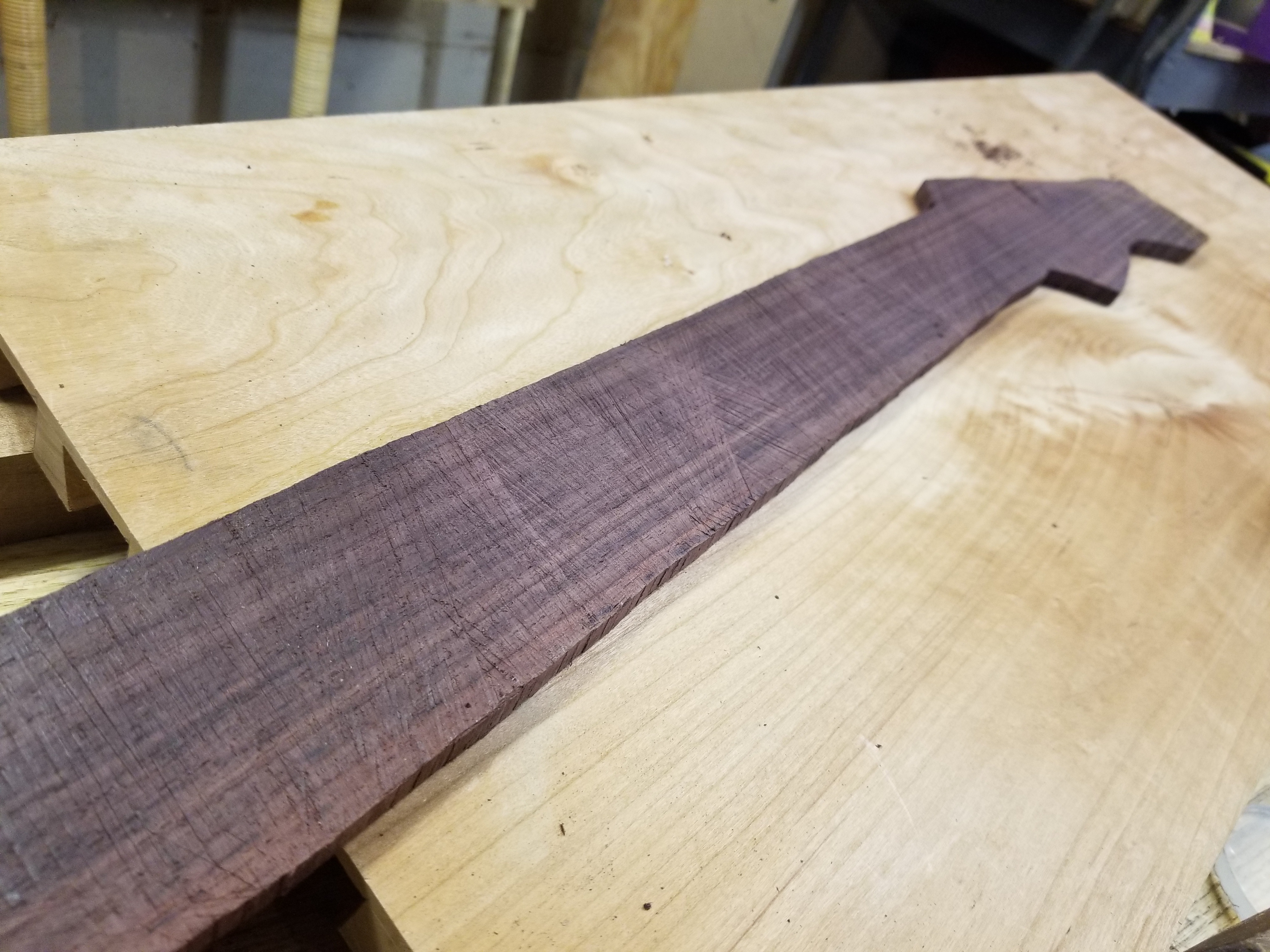 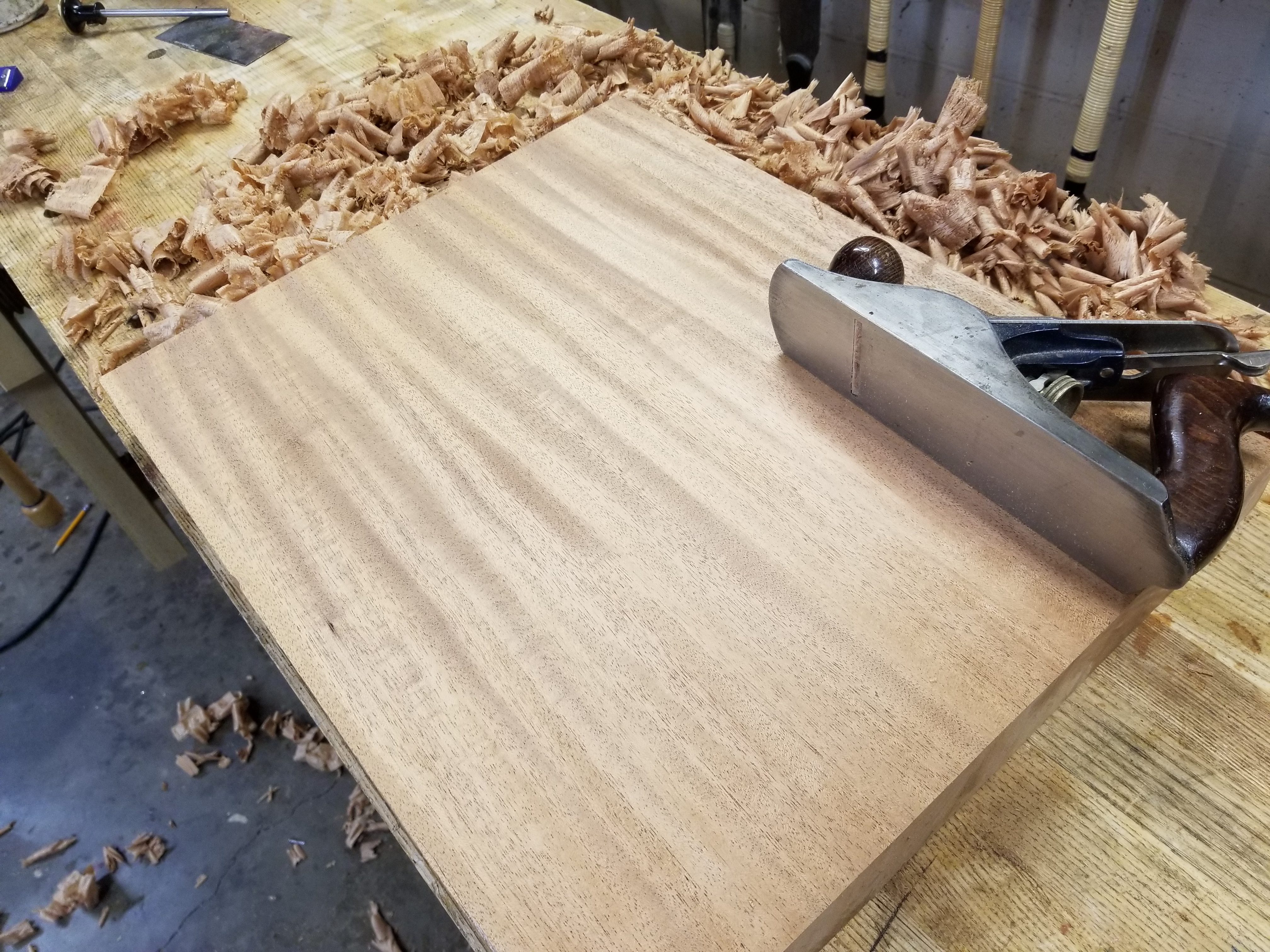 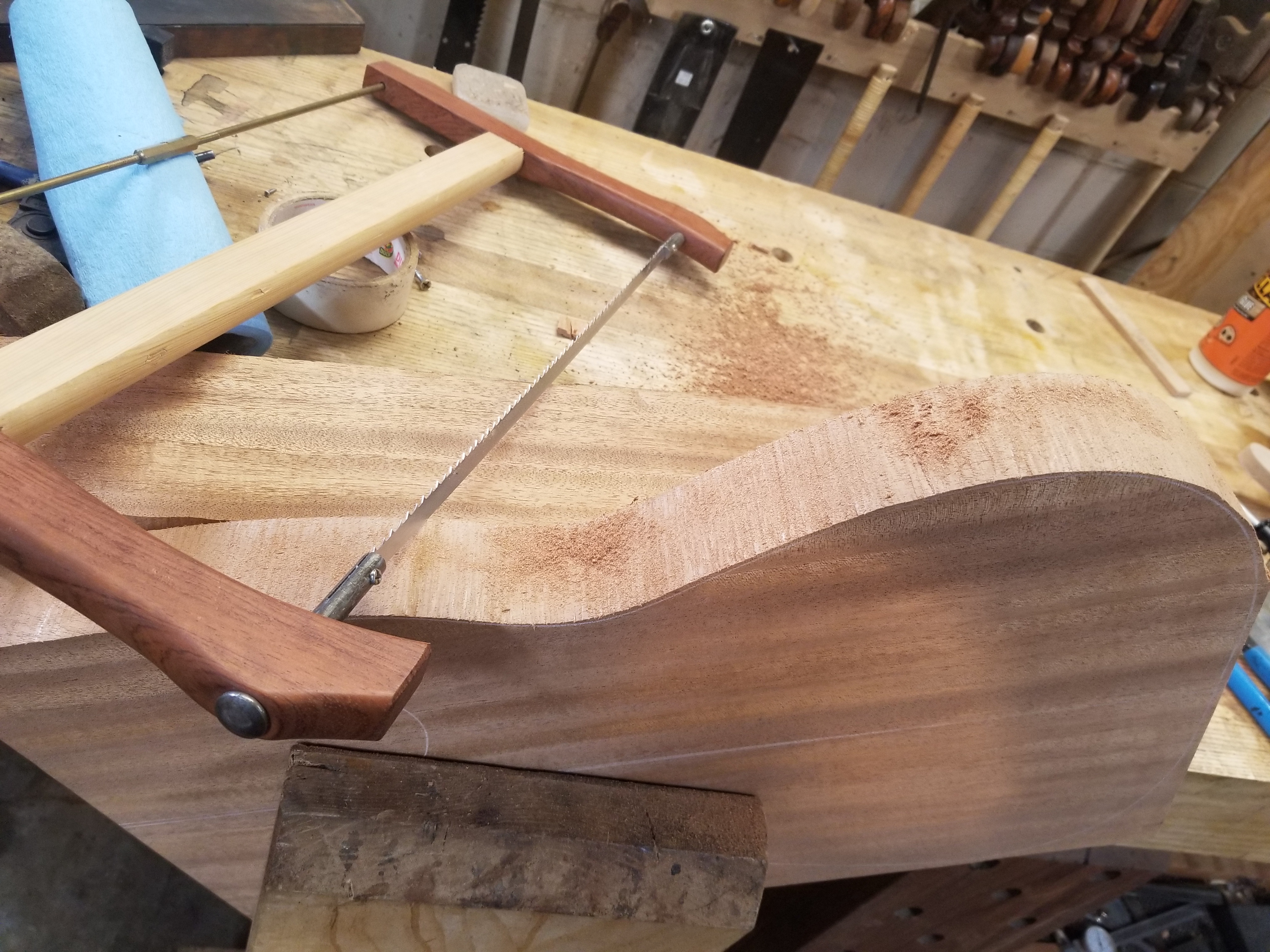 For those who play guitar, short scale isn't like super short, it's just gibson (e.g., les paul) scale on a fender shaped guitar.

I want this strat-style guitar to sound more like gibson and less like fender, but use an arrangement (how the electronics are fitted to the guitar) the same as fender because I already have the electronics fitted in a pickguard.

Interesting project. What neck profile are you going to use? My personal favourite is the triangular profile found on some Custom Shop Strats, in my case with a birds eye maple neck and similar maple fingerboard. Excellent guitar.
D

I like something a little more round (you're describing a soft V profile, those are nice, too). It'll be probably between that and older strat neck types. I just shave and scrape the neck while making it until it feels right. Another benefit of working by hand. "feels right" ends up being almost identical from one guitar to the next. 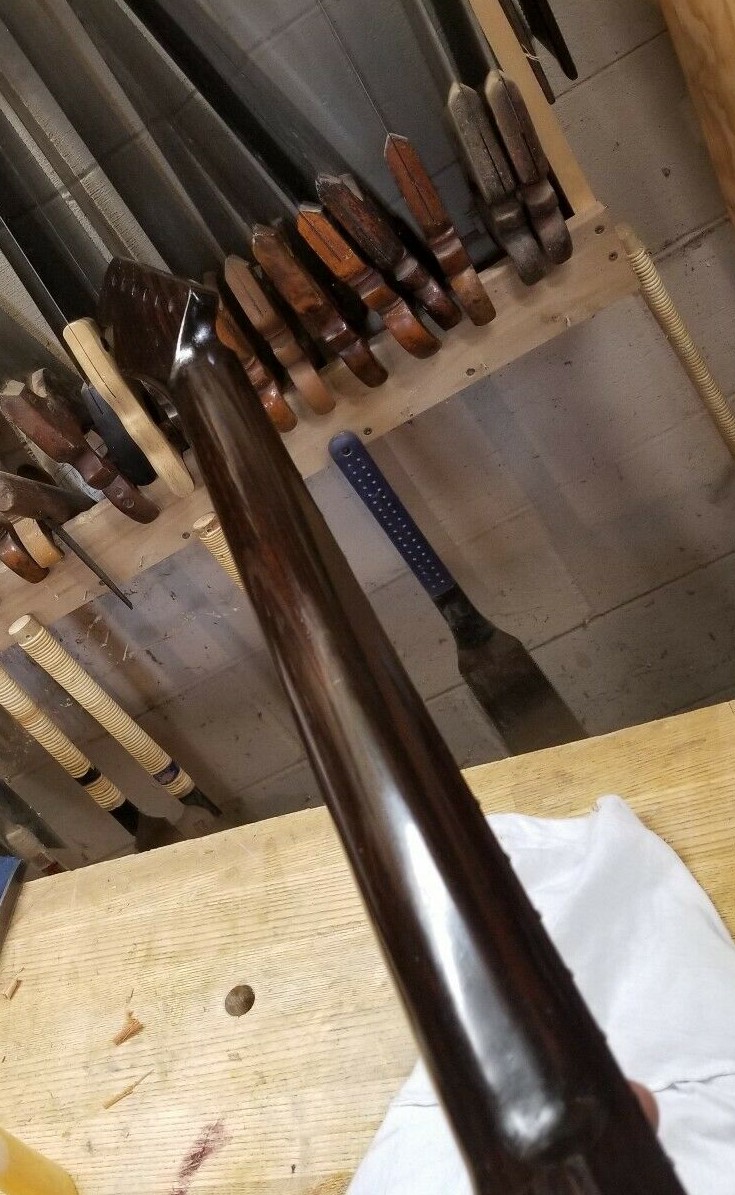 how heavy is the rosewood neck? not criticising but I'd be a bit concerned about that, it looks good, how does it sound?
D

by the way - fender put the neck profile you like on a mexican telecaster that they called "baja" and sold them for about $850. They also put custom shop spec pickups in that one (i think). It sold so well that they renamed it "vintera" and increased the price $300 or $400. 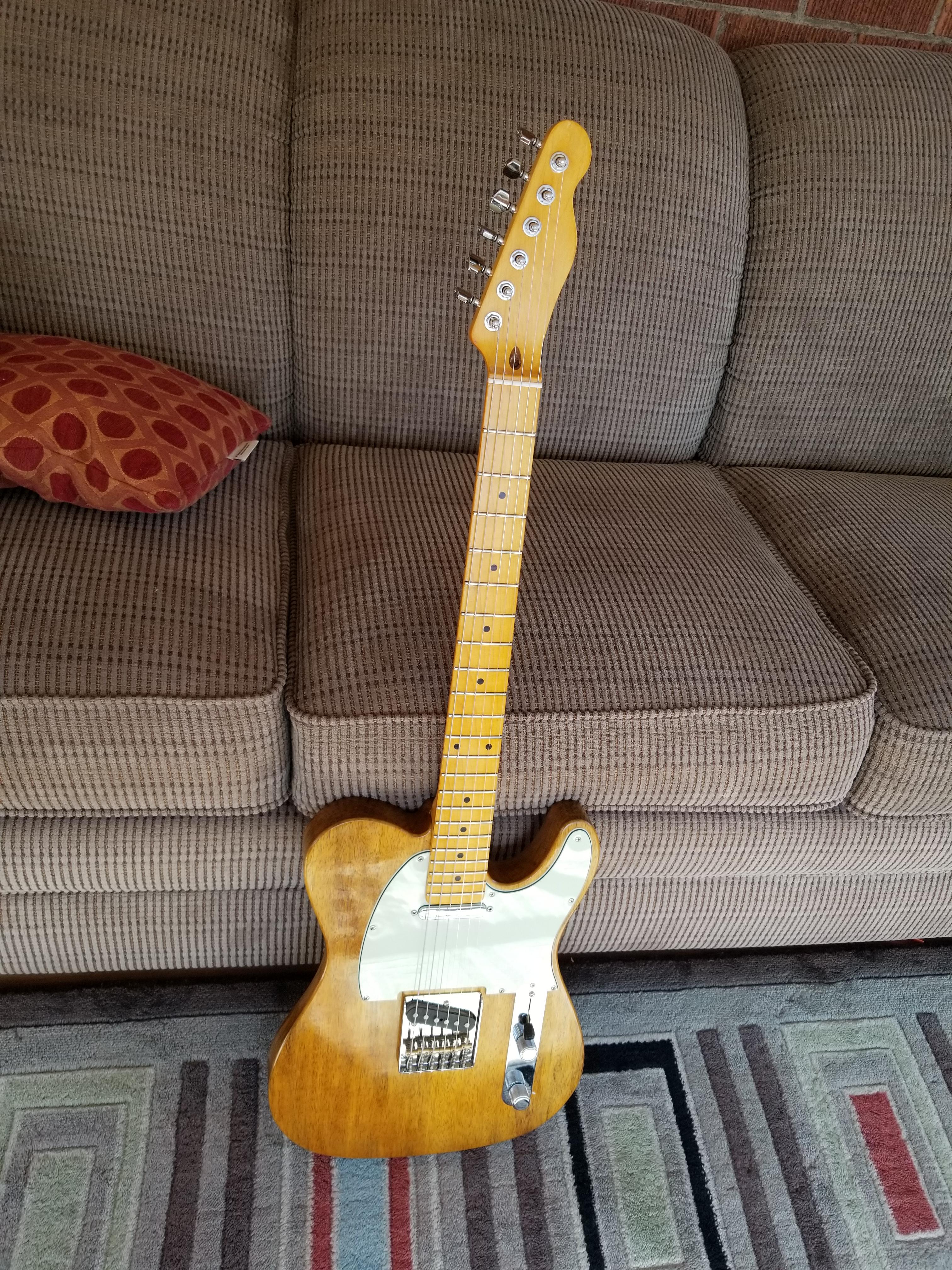 This guitar is a limba telecaster style guitar that I built (the neck is purchased, the first and last time I'll do that), it has the "vintera" hardware and electrics in it thanks to a dissatisfied upgrader. The total cost to build something like this is about $450 - depending on how you look at it, that may be money well spent or a waste of time. The purchased neck is licensed, so I could sell this one at some point without getting a nasty letter and a threat from fender. I'm quickly getting more of these guitars than i need to have, so I'm on the fence about contacting fender and asking about licensing necks so that I can make my own and still sell the guitars as used without getting sued.
D

thetyreman":20o0ni9i said:
how heavy is the rosewood neck? not criticising but I'd be a bit concerned about that, it looks good, how does it sound?
Click to expand... 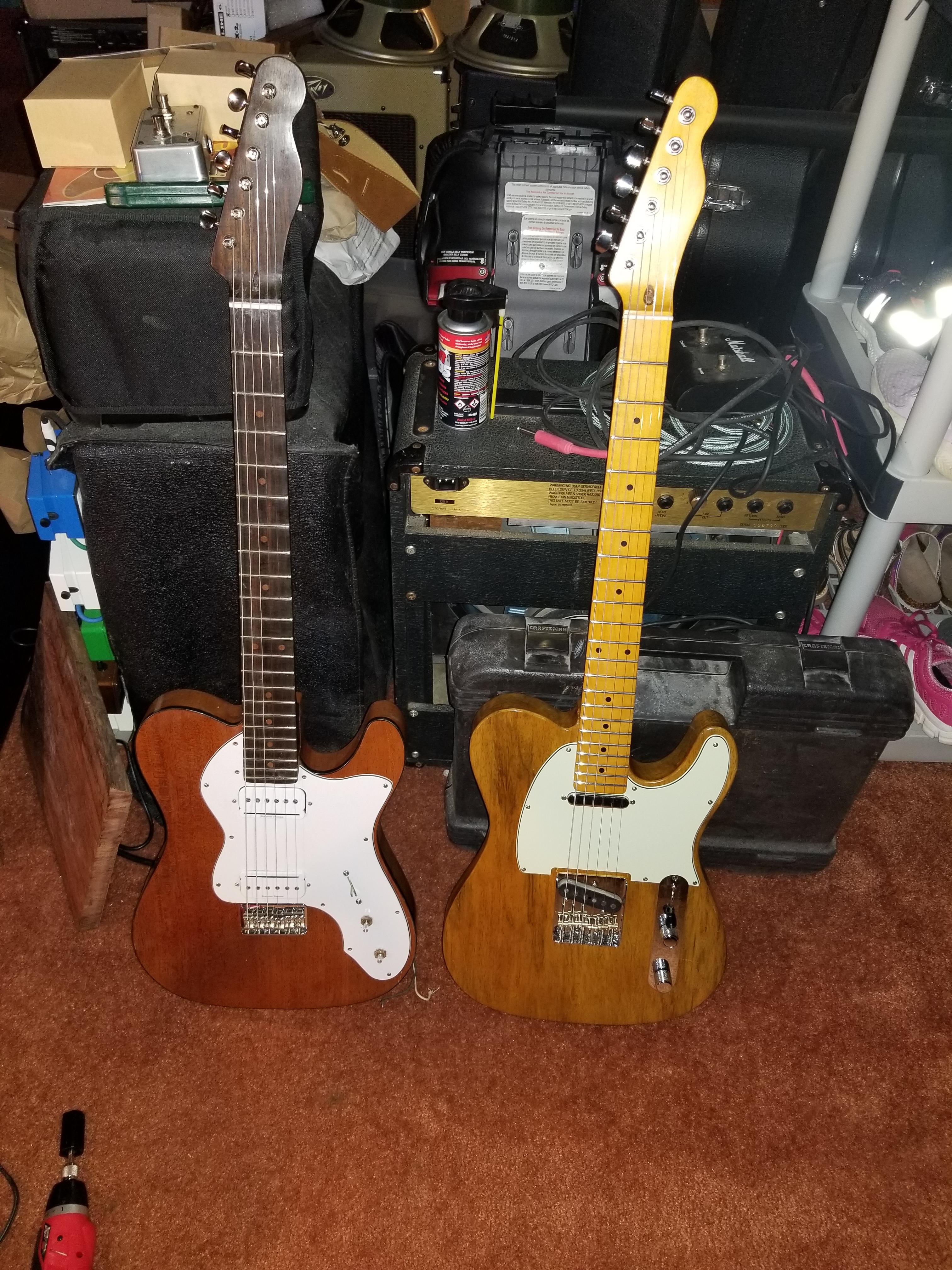 apologies to the sensitive for the cluttered basement. The mrs. doesn't like for me to keep guitars upstairs in the polite parts of the house.
P

Interesting that your rosewood is so close in density to maple. I was thinking "neck dive" too!

I'll put up a short, highlights, thread on that once it's done - going slow at the moment.