Bringing goods from the EU

Fergie 307 said:
I think it's important to remember that what we joined, and what Churchill and others had advocated, was the EEC. This was essentially a trading arrangement, without all the monetary and political union baggage that has evolved since. If the EU leadership don't wake up then it's these issues which will lead more countries to leave, and eventually bring the whole thing down. There are many examples where countries in a geographical area have formed strong trading blocks without the need to share currency and so forth, and are sucessful. They have the sense not to burden themselves with an equivalent of the EU Commission, which has sadly become a self serving, and deeply corrupt , organisation, who's major concern seems to simply be to concentrate ever more power in their own hands. I would be at all surprised to find that if you fast forward fifteen years there will be no Euro, and the organisation will have reverted to its original economic rather than political focus.
Click to expand...

Winston Churchill in fact stated at the end of the war "what is needed is in fact a United States of Europe". In fact here is the man's very speech

The Bold is my input

I wish to speak about the tragedy of Europe, this noble continent, the home of all the great parent races of the Western world, the foundation of Christian faith and ethics, the origin of most of the culture, arts, philosophy and science both of ancient and modern times. If Europe were once united in the sharing of its common inheritance there would be no limit to the happiness, prosperity and glory which its 300 million or 400 million people would enjoy. Yet it is from Europe that has sprung that series of frightful nationalistic quarrels, originated by the Teutonic nations in their rise to power, which we have seen in this 20th century and in our own lifetime wreck the peace and mar the prospects of all mankind.


What is this plight to which Europe has been reduced? Some of the smaller states have indeed made a good recovery, but over wide areas are a vast, quivering mass of tormented, hungry, careworn and bewildered human beings, who wait in the ruins of their cities and homes and scan the dark horizons for the approach of some new form of tyranny or terror. Among the victors there is a Babel of voices, among the vanquished the sullen silence of despair. That is all that Europeans, grouped in so many ancient states and nations, and that is all that the Germanic races have got by tearing each other to pieces and spreading havoc far and wide. Indeed, but for the fact that the great republic across the Atlantic realised that the ruin or enslavement of Europe would involve her own fate as well, and stretched out hands of succour and guidance, the Dark Ages would have returned in all their cruelty and squalor. They may still return.


Yet all the while there is a remedy which, if it were generally and spontaneously adopted by the great majority of people in many lands, would as by a miracle transform the whole scene and would in a few years make all Europe, or the greater part of it, as free and happy as Switzerland is today. What is this sovereign remedy? It is to recreate the European fabric, or as much of it as we can, and to provide it with a structure under which it can dwell in peace, safety and freedom. We must build a kind of United States of Europe. In this way only will hundreds of millions of toilers be able to regain the simple joys and hopes which make life worth living. The process is simple. All that is needed is the resolve of hundreds of millions of men and women to do right instead of wrong and to gain as their reward blessing instead of cursing.
J 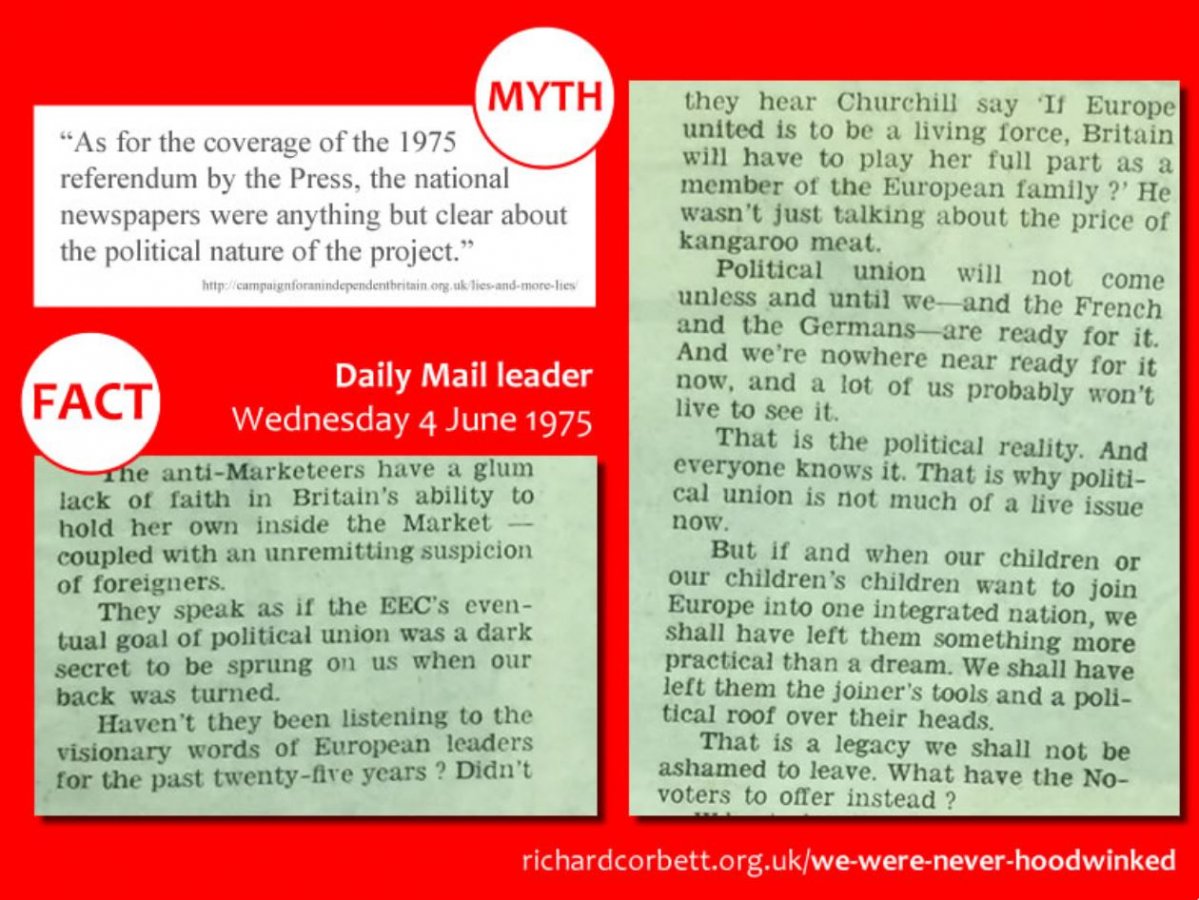 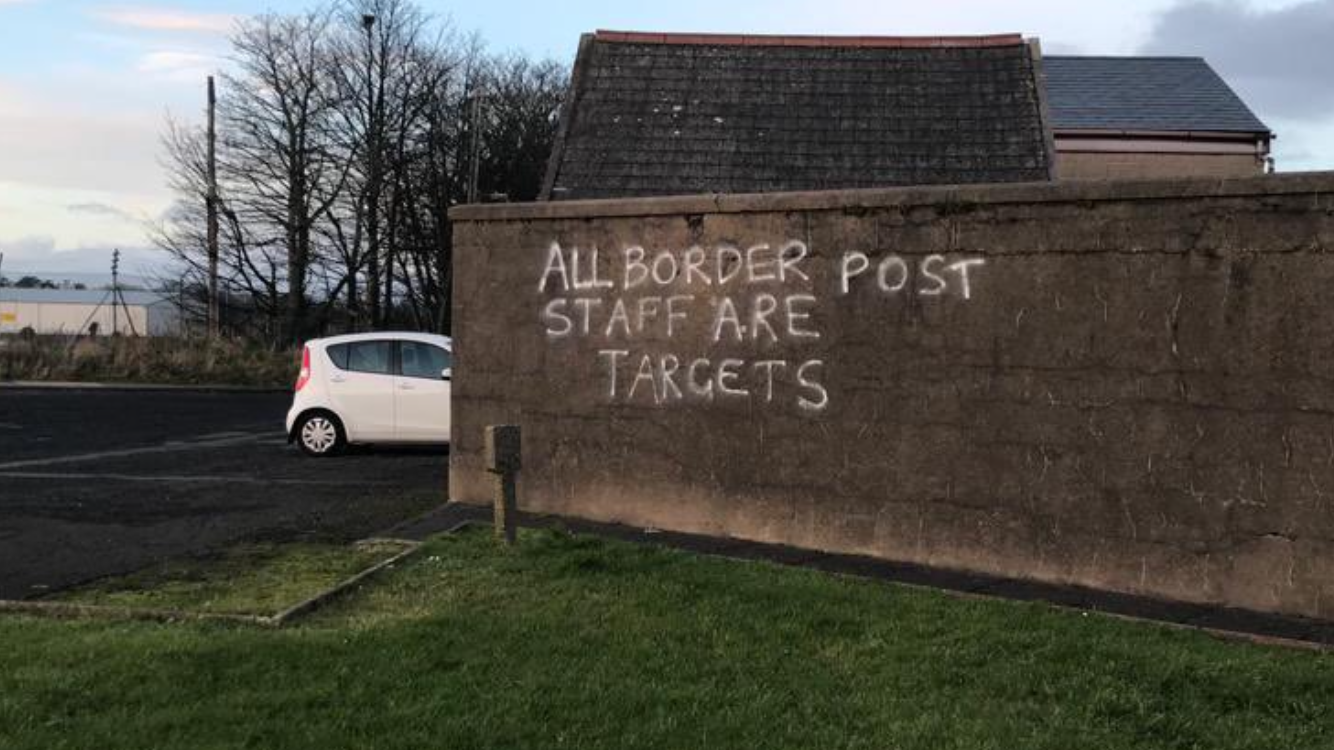 The thread is about what needs to happen to bring things into the UK from the EU. Rightly or wrongly, Brexit is done. We are out. Going over the reasons helps no one.

Now that Brexit is done, I think it is genuinely useful for people to understand how to buy things from abroad and bring them to the UK, the taxes they are going to incur and the risks they will be carrying so they can decide whether it is worthwhile or not. The costs are undoubtedly higher and there are greater risks. The Brexiteers would argue that those costs are offset by greater opportunities. I don't think we will know whether that is true for quite a while.
Click to expand...

As Jacob Rees-Mogg said quite clearly a few months ago, we will know if it is a success in 50 years time!! Meanwhile he will benefit from not having pay his taxes as his company is domiciled outside the UK in Ireland! But we will all be paying the price in limited choice due to the import duties, taxes, and reams of red tape!
R

brocher said:
Meanwhile he will benefit from not having pay his taxes as his company is domiciled outside the UK in Ireland!
Click to expand...

That's not true.
I

Thanks for the debunking of the "we only signed up to a trading club" nonsense. I voted to join and remember a lot of discussion about how trading would open the door to an ever increasing union in the future. Those who believe we were overrun by the armies of "ruling unelected Brussels bureaucrats" should remember that there are more civil servants up Newcastle way in the department of work and pensions than in Brussels! Brussels produced proposals for the members to debate, much as in the UK where legislation is also drawn up by unelected civil servants, and only later approved (or not) by the ministers concerned, before being debated (or pushed through by the whips) in the House.
Churchill saw that the pooling of sovereignity (every member gave some up) would deliver a symbiotic advantage, the sum being more powerful than the parts. Rather useful in an increasingly global world largely controlled by economic might.

I can't help thinking of a future ocean of sharks, where it will pay to be a big one, or a member of a co-operating pack. Or maybe one of those small camp follower fish that scavenge their shark host for parasites and crumbs from his fearsome bite...
R

billw said:
What sort of things did the EU do that you didn’t like and why?
Click to expand...

I didn't like that laws were drawn up by unelected civil servants and MEP's were only there to rubber stamp them. Not only seemed to lack accountability but also be a huge waste of money. I didn't like that our government used the EU as a scapegoat for laws it probably wanted to bring in but couldn't get past parliament and public scrutiny. I thought it was over reaching in it's legislation going far beyond simple trade regulation. I didn't like freedom of movement.

I did like visa free access for travel and healthcare provision when abroad, and I did like VAT free easy purchasing but neither of those benefits outweighed the costs IMO.

Hi Noel - hope all is good with you and yours mate - very long time no speak/see I know.
In fairness many of us know that this sort of extremism has always existed by people trying to capitalise on any issue to create further issues
Not saying there are no issues, but jeez I wish people would just deal with it - that's the pragmatic solution - whoever sprays things like that to intimidate others who are just working has no place, sure you agree too.
I remember seeing some 'tout' graffiti outing people (pre-social media) in the mid 90's around Belfast and often wondered what their motives were, and worryingly what the consequences were..
Cheers and all the best,
Nick.
R

We don't negotiate with terrorists.

Rorschach said:
We don't negotiate with terrorists.
Click to expand...

The ignorance of youth.
N

Seems a bit like an antinomy, no ? Or were you expecting freedom of movement for UK citizen only ?
R

Whatever the ideological arguments, as a group of woodworkers it's an awful shame to have a massive marketplace of woodworking tools to be more difficult to access.

Noho12C said:
Seems a bit like an antinomy, no ? Or were you expecting freedom of movement for UK citizen only ?
Click to expand...

Freedom of movement and visa free travel are not the same thing.
N

Well, if you have visa free travel, then you have freedom of movement.

Or are you talking specifically about the freedom of movement for workers ? Which is a different thing.

Rorschach said:
Freedom of movement and visa free travel are not the same thing.
Click to expand...

@Noho12C @Mark Hancock
Freedom of movement (as I see it anyway) is the freedom to travel anywhere within the EU for as long as you like, and work there/own property etc. You basically enjoy the rights of any citizen living in that country.

Visa free travel is the ability to travel to any country without applying for a visa and being allowed to stay for example 3 months. Depending on the agreement you may be allowed to work etc for some/all of that period. You have no rights to state healthcare, benefits etc. As I understand it we will have visa free travel within the EU very much like we do with the USA.

Does that makemore sense now? My apologies if my wording made it confusing.
S

Richard_C said:
No chance of travel at the moment, but in the past I have picked up the odd tool or bit of kit when I've been driving through France or similar. Got a few necessary bits for my 2CV once when they were hard to find in the UK. Those of a certain age will remember customs limits, X litres of wine etc., N cigars and suchlike and duty on almost anything else. I remember buying an ice axe in Andorra and managing to convince a customs man who did an 'open boot please' check that it was for personal use and had been used - evidenced by the dents on the shaft - so he reluctantly didn't charge duty on it.

Anyway, those days are back:

You can bring in other goods worth up to £390 (or up to £270 if you arrive by private plane or boat). If a single item’s worth more than your allowance you pay duty or tax on its full value, not just the value above the allowance.

If you go over your allowance then you will pay customs duty on the total value of your goods. The rate:

From 1 January 2021, you will be able to check your allowances, make a declaration and pay any tax using an online service for passengers.

You will also have to pay VAT at the standard UK rates.

I guess anything you buy online/mail order from specialist retailers will attract the whole vat fee+handling charge palaver now as well. No idea what will happen in Northern Ireland with its open border.

Gosh I'm looking forward to all of this, the forms look delightful.
Click to expand...