Mentioned on another page but rather than hijack it, thought I'd start a new topic

I own this, common consensus far from perfect but best out there. Maybe there are now better newer books out there ?

Keep saying I will Bill's book

I can addJohn Whelan's book, Making Traditional Wooden Planes.
http://www.worldcat.org/oclc/36933710
This was published by Astragal Press in 1996. I think I bought my copy from Classic Hand Tools, but they don't list it and there's a dead link on the publisher's site, so it will probably be hard to find at a sensible price. (His bigger reference book on planes got republished though.)

I used it when making a wooden bullnose plane, one of only two planes I have attempted. It covers the full range of western style mortised planes and seems to be pretty well detailed as far as I can tell. Later chapters cover moulding planes, ploughs and fillisters. I reckon if you have got that far you will know what you are doing!

I also seem to have acquired a copy of Fifty Years A Planemaker and User by Cecil E. Pierce, also published by Astragal and still listed on their site - http://www.chesterbookco.com/fifty_years_planemaker.htm.

It's chatty but also brief; the main plane making bit could have fitted in a magazine article. However, I imagine that having a set of diagrams with all the right dimensions and angles could be a good starting point for anyone not copying an old plane.

These books don't count as new, of course. I think all the new content has appeared as blog posts, forum threads and YouTube videos.
C

Can't offer any personal opinion, but I did spot this entry on the Lost Art Press blog a couple of weeks ago. It'll be a few weeks before stocks are available in the UK.

you can pre-order the 'making and mastering wood planes' from classic hand tools in the UK Cheshirechappie, it's not cheap but I put my order in so will let people know what I think as soon as it arrives, pretty sure it's going to be good though, we'll see. 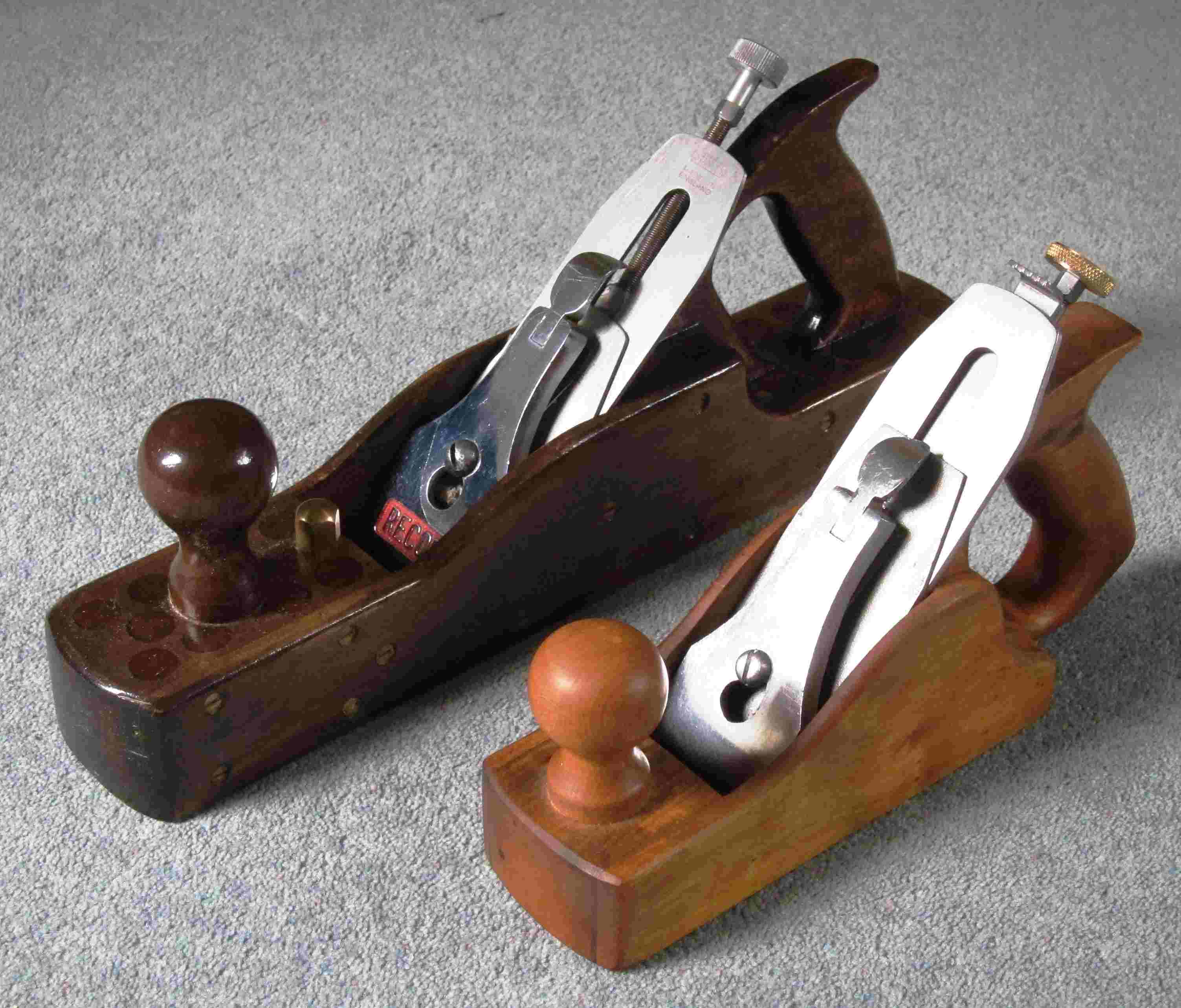 Robert Wearing wrote articles an plane making in The Woodworker magazine in 1961. I think this subject may have been covered in one or more of his books but I am not certain of this. The 1961 articles covered making a jack plane, smoothing plane and scraper plane. They are of "sandwich" construction.

Haven't seen a mention of a book called Making traditional wooden planes by John M. Whelan.
I seen it in the start of this video, Stravos Gakos is making quite a few planes.
Apologies Mr_Pea, if I'm derailing your thread slightly.
I too was trawling the interweb for some of Ian's work, but to no avail.
Here's Stravos in action
[youtube]uJfTd_dJ3gg&t=1s[/youtube]
Video embedding won't work for this one, here's a link instead...
https://www.youtube.com/watch?v=uJfTd_dJ3gg&t=1s

Bill Carter's youtube channel is the best if you want specific detail on the making of an English mitre plane.

David Weaver has made some nice planes of wood and metal, and would be what I'd follow if making a traditional jack or try plane.
[youtube]QaaYobORdA0[/youtube]

Sorry AndyT
Should have seen that
Tom
You must log in or register to reply here.

R
A chariot plane made from a Bristol Design casting