There can't be many people - if any - who know more about the industrial history of Sheffield than Geoffrey Tweedale. He's already published the definitive guides to knives and cutlery and now he has produced a comprehensive encyclopedia of toolmakers, the snappily titled "Directory of Sheffield Tool Manufacturers 1740-2018" or DSTM as I expect we shall soon all be calling it.

The first 28 pages give a succinct summary of Sheffield's extraordinary rise to dominance in world markets as it equipped workers everywhere in the trades that made the industrial revolution. It's all supported by evidence and examples. I knew that files were important as a basic tool before the rise of machine tools, but I didn't know that in the late 19th century, over half of the workers employed in toolmaking were engaged in making files. Tweedale covers the introduction of mechanisation (with the famous "rattening" incidents in response,) competition from the USA, the arrival of new tool markets for makers and users of bicycles, cars and aeroplanes. (A Lancaster bomber and its engines needed about half a million holes to be drilled, which was good news for the Sheffield Twist Drill and Steel Company, maker of the Dormer brand of bits.)

The bulk of the book however, is devoted to recording the histories of about 730 Sheffield toolmakers. For the first time, all the available sources of information have been consulted - not just the records which are relatively easy to get at (censuses, genealogies, trade directories) but also old newspapers, trade periodicals, advertisements, company catalogues, correspondence and notes of interviews with proprietors of firms. A lot of this material in in the huge paper archive at the Hawley Collection or in the Sheffield Local Studies collection and is not available online.

I should make it clear that the book is not meant as a tool collector's guide. Entries do of course mention the sorts of tools made, but you won't find much detail on exactly what was made when - that would have resulted in a book many times the size of this one, which is pretty big as it stands. (It is just under A4 size and runs to 592 pages.) However, I am sure it will be ideal for answering questions arising from tools that turn up with long forgotten names on them.

It's also a source of some surprising stories of hard graft and impressive skill. I recommend the entry on Hiram Younge as just one example.

A few pictures will help show the mixture of text and pictures. 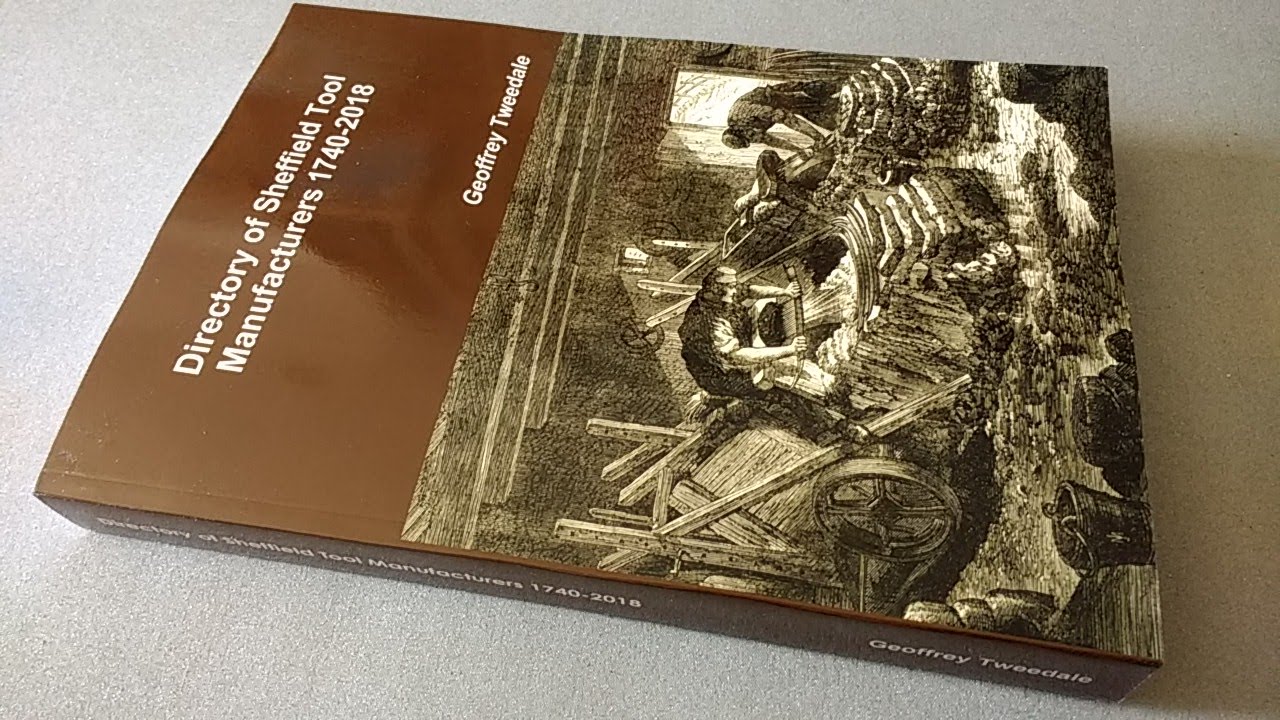 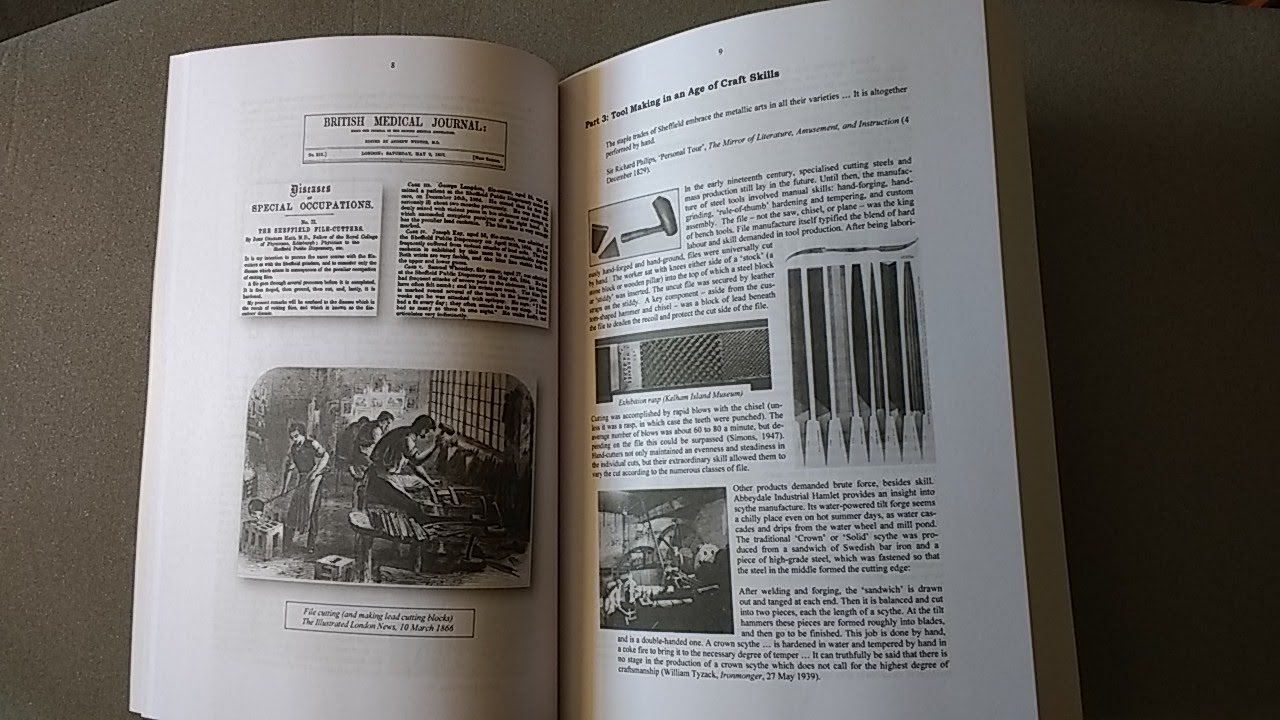 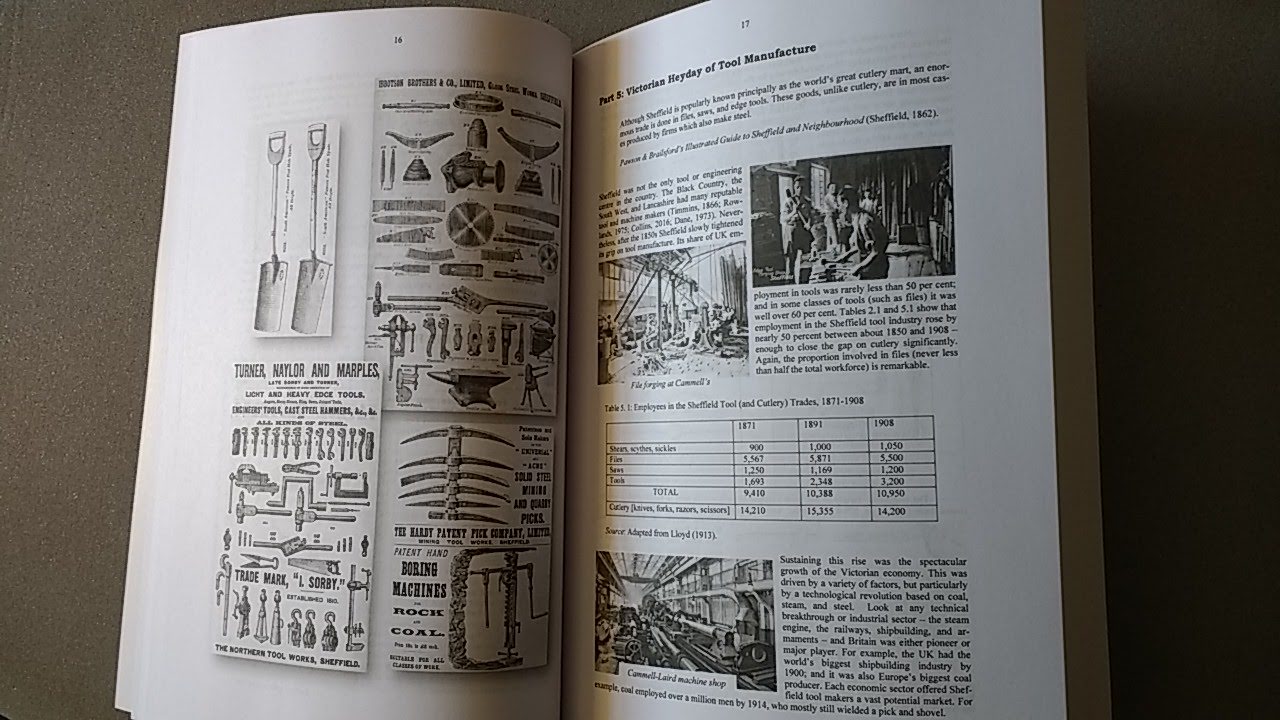 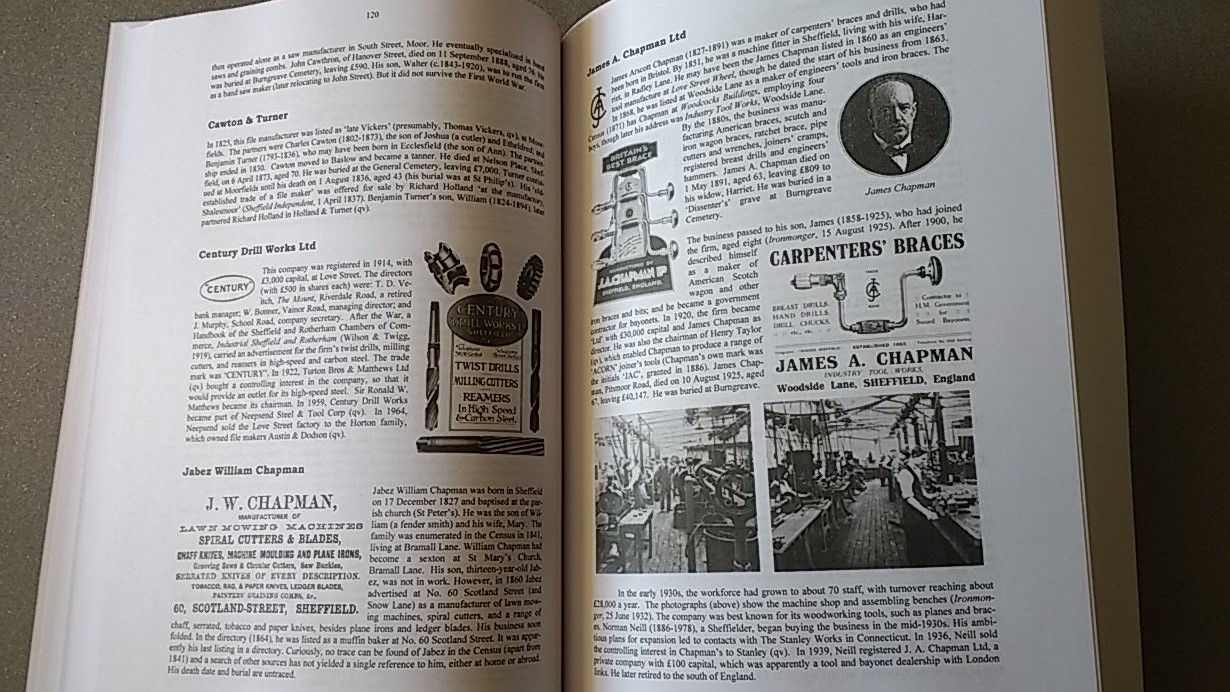 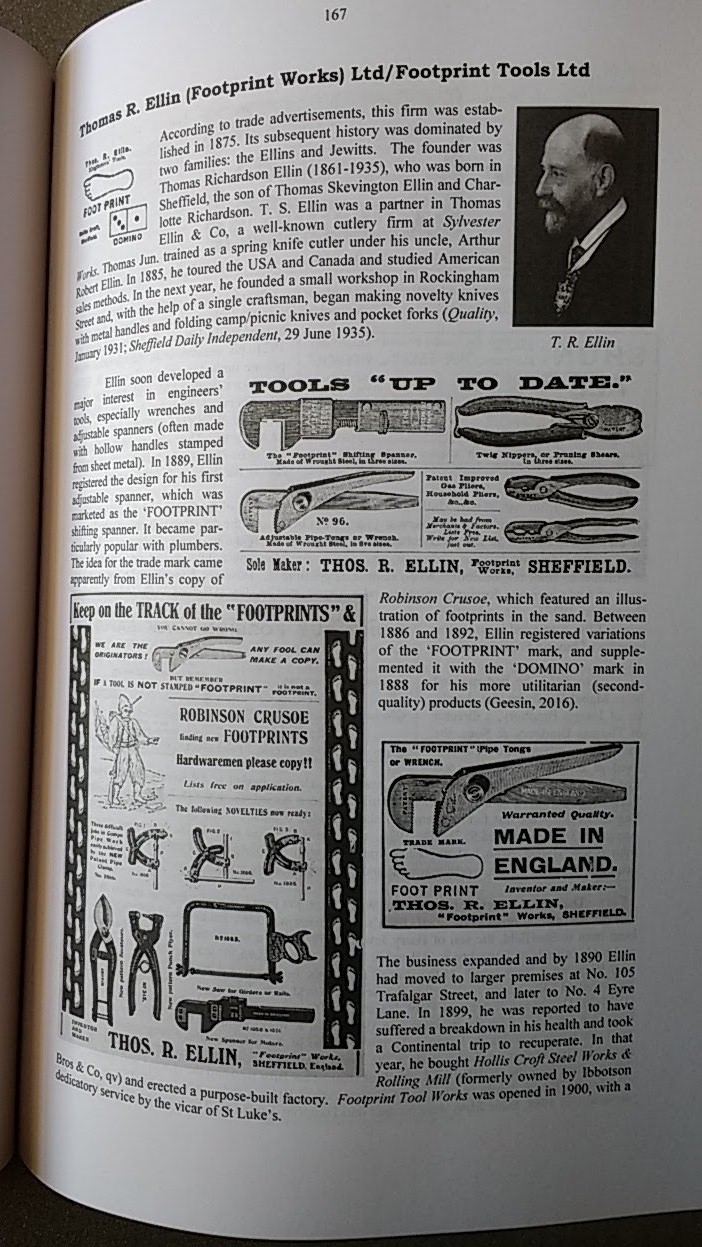 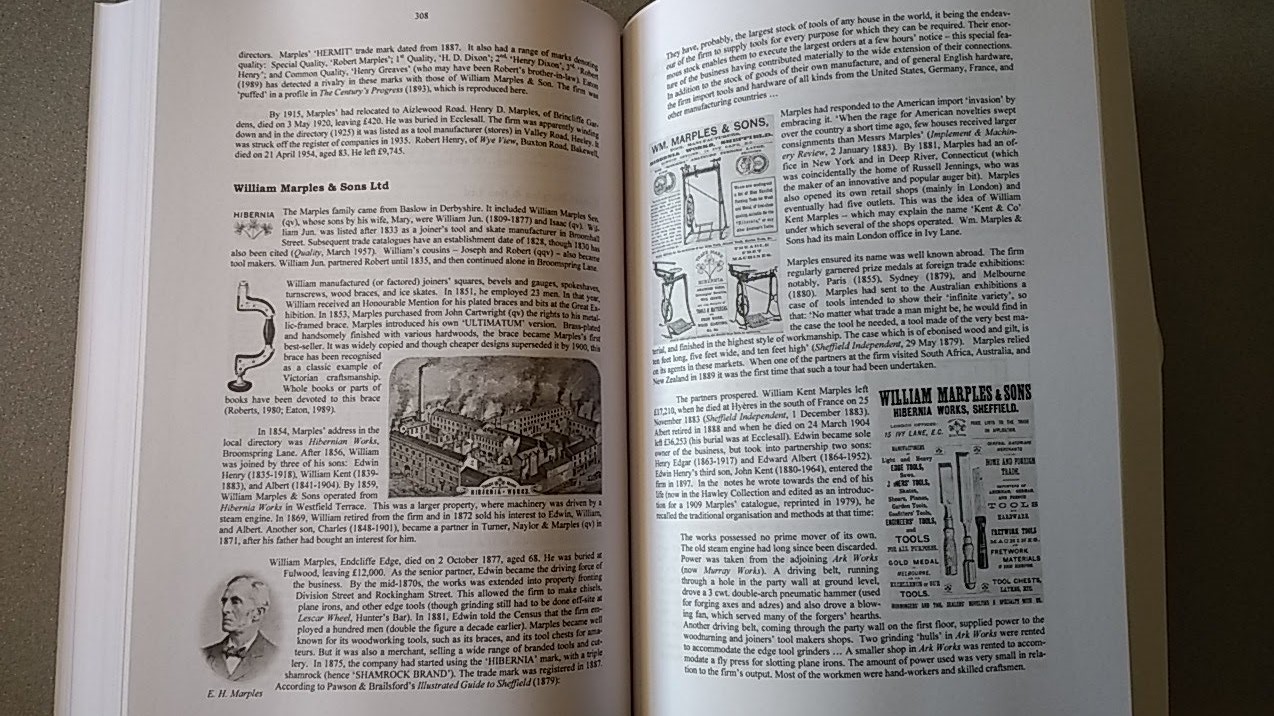 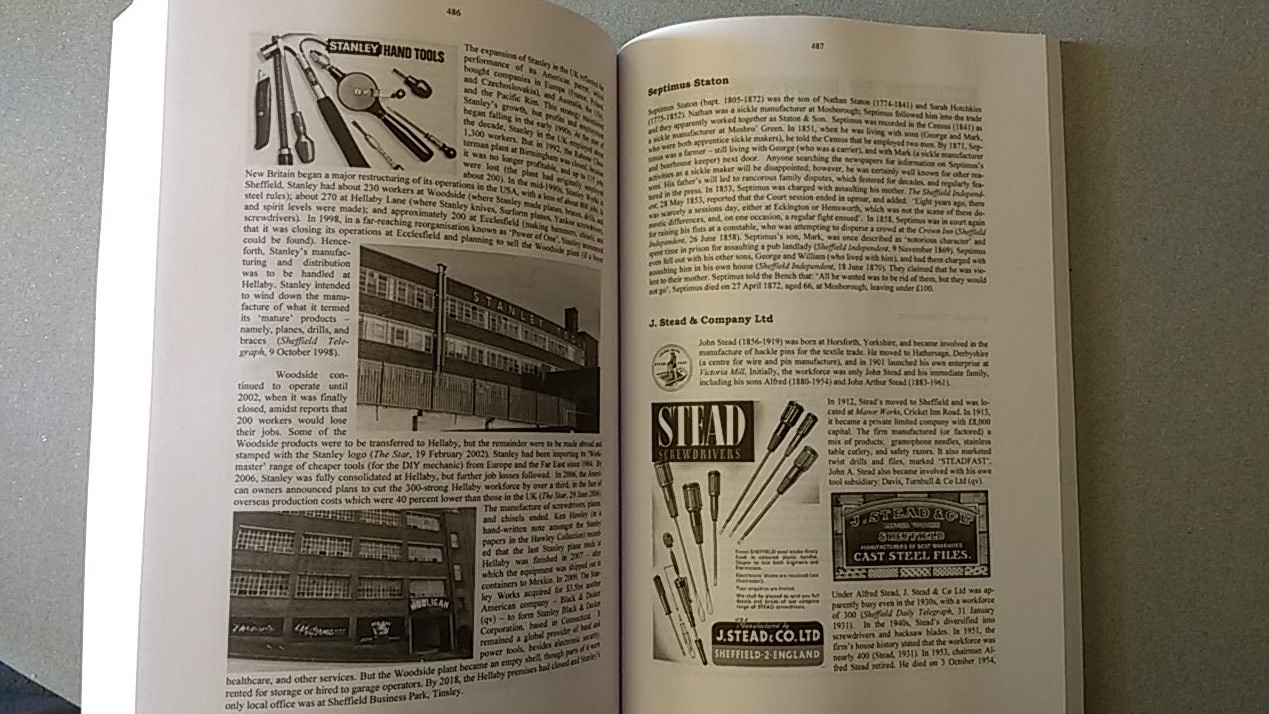 The book is available through on-demand publishers Lulu for £30 + p&p. Production quality is as good as a conventionally printed book, with the significant bonus that it need never go out of print and become an unaffordable collectable itself. You can order it direct here

It should only take a few days to arrive.

I thoroughly recommend it.

Ordering one of these today. Love the author's Dickensian name, too.