My main usage of grinders was boatbuilding, mainly repair work which involves heavy duty grinding back of fibreglass, the dust is a good insulator & clogs the insides of any grinder, its probably the hardest job you can ask a tool to do. We used to blow them out with an airline daily. The best was an old AEG that lasted me 25 years, the worst a Silverline that lasted for just 12 minutes before it let its magic smoke out & expired! The De walt is powerful but its body got so hot after ten minutes you literally couldnt hold it, mind you when you are using a grinder for 5 or 6 hours straight (the limit i could stand) its not surprising!

Hello again, I'll probably be boring you lot talking about angle grinders, but some on a shoestring
might be interested.

Had my mind nearly made up, and was going to go for the Bosch in the local, but done some more investigation, and it turns out there might be quite a lot which look very similar , but could be very different.
The model is this one, GWS 750, and NOT the one which is shown in most demonstrations
which has the same model but also a few digits on the end.
I haven't looked into those, as I'm weighing up the local options first. 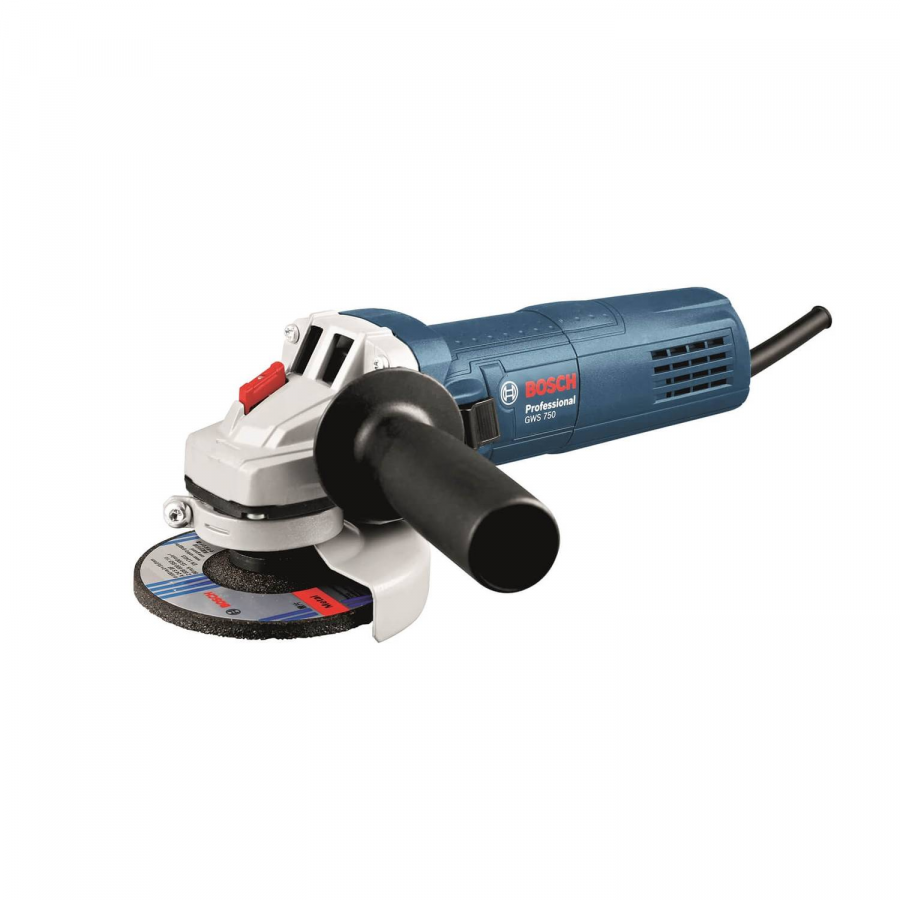 Looks pretty decent at first glance, but what I didn't cop, and I've even had a feel of the tool in the shop, was the plastic housing for the gears!
I found this video from a Russian chap and took a screenshot, he wasn't impressed with the lack of a coating on the windings of the Bosch, and pointed out the strange looking gearing compared to all others I've seen.
Seems a risk to me, and I'd have guessed that was what the first angle grinder was geared like, so seems a step backwards to me?
Not so keen on getting this tool now.
Might see if I can get a Metabo or something else for the same money, or just spring for a Makita,
although I must have a mess around with the one at the folks first.
That cap is not the only plastic part, the section in behind the metal case is also plastic, and that bit looks important and not something which could get melty,
The Metabo on the left was metal, and seems a better tool to me. 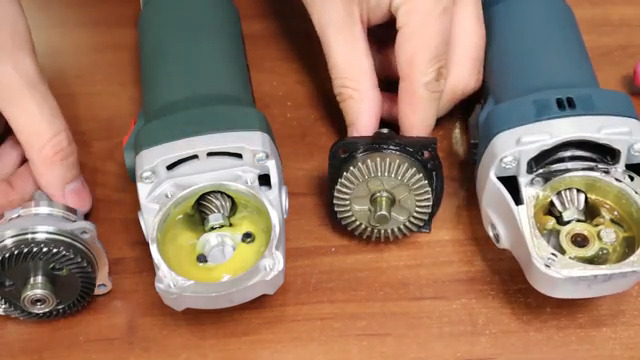 Ttrees said:
The same deal with the handle option on the Stanley fatmax tool, all the new range of those IS in homebase, but no mains power angle grinder amongst them..yet.
Click to expand...

If by chance you're always working in the same place, you may find a 110V Metabo on ebay for better money. I sold one myself (unused) for £50 six months back. A good tool, but I do need to take mine from place to place and didn't want to have to carry the transformer too.
J

Sideways said:
Fein are v nice - smoother, quieter and soft start is good, but they you pay for it and the guards at least upto a couple of years ago have the prehistoric screwdriver adjustment. Yuck !
Click to expand...

Surprised at that as mine (two 5s, and a 9) are completely tool-less (both guard and disk attachment, including hand adjustable tension clips on the guards as well as a tab to press to change the guard angle) and the oldest is more than 5 years old, maybe getting on for 10. They do a wide range of price points though (starting at pricey) so that might explain it. I've picked up mine on Ebay at discounts (through a longstanding patient search) but they are very expensive at list.

I have a small Metabo and big Makita for stone and brick stuff, they are also pretty good, definitely better value, incremental gains and all that, The Metabo seems better built than the Makita, both replaced blue Bosches which died earlier than I liked.

I wouldn't have thought so by the number of different tools from the same brand which are nearly badged the same, but a few digits extra, and available in 6,7 and 800 watts from what I've seen in the past week.
Then add in things like speed control or low profile extended heads (likely one reason why the top handle option is missing on all,
I can't say I know anything about the brushless tech, or the in-between sizes are being made
which I'm not sure I ever saw before.

It seems to me this is not a tool that you can buy without a bit of research, unless you are getting the top tier in consumer goods, like the DIY shop version of Makita, or maybe DeWalt,
(guessing they have more expensive models elsewhere)
Going by the pay for what you get slogan, and not strictly trade only, like Festool, Fein, Hilti, etc.

Seems to me, plenty of accountants involved in these reiterations and not for the better,
Likely this being much more prevalent on the more budget focused "brands"

I'll be using me ears and giving the spindle a twist on all the ones in the shop now,
as they're is some seriously skewed marketing on the tube,
some very funny Bosch ones, with testing labs and heavy metal

Holding cylinder in vice for boring, what angle to make jaws.
2 3 4