Having mostly used Stanley Bailey pattern planes I’ve branched out a bit of late to scratch an itch.

In getting hold of a few other planes I’ve also tried a few new blades.

I much prefer the Bailey adjuster to a Norris style, but the Norris style does seem to have less backlash.

my Norris smoother is no better than a Bailey pattern. The Bristol designs version is a nice plane to use, and once set has a reassuring heft.

blade sharpness has the most notable effect on performance

in summary - don’t bother buying another plane the same size thinking you’ll get a big step change. Just make sure you’ve sharpened it well.
a decent iron is the next “upgrade” I’d make, but mostly as they hold the edge better.

obligatory random photos of planes and shavings. All blades were ground at 25 degrees with a 30 degree microbevel. All shavings were thin enough to read through. When I get the time I must sort out some of the handles. 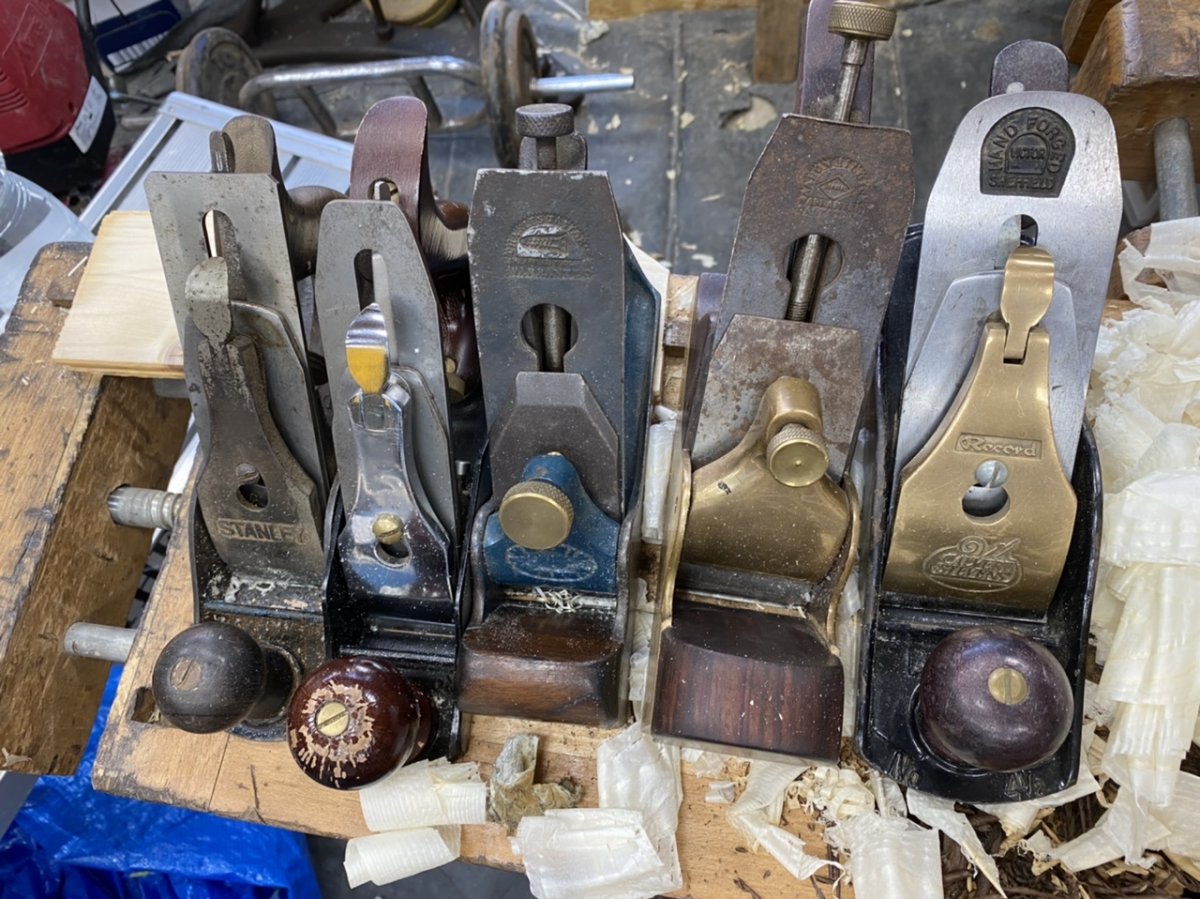 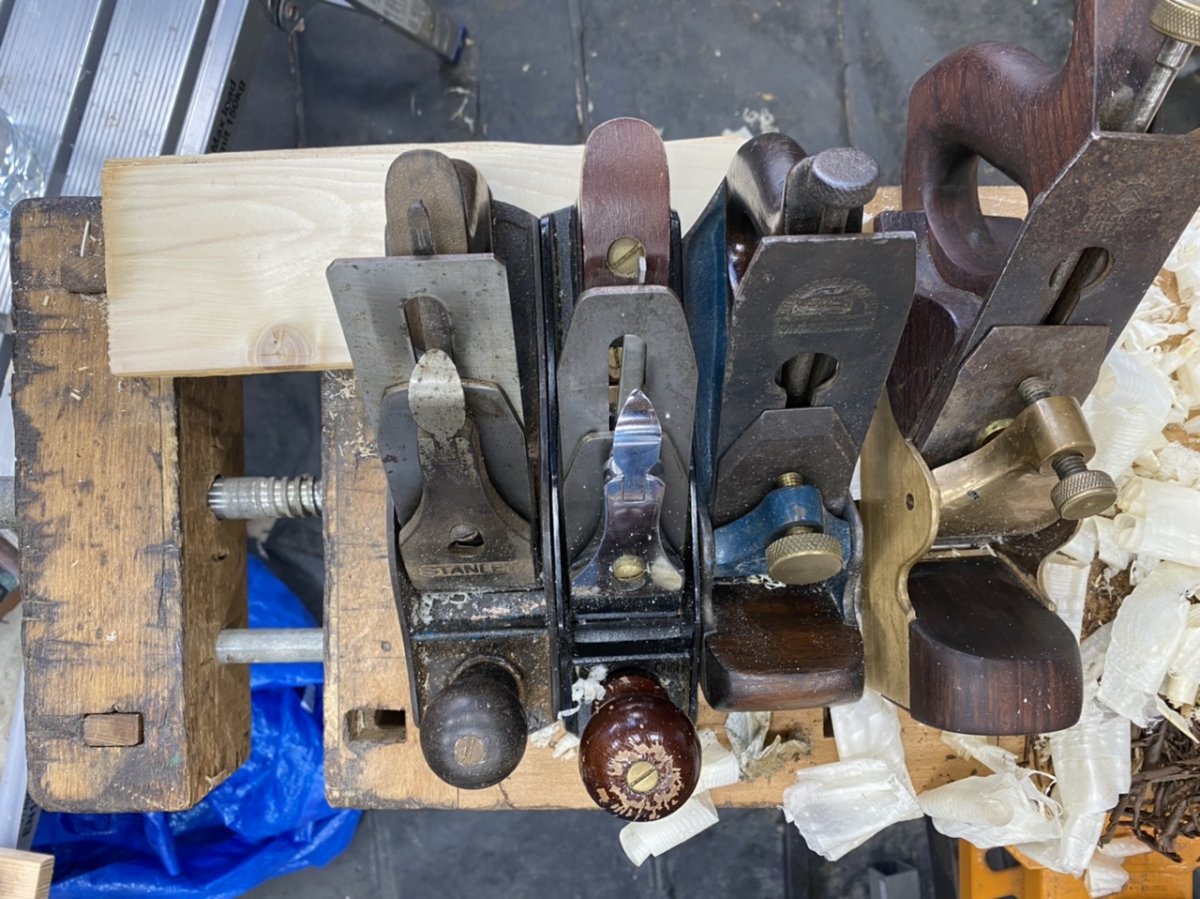 Any difference between the infill and the bailey?

I'm going to take a bailey, infill and faithful (Norris) plane to my 80yo cabinet maker freind for Wiz sharpening and see which comes up best....!
T

Nicer than a Bailey with a stock iron, but vs a Bailey with an upgraded iron the only difference was in how it felt.
The thicker irons do make me glad I have a linisher to quickly grind the bulk of the steel away allowing a small microbevel to be quickly added on a fine stone.