Looking for some feedback here.

I am building some small style mid century nightstands and would like to have the legs removable and easy to install.

they are simple tapered angles legs that mount to the underside of a small oak mitrred cabinet (44cm wide x16cm high). I wanted them to visually come directly out of the cabinet so no exposed aprons and also be easily removable for transport and posting

I made a prototype of these little bedsides a year ago where I made a tapered leg and glued a little self made mounting plate to the top of the leg reinforced with a long dowel through the leg and the plate. Then made some countersunk holes and a routed recessed placement point underneath the cabinet and fixed them. this worked well and they are pretty secure and the tables feel solid ( though they are very tiny and not load bearing). 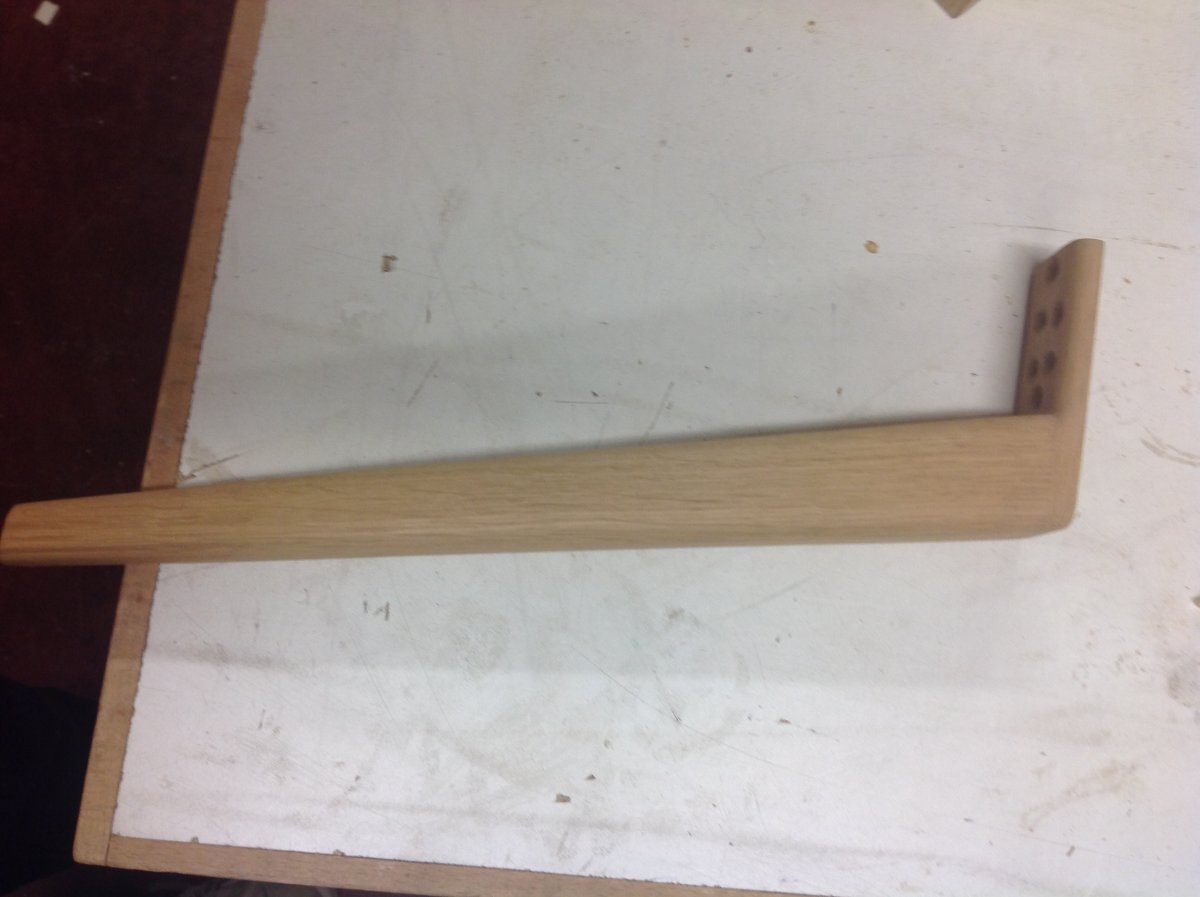 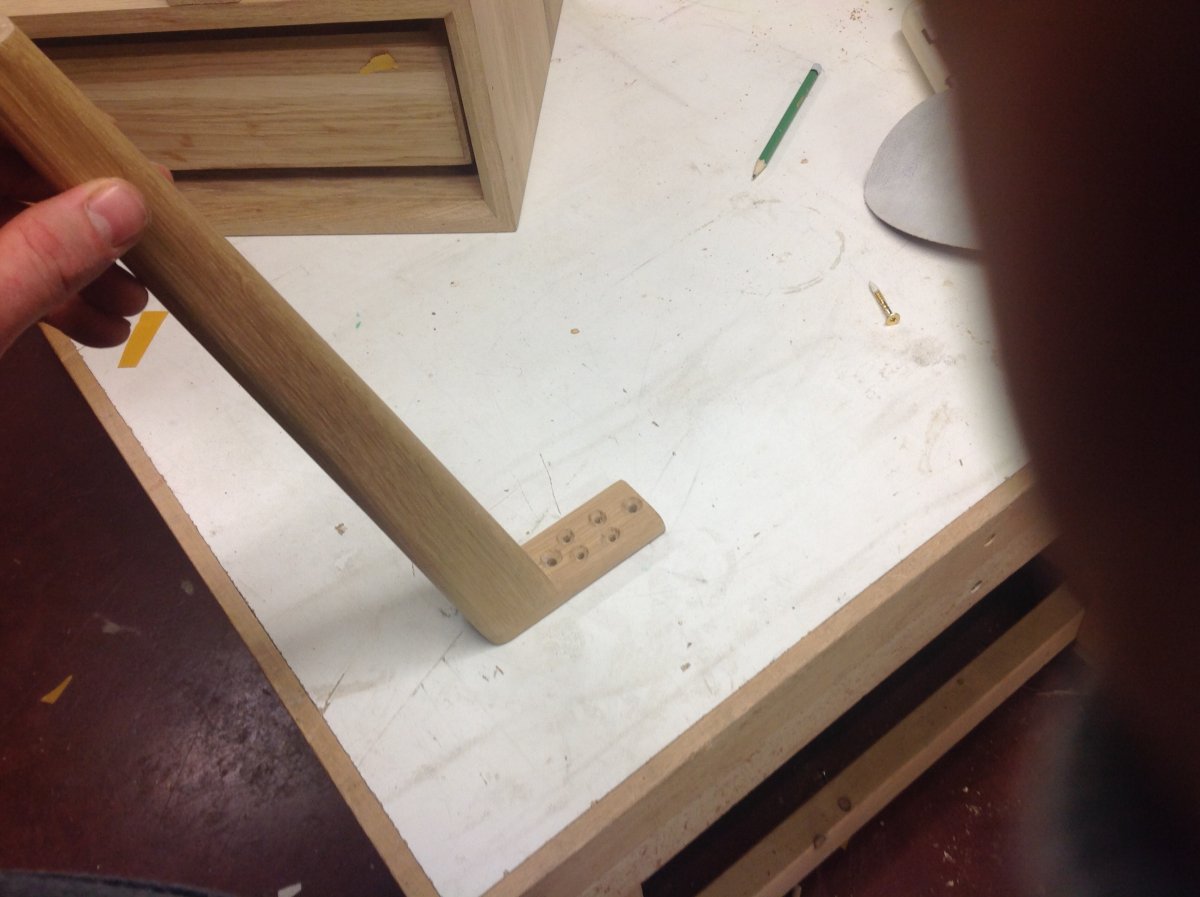 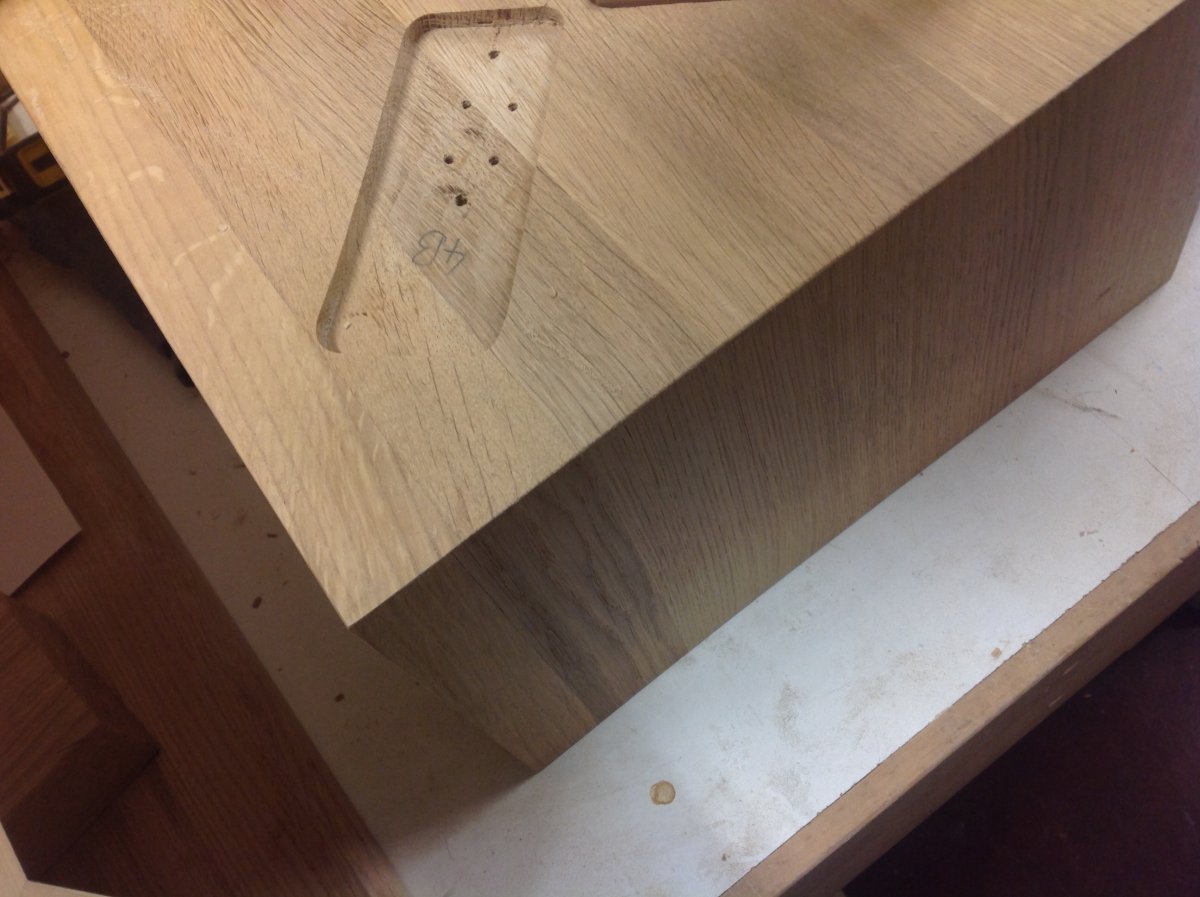 My main concern does this completely go against the rule of wood movement..

I have had no issues with wood moment on the ones i made a year ago and wonder with a piece of this size wether if that is even a possibility. In some ways it is similar to buying those hairpin legs which have a mounting plate on the top and screwing straight in to the solid wood above.

I have seen a couple of examples on etsy where the leg was made with a wood block attached at the top and as far as i can see fixed with screws. Another I saw a carpenter build some similar tapered legs and domino them straight to the underside of the small box. 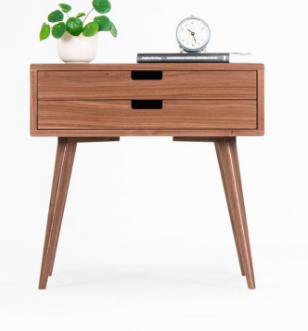 I know you can buy those metal mounting brackets but my legs have quite a specific shape and not a standard angle.

I also thought about having a bolt that would pass through the wooden blocks and the bottom of the cabinet and be received on the other side by a nut which would be hidden from view as the interior of the cabinet has a drawer.

I know this is not fine joinery but interested to hear your thoughts on wether wood movement would be an issue with this mounting technique and size of piece .

Thanks for any advice.

How can I fix a glass top to these fancy wooden legs?