Anyone own a BOSCH GCM12GDL on here ?

Saw one at Axminsters a couple of days ago and liked the look and feel of it :mrgreen:

Managed to walk out without one

Looks good, sure you'll get good use out of it. Almost certainly a brush motor.

Blister":owph2d5a said:
.....Cant see if it a induction or brush motor and yes I forgot to ask #-o
Click to expand...

This shot from the manual would indicate Brushes. 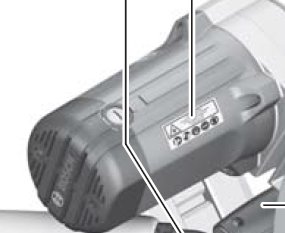 I just watched the video, very impressive piece of kit, well designed. I do like Bosch, I have the GMF1400CE router, superb.

jollyjohn":10micodz said:
I just watched the video, very impressive piece of kit, well designed. I do like Bosch, I have the GMF1400CE router, superb.
Click to expand...

I am weakening :mrgreen:

resistance is futile :lol:
B

I have the 10" version.
Starts with a bit of a bang, and startles you until you get used to it.
Does what it says on the proverbial. Mine came with an upgraded blade. So, keep it set up and it cuts clean and square every time.
I had to plug it into the socket furthest from my Consumer Unit, otherwise it tripped the circuits on start-up.
The thumb release to lower the saw is fiddly, unless you have hands like hams and thumbs longer than your forefinger!
Other than that I would only swap for a Festool.

Oooops! Sorry... Mine is an ordinary Sliding Compound, but all else re Bosch serviceability still applies.
M

"Managed to walk out without one "

Wish I could say the same (not really)! I was seduced at D&M's open day at Sandown last September (perhaps it was Alan Holtham's smooth patter - he was manning the Bosch stand) and spent much more than I planned. However, it's an excellent saw that gives a very smooth cut with the Bosch blade it comes with. Not too noisy for a brush motor and it's poweful - managed to 'kick' a cut-off over my fence to land some 30 foot away in my neighbour's garden Fortunately, it was a small piece of Red Cedar and barely disturbed his runner beans. It taught me not to be so blase and use the clamp.

Unless intended for a permanent slot in your workshop I recommend you acquire the stand - as in the D&M package. I leave the saw permanently attached and wheel it away into storage (SWMBO objected to its presence in the dining room :shock: ). IIRC it was around £830 (pre 2012 price rises I guess) for the saw and stand and Bosch were running a promotion at the time which entitled me to a hoover/dust extractor for nought (usual cost c.£200+).

P.S. My first post. I've been lurking for a while and have learned heaps and enjoyed the posts (thank you all) - most recently the 'Honeycomb' board discussion (fits in with an intended project). Have held off posting as I intended to change my online moniker when I noticed there's another forum member also called Mike S - who lives just down the road from me in Epsom, Surrey! So I may re-surface under a different guise.
T

Iv got the smaller gcm 800, had it for a few years now its a great little
Site saw lite enough to carry up ladders,id love its bigger sister, my mates got one
An its a cracker!
B

I like the look of that, i have the gcm10sd and its been flawless for the last 3 years ish. But the swing around the back of the saw is huge, floorspace before i had it fixed on a bench was hoooge.

Had to be setup properly though before use including getting the head square on the rails.
B

Also after using a friends festool, with the price difference being smaller now than it was id probably go with that

Thanks for the comments , all appreciated

Also after using a friends festool, with the price difference being smaller now than it was id probably go with that
Click to expand...

I also looked at the Festool at Axminsters , its smaller capacity , the slide is stiffer and its dearer , think I will stay with Blue :lol:

I did a review on one a few months back for the Furniture and Cabinetmaking magazine. I was very impressed with the saw and it's capabilities.

Today was the day to order my new Bosch CGM

tried several places and they are all out of stock